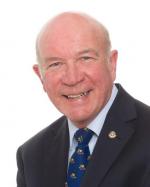 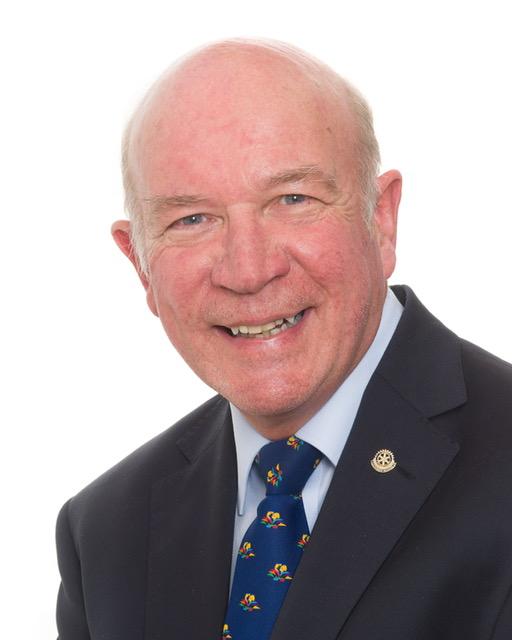 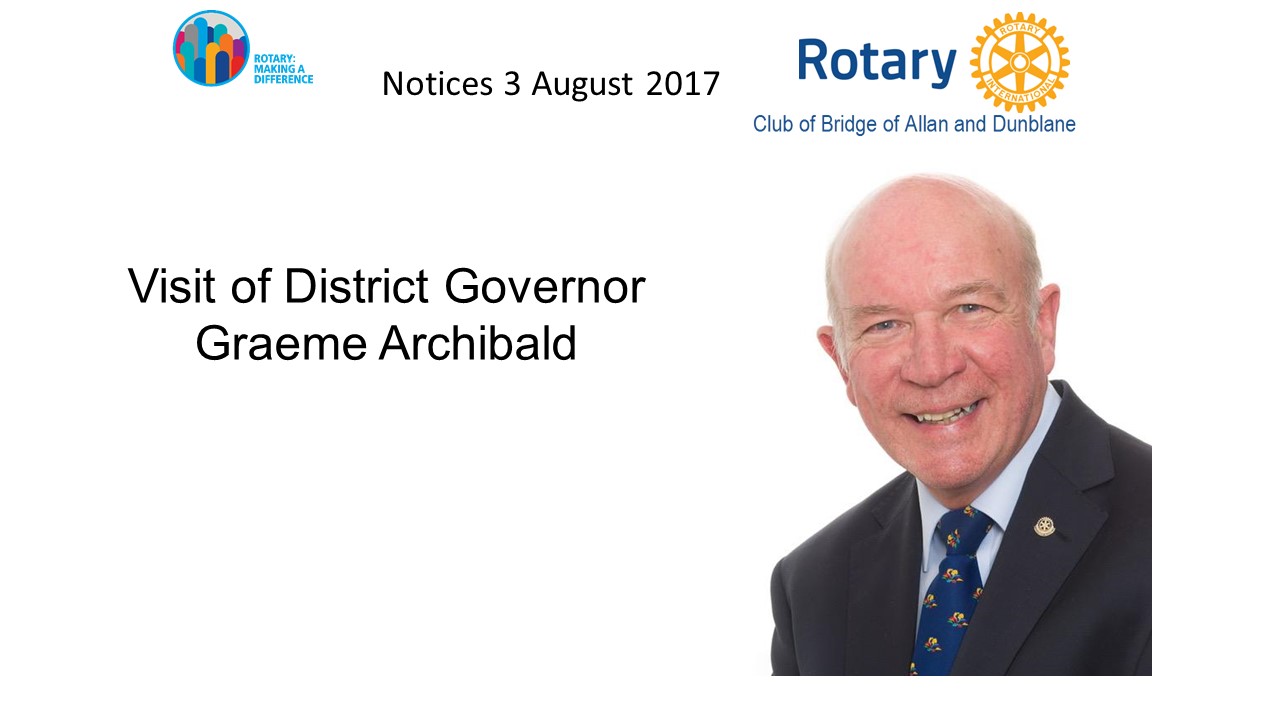 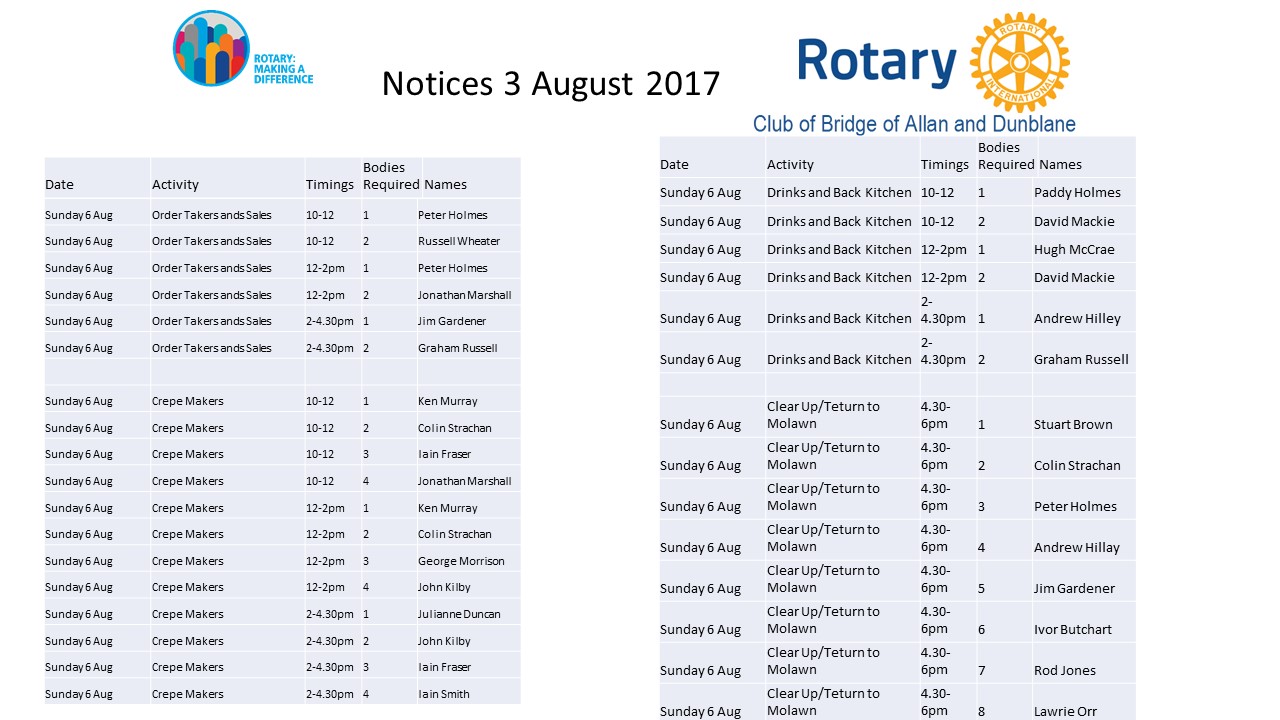 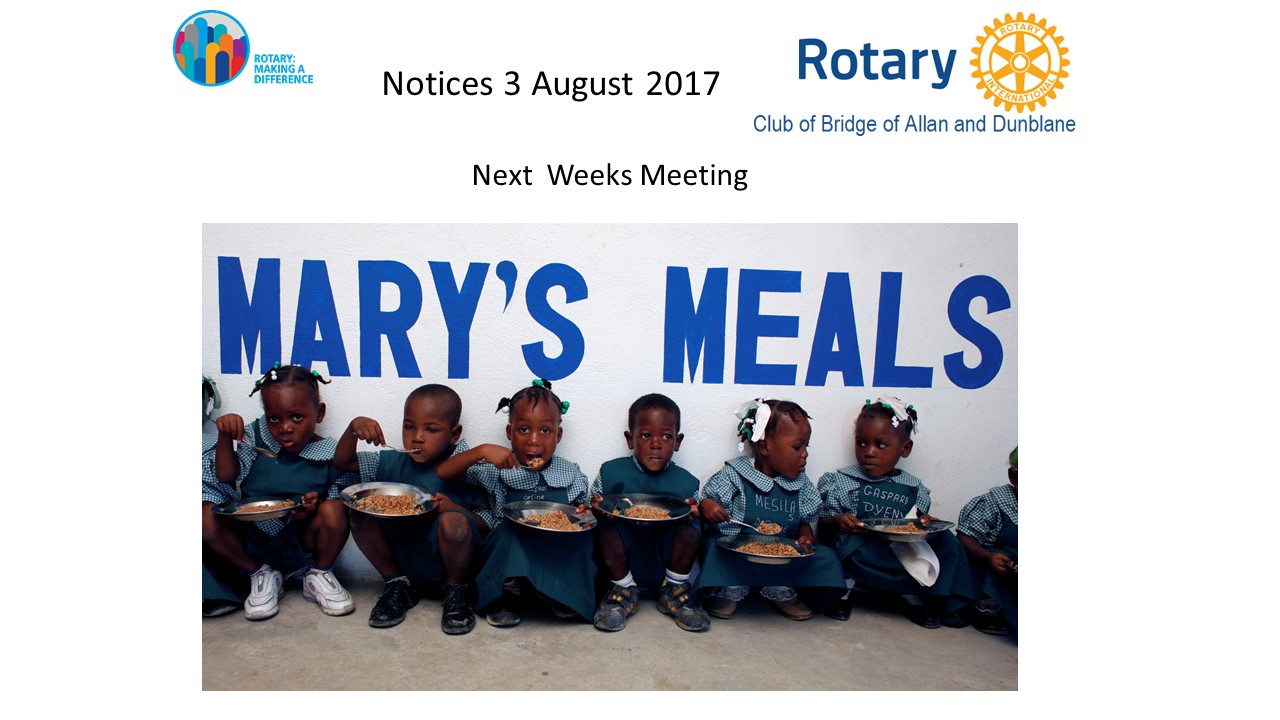 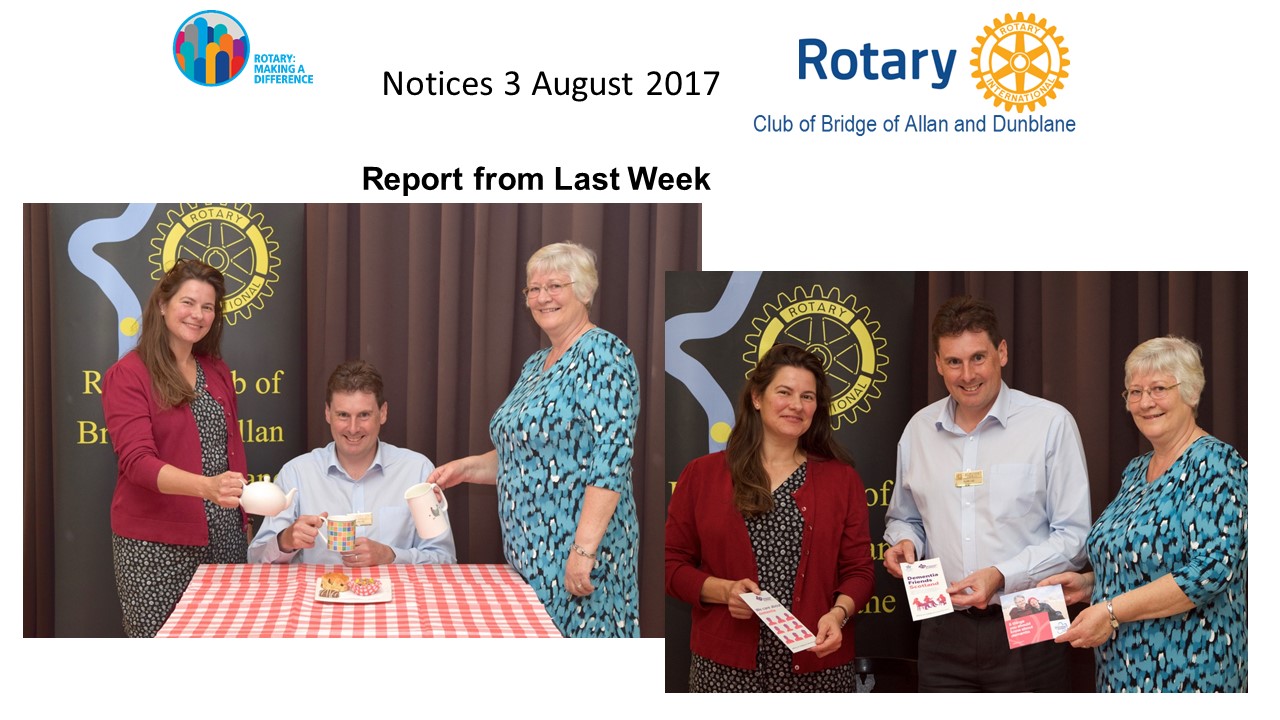 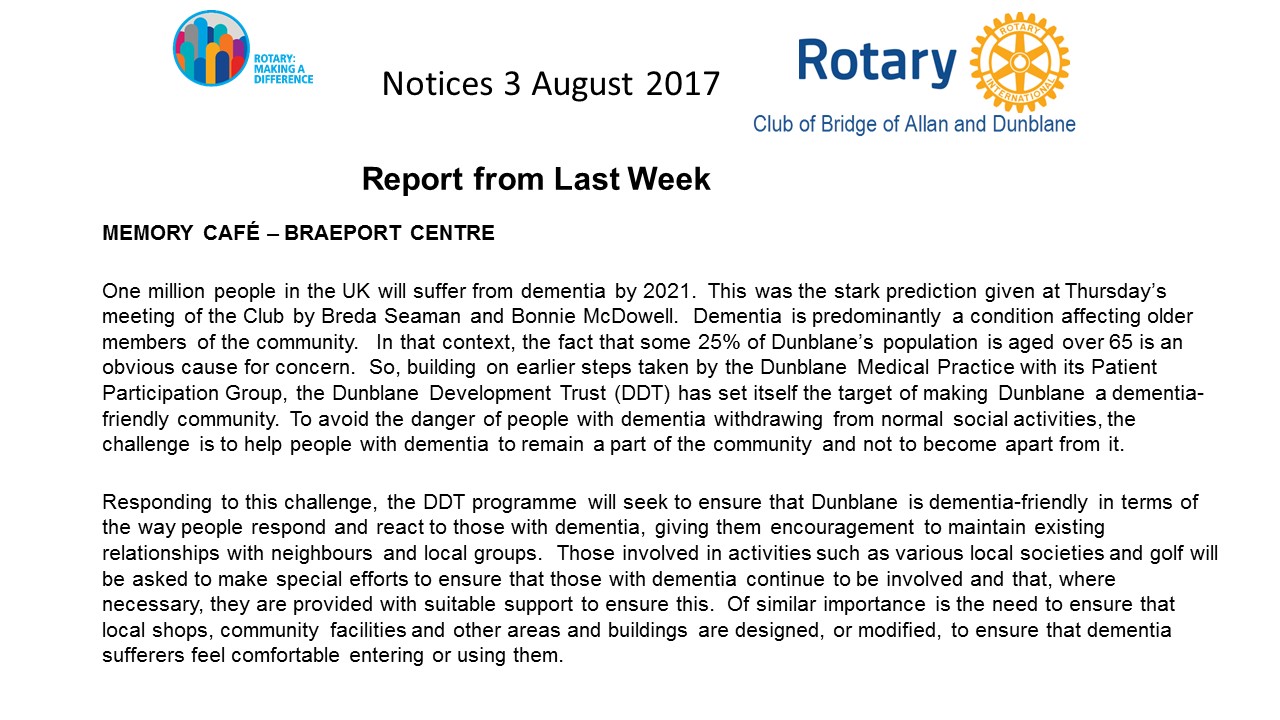 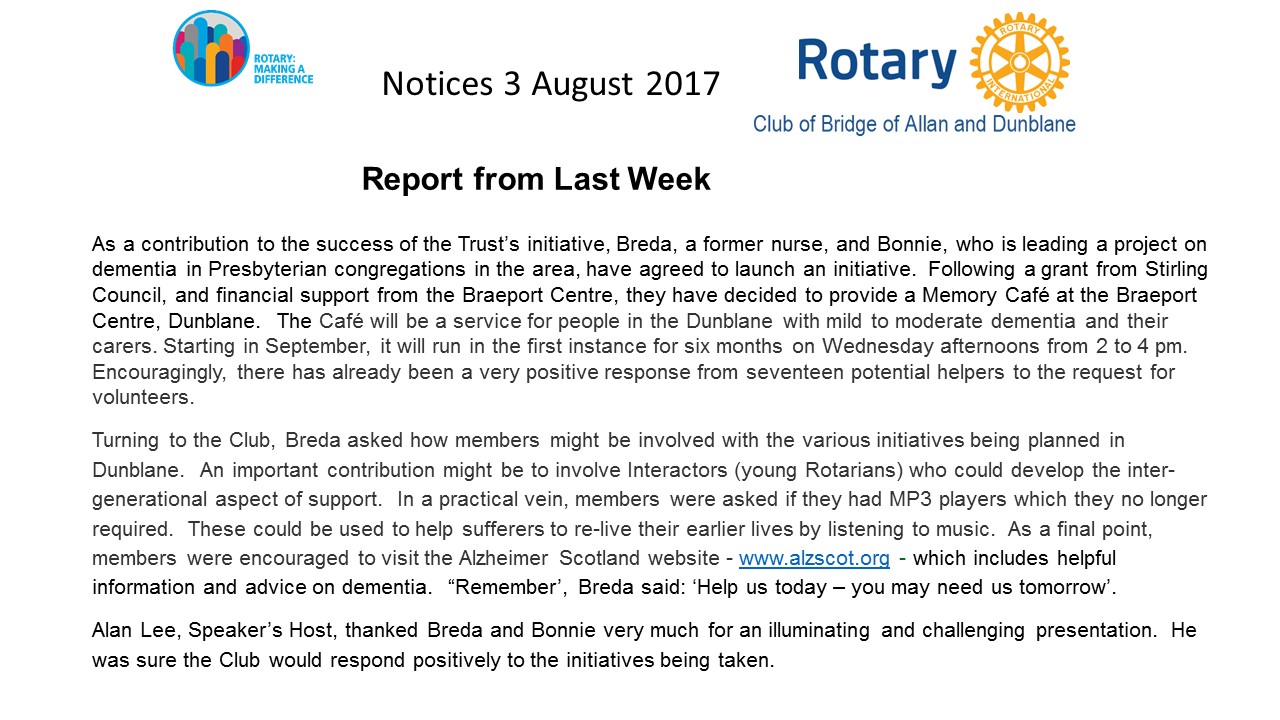 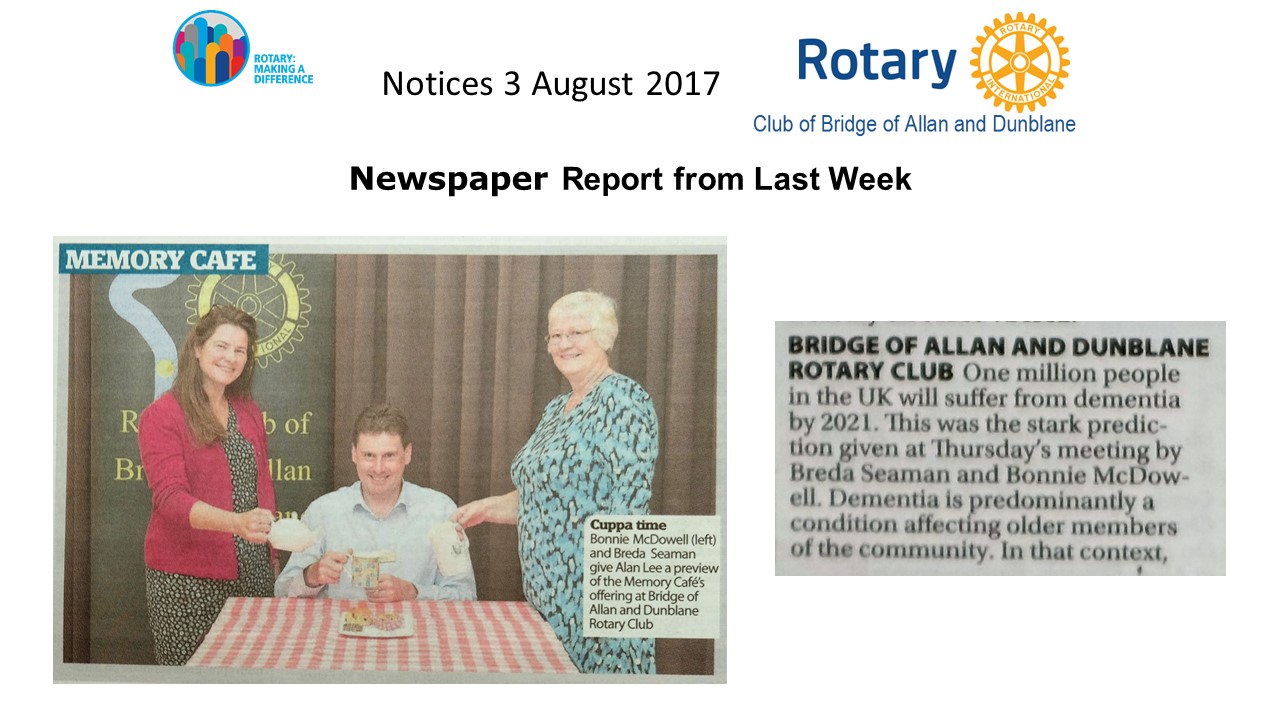 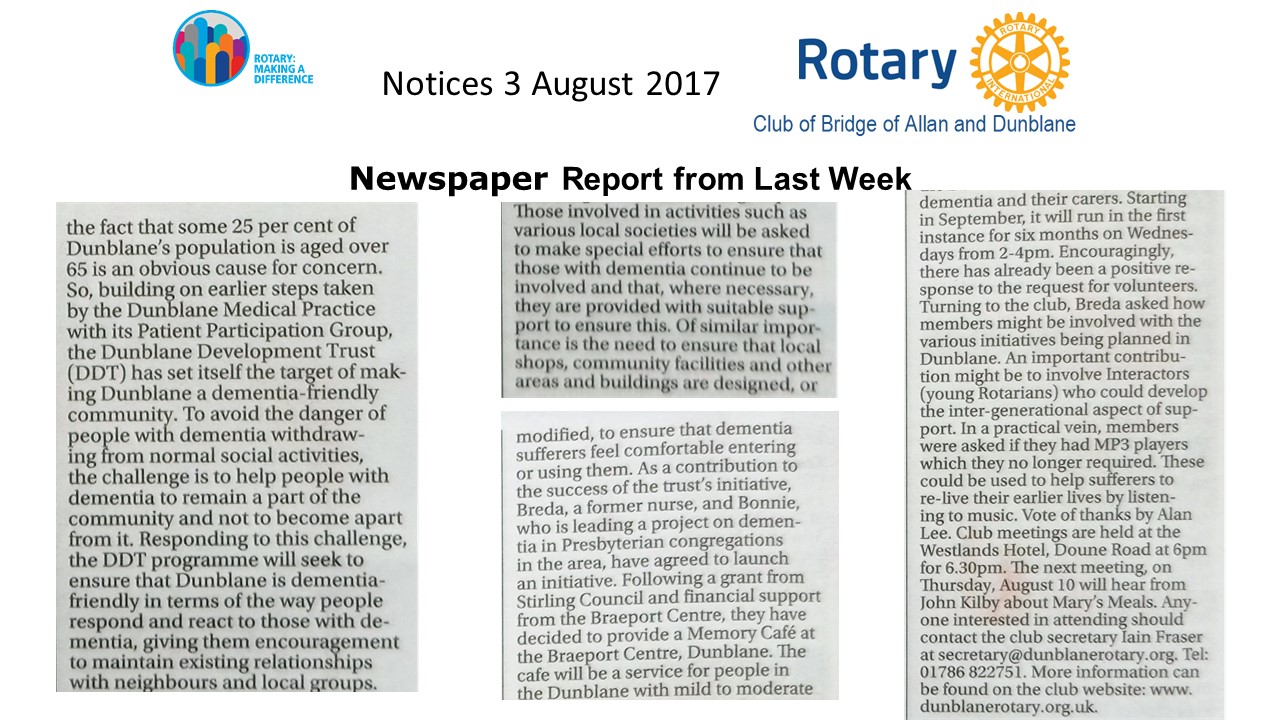 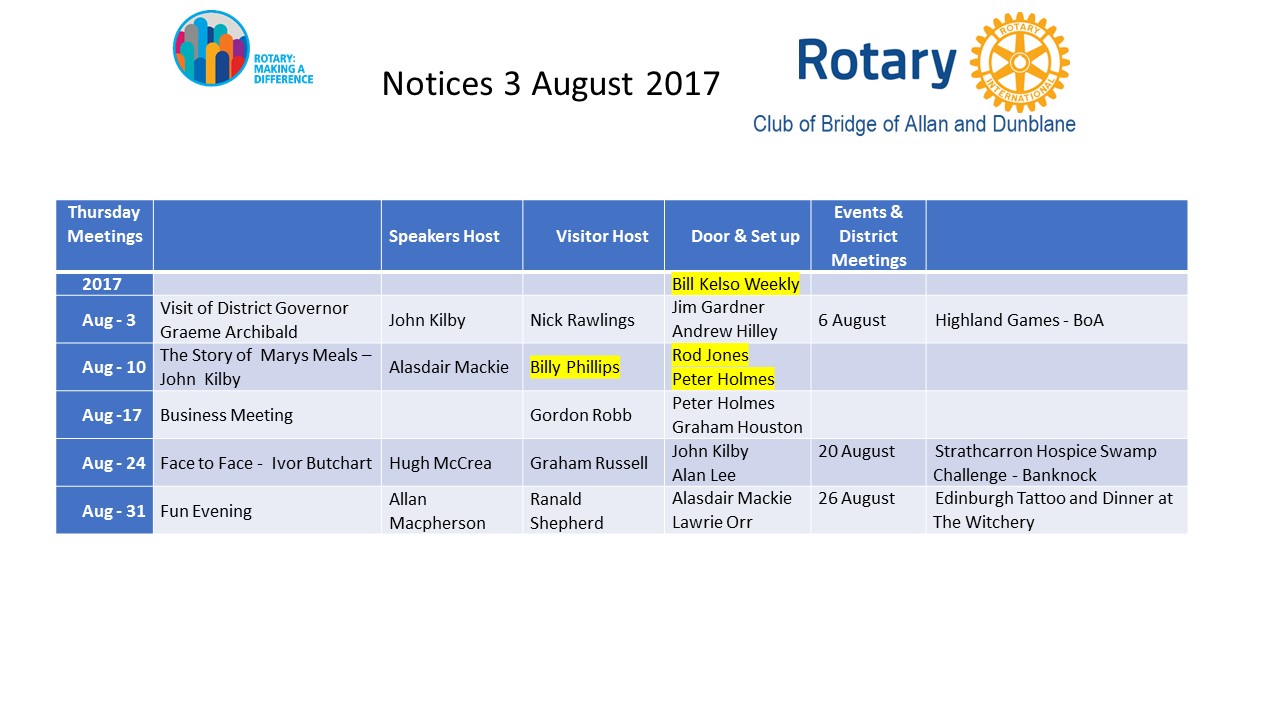 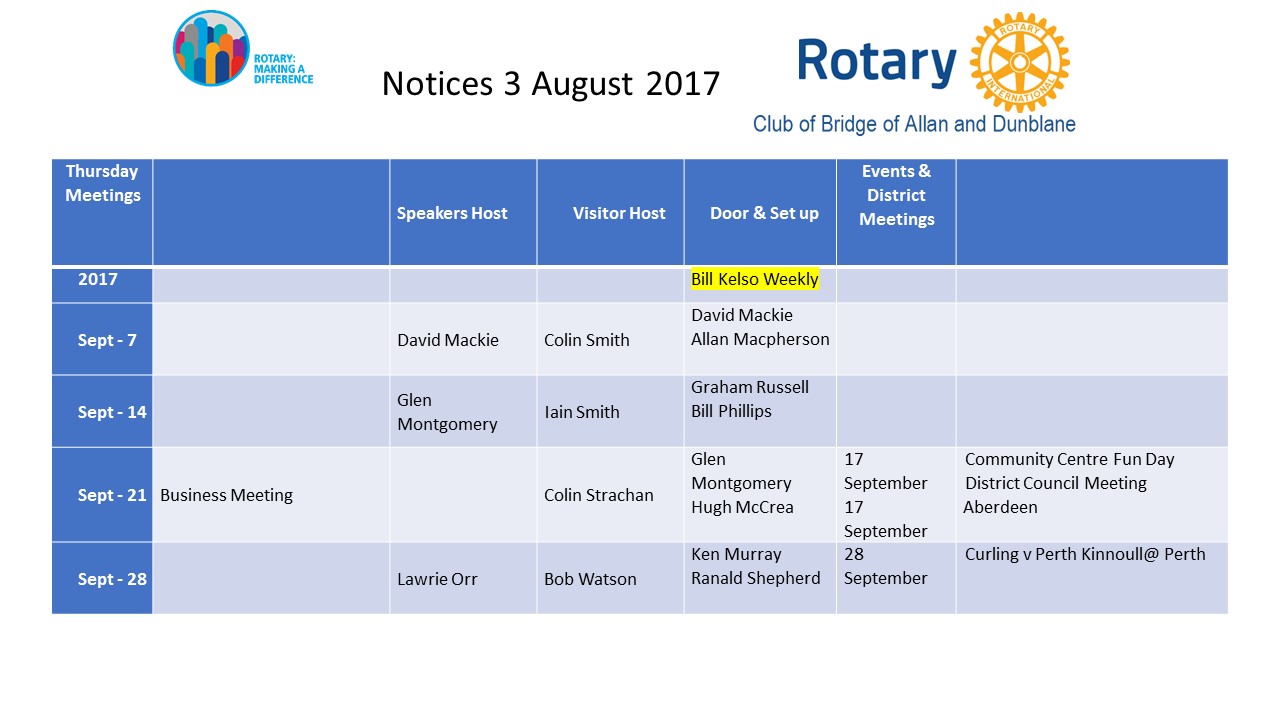 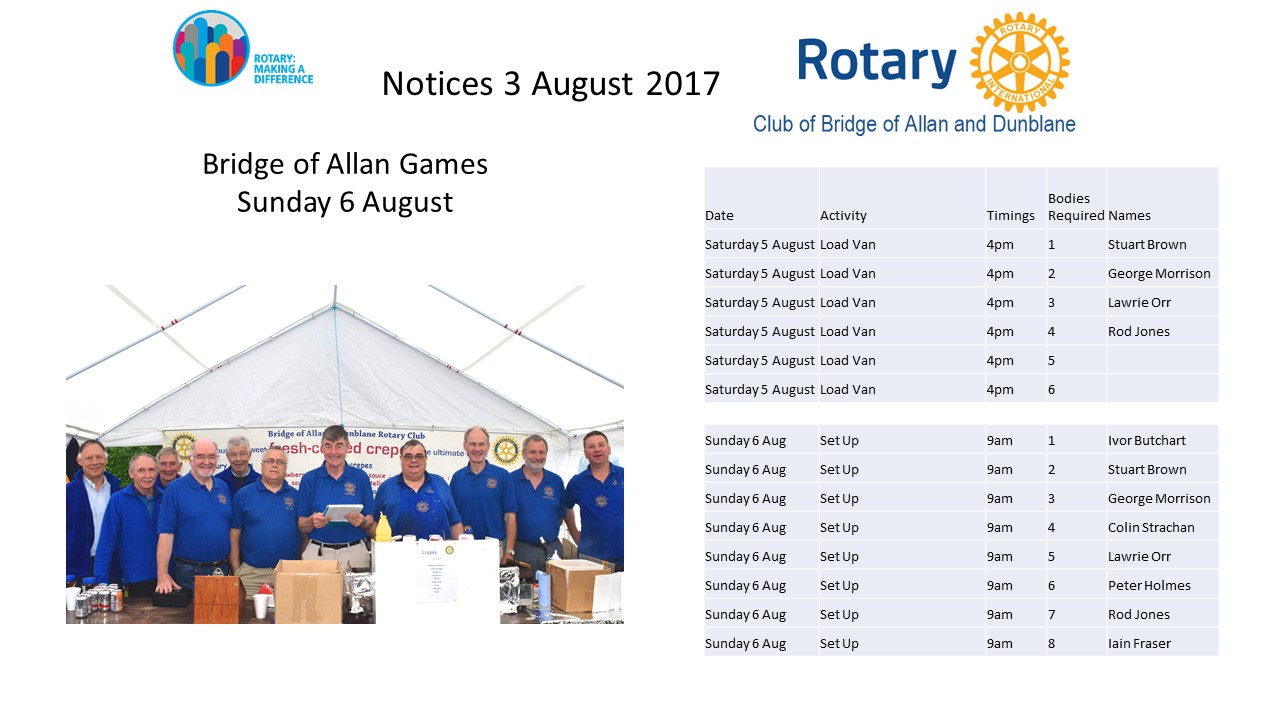 Rotarians as people of action was the theme of a talk to the Club by Graeme Archibald, the new District Governor of District 1010, the largest Rotary district in Scotland.  One of Rotary’s greatest achievements on a worldwide scale has been the virtual eradication of polio.  Rotary Foundation, working in conjunction with the Bill and Melinda Gates’ Trust, has achieved what many saw as an impossible dream: to free the world from the devastating effects of polio.  “In this hundredth anniversary of Rotary Foundation”, Graeme said, “we must celebrate doing good in the world.  Just six polio virus cases have been reported this year, the lowest number in history.  More than 16 million who would otherwise have been paralysed are walking today.  This is a legacy to the world of which Rotary, and Rotarians everywhere, can be justifiably proud.”

“But”, he went on, “This is not the only stage on which Rotarians have been active: the contribution to local communities should be fully recognized.  As an example, in the floods which had such an impact in the past year, Rotarians gave an estimated 12,000 hours of help and support of various kinds.  This is a contribution which is in danger of being overlooked: the organization and support given to each and every project in terms of members’ efforts often significantly outweighs the financial outcome.  But it represents people uniting in action to support worthwhile causes in their own area, and more widely.”

Graeme spoke of the need to encourage more people to join Rotary.  In particular, he emphasized the importance of recruiting more women to Rotary, which had, traditionally been an all-male environment.  “Together, there is so much that can be done by people of energy and goodwill coming together for the common good.”

Graeme congratulated the Club on its achievements and wished the new President, George Morrison every success in his year of office.

On Sunday, demonstrating Rotary in action, the Club took on its usual role at the Bridge of Allan Highland Games by offering crepes, and other refreshments, the proceeds from which go to local community projects.  Despite weather which, as one Rotarian described it, with obvious understatement, “could have been better”, there was good-humoured involvement which characterises so much of Rotary activity.  As an illustration of Rotary effort, Club members made 341 crepes and sold some 400 teas and coffees.  To achieve this, members contributed more than a hundred and fifty person-hours to raise over £1,100 for charity.