DCHS Students Cook up a Storm!! 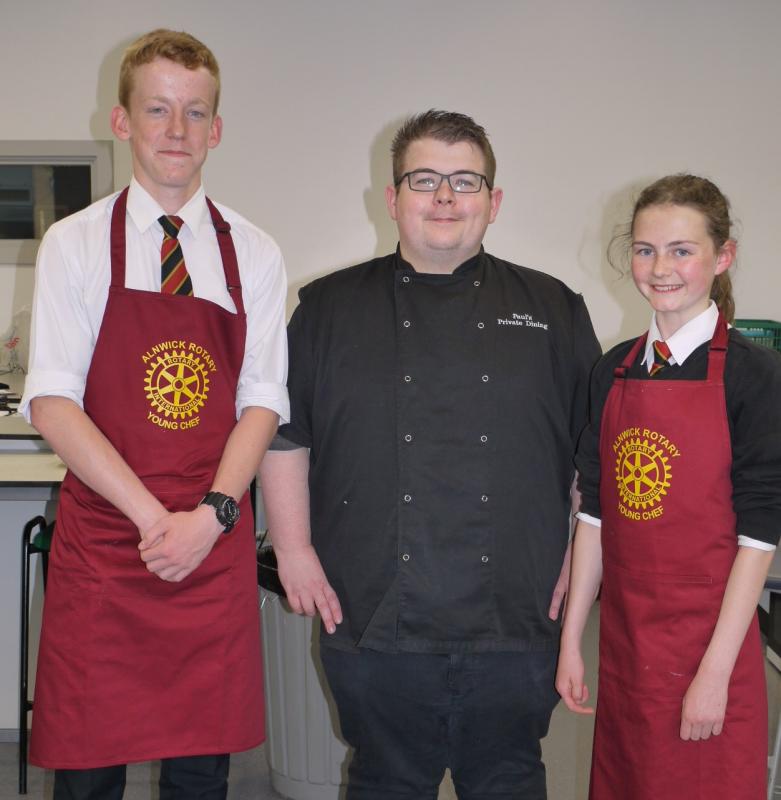 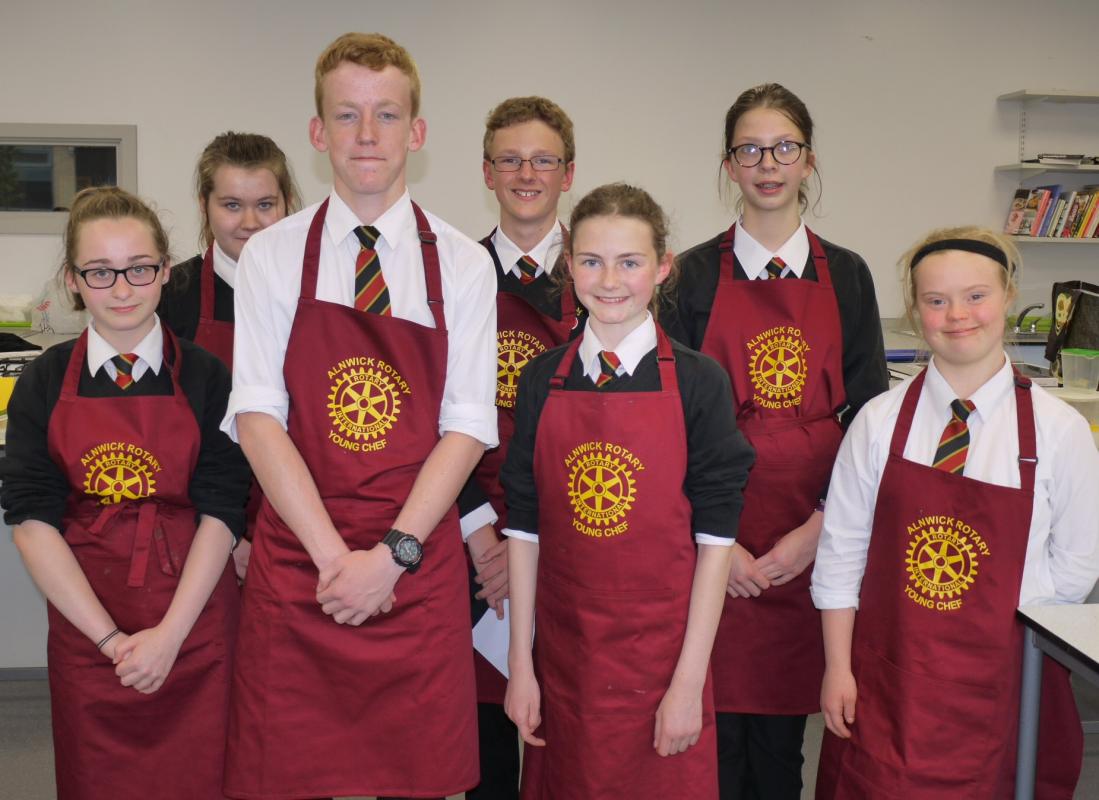 Students from The Duchess's Community High School cooked up a storm at the Alnwick Rotary Young Chef Competition on Wednesday 5th July.  8 pupils from year 9 and 10 were asked to produce 2 courses with a limited budget, in 2 hours.  The winner of the Competition was Hannah Taylor who made 'Craster Smoked Kipper Kedgeree with Spinach, Kale, Brown Rice and freshly laid Northumbrian Eggs followed by Chain Bridge Honey and Pistachio Cake with Low Fat Yoghurt and Home Grown Berries'.  The Runner-up was Calum Pritchard whose offering was 'Fruit and Garlic Curried Chicken with Brown Rice followed by Lemon Cream Cheese Cake'.  Only one point separated the two winners who will both go through to the Rotary District Competition later in the year.  3rd Place,  and worthy of a special mention was George Cockayne (unfortunately George couldn't stay for the photo)  whose menu was 'Locally Sourced Fillet of Beef served on top of Mini Yorkshire Puddings with a Creamed Horseradish Sauce and Sasonal Garnish followed by Fresh Filleted Salmon En Papillote with a Lime and Butter Sauce served with New Potatoes and Roasted Peppers.'

The Judges were Barbara Reid and Marion Long from Alnwick Rotary and Paul Short of Paul's Private Dining who has offered the winners a cookery workshop as a prize.  Paul hails from Alnwick and attended DCHS before embarking on his career as a chef. Alnwick Rotary would like to thank Paul and DCHS staff for their support.
Photos: Calum and Hannah with Paul Short.
Back:  Iona Brooks,  Iain Taylor and Florence Mills  Front: Jazmine Brown, Calum Pritchard, Hannah Taylor and Tashi Dropchinski.