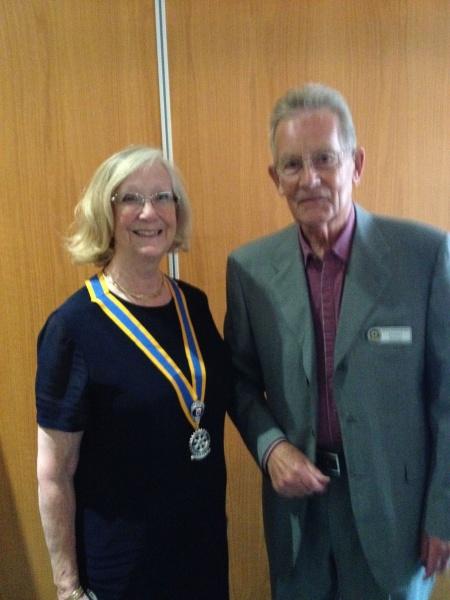 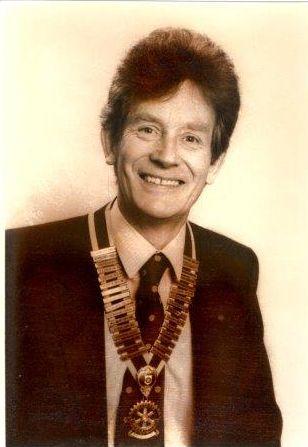 This month Past-President Jenny Edgell is in Conversation with Robert Winnicott.

Robert joined Havant Rotary in 1982 and was President in 1987. Robert has been on all committees over his 35 years in Rotary and donated the Jewel for the President’s Lady.

Robert where were you born and raised?

I have lived in Rowlands Castle all my life.

Did you work locally?

The family construction company was based in Copnor and I joined as an apprentice carpenter, missing doing National Service by one day because of deferment and the dates on my apprenticeship deed. I worked in the Joinery Shop, used tools on construction sites which was a mixture of hands-on carpentry and an introduction to administration, such as time sheets, delivery notes etc.

Progressively the administration work in the main office and supervision of construction sites gave me more responsibility for running the company. When my Grandfather died in 1971 I took over the business which was not without a certain amount of hostility from my father.

What type of work did the Company do?

Did you make any changes when you took over?

Yes, I decided to sell the Copnor head office and transfer the business to the branch at Rowlands Castle.

What were the reasons behind this move?

The family had been evacuated to Rowlands Castle at start of WW2 and decided to stay there after the war. There were lots of advantages, mainly not wasting productive time getting off Portsea Island before going further afield for work.

Unfortunately, because this was shortly after my grandfather’s death, many business contacts incorrectly assumed I had closed and stopped sending inquiries for work.

However, the yard area at Rowlands was developed with a new Joinery Workshop, Retail Unit and Offices, completed in1976.

What other problems did you face?

The next difficulties came with a recession, coinciding with the take over and closing of both Plessey, and Friary Meux and the Gas Co. Administration who jointly provided more than 50% of the work load. This misfortune was counteracted by a misfortune of a Hampshire County Council school that was still in contract. The assembly hall wall collapsed one night because of an original design fault and nothing to do with work in hand. As technically Winnicott ‘s was still the contractor on site at the time, this crisis, provided immediate employment to all the Winnicott staff, thus leading to recovery of the construction business, and putting the school back into operation.

Did you have other expansion plans?

My interest was in developing the retail business, which had been operating from an old converted farm building, selling DIY materials. This brought me into contact with fellow residents of Rowlands Castle and outlying areas and therefore involvement with local matters of interest and affairs. My elder son Adrian joined the company, having trained for a few years with the Co-op. They broke the Sunday trading law of the day by opening on Sunday’s leading up to Christmas. (this was 10% of the weekly turn over)

The Emsworth shop became available with both construction and development as a challenge and an exciting project. After a short while, a manager was needed to for the unit, so a nephew David who was looking for employment, joined the team and started work as manager. He fitted in well with both the business and local environment ethos. My wife Jackie and her sister Pauline became involved with shop and shop window displays.

My second son Paul joined the firm on the construction side of the company, having trained and worked for a local company as a surveyor.

Gradually these three younger members of the family have developed and led the company forward, putting their own stamp and ideas into force. There are now seven retail outlets, and the construction business is well employed with various contracts and work on listed buildings as well as civil works.

Have you retired yet?

Yes, my retirement coincided with the centenary of the Companies Foundation, in 1904 so we held a dinner at the Brookfield Hotel to celebrate the occasion.

Sadly Robert resigned from the Havant Rotary Club at the end of the 2018-19 year due to ill-health, but remains an Honorary Member 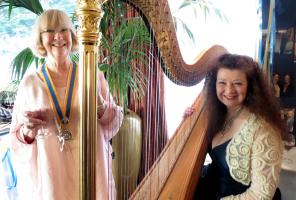