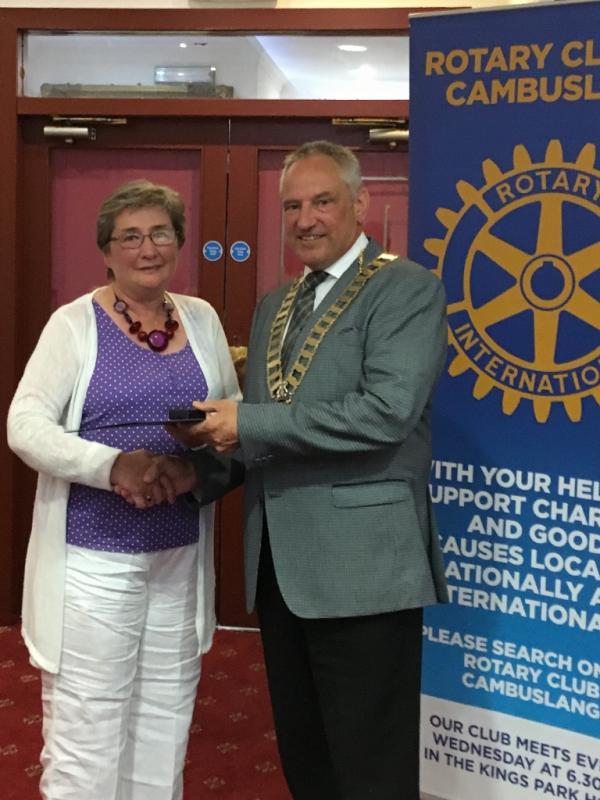 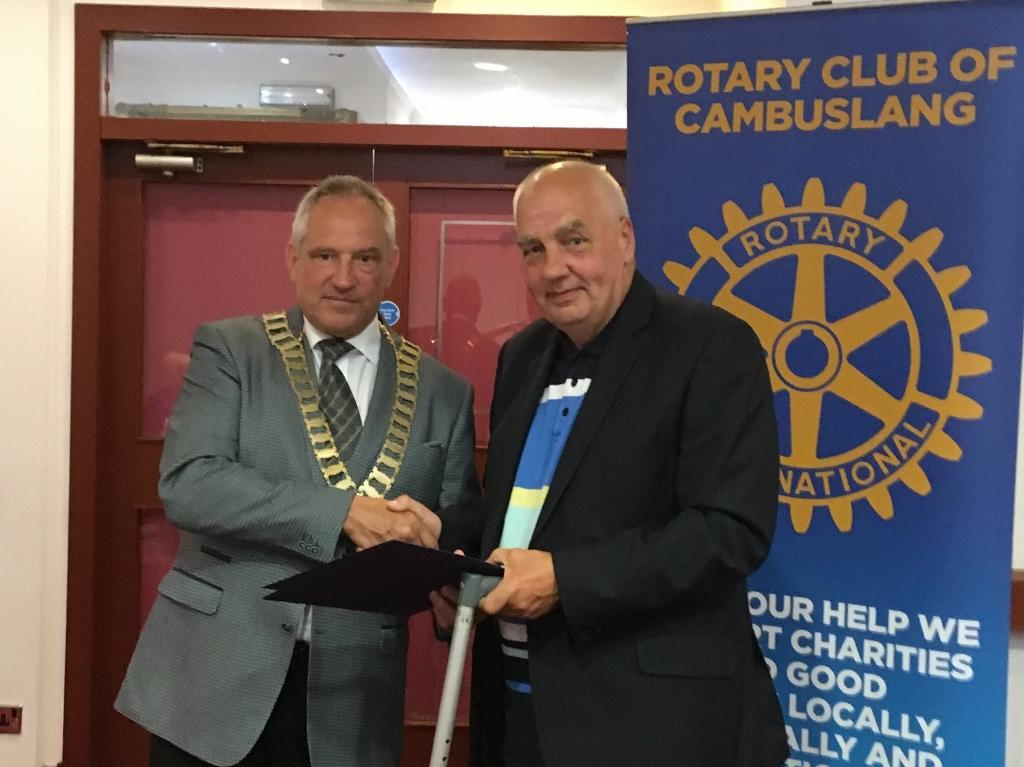 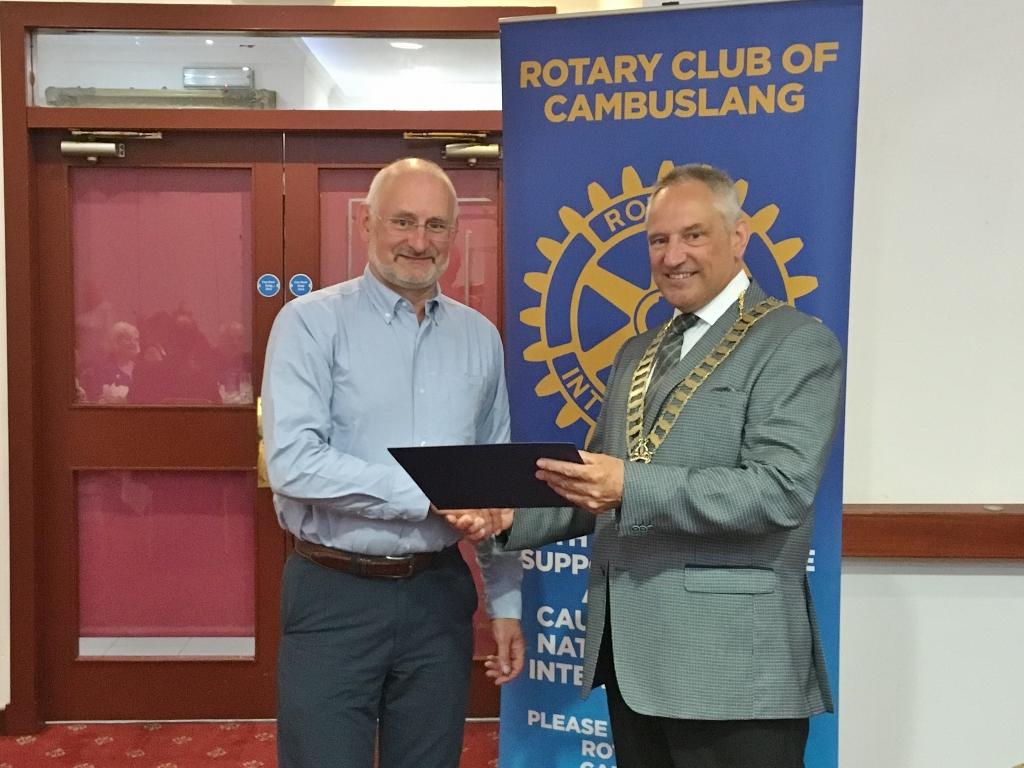 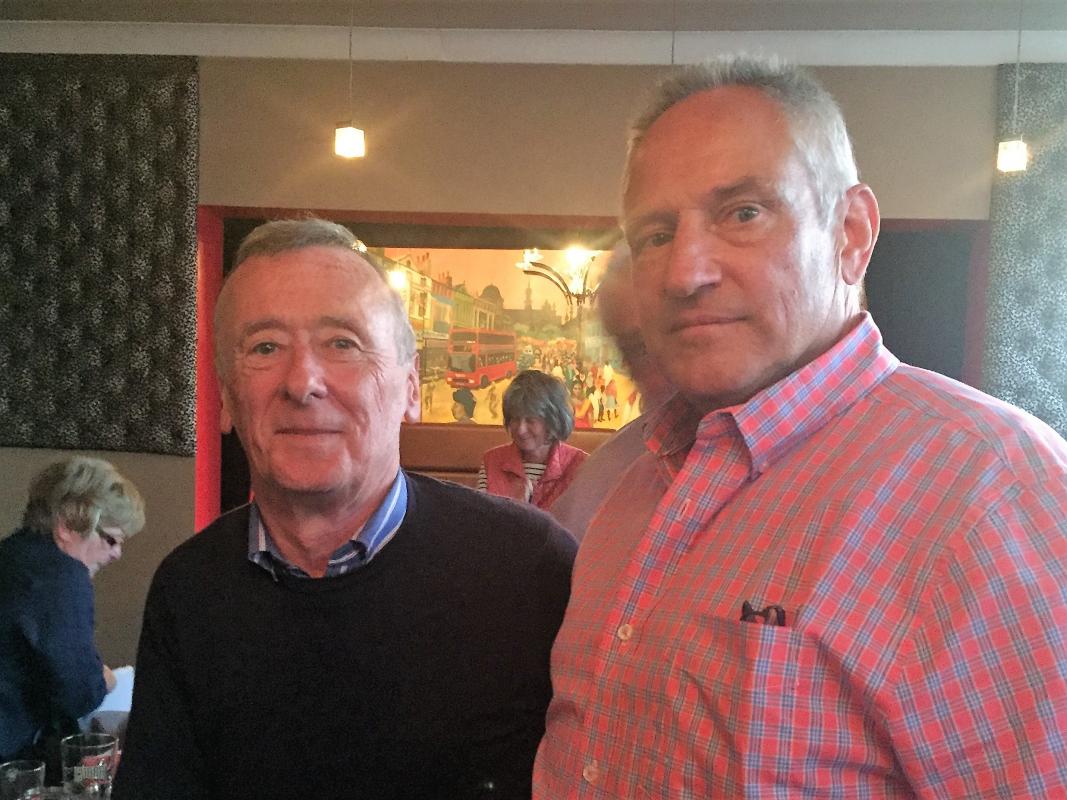 Cambuslang Rotary Club held their final meeting of the 2016/17 year on Wednesday 21st June.  As well as the annual presidential handover, the club was also able to award four Paul Harris Fellowships. The Paul Harris Fellowship, which is the highest award in Rotary, can be awarded to individual Rotary members for distinguished service to their club or to non-Rotarians who the club wishes to recognise for service within their local community.

Two of the above awards were presented to non-Rotarians.  The first recipient was John Edgar, who is probably best known for his involvement with Cambuslang Summerfest.  John also serves as a community councillor, is on numerous local committees, and is a Director of Routes to Work and over the years he has contributed to many community organisations.  John and his team put a huge amount of time and effort into Summerfest throughout the year, and the funds raised during Summerfest are used to subsidise events and activities at the following years Summerfest, as well as Christmas parties for local children and pensioners.  Summerfest has helped to put the heart back into Cambuslang, restore civic pride and also unite people from all walks of life and for all those reasons the club felt John was more than deserving of his Paul Harris fellowship.

The second recipient was Margaret McFarlane.  Margaret is known as someone who works tirelessly on behalf of other people. This started in her early years in Girls Brigade, continuing through various posts in Cambuslang Parish church, formerly St Andrews and with the Cambuslang Voluntary care club which she helps to run. Margaret served for many years in Girls Brigade, as an officer in the Fernhill church company and then progressing to the position of secretary in the Rutherglen Battalion. Margaret has been actively involved in Cambuslang Parish Church for many years.  She is a founding member of the walking group and a member of the pastoral care team.  She now spends much of her free time helping to organise the Voluntary Care Club which meets in the church hall and caters for adults with learning difficulties.  Club members wanted to acknowledge her years of volunteer service by nominating her for a Paul Harris award.

The final two awards went to Rotary members David Brown and Alastair Firth.  David has been involved in the Rotary Club of Cambuslang since the 1990’s and was responsible for promoting the change from lunchtime to evening meetings. He has served 2 terms as Club President in 2004/5 and again in 2006/07 and has also served as Club Secretary and as chair of all the main committees.  He initiated the 'Rotary Young Citizen of the Year' award which ran successfully for several years, he has hosted overseas Group Study Exchange students, and provided 'home hospitality' to visiting Rotarians when RI held their international conference in Glasgow.  He is the current speaker secretary and runs the 100 club which is the clubs primary source of charitable funds.


Alastair Firth has been a member of the Rotary Club of Cambuslang since 1982 making him the third longest serving member of the Club.  He served as president in the year 1993/4 with a second term in 2009/10, the clubs 40th Anniversary year. Like David, Alastair has served on all the clubs committees, has been Club Treasurer and is currently the Club Auditor. Within the community he is auditor to many local charitable organisations, is long term treasurer and board member at Kirkhill Bowling club, a past chairman and current board member of Partick Housing Association, a trustee of the Cambuslang Institute, producer of CARROT (the talking newspaper), and most recently board member at the David Livingstone centre where he is leading a multimillion pound development of the museum.

The awards were presented by retiring President Bill Crombie in his last official act as president before handing over the chain of office to Tony Neeson.  Having kept the presentation details a closely guarded secret all the winners were genuinely surprised to be recognised for their service.  All the club members agreed it was a great way to end another successful year for the club. 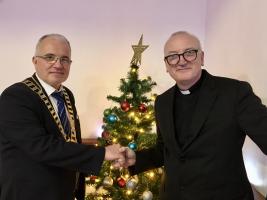 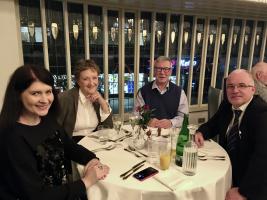 20th Nov 2019 - Visit to the Willow at the Mackintosh Tearooms

more A chance to explore the stunning Mackintosh Tearooms 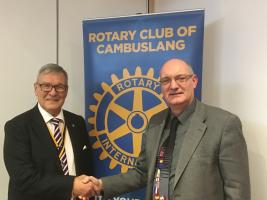 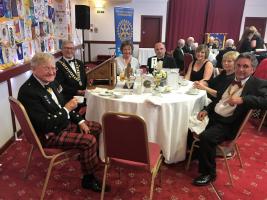 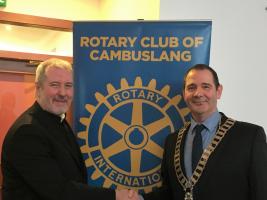 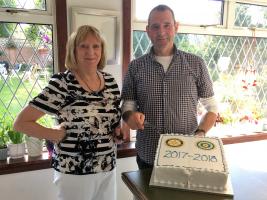 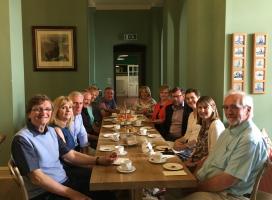 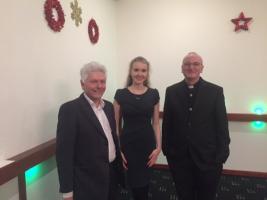 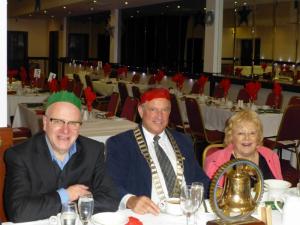 more Visit to the Govan Stones

more A unique visit behind the scenes of Central Station