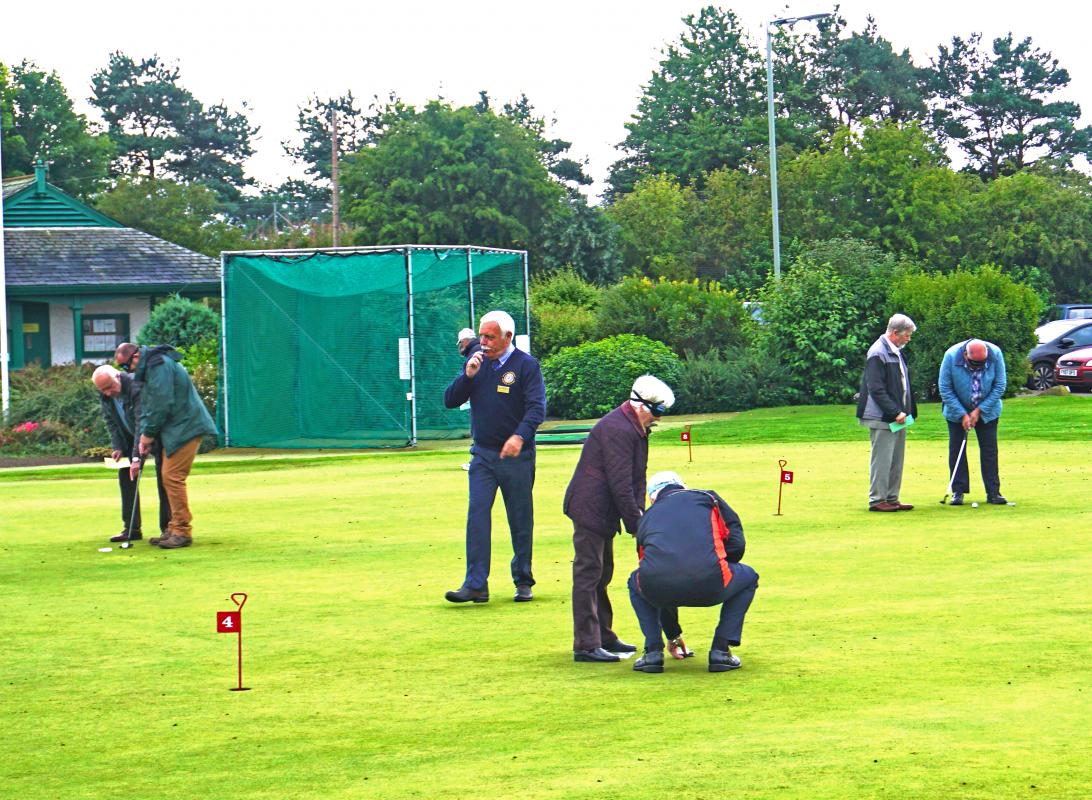 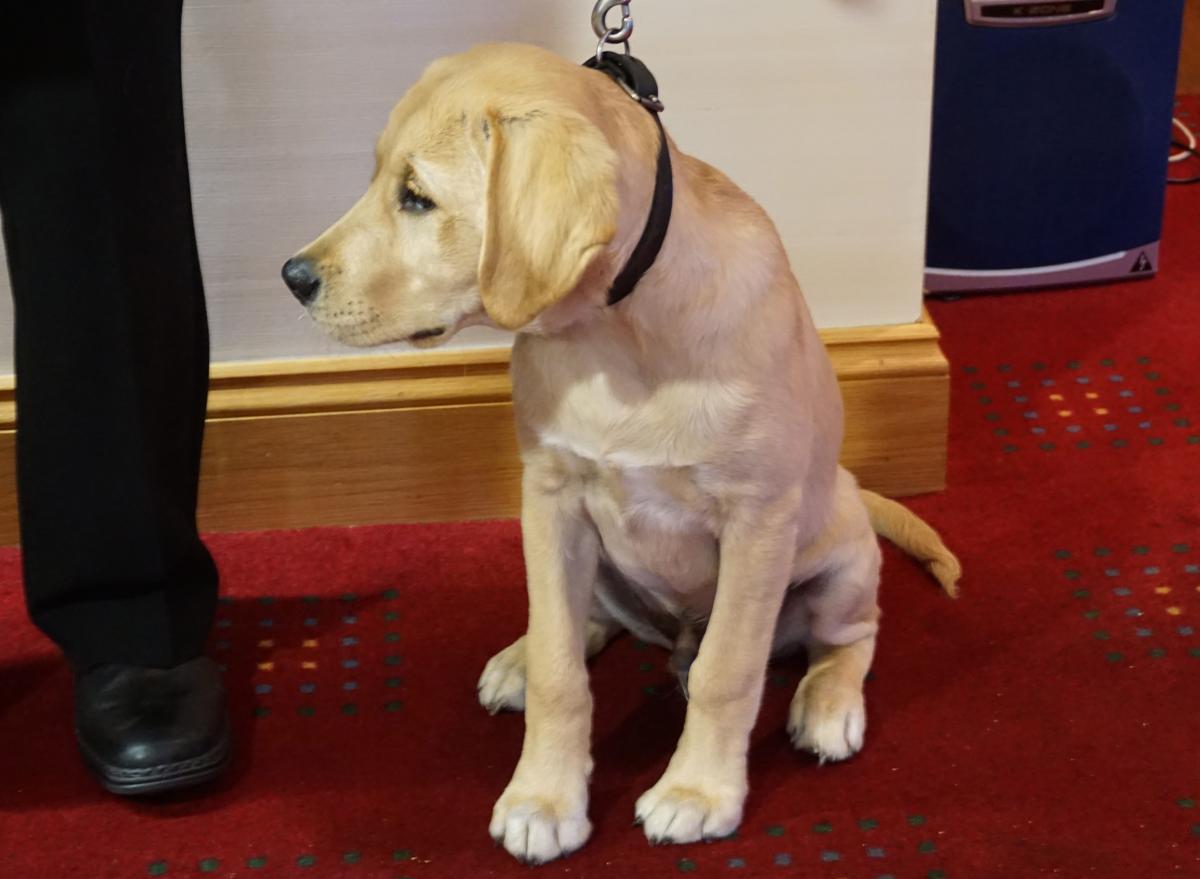 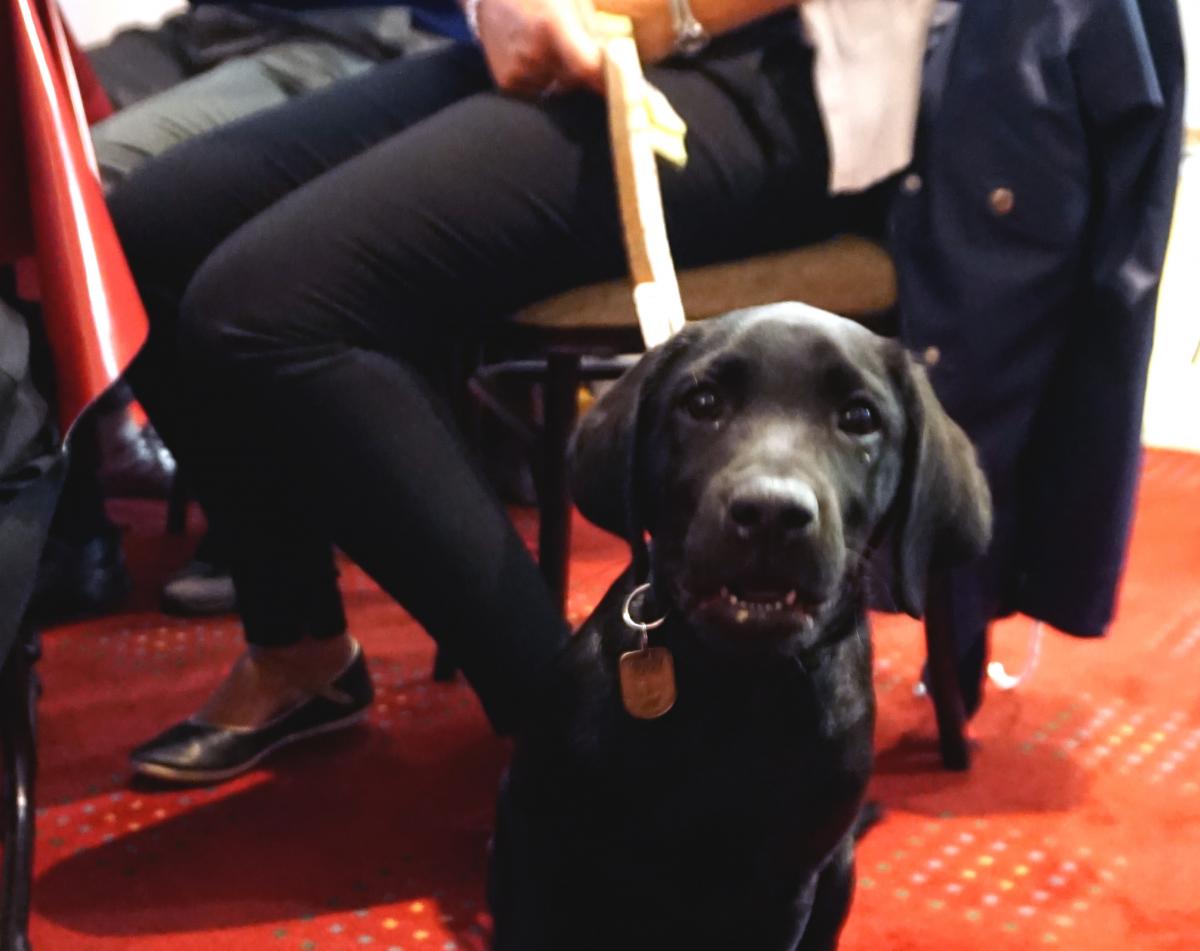 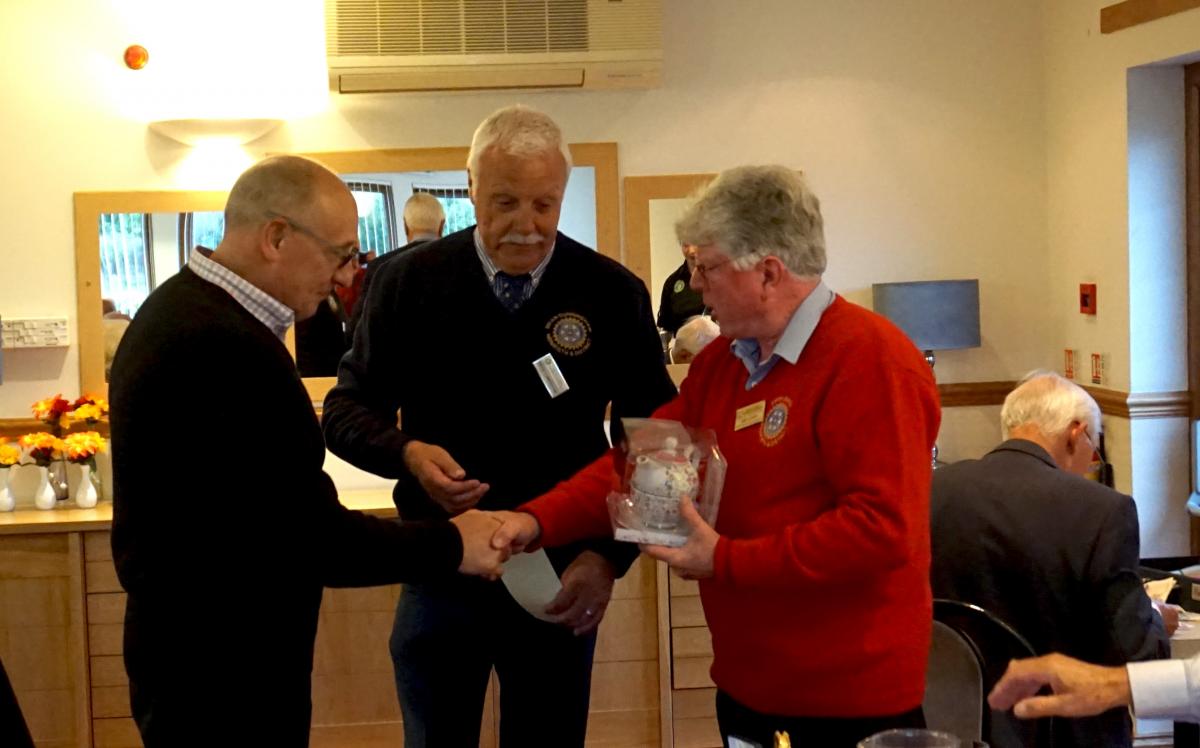 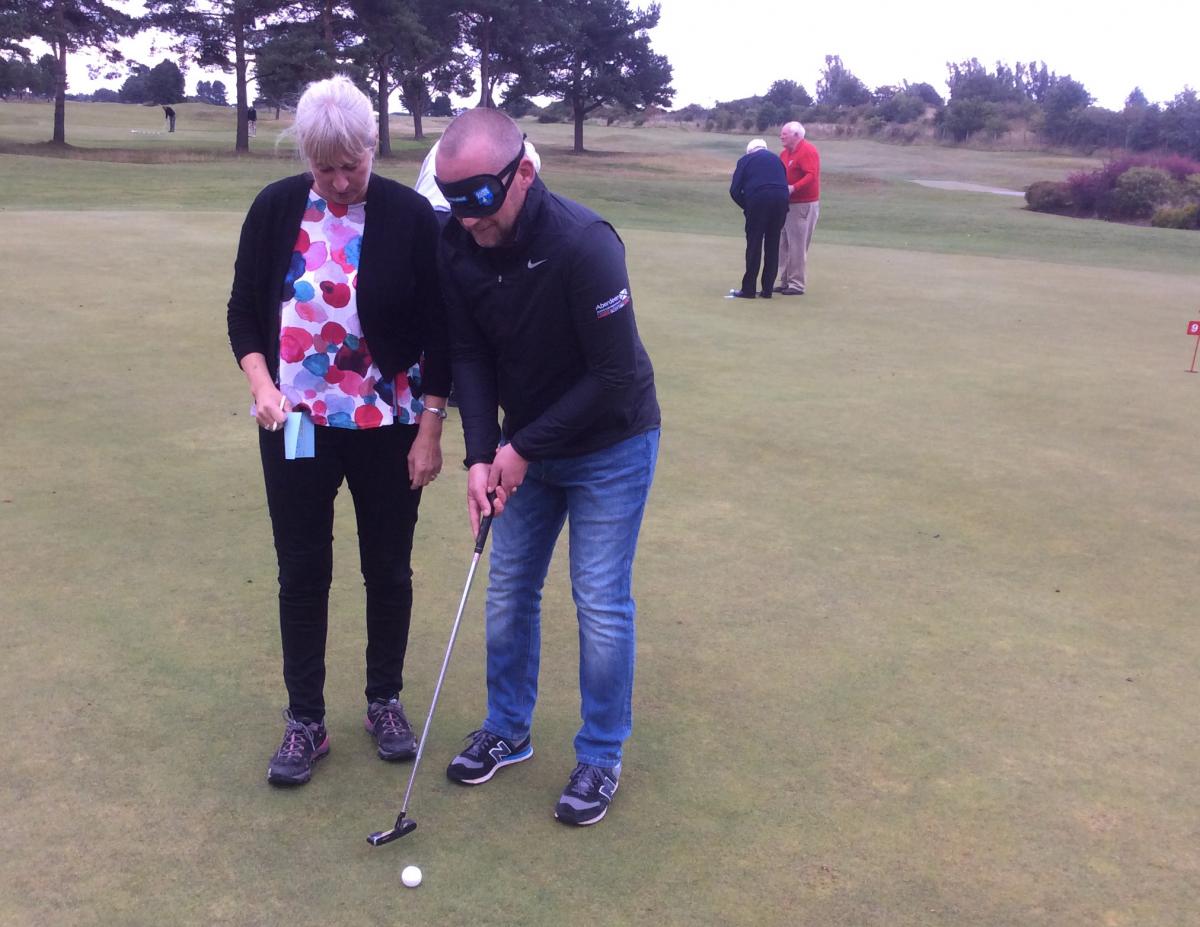 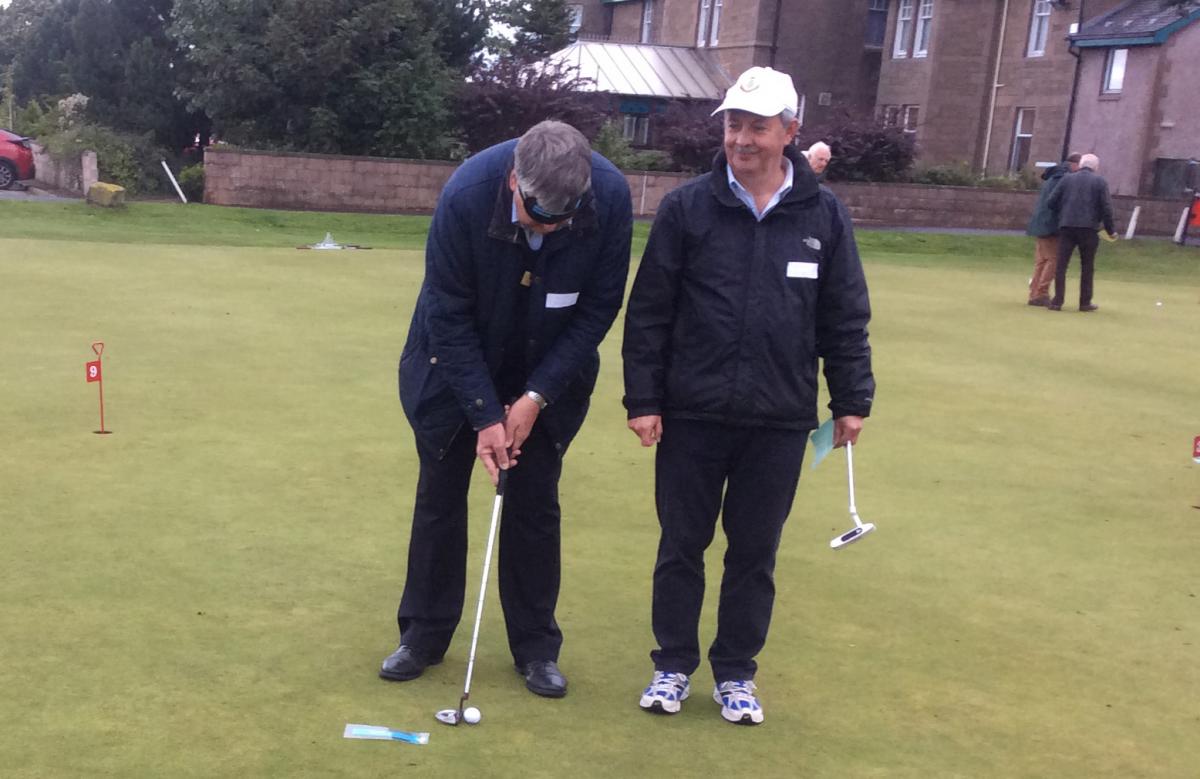 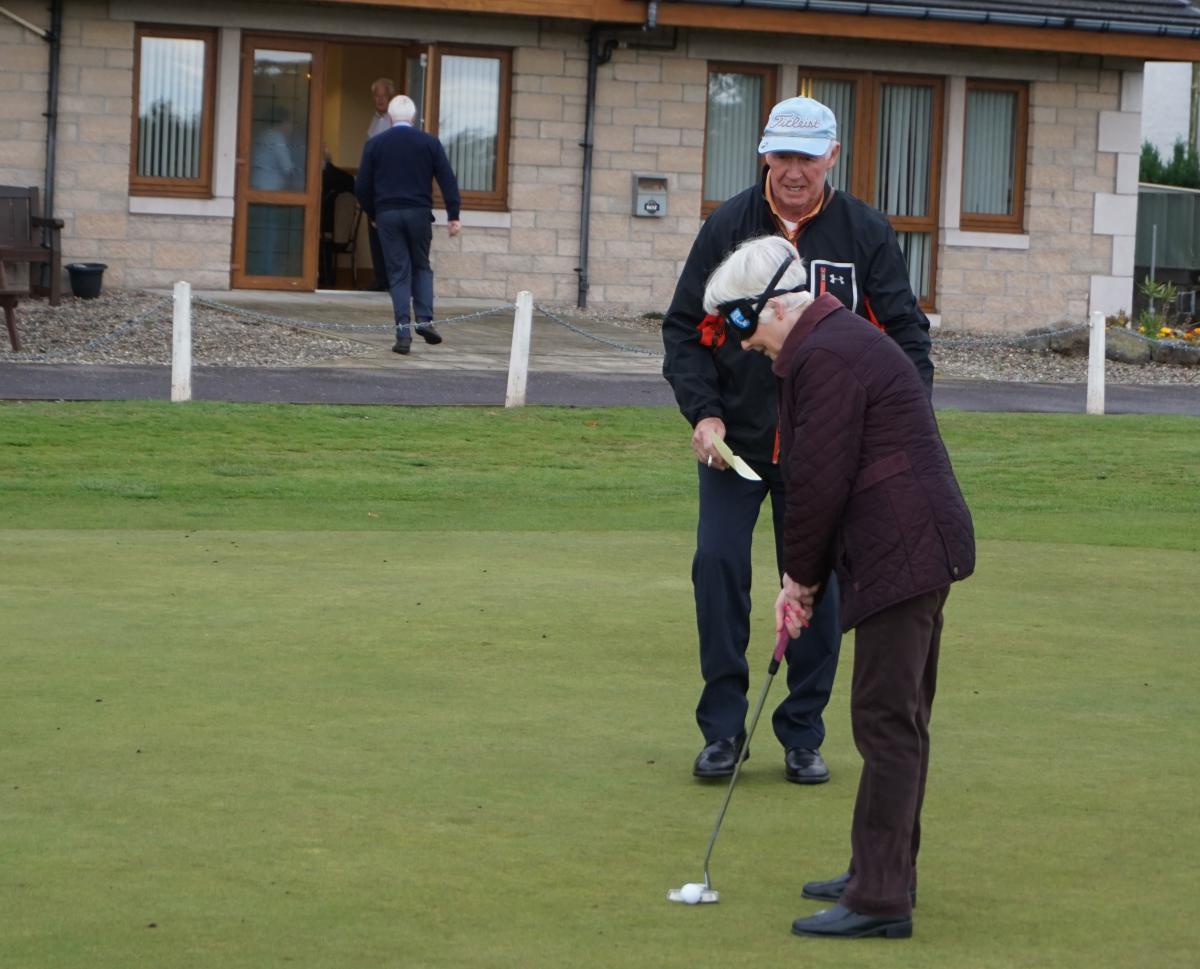 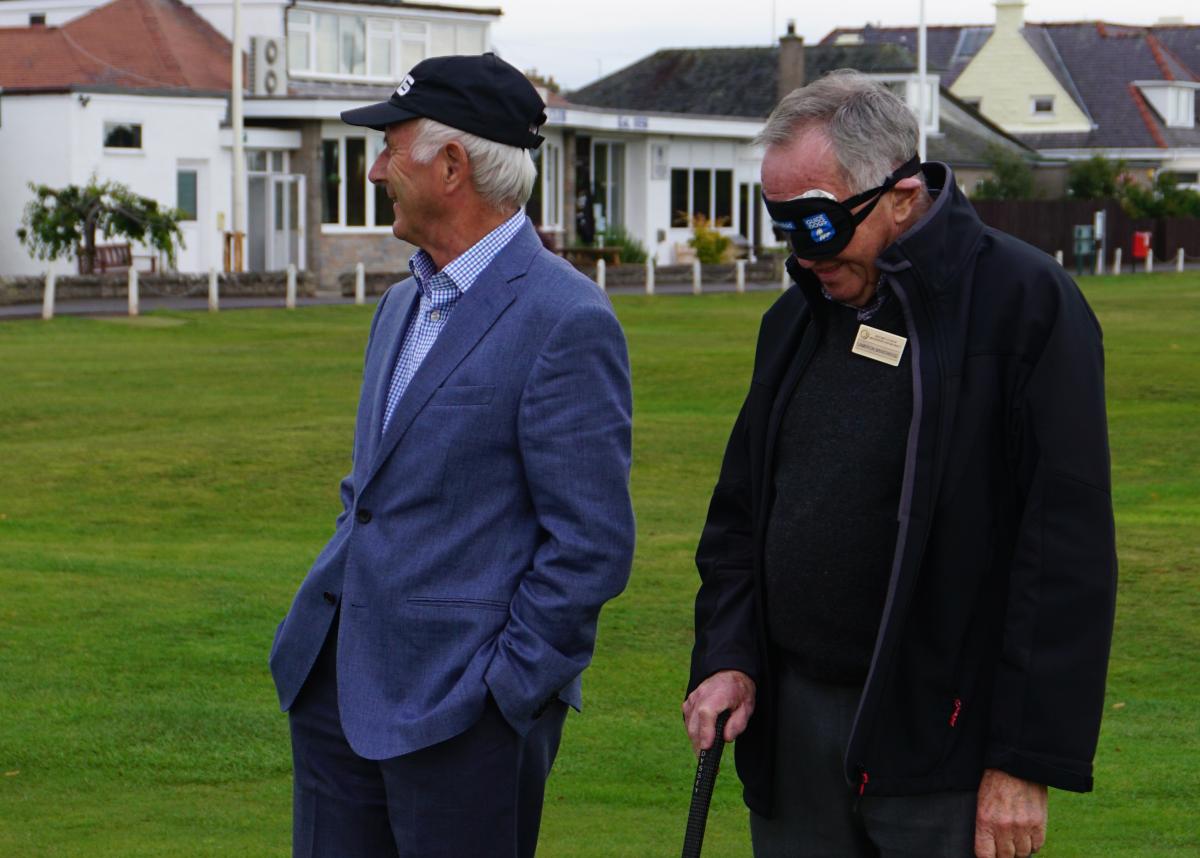 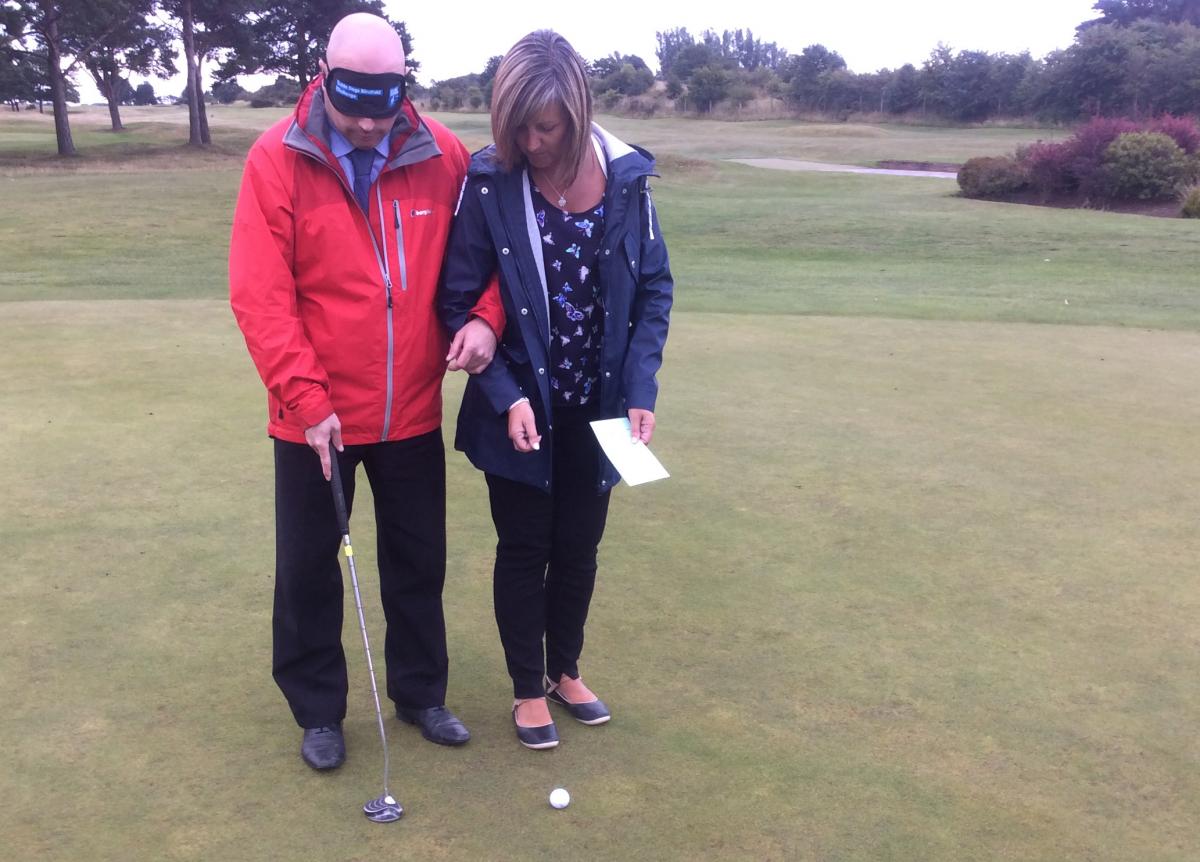 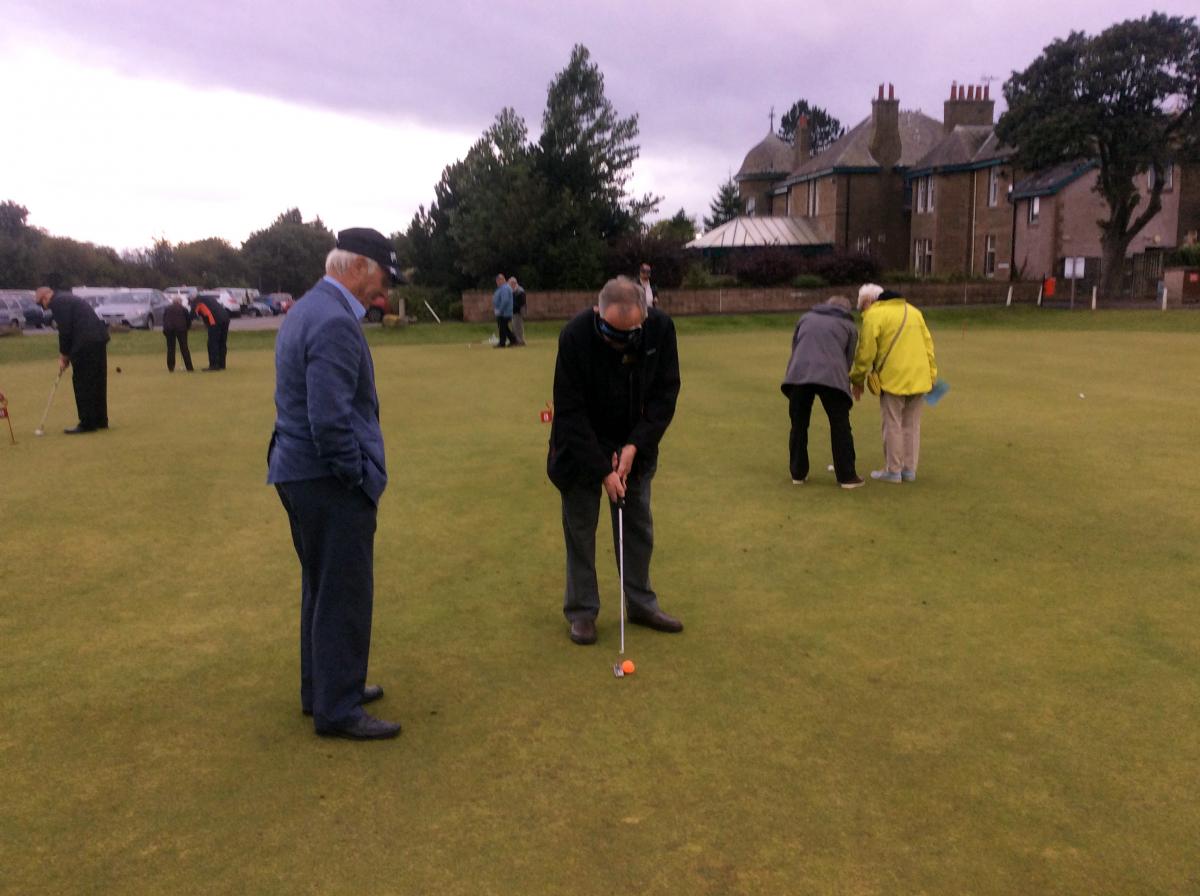 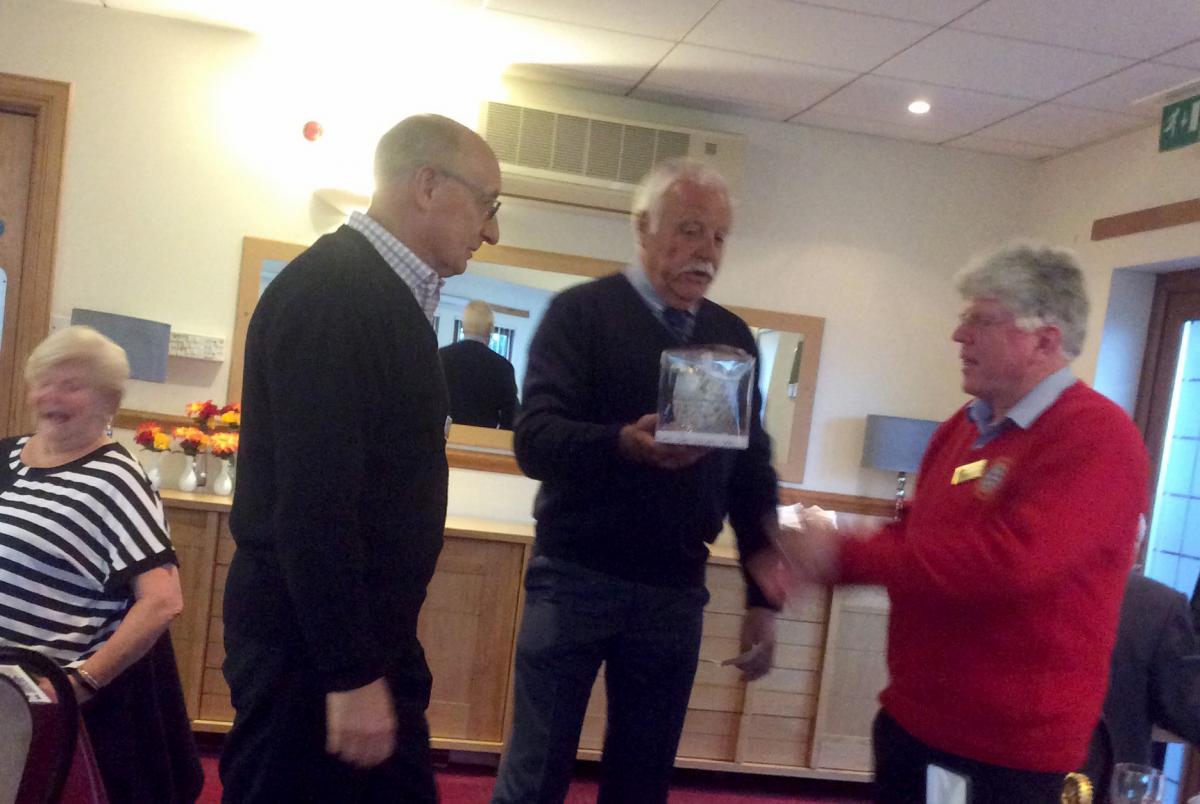 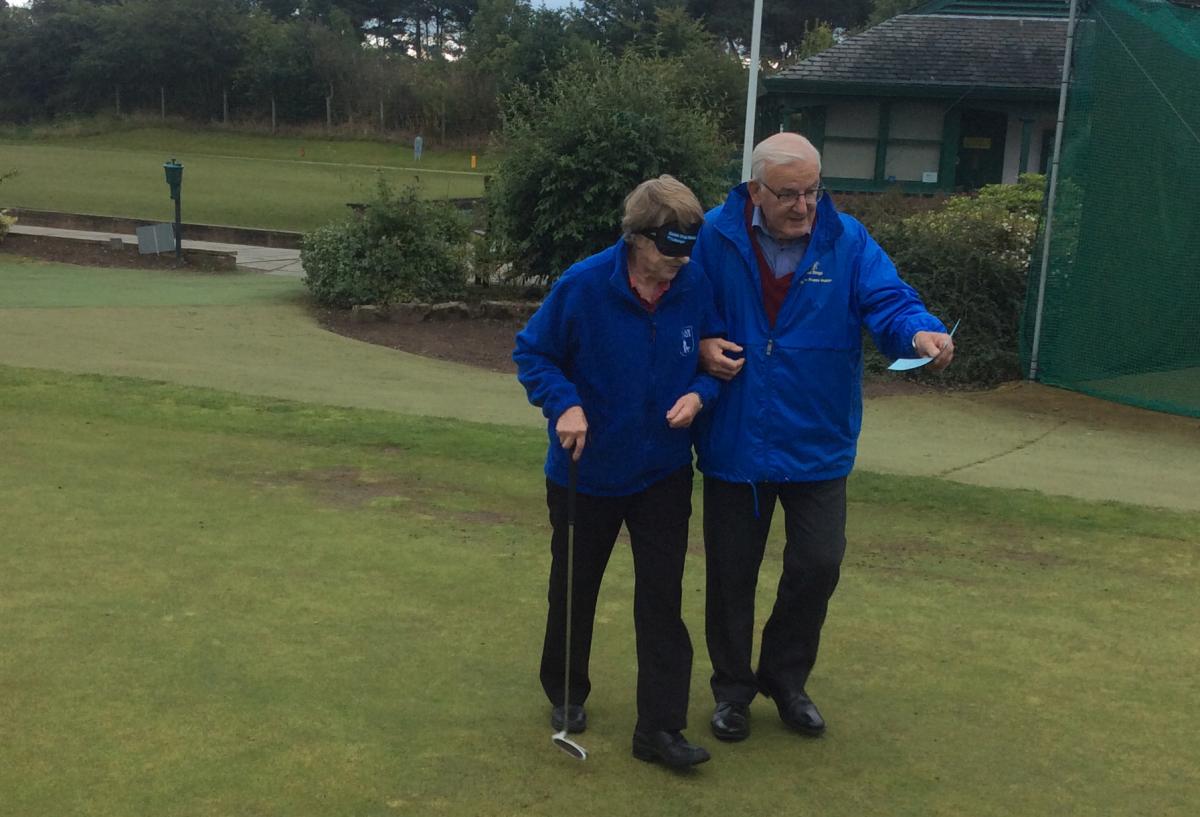 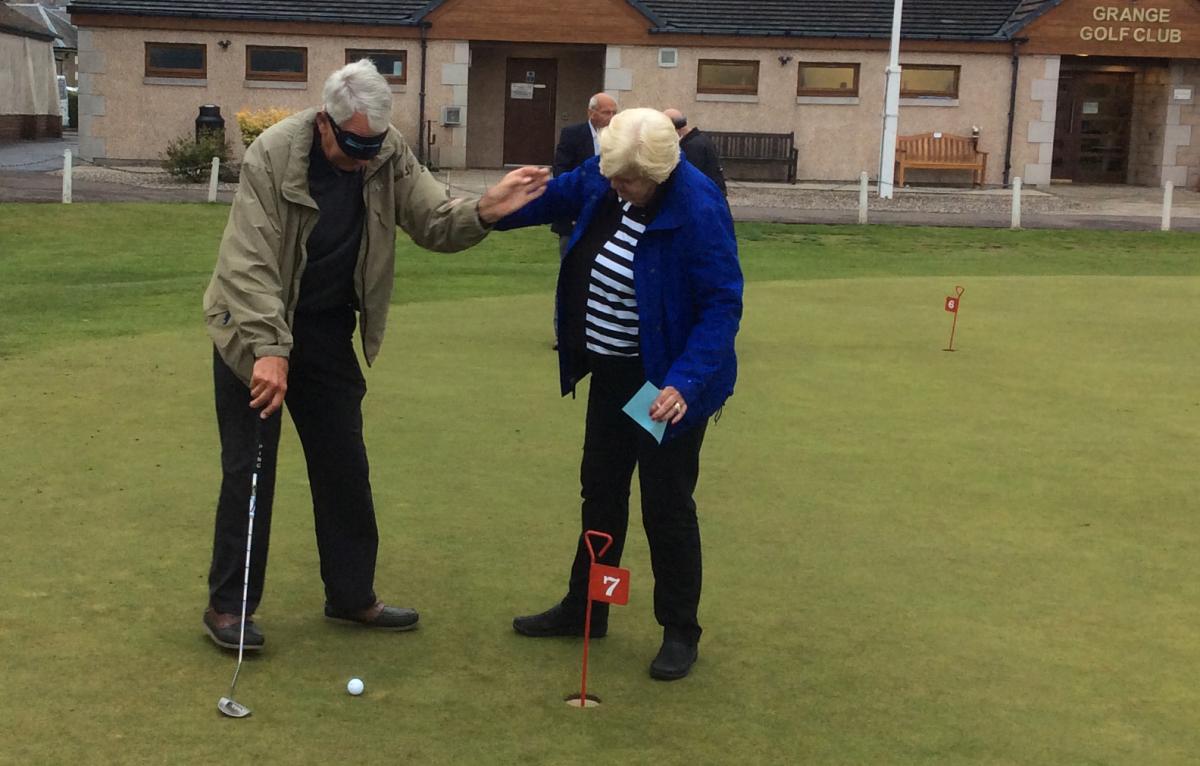 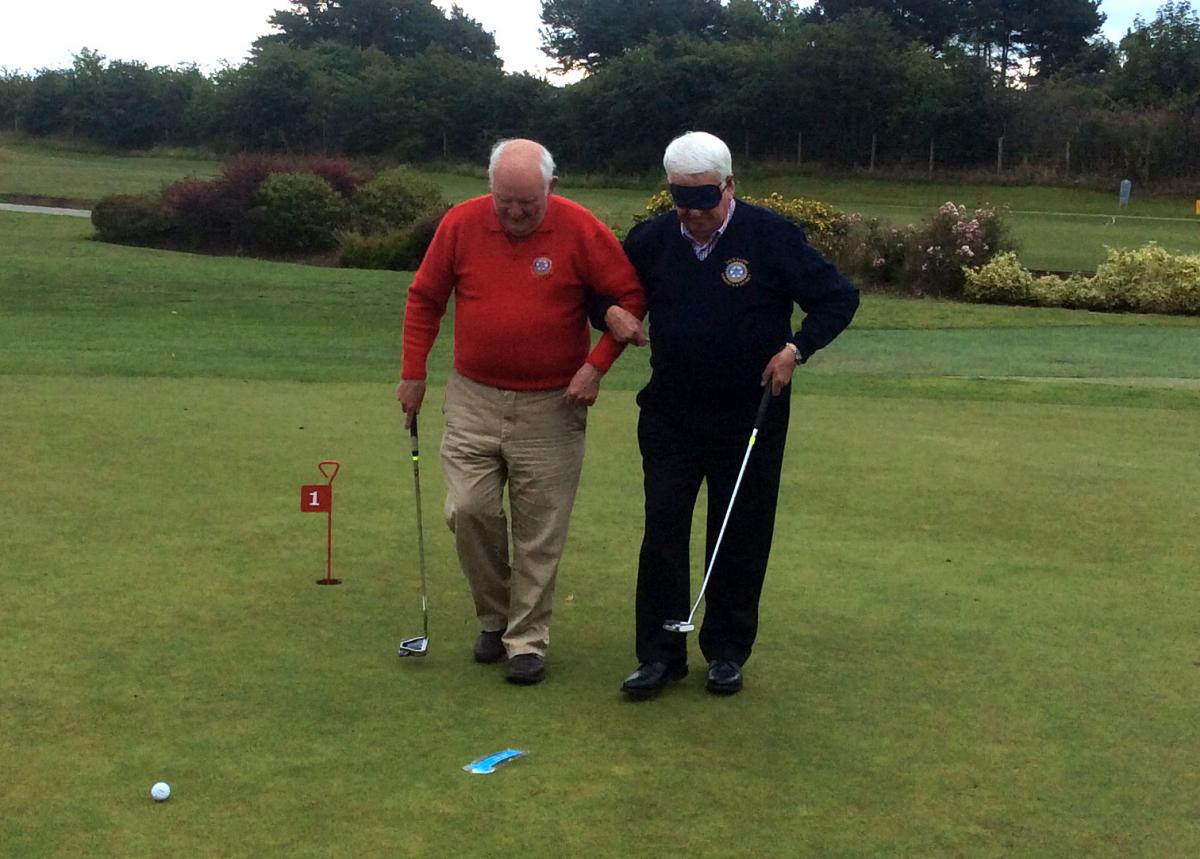 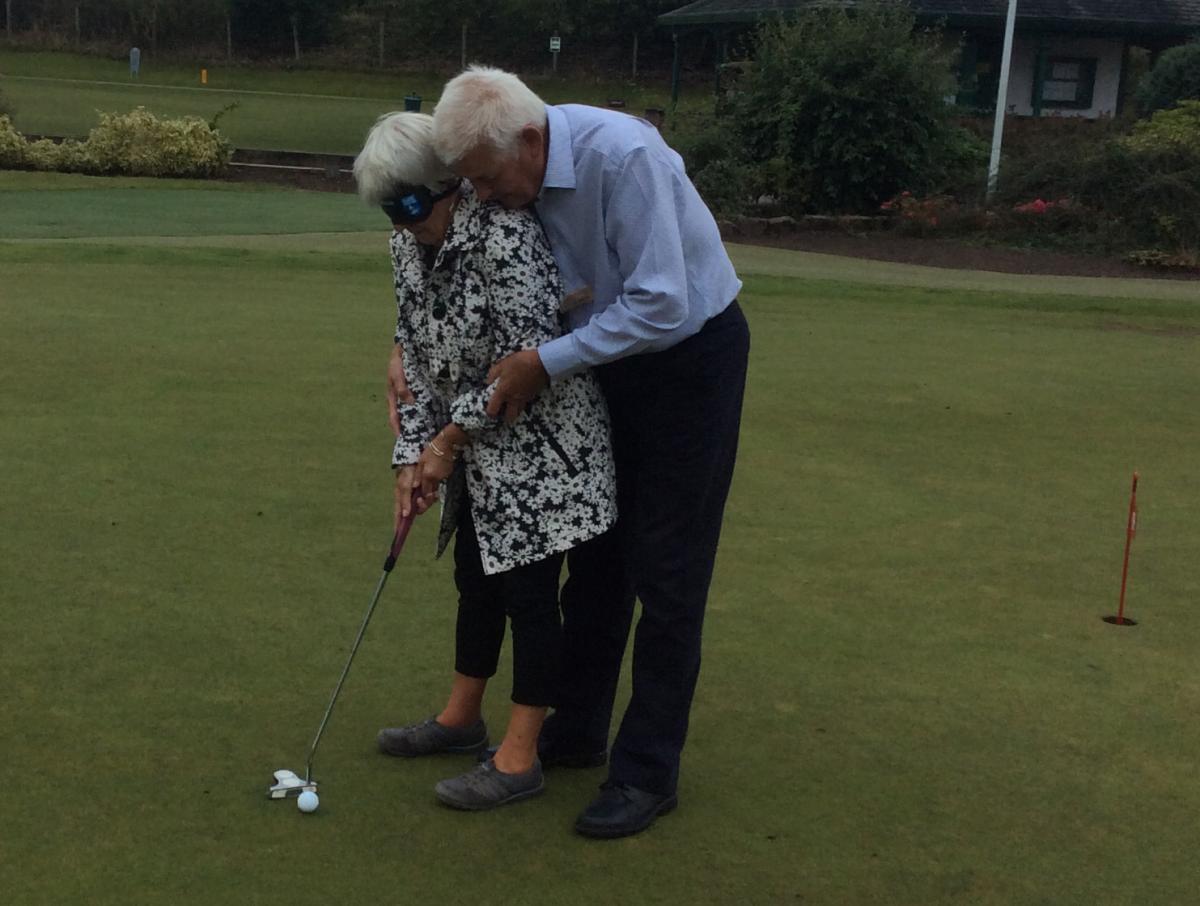 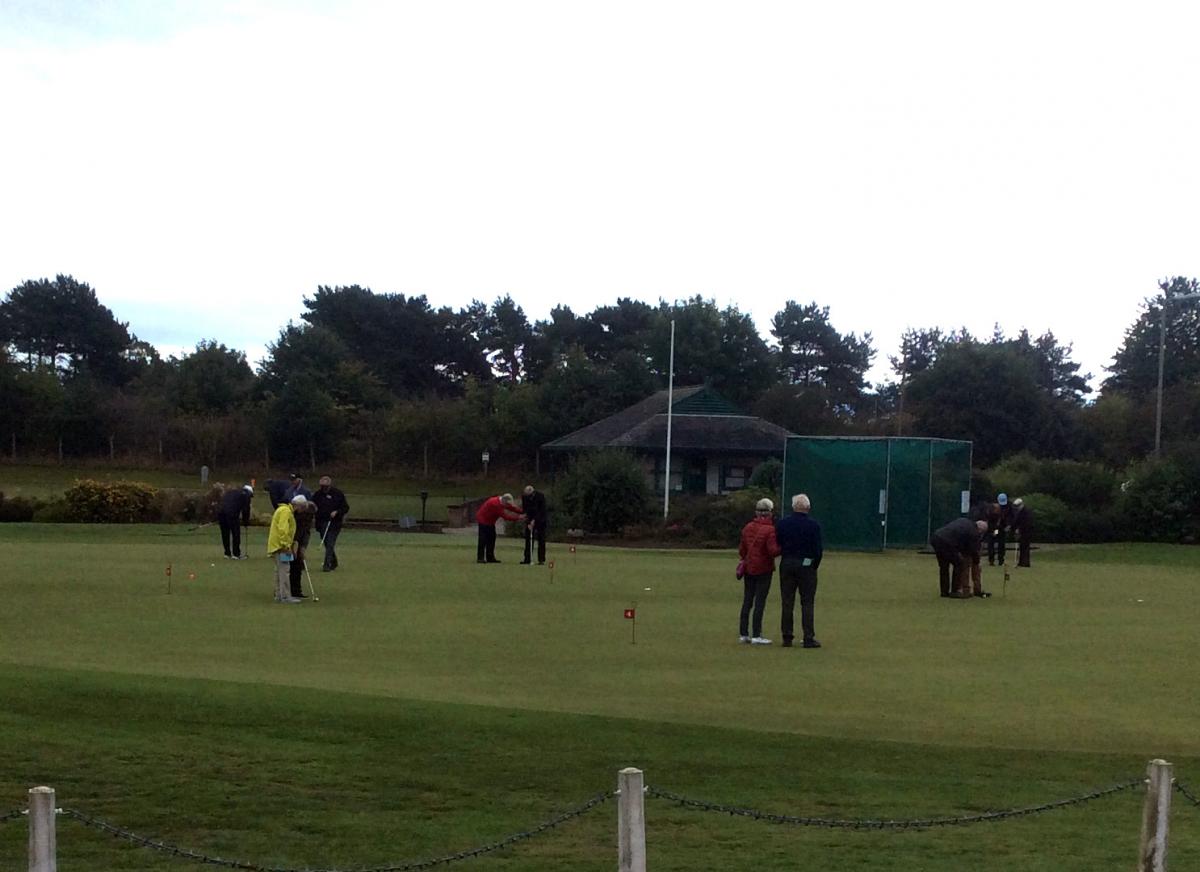 On Wednesday 16th August Monifieth Rotarians and guests took part in a blind-folded Putting Competition. The aim was not only to raise awareness of the life changing work of Guide Dogs for the Blind - and to raise a small sum of money for them - but to give the putters an appreciation of the challenges faced by those with impaired vision.

The competition was for teams of two, one member of the team being blindfolded with the other guiding; roles were reversed half way round. Most competitors adjusted well to their short period of total blackout, but it was a salutary experience to think about having permanent visual impairment.

There were some excellent examples of team work, with very few embarassingly high scores! Stewart Butchart, guided by Ewen Jenkin recorded two holes in one and they also managed to have the lowest score of the evening to win 1st Prize.

Many thaks to all who took part, and to Guid Dog puppies Jeeves and Nelson who came along to ensure fair play.