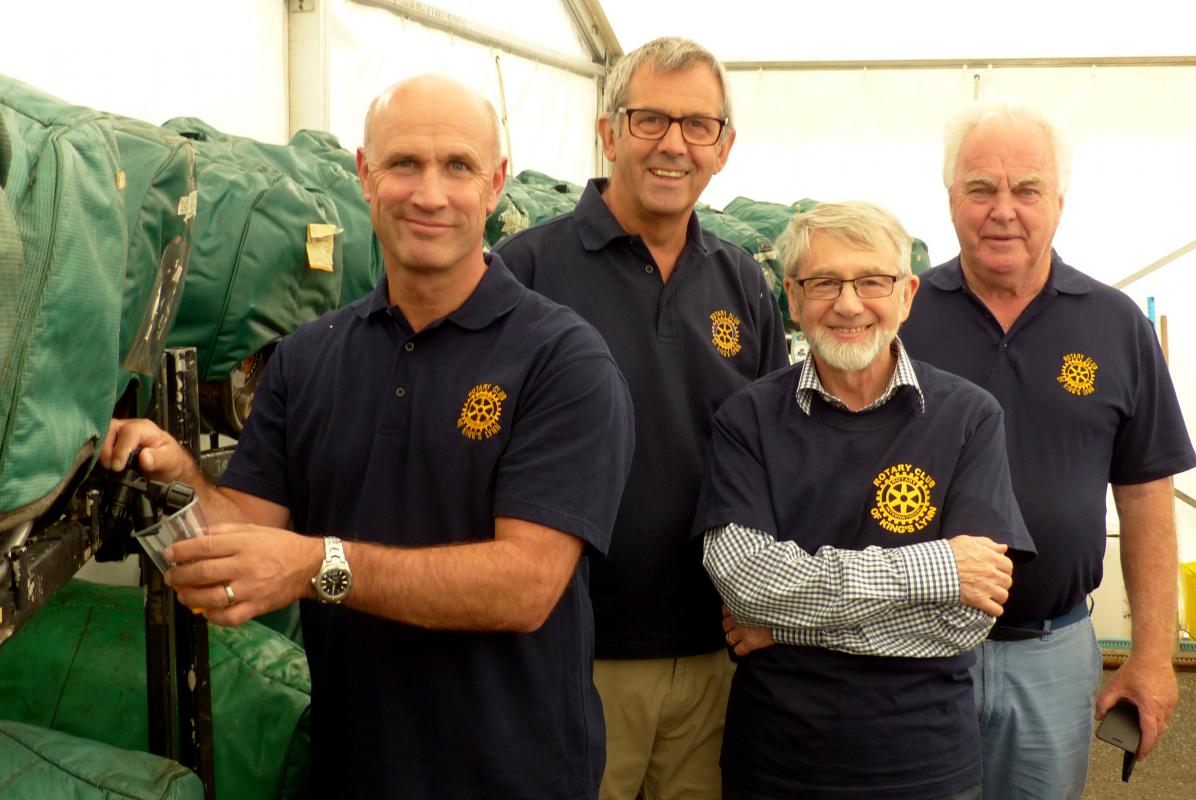 Rotary members manning the bar at the Beer festival 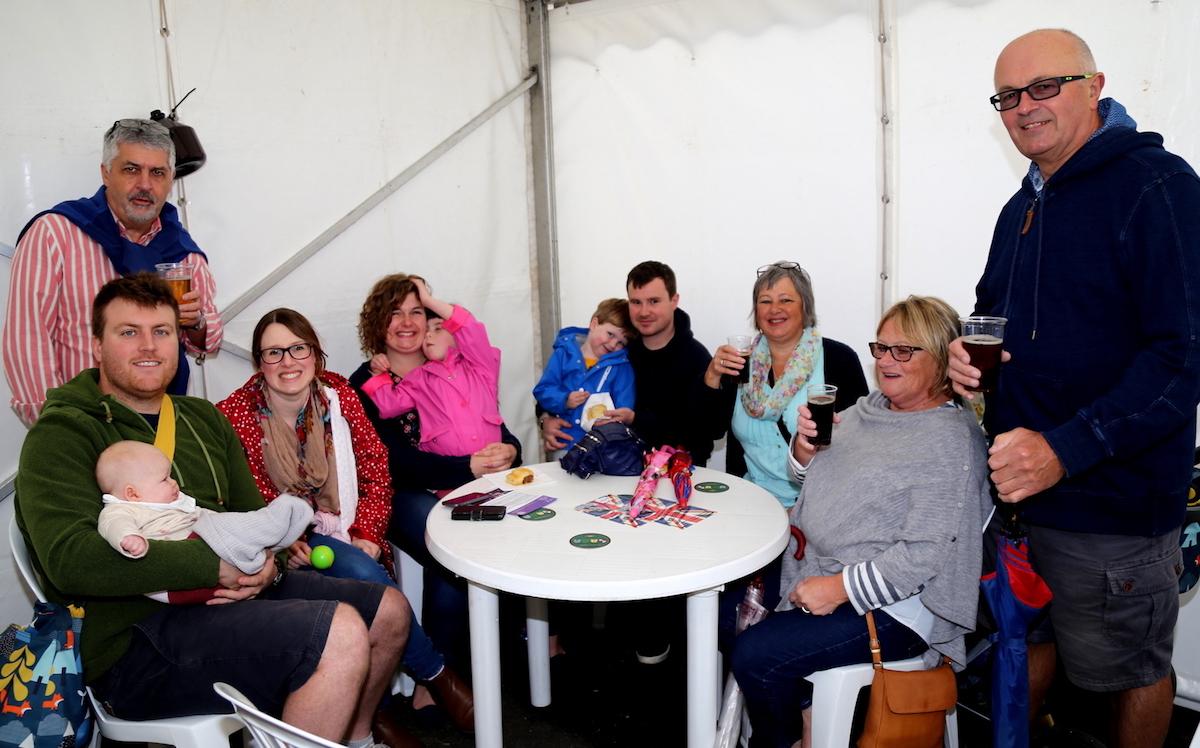 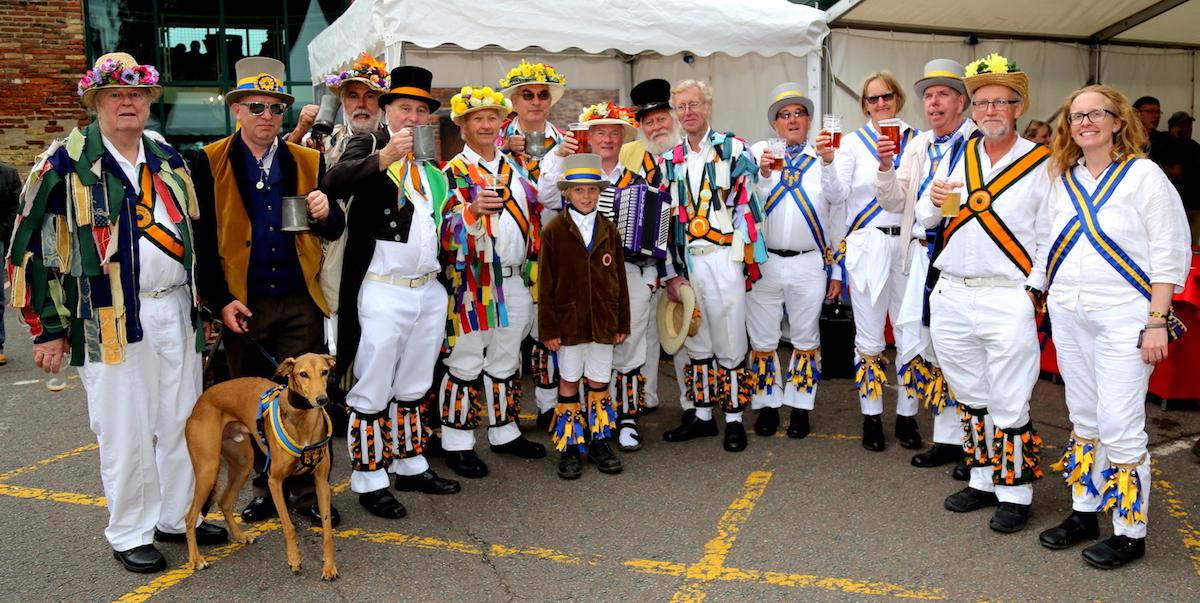 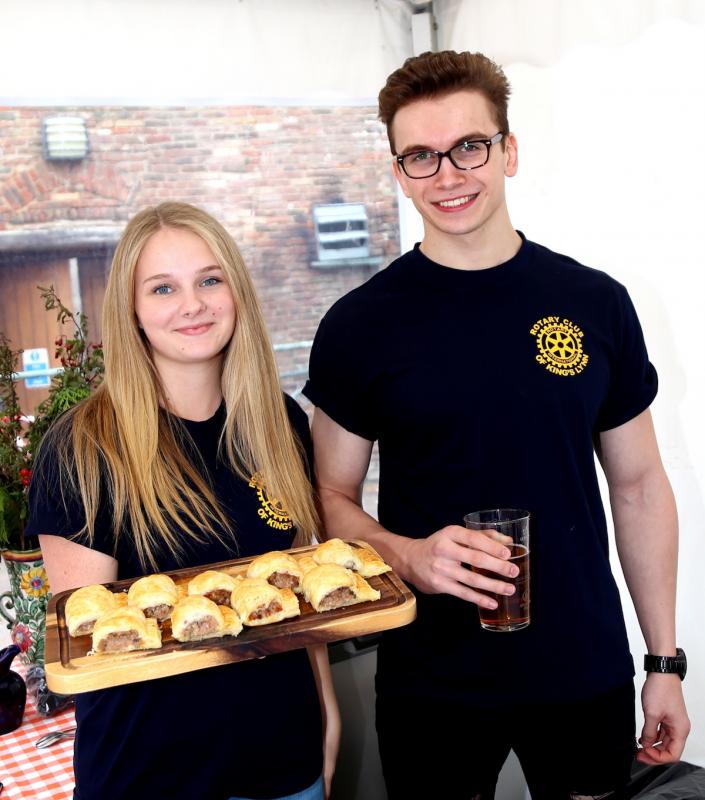 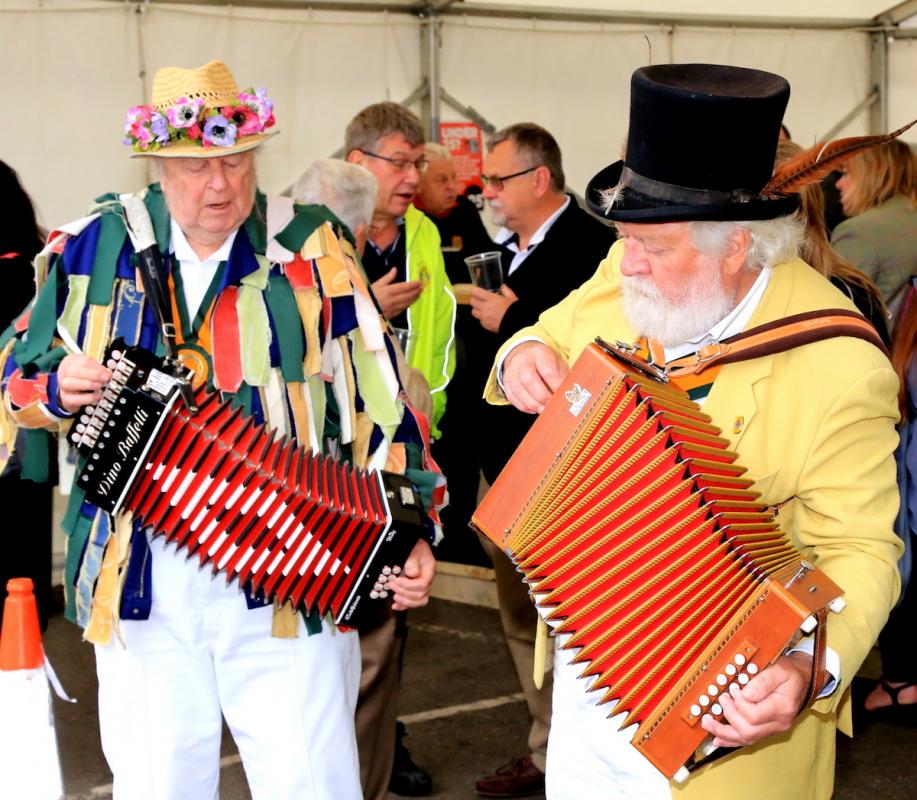 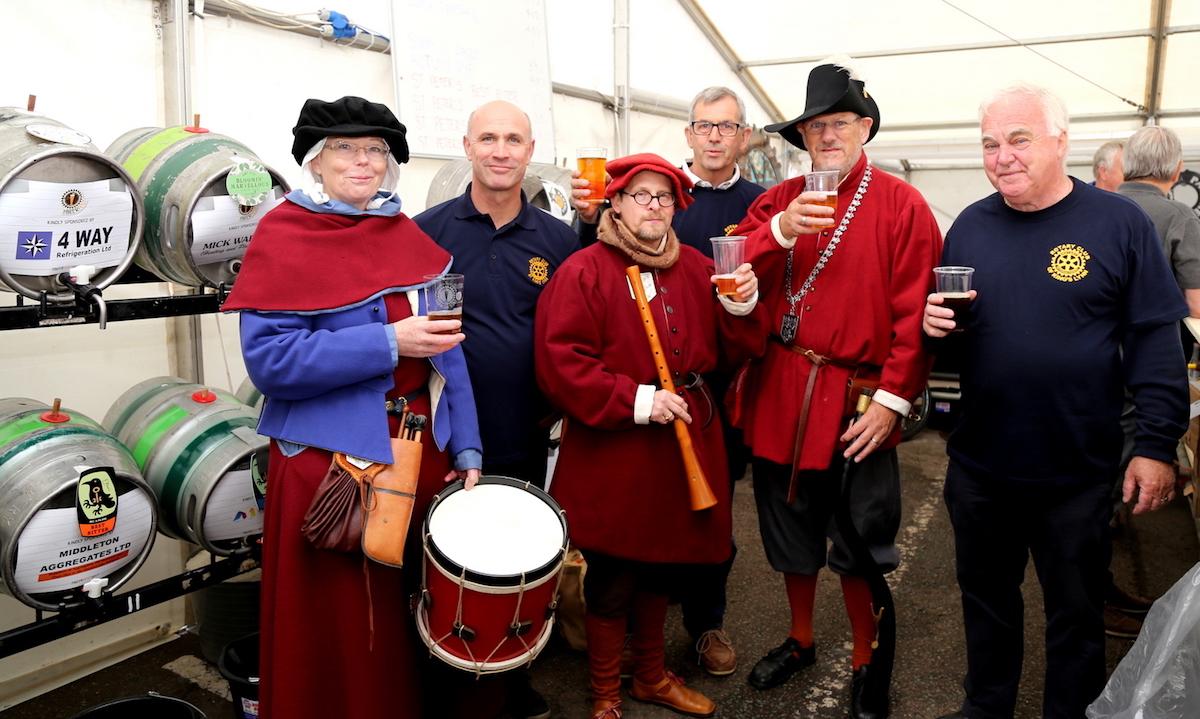 For the 2017 Beer Festival it would have been difficult to choose a busier weekend.  King's Lynn was swamped with visitors attending any and all of three major events being held in the Town and even the weather was kind. The Rotary Club of King's Lynn's beer festival, held at the Hanse House on the South Quay, attracted a vast number of visitors who made the event their chosen watering place whilst sharing their time with the Town's Heritage weekend plus a car show in the Tuesday Market Place. They kept the volunteer bar staff busy for the whole weekend. The speciality beers, which were sponsored by firms and individuals, were in great demand as were the variety of ciders and other drinks on offer.  It seems that there was always something to amuse and attract, with a variety of snack foods available and an ever-running barbeque, together with singers, dancers and musicians that kept the toes tapping and everyone seemed to have a smile on their face.  The King's Morris dancers gave a great display, and were joined by visiting teams from Rutland, Fenstanton and from Ely & Wittlesey Riot.  They encouraged visitors to take part much to the amusement of the crowd.

Rotary Club  President Mark Walker stressed that whilst the object of the exercise was to raise money, he felt that the event welded the Club members into a more cohesive team and brought the work of Rotary to the fore.  Indeed during the event two members of the public approached the Club enquiring about membership.

The 3rd Beer Festival took place on 17-19 August 2018 and as on previous occasions was sited at the Hanse House on the South Quay.  This time the event co-incided with a Water Sports weekend organised by the Hunstanton Water Ski Club.  Over 30 sponsors supported the event which raise some £2700.  The lead photograph shows organiser Mark Walker, Club President Pip Rippengill and Rotarians Michael Walker and Geoff Cheney.