Also known as The Tuesday Club or even The Blind Club (The members are visually impaired, the club is not blind!).

The Kenilworth VIP Club was formed about forty years ago and comes under the umbrella of Warwickshire Vision Support, formerly known as Warwickshire Association for the Blind.

The Club meets every Tuesday afternoon for two hours during school term time and the meetings are held at The Methodist Church in Priory Road Kenilworth.

The membership varies in number but there are eighteen members at the present time.

The Club is run by volunteers who engage various people and organisations to provide entertainment ranging from musical afternoons, to speakers on a variety of subjects from the swans of Stratford upon Avon to informing the members of the Moslem faith. The volunteers also arrange for an occasional  beetle drive or a quiz afternoon. Once a year there will be a “fish and chip” lunch and at Xmas a special lunch at one of the local pubs.

Cups of tea and cakes are provided at each meeting together with a raffle, the prizes being provided by the member sat a minimal cost.  A nominal charge of £1 is paid by each member per week to cover the cost of the tea and cake.  Some speakers charge a small fee and this is covered by donations and fundraising by the club which is “self-funding. 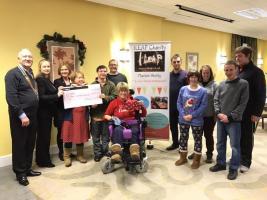 more This successful and enjoyable event was organised by our Corporate Members, Band Hatton Button, Solicitors, and hosted by The Holiday Inn of Kenilworth

more The Community & Vocational Committee is active handing out funds, some of which the committee members helped raise themselves.

more Our C&V team support this event each year, whatever the weather! 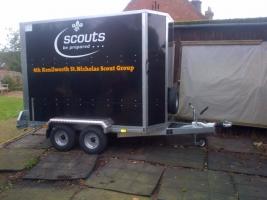 Trailer for the Scouts 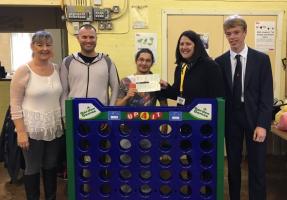 more Presentation of a cheque for £100 from Kenilworth Rotary together with a giant 'Connect 4' game jointly funded by ourselves and Big Game Hunters.

more committee minutes and other notifications 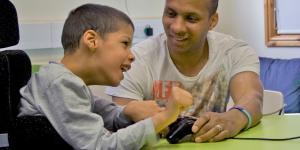 back The community & vocational work of the club is managed by our 'C&V' committee, led by Bob Wildman