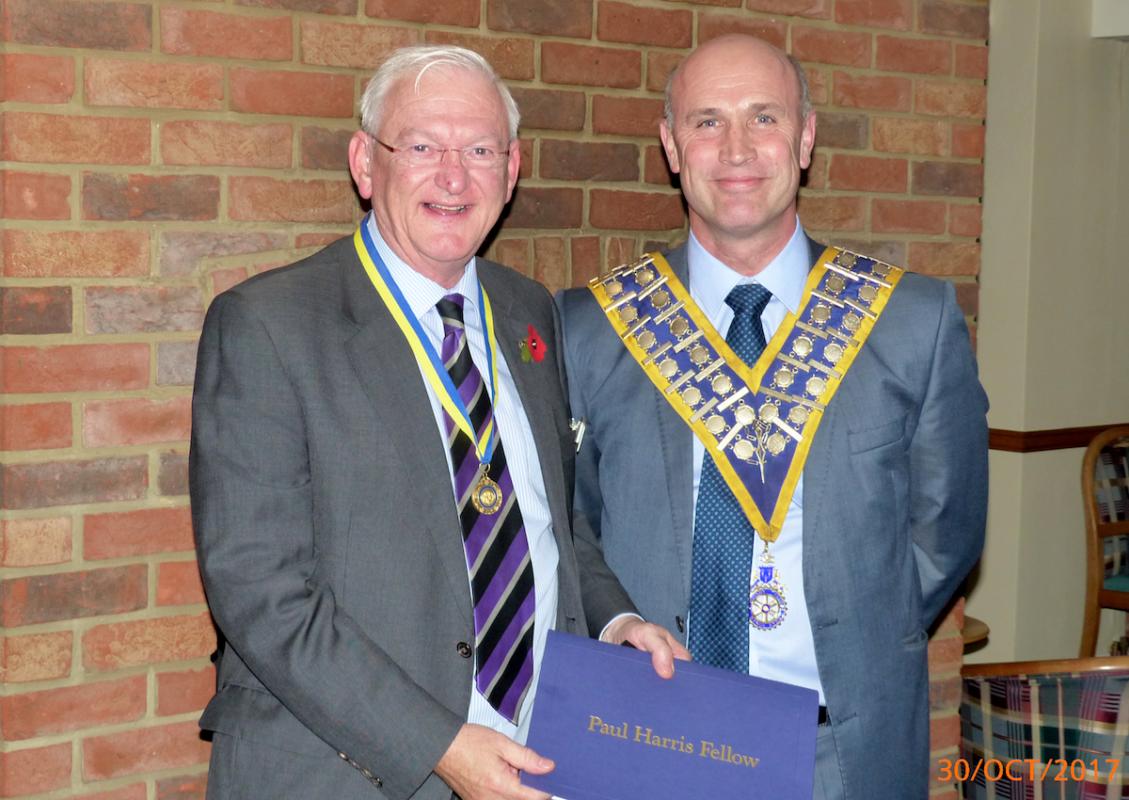 In the memory of Paul Harris, the founder of the Rotary Movement in 1905; Paul Harris Fellowship Awards were estabished in 1957 to recognise both Rotarians and other individuals who have made exceptional contributions to the work and ethos of Rotary,  at home and on the World Wide stage. Since the inception of Paul Harris Fellowships, The Foundation Committee of The Rotary Club of King's Lynn has annually given careful consideration to potential recipients, not only within the Club but persons outside of Rotary who are worthy of recogition within their own sphere of interest or voluntary work.  For example His Royal Highness, Prince Philip, Duke of Edinburgh accepted a Paul Harris Fellowship from this Club in 1960. In 1988, Richard Waite a well known local Architect became a member of The Rotary Club of King's Lynn and during the intervening years he chaired each of its management committees, was Club President in 2002-2003 and ten years later again accepted the role of President in 2012 - 2013. In Richard's professional life, in addition to designing newbuild houses, apartments and commercial properties. he has worked on a significant number of Historic builings, including the Custom House and the Town Hall and has been appointed architect for 38 churches in the Ely and Norwich Diocese.  A proportion of Richard's work is done on a voluntary basis and his interest in conservation has led to a long-standing relationship with Almshouses and he is Clerk to the Trinity Hospital Almshouses at Castle Rising. Married to Judith, with two children, Richard has a great love of sport, making regular trips to watch Southamption FC play both home and away matches.  During his children's teenage years, his son Charlie became a keen swimmer, with Richard transporting them and their friends to sporting events across the country. In Richard's response, he expressed surprise that he should be considered worthy of the Award, but he felt honoured to join the list of existing and previous Paul Harris Fellowships conferred by the Club.