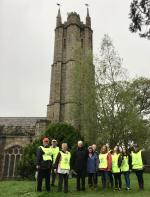 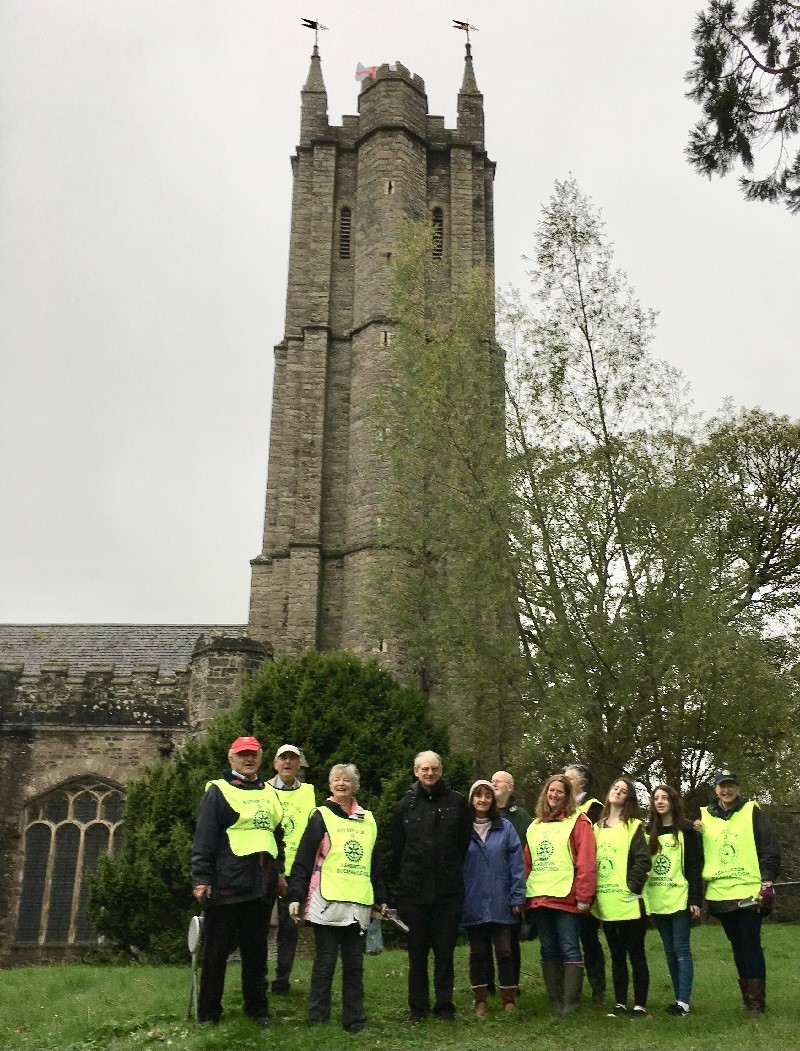 Storm Brian tried hard with its howling cold, high winds, and blinding, lashing, heavy rain downpours to disrupt the Country. But the Rotarians of the Rotary Club of Ashburton/Buckfastleigh stood firm and resolute to complete their service project.

Over a two week period we celebrated World Polio Day by planting 10,000 Purple4Polio crocus bulbs across our two communities. Ashburton and Buckfastleigh are within Dartmoor National Park and are located on the A38, about three miles apart. Buckfastleigh includes Buckfast and Buckfast Abbey within its town.

Our founder Paul Harris believed that Fellowship was the basis of Service Projects, and this was very much the case. Following an inspirational after-lunch talk by Rtn. Peter Cross about his involvement in the January 2017 World Immunisation Day in India, the Club decided to join the P4P planting campaign.

We publicised our project, to raise awareness of what we intended to do, a Social Media, newspaper and local publication strategy was developed and implemented.

Our 'photos show the extent of involvement of our local community - to whom go our thanks for their interest and assistance.

While Storm Brian raged, Rotarians were joined by the Portreeve, the Mayor, residents, relatives and friends. We even found time to sing ‘Happy Birthday’ to the Mayor.

We are very grateful to Ashburton Town Council, the Trustees of the Guild of St. Lawrence, Around Ashburton and St Andrew’s Church Wardens.

Rtn. Sandra Coleman (co-ordinator Buckfastleigh) and children from St. Mary’s RC Primary School planting in the grounds of Buckfast Abbey, by kind permission of the Abbot and Community, the Head and staff of St. Mary’s and Head Gardener Aaron Southgate.