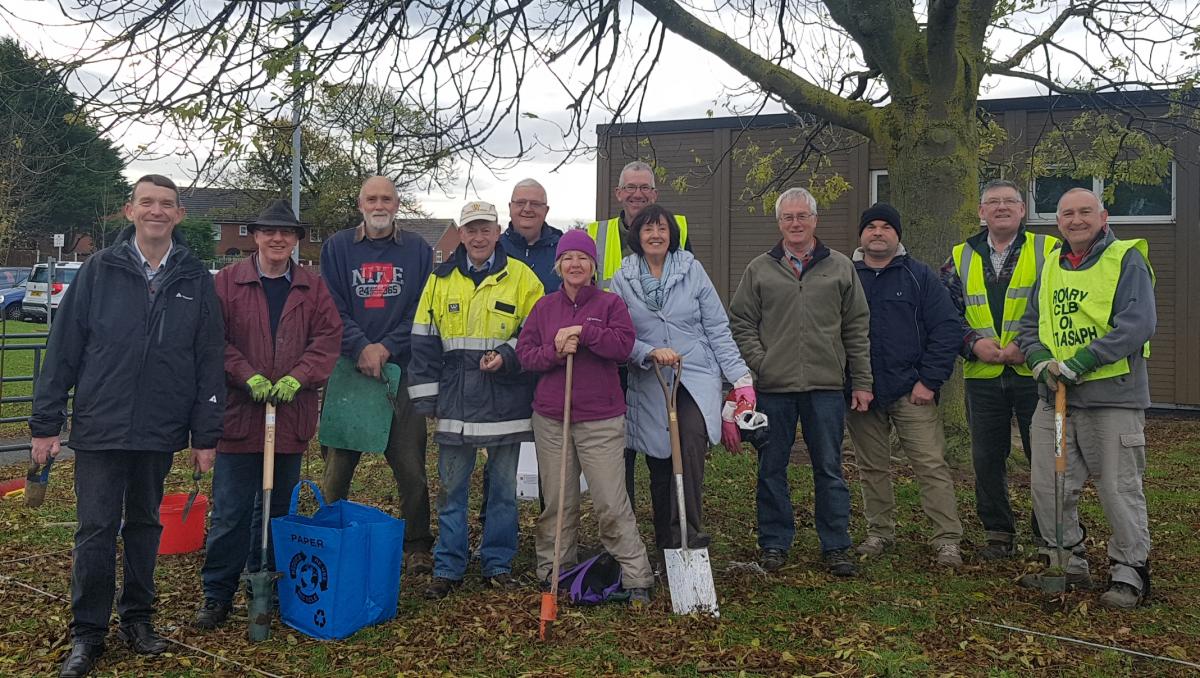 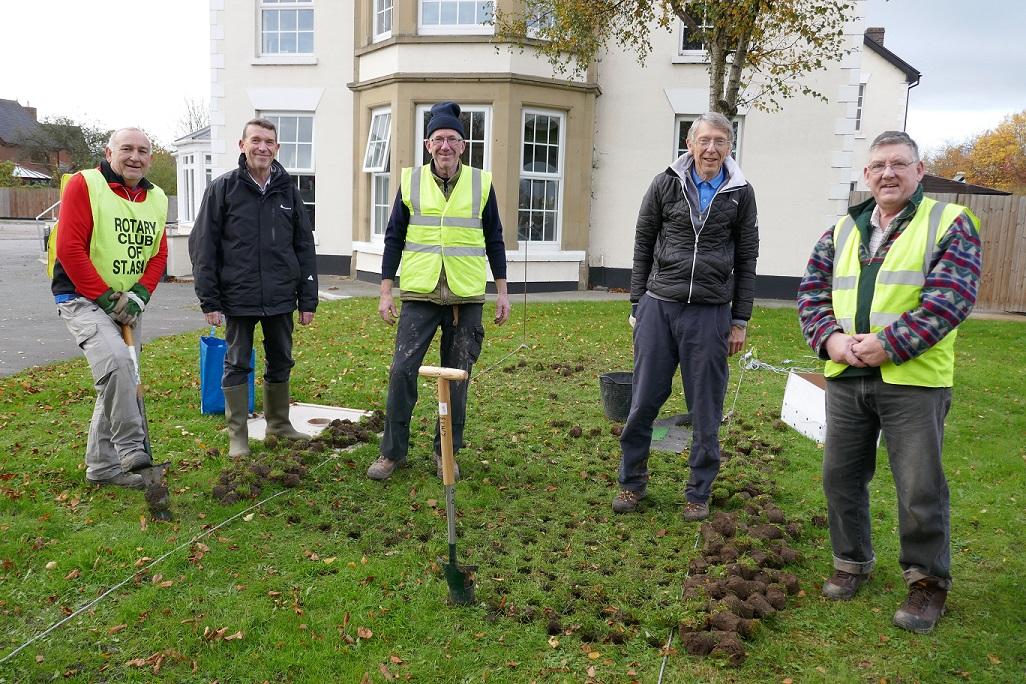 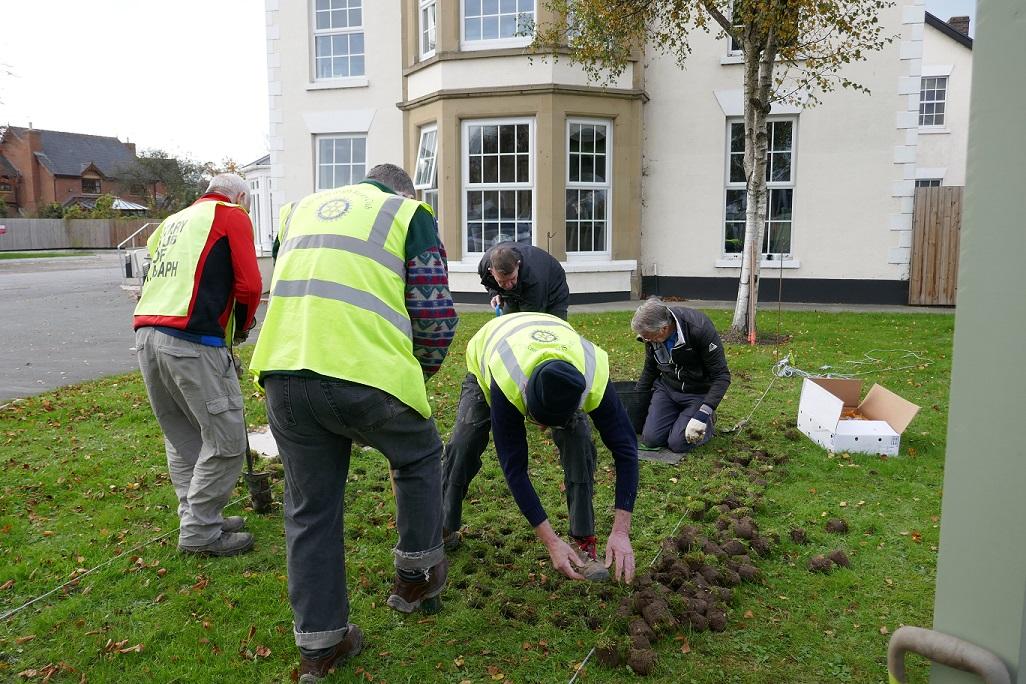 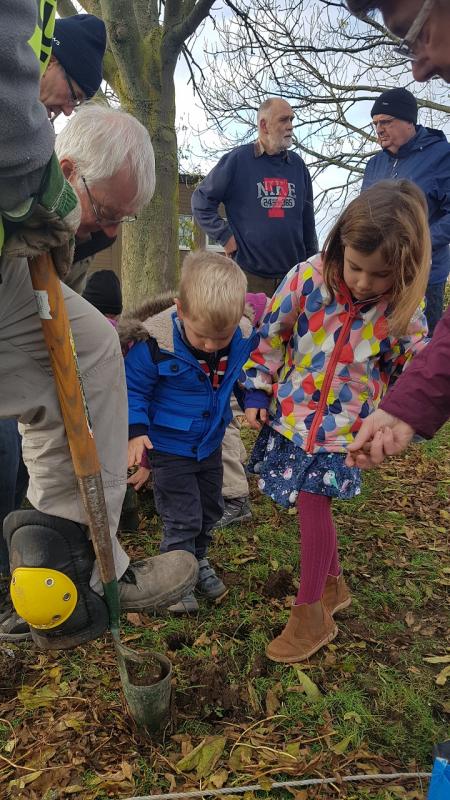 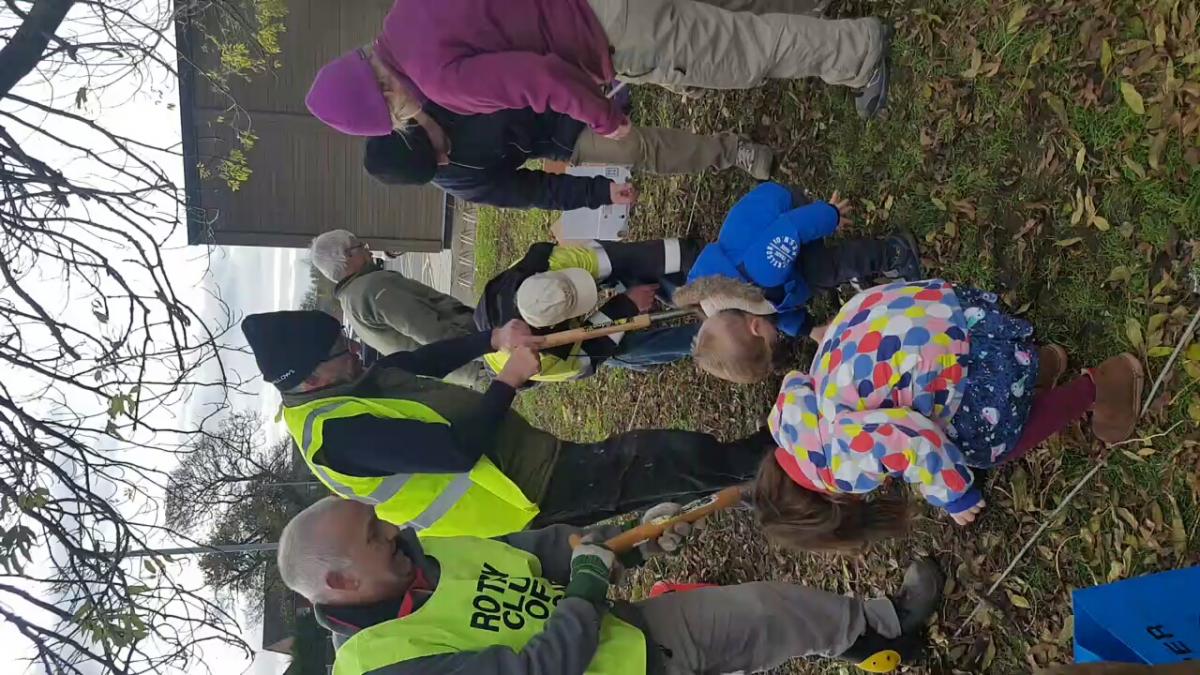 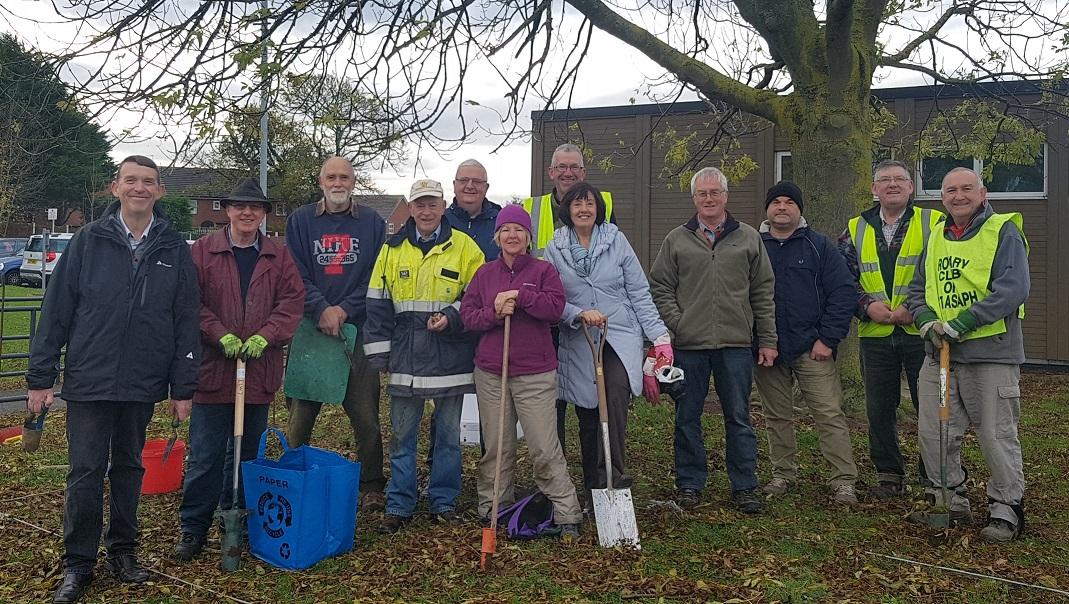 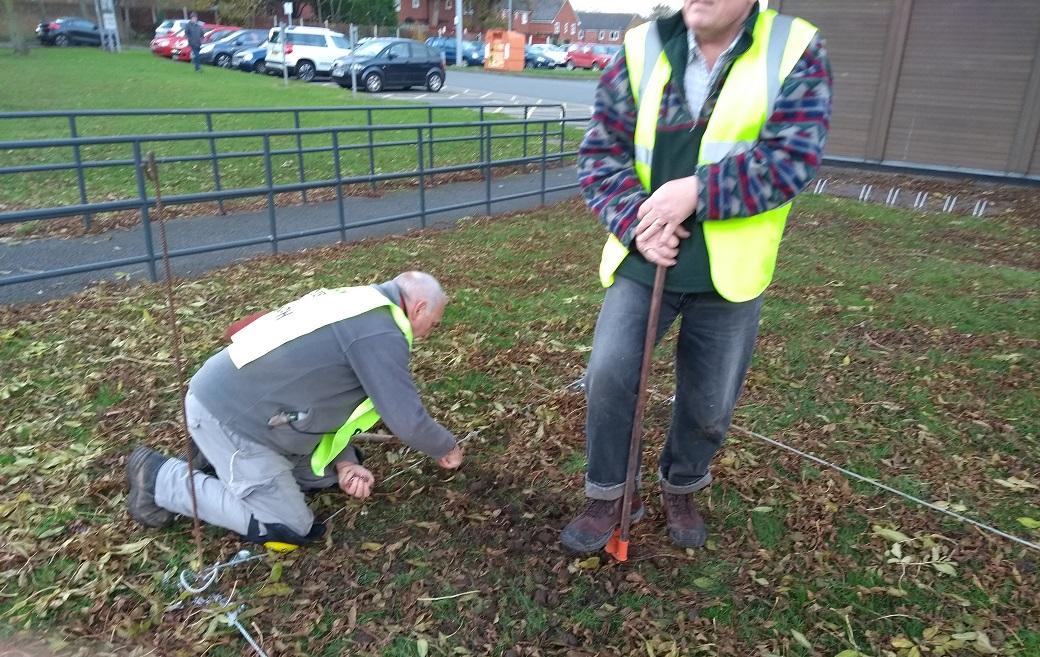 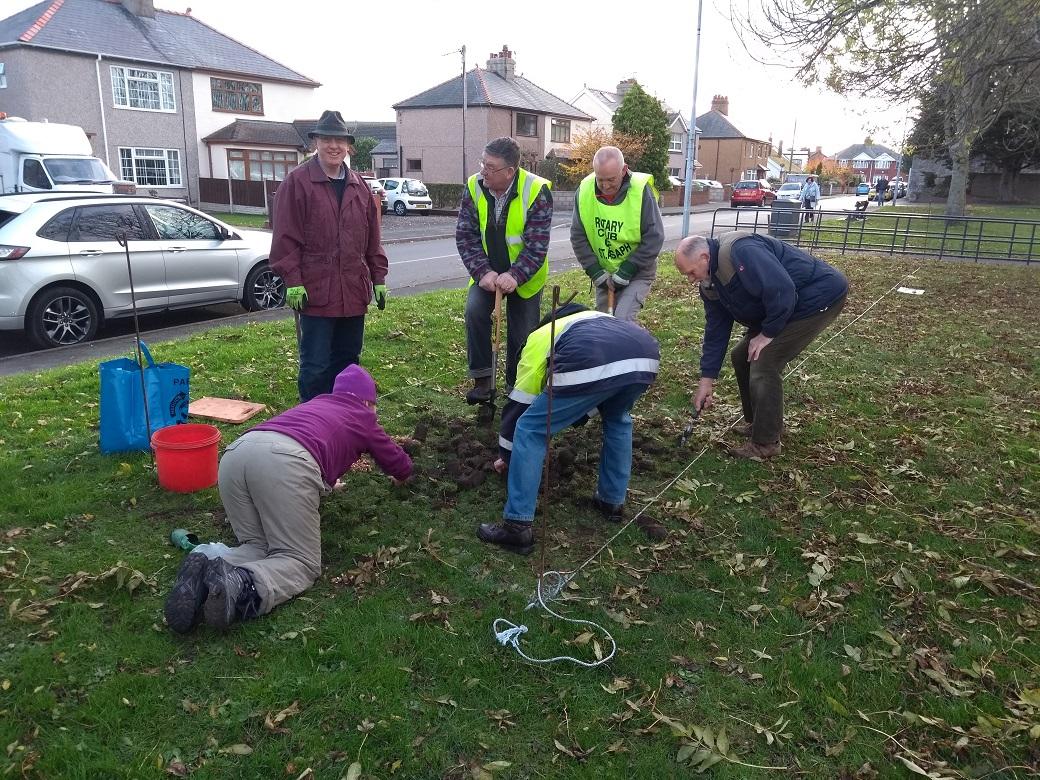 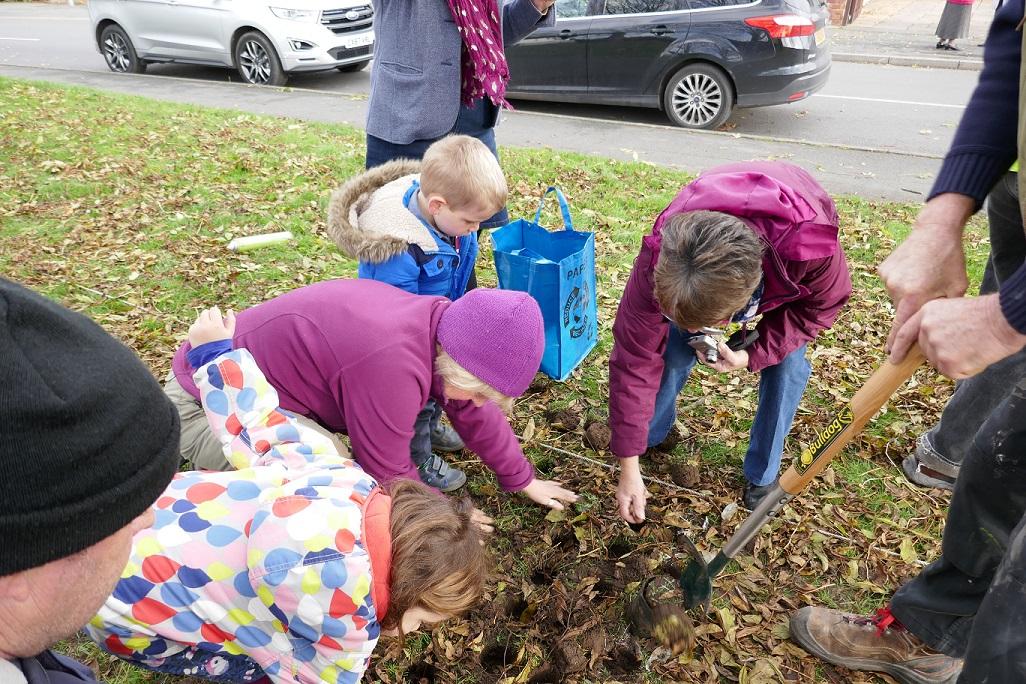 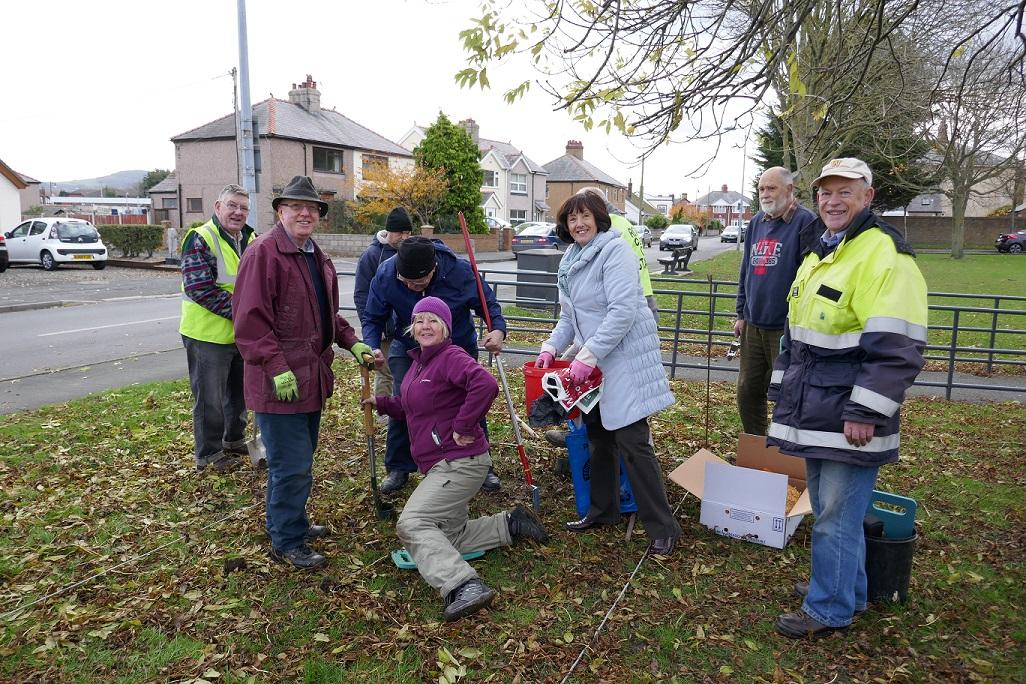 Purple is the symbol chosen to mark the eradication effort being
waged against this dreadful disease. The funds raised from the purchase of the bulbs will go towards the administration of vaccines against polio and the purple crocus flowers will be a sign for everyone to enjoy into the future....

So far this year there have been only 12 cases of polio worldwide. This result has been achieved as a result of Rotarians funding universal vaccination since 1988 and thus
reducing the areas in which infection occurs until now it is limited to remote areas on the Pakistan Afghanistan border. The fight continues with hopefully a victory in sight. Although the Rotary Club of St Asaph provided the bulbs, representatives of the County Council, Town Council, Rhuddlan in Bloom, Rhuddlan Allotment Group and the Mayor assisted the Rotarians at the planting site.

Main Pic From left to right: