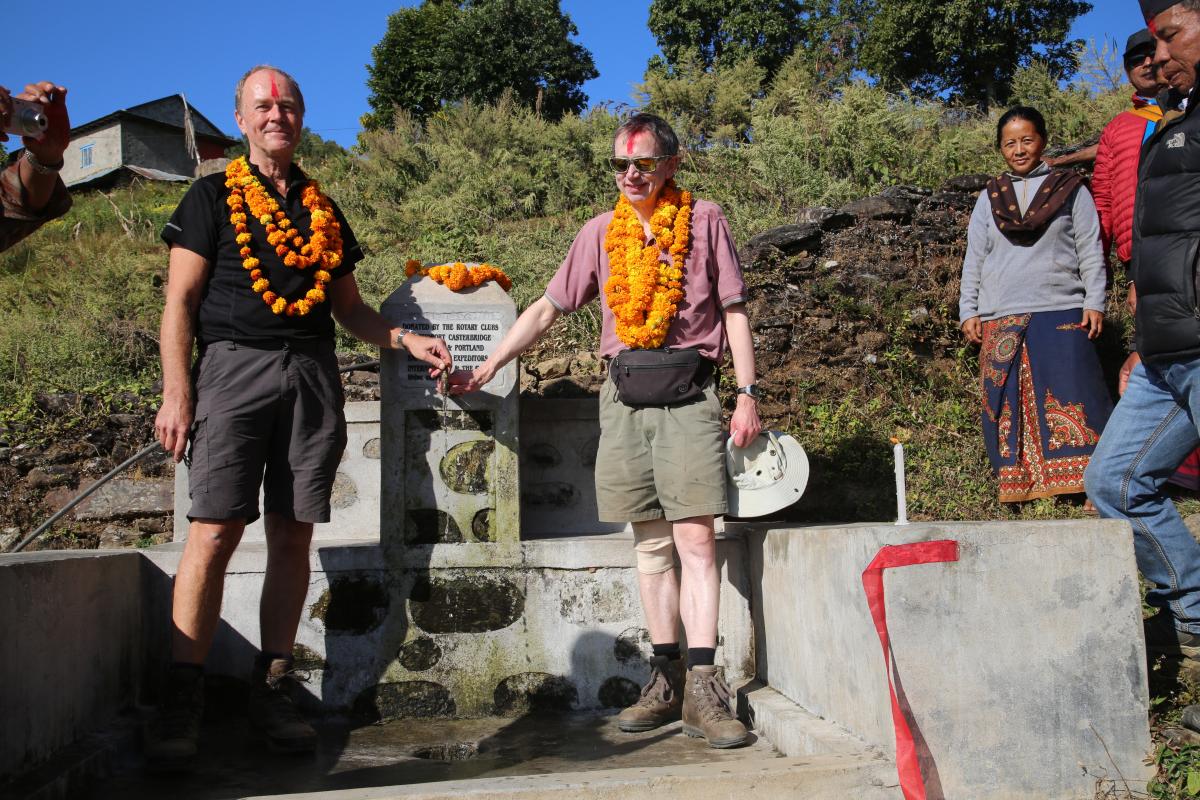 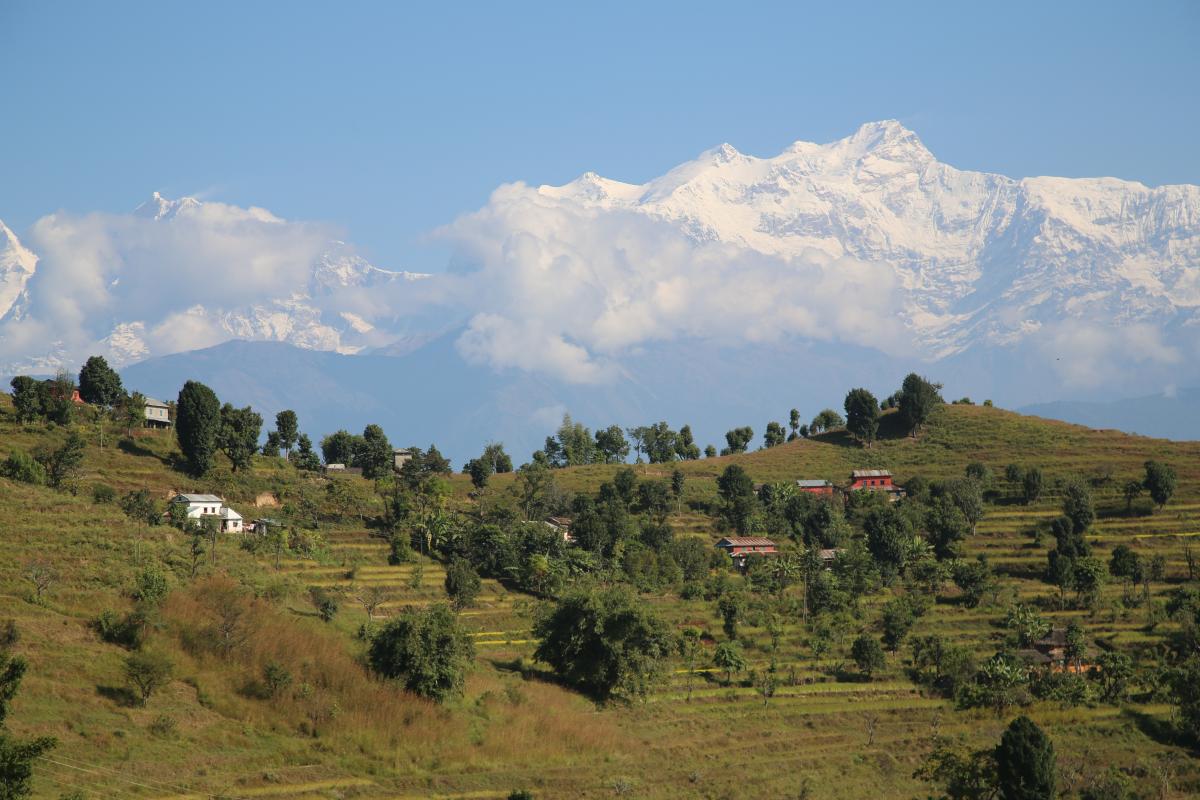 Yangsing village with Manaslu in background 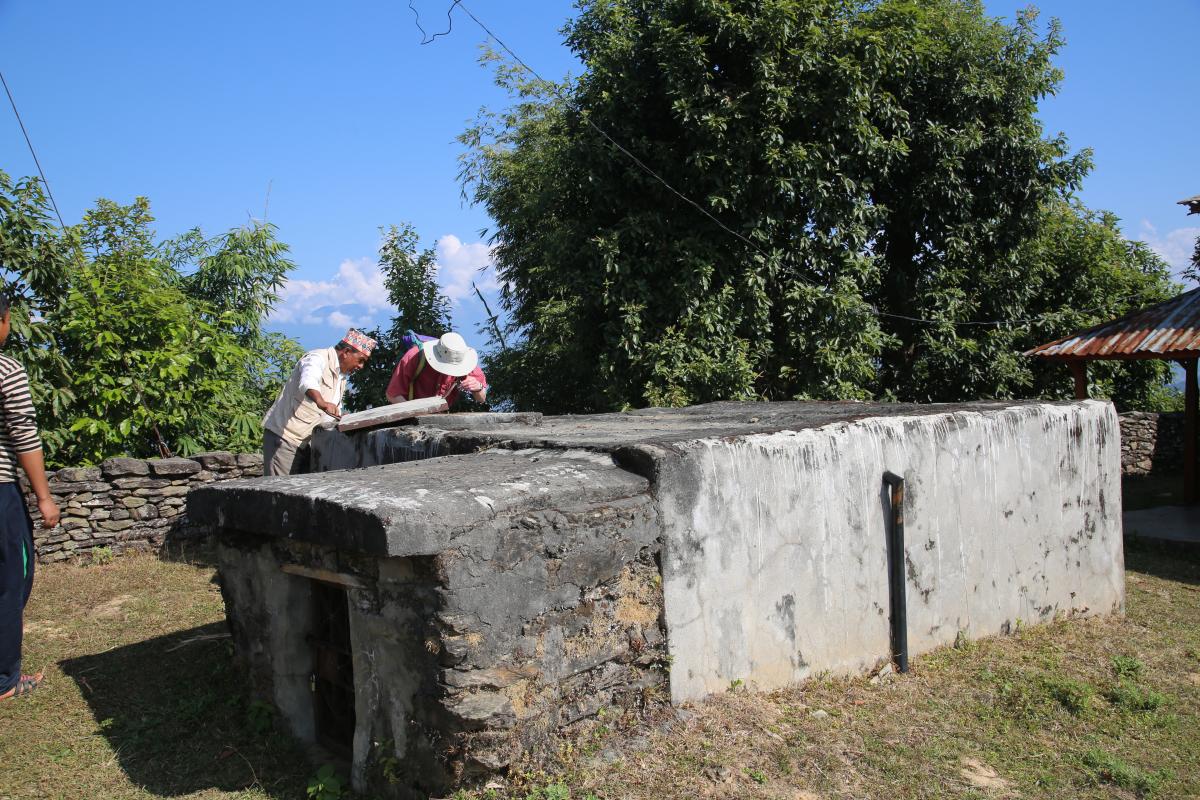 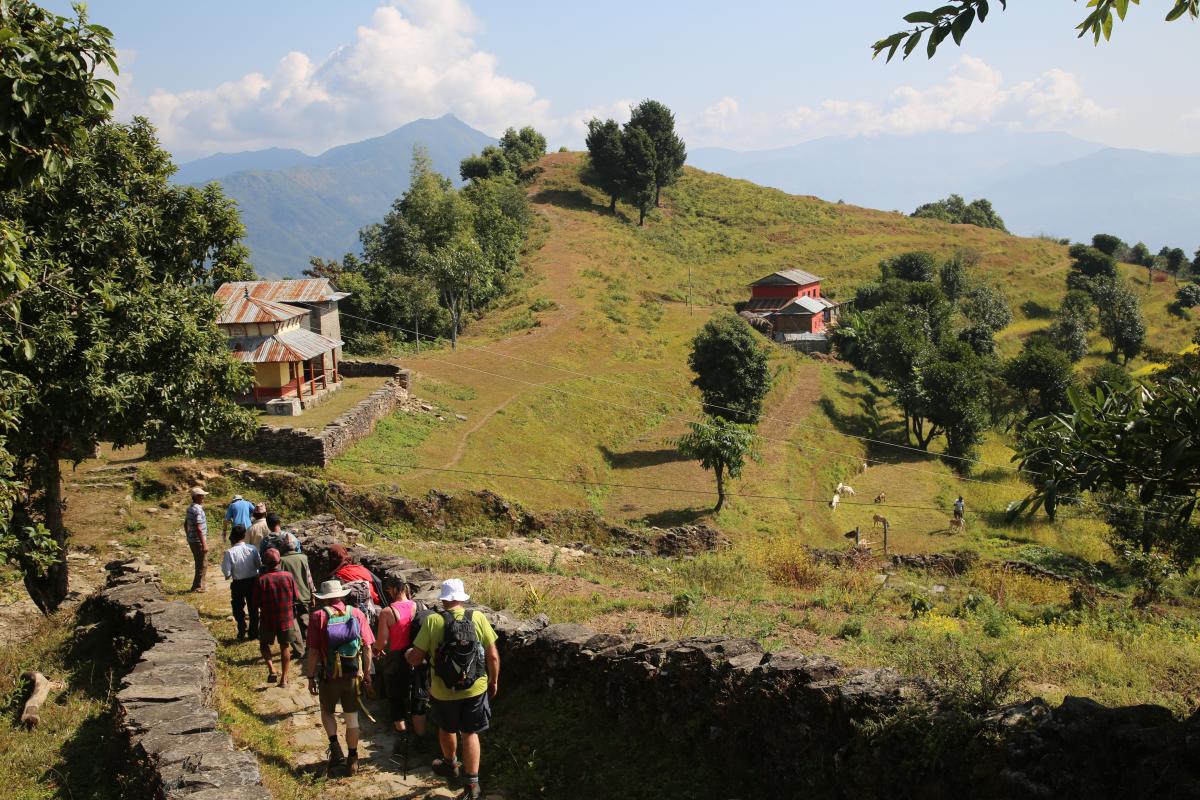 site of new tank to right of wall 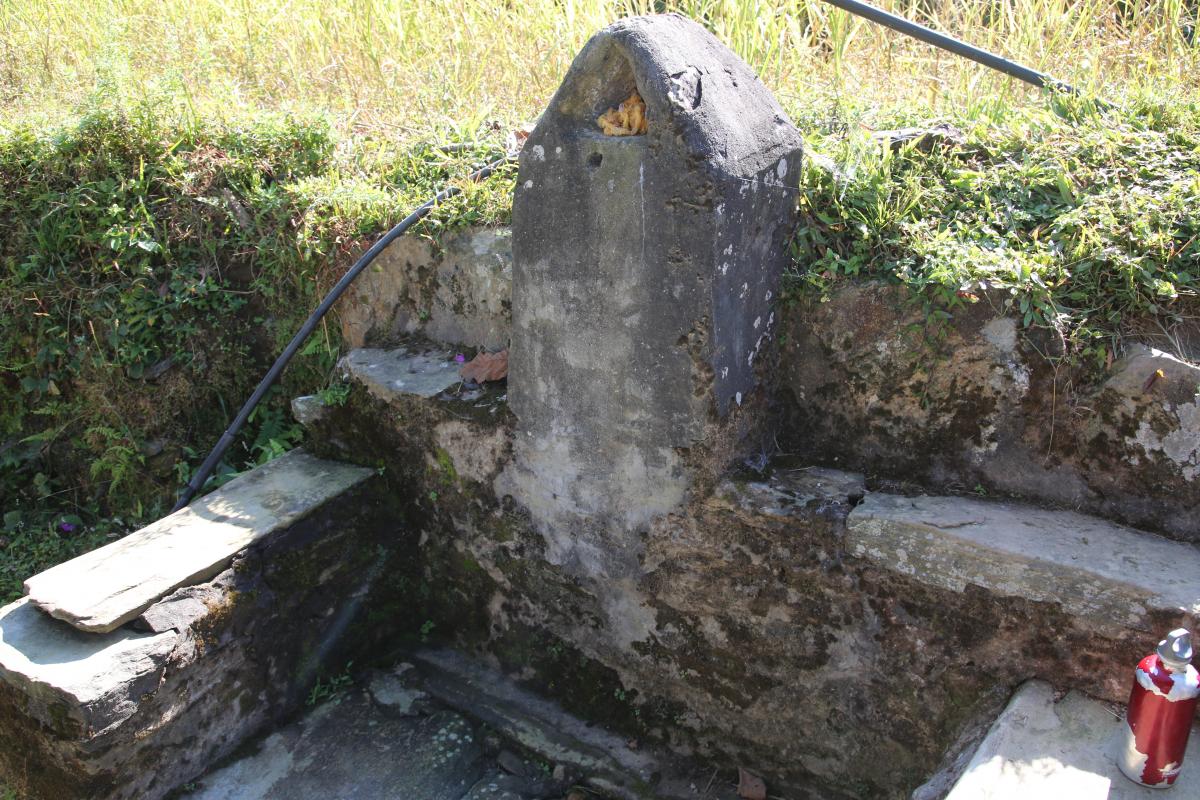 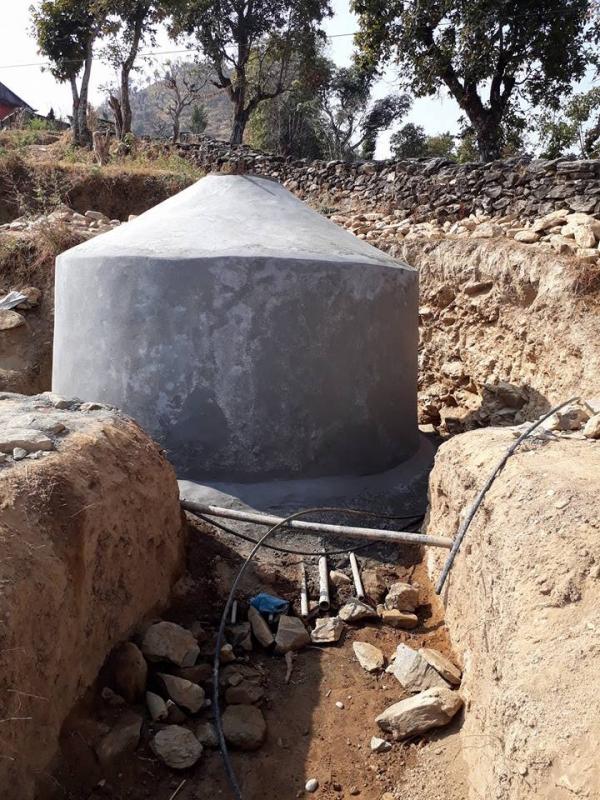 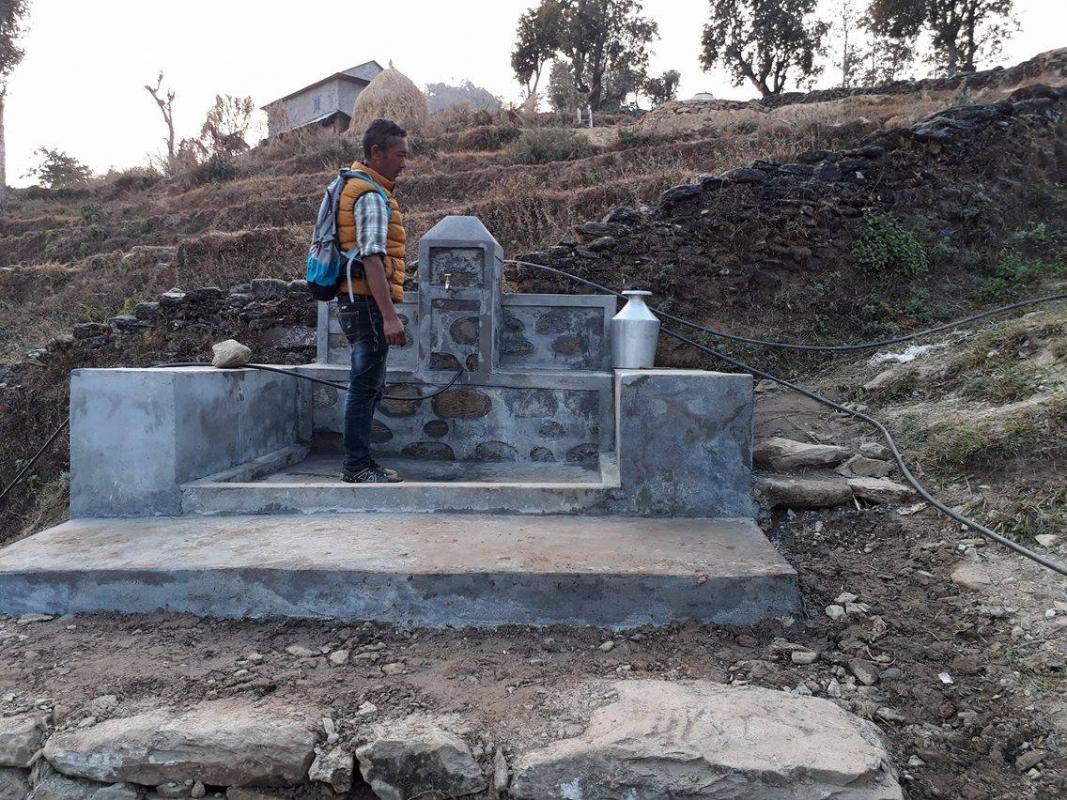 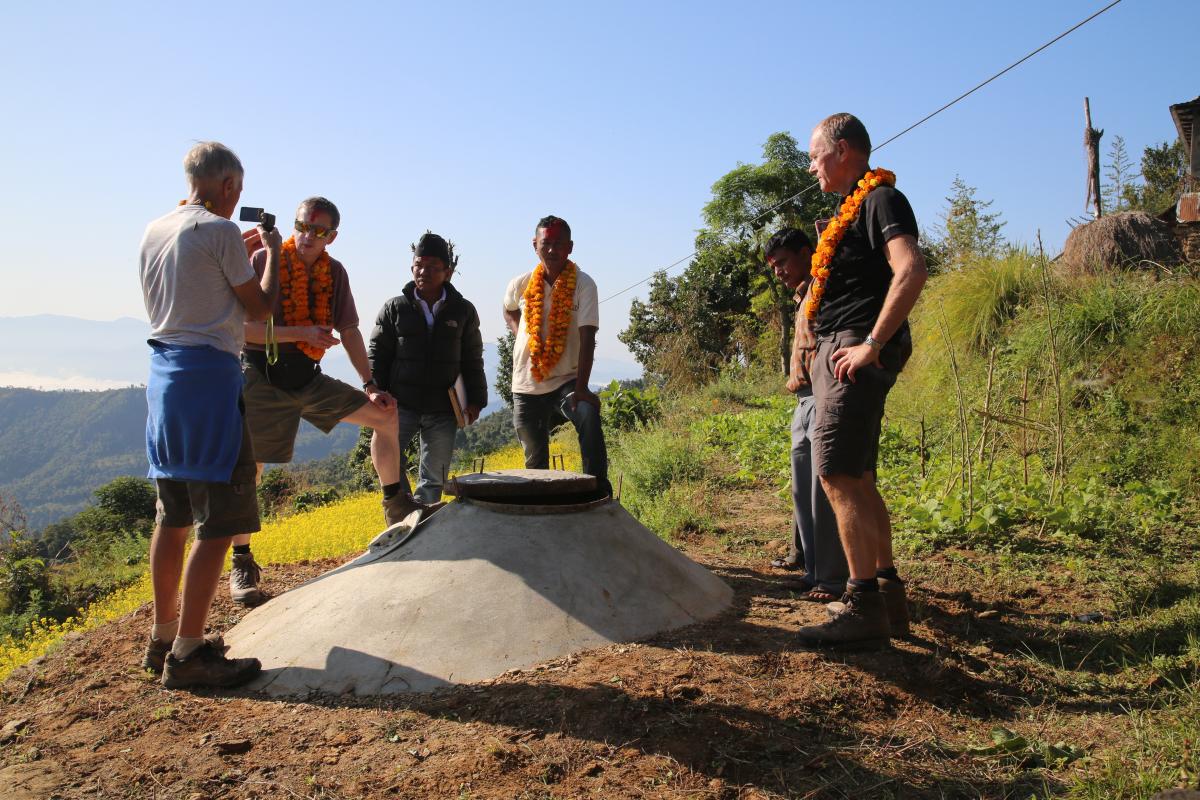 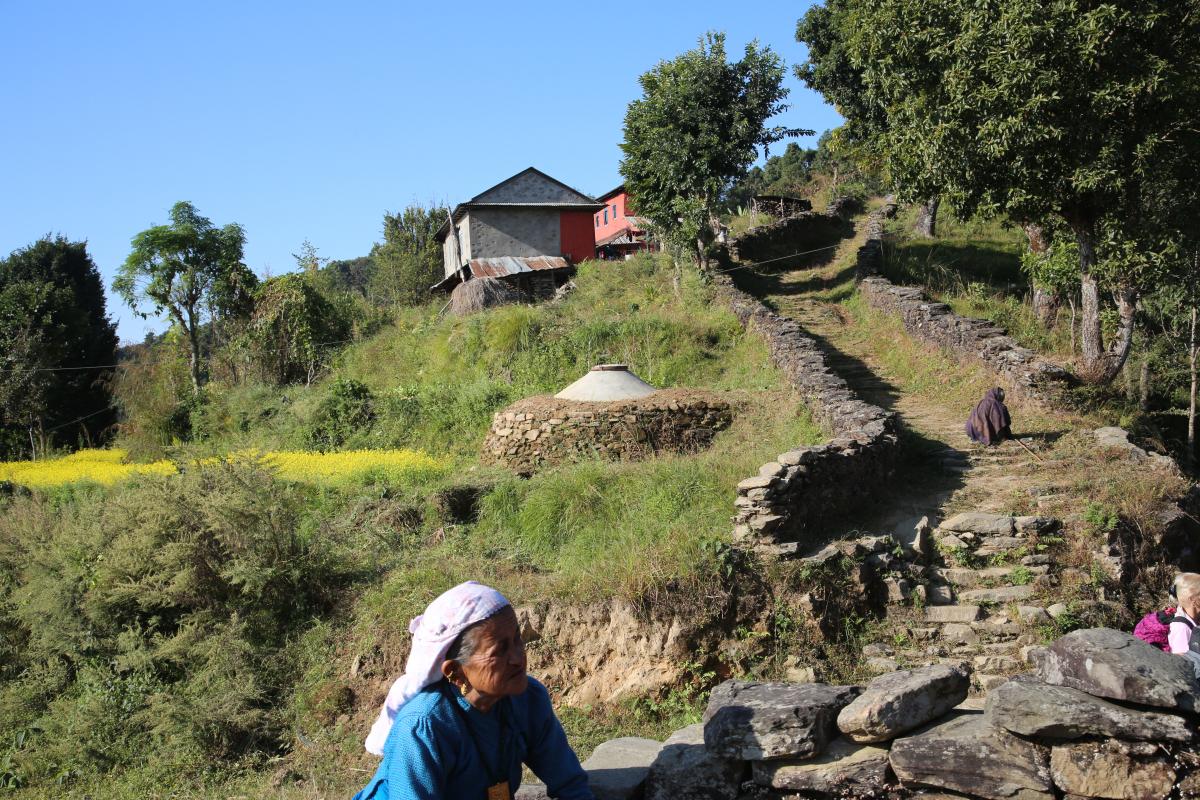 another view of the tank 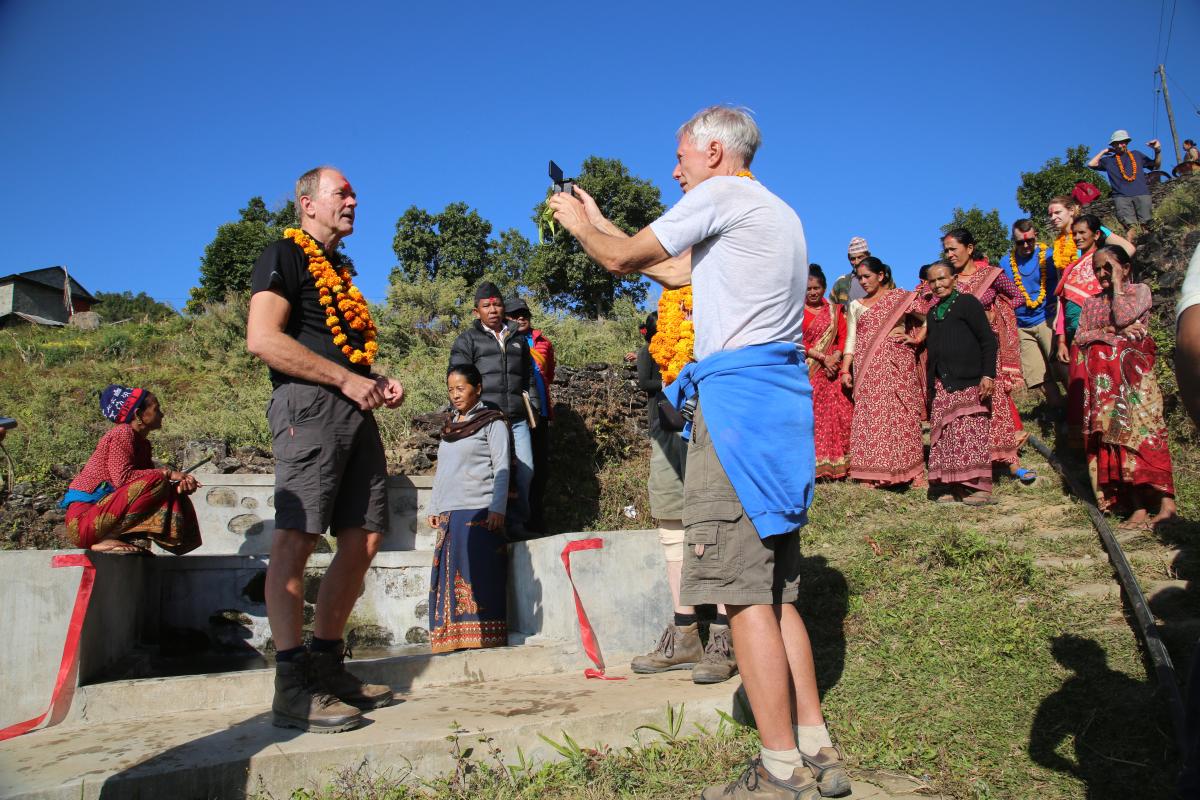 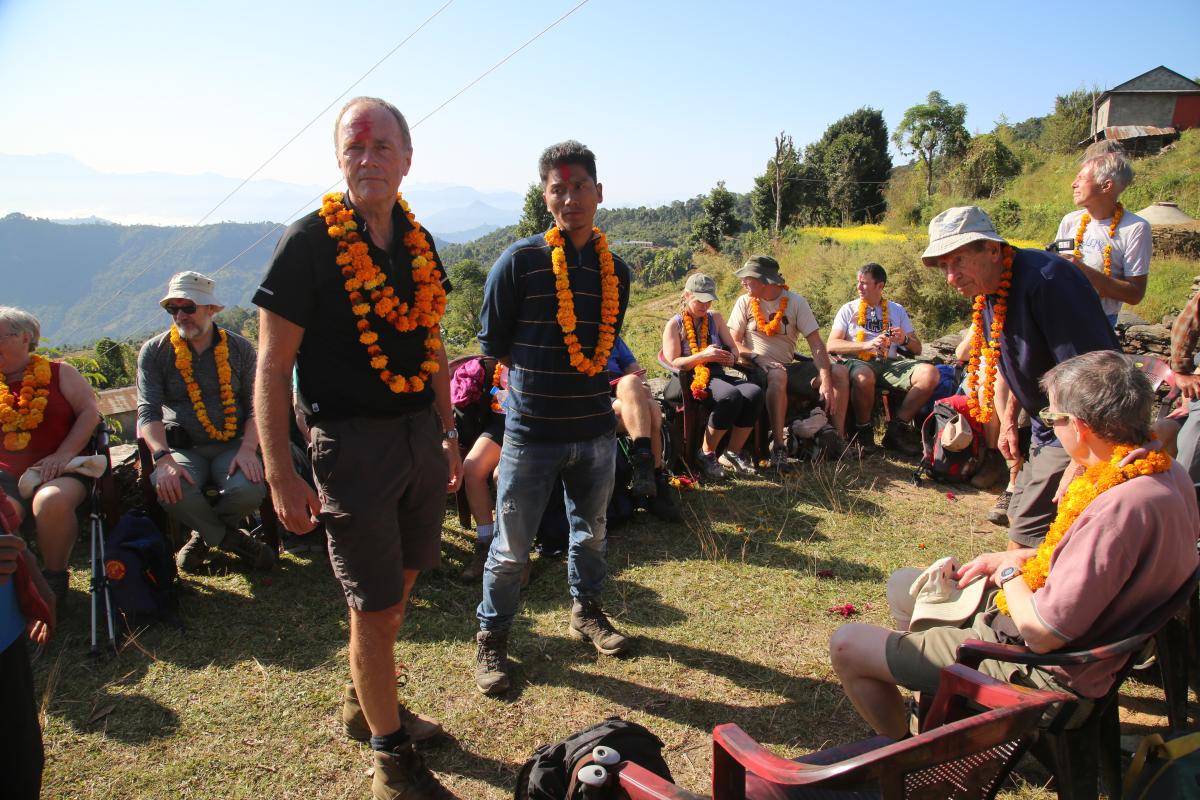 Opening meeting with the villagers 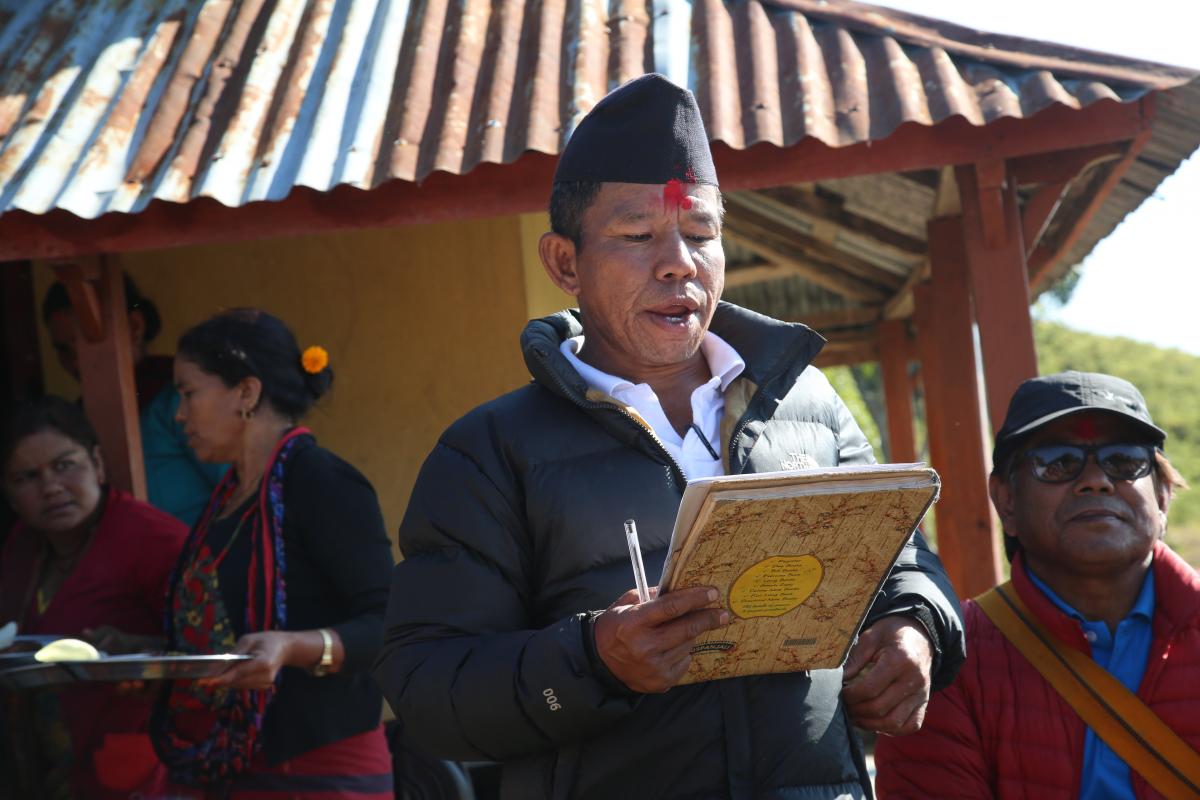 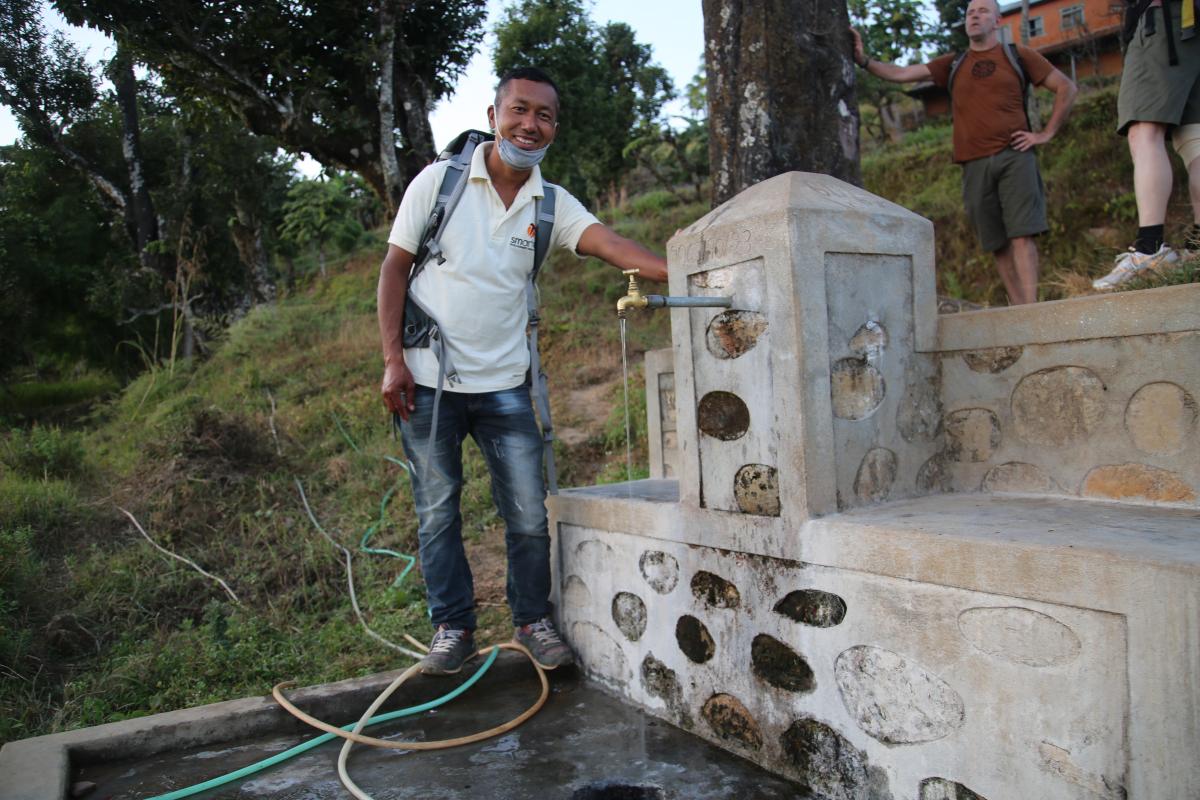 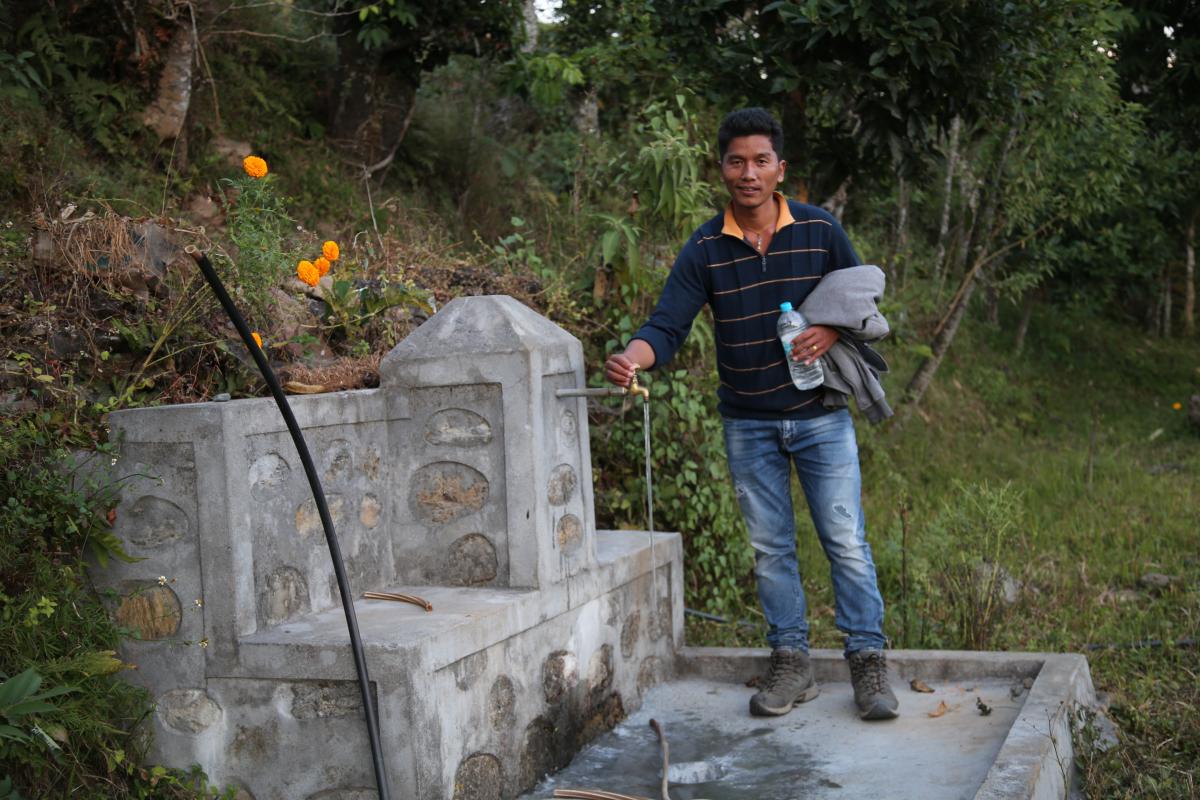 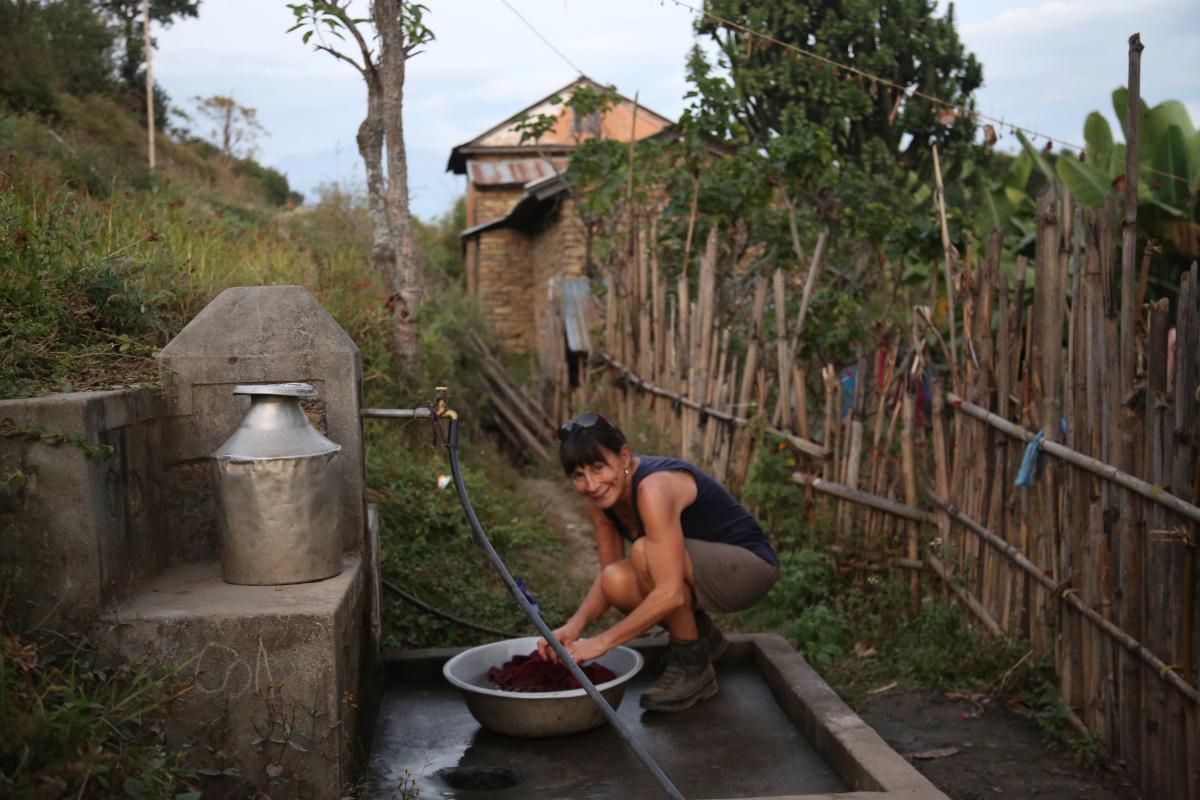 washing at the tap 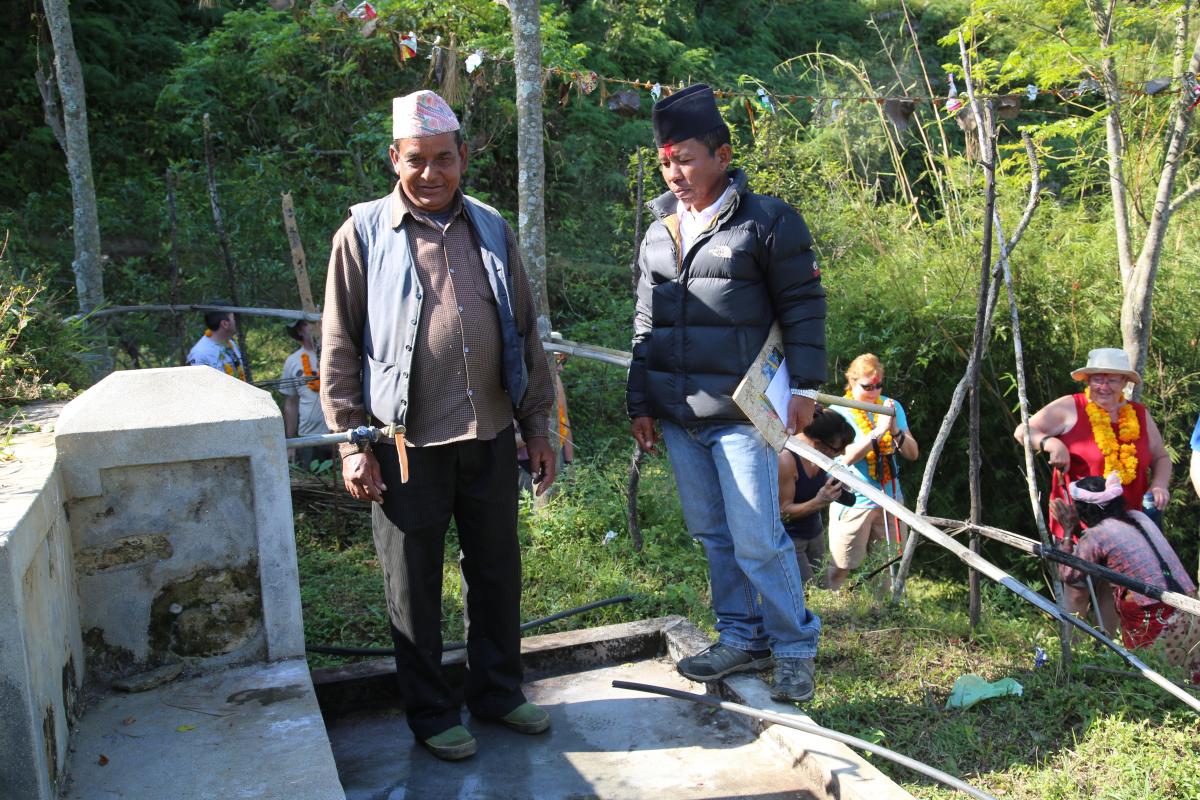 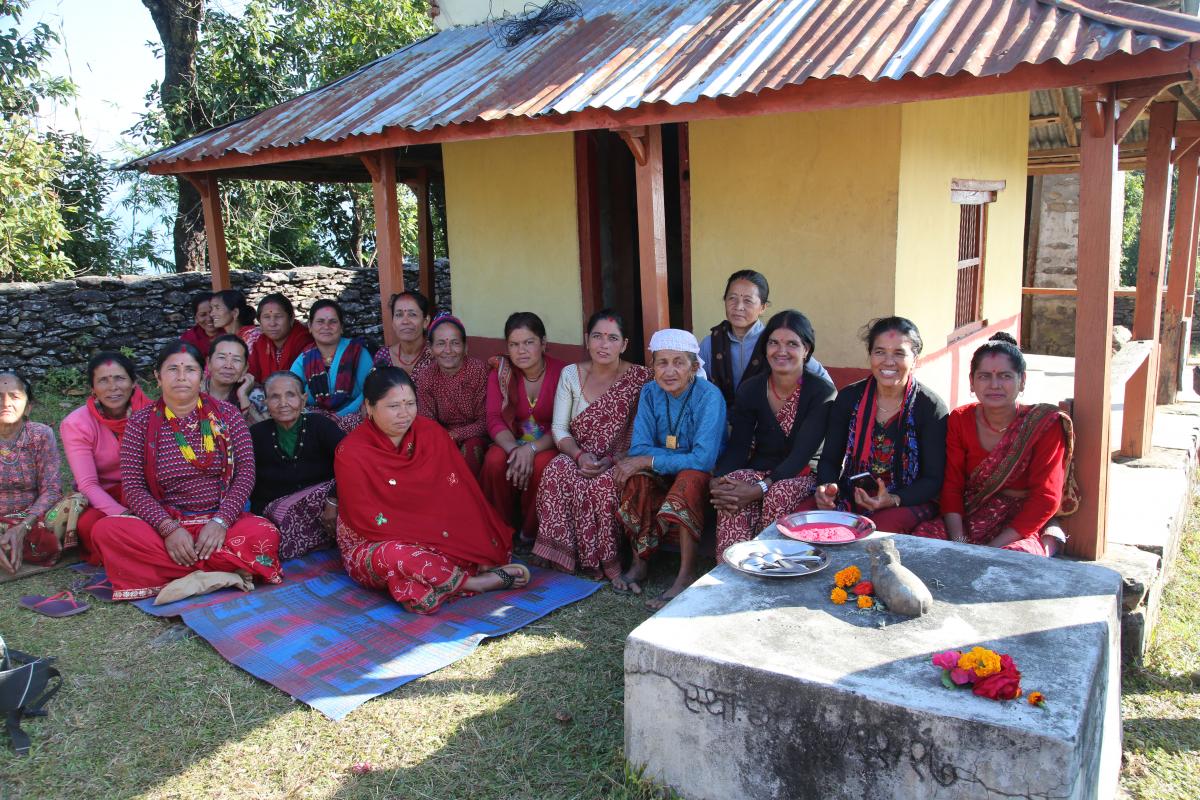 The 3 villages of Yangsing, Dunge and Bharang have a total of 90 houses with an approximate population of 450.  The 3 villages have been getting their water from a tank situated on a col on a ridge. Dunge and Bharang lie to the north of the ridge and Yangsing to the South. The tank was supplied with water from the village of Gahateri, 900 metres higher up the ridge which uses the same spring for its own water supply. Individual houses are scattered and widespread over both sides of the col.

As a result of a leaking tank and pipes, the water supply was far from adequate and in the dry season between December and February the villagers experienced great difficulty in collecting their water. A round trip for the Bharang villagers could take up to 50 minutes in the dry season.

To provide an adequate Water Supply to all three villages.

900 metres of 1¼ inch pipe was put in place between the spring at Gahateri and a new 24,000 litre circular tank which was constructed close to the col. 600 metres of 20mm pipe was laid from the tank to 1 tap at Dunge and 2 taps at Bharang. On the South side 3 separate pipes of 550,450 and 400 metres were run to 3 stand taps in Yangsing, the largest of the 3 villages.

The local villagers provided the basic labour and skilled workers used for the tank. The work was undertaken between January and May 2017 and members from Portland and Casterbridge visited the successfully completed project in November 2017