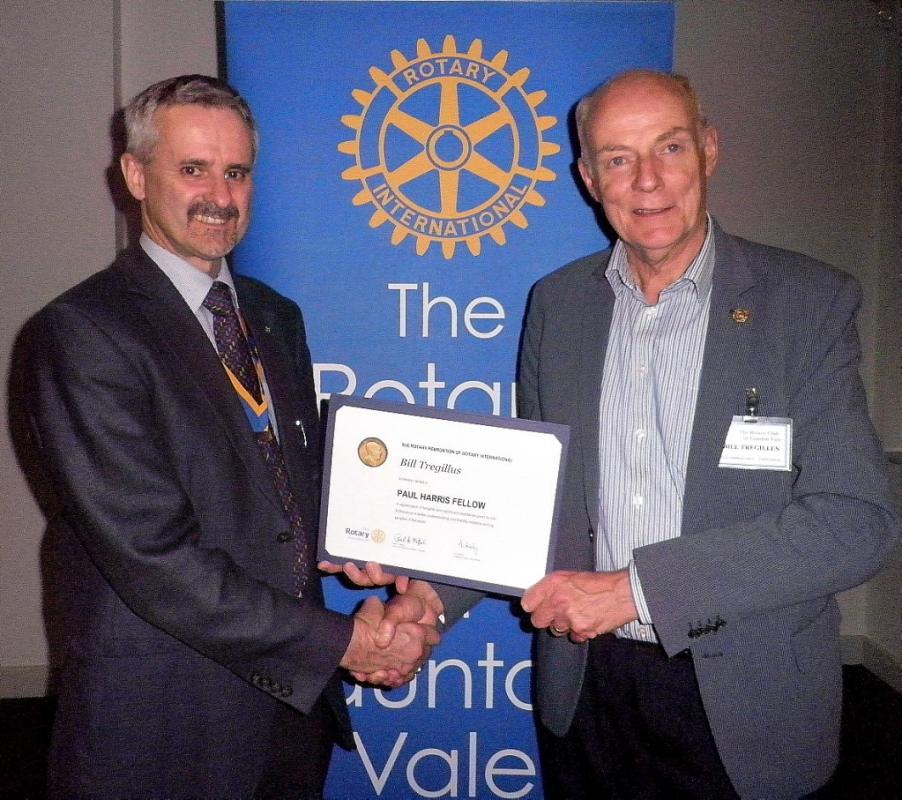 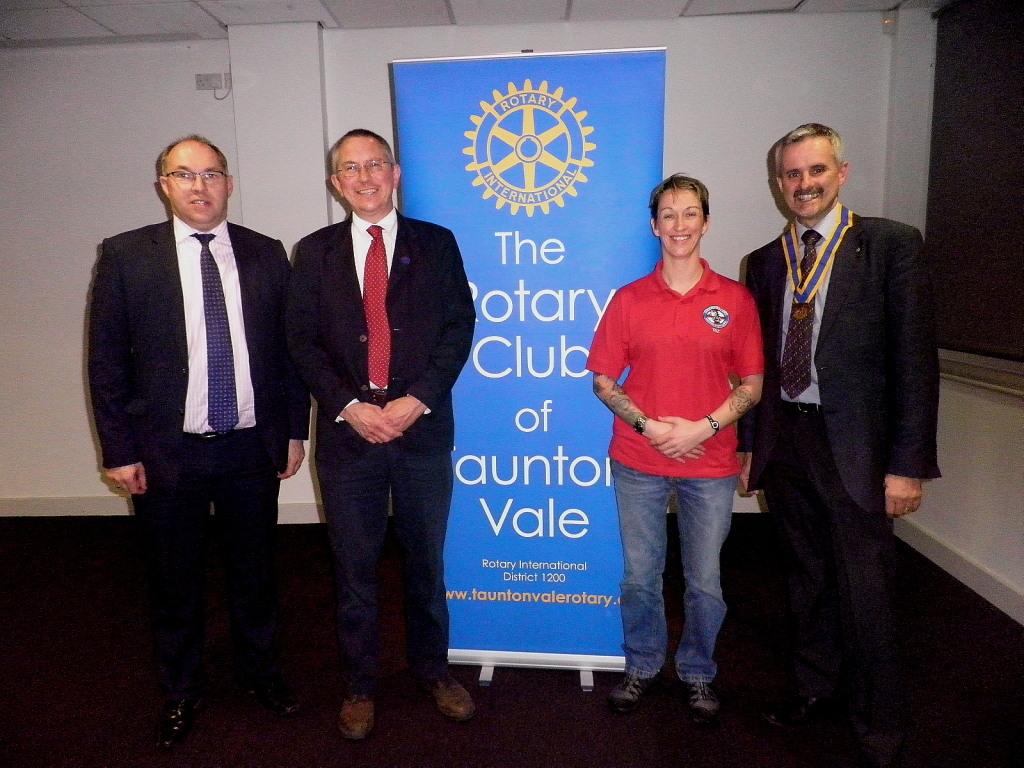 Bill Tregillus was honoured with a Paul Harris Fellowship in recognition of his outstanding contribution to the service of the club over many years.

As Kathryn is also President-Elect there is a vacancy on Club Council for a ‘Member without Portfolio’. Volunteers please form a queue to see Keith Bigwood.

Committee Annual reports will be published on the club web-site.

42 members were present. Alison Brown reported on her recent visit to R.C. Jersey which has 58 members including 10 ladies and brought their greetings and a banner.

Community Service:   3 entertainments have been provided to local Care Homes and 3 more are scheduled.

Kids Out is in hand for June 13th.

Halcon Project - Paul Hughes reported on a series of meetings. He considered increased professional skill support as vital and totally in line with Rotary ideals. The club agreed to adopt support of Taunton East Development Trust as a Club Project. A specific committee chaired by Paul will be set up to implement the work.

Making a Difference. In answer to a question Nigel Birkett reported that progress was difficult due to the long term sick leave of the lead officer at TDBC. He has made contact with the YMCA (also involved in delivery) and hopes to have more to report soon.

Vocational Service/YouthActivities   There were insufficient entries for Youth Speaks so the competition was not held. In July we will have a speaker from an alternative competition "Big Pitch" which might make a good replacement.

International / Foundation.   Our East African Project (3 club) is grinding forwards slowly - too slowly for some. So far only one satisfactory quote has been received. A second has so little detail that it cannot be depended on. There is also concern that the eventual cost will be higher than anticipated. Renewed efforts will be made to achieve progress before the 3 club meeting in May.

Communications.   Newly appointed chair Richard Goring wants to see a return to proper reporting on club business and projects. He is also keen to make full use of Social Media and to establish a "Friends of Taunton Vale" network. Enthusiastic volunteers are needed as committee members.

The Ball Draw was won by Richard Lees (not present) so will be £100 next week when the meeting will be at Norton Fitzwarren Village Hall. Inner Wheel will be cooking supper and they would like numbers by Noon, this coming Friday. Apologies by then to Richard Austin please. The speaker will be Fiona Mahoney on "Dementia Awareness week".
Duty Rotarian - Derek Johnson.
April 30th - Meeting at Taunton Rugby Club.