Work on the walled garden by a team of volunteers continues 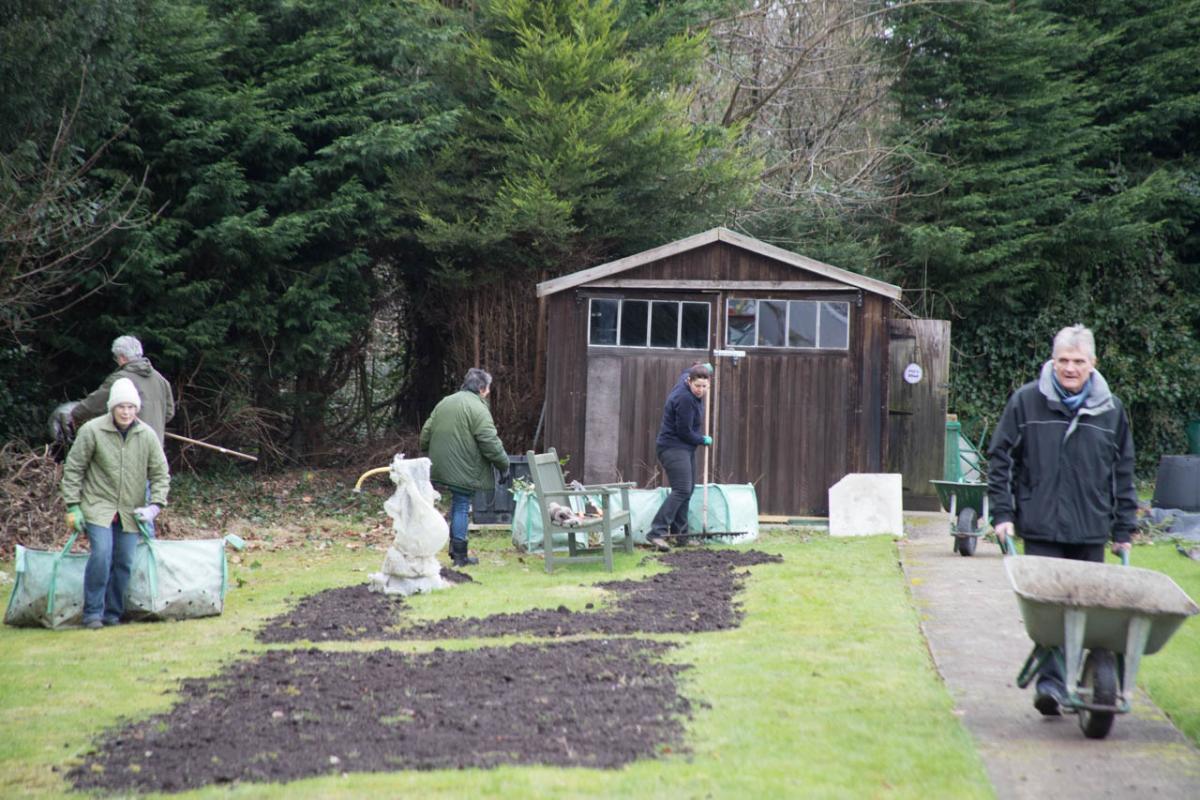 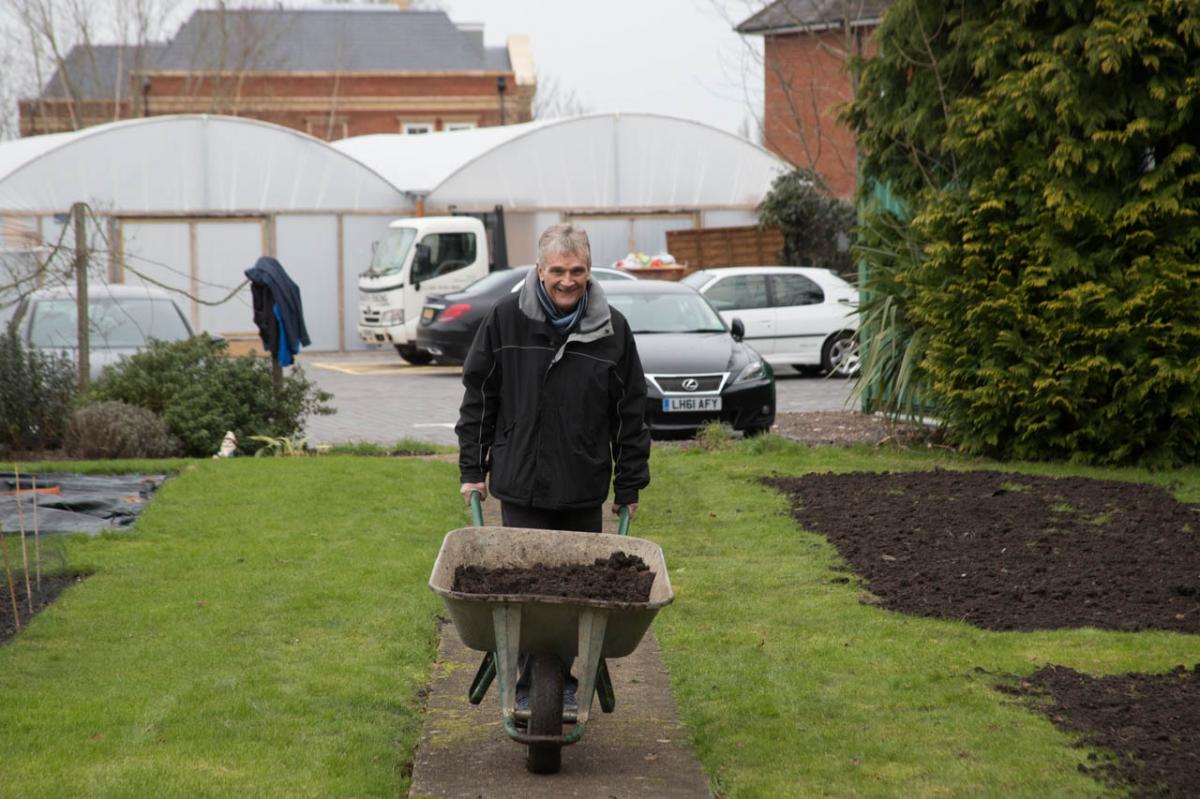 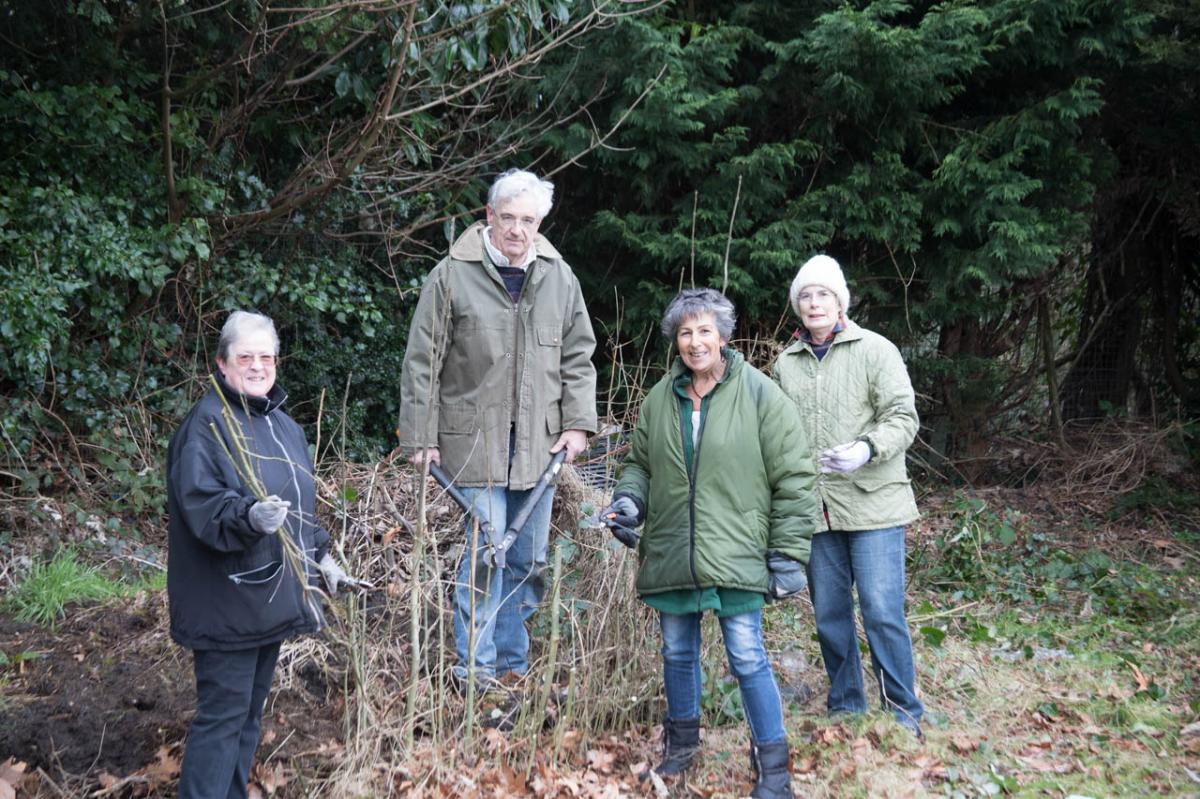 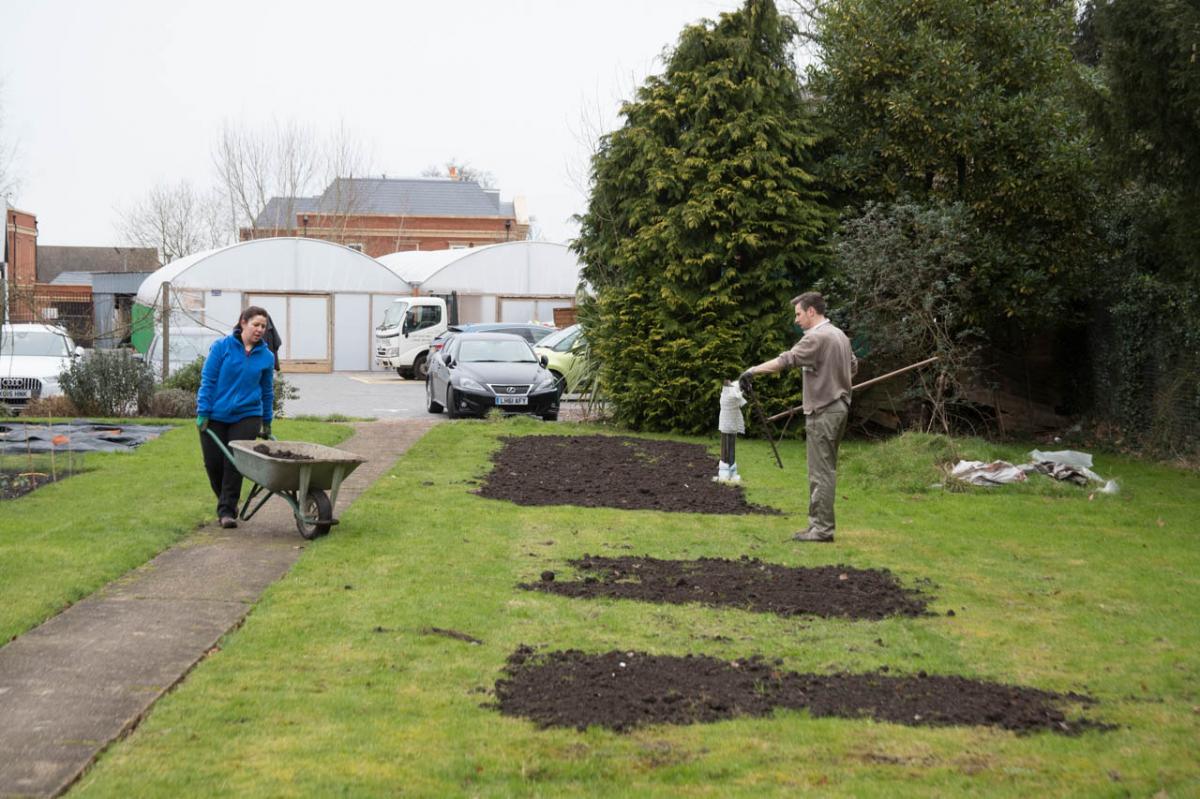 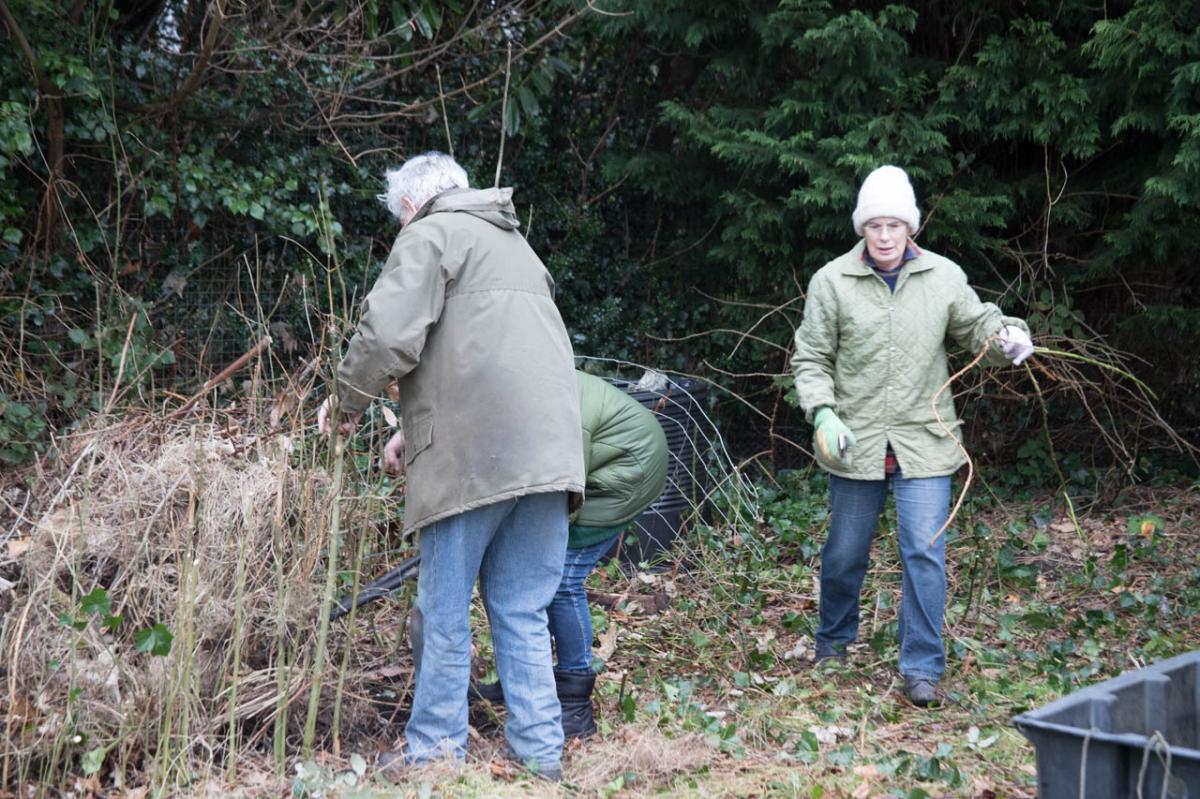 The team of volunteers from across the borough of Epsom and Ewell were out and about once again at The Walled Garden in the Old Moat Garden Centre.  The Walled Garden had been given a sprucing up before the visit of Princess Alexandra.  However more tidying was required and so our team of volunteers did some work on the second weekend of February clearing the area by the Tool Shed and raising the height of some of the grass to level it off for use in the summer.  Unfortunately we were not able to cut the grass, as the power equipment had been stolen from the centre the week before.