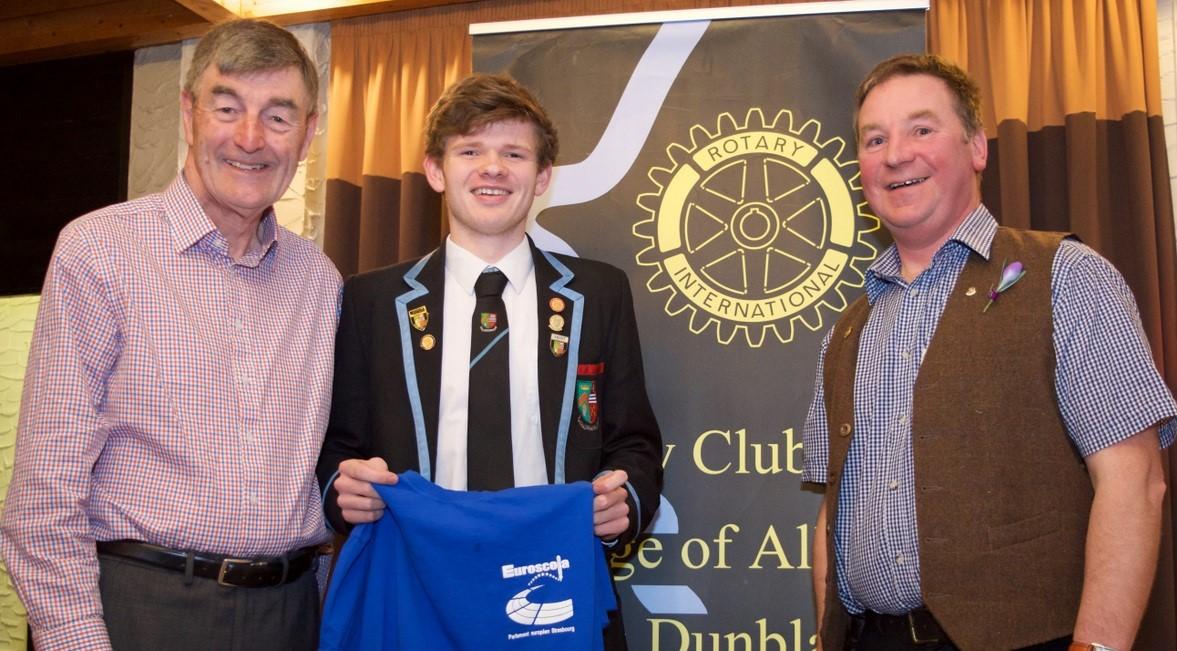 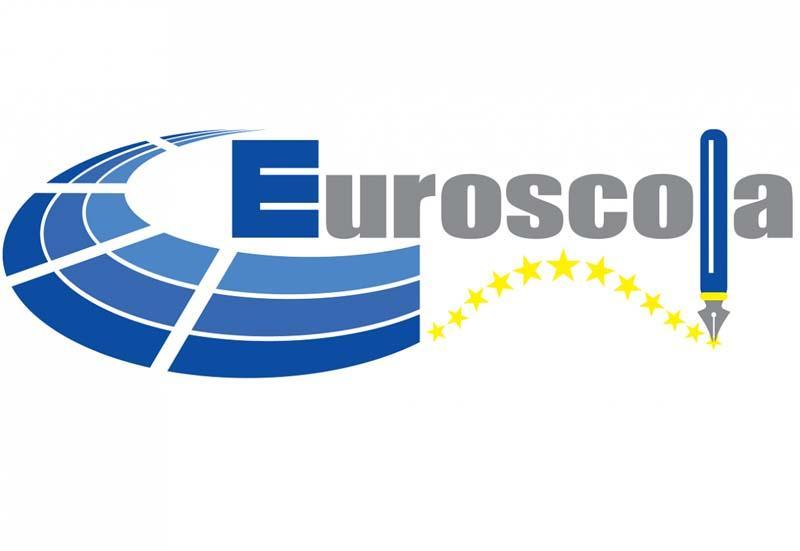 In the Euroscola programme, young people, selected by Rotary Clubs in Scotland, join some 600 young people drawn from EU countries to visit the European Parliament in Strasbourg.  There they have an opportunity to discuss the work of the EU, and the possible effect that membership of the EU might have on their future.   Although the UK has decided to leave the European Union, members of the Club decided that the benefit to the individuals of the Euroscola programme outweighed political considerations. This year, the Club selected Sammy McKinney, a sixth-former from Dunblane High School, to join the 26-strong Scottish Euroscola contingent that would journey to Strasbourg.  On Thursday, he talked to the Club about his experiences on the programme.

On arrival in Strasbourg, the group had an opportunity to do some sightseeing and to familiarize themselves with what Sammy described as the extraordinary beauty of many parts of the historic city. The following day, there was visit to the European Council, after which they put their language skills to the test by interviewing members of the public in the Strasbourg streets.  A quick trip over the bridge to Germany for lunch was followed an opportunity to visit Petit France, a particularly historic part of the City.

On the next day, the challenge for groups was to choose a theme related to the City, and to create a short film on that subject. This task involved a fascinating exploration of the development of the City over the centuries, during which political control had oscillated between France and Germany.

Then followed preparation for the main event of the programme, the visit to the Hemicycle – the main debating chamber of the Parliament.  In preparation, there was an opportunity for groups to meet an MEP to discuss the future of Europe, and to focus on a number of issues such as employment and immigration.  The evening entertainment was a quiz – all conducted in French – which Sammy’s group won.

The highlight of the week was, however, undoubtedly the Euroscola Day spent in the European Parliament building. The day is led by officials of the Parliament and is structured to ensure all young people participate to the full. It is a prestigious event with the young people being treated very much as MEPs, sitting in the main debating chamber and using electronic voting.

The participants were divided into multinational groups to discuss current issues. Each group then chose a spokesperson to present its conclusions to the participants assembled in the Chamber.  Then, following a debate in the Chamber under Parliamentary procedures, a vote was taken on each of the issues discussed.

But all was not hard work: there were opportunities for some games, including one where members from different countries tested their ability to distinguish and interpret various EU languages.

Sammy reflected on the value to him – and to his colleagues – of the wonderful opportunity to meet young people from so many different backgrounds, and the chance to share with them, even for a short time, their views on the problems currently facing, and to be faced by, Europe.  Having, initially, been apprehensive about the challenge of taking part in the programme, Sammy found it of great benefit, giving valuable insights into a wide range of social and political issues, and the opportunity to meet many young people from different countries.

Sammy said that he was extremely grateful to Rotary for the opportunity; he would always remember the experience.

Peter Holmes, Speaker’s Host, gave the vote of thanks, congratulating Sammy on an excellent, comprehensive and entertaining account of his visit.