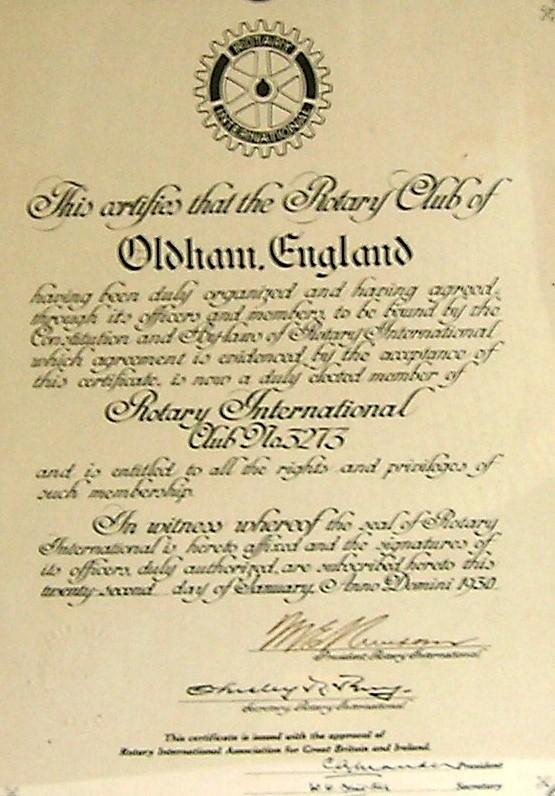 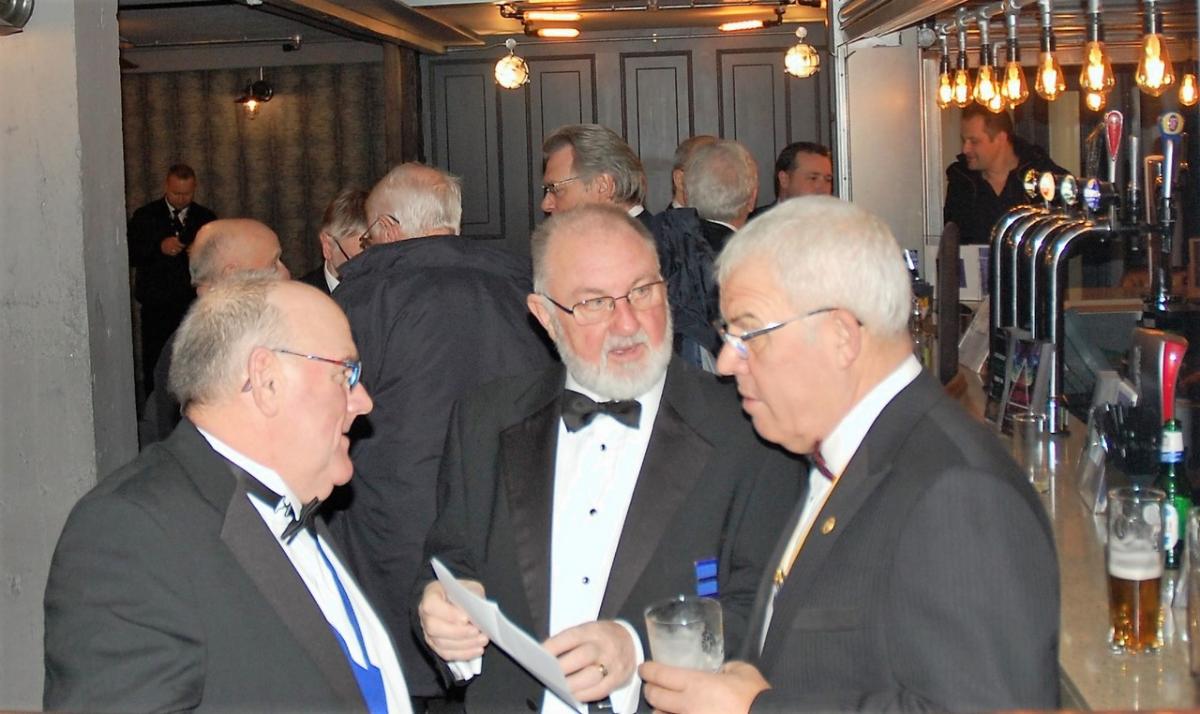 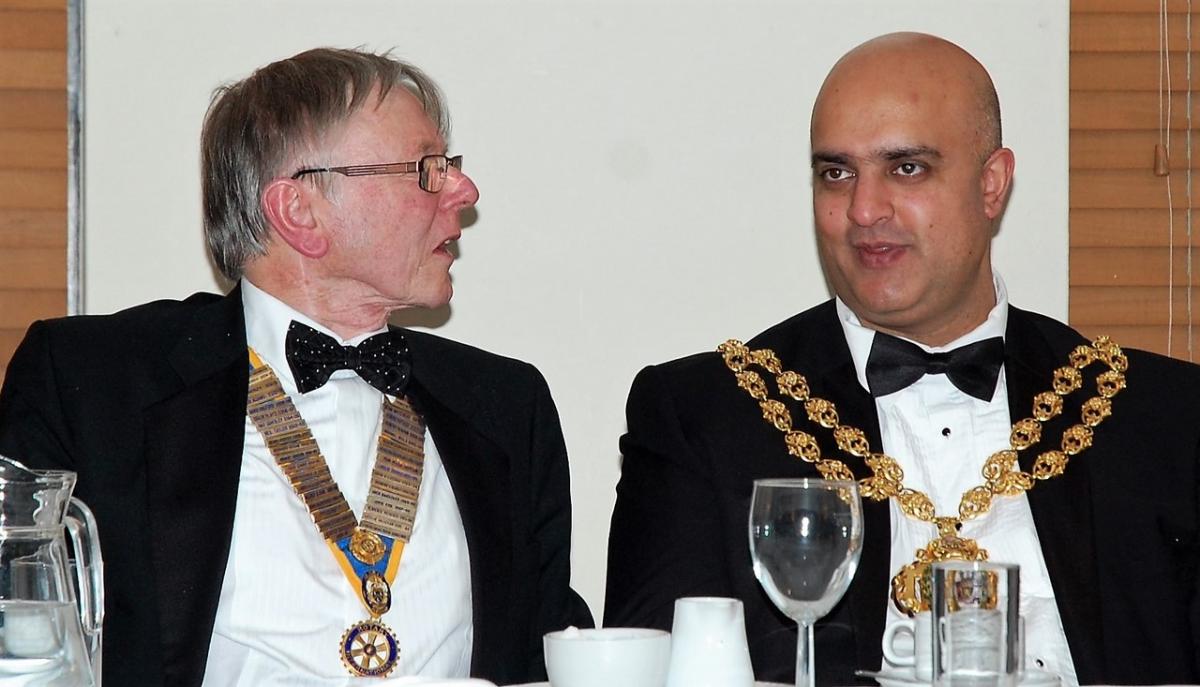 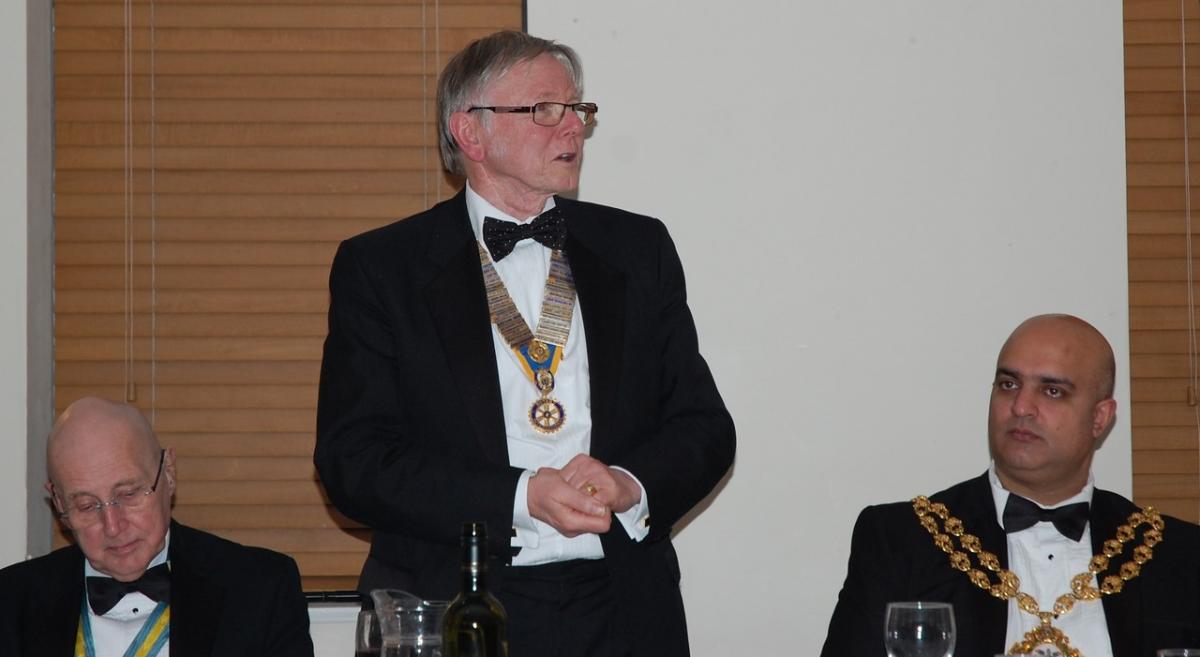 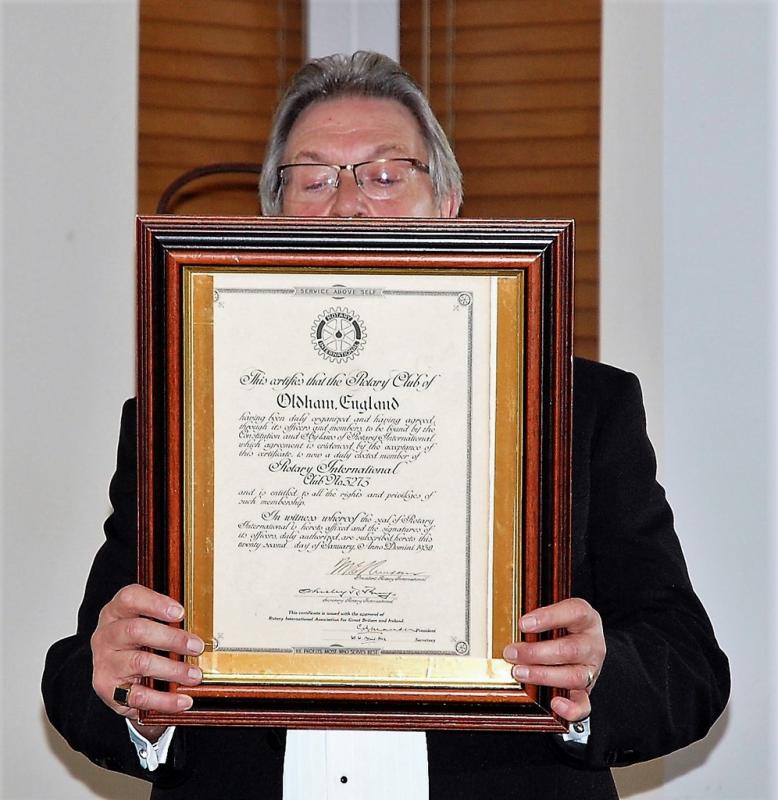 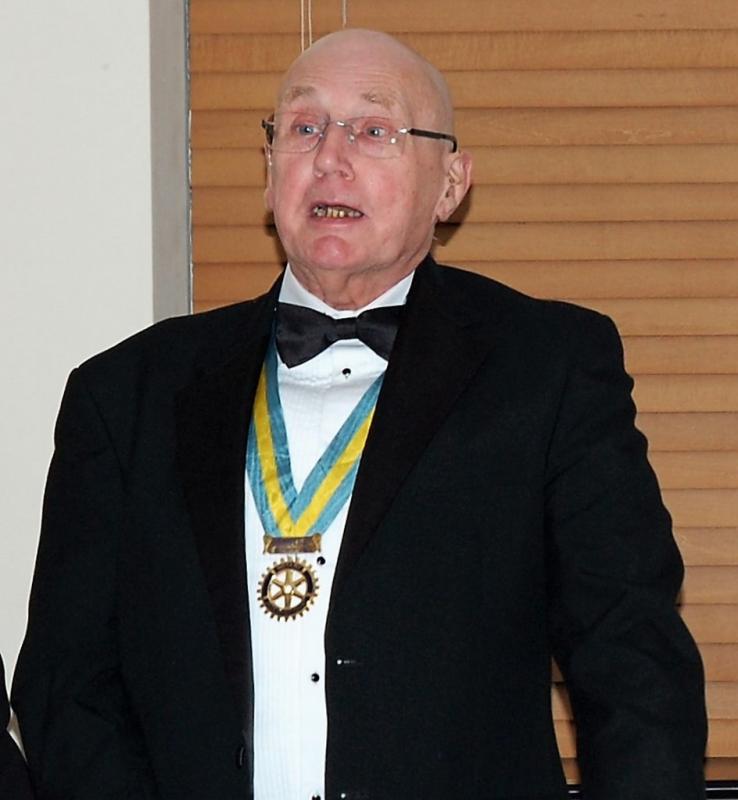 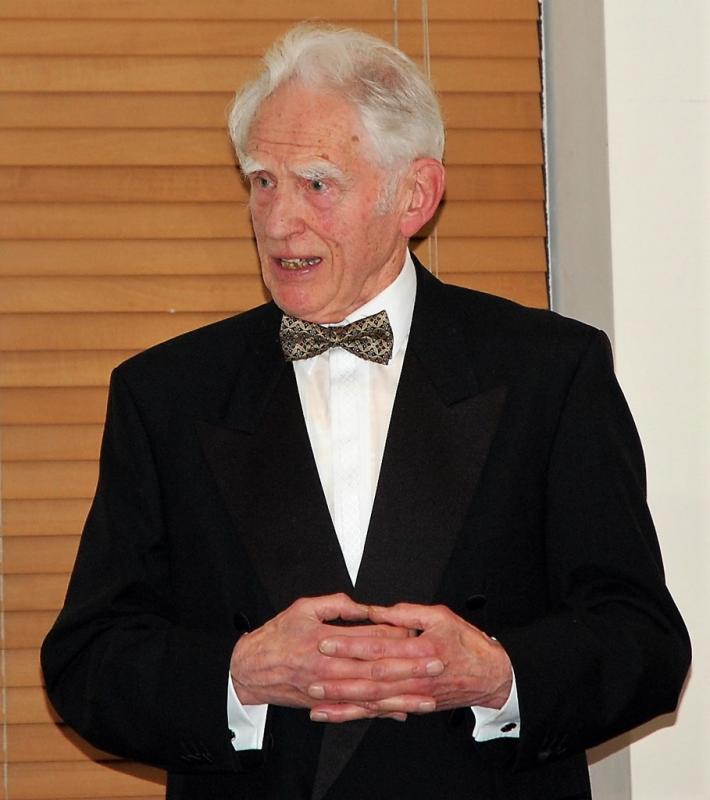 Rotary And Peace The World Over Over

Wot A Good Do!

This year's annual gathering, the 88th was rather different, with no rain, no snow or wind and the upper room was warm!  In total 44 of us assembled around five tables for an evening of good company, good food and even better fellowship.  Of those present sixteen where from our own club - we now have nineteen members - all those missing had produced a doctor's sick note or holiday destination.

After Rotary Grace and the Loyal Toast President David invited Rtn Stephan Lomax to read aloud The Club Charter.  It was second time around for him his last outing was in 2006, it just as shy and accompanied by the same, now shiny ill fitting evening suit; he amazed President David with his highly developed x-ray eyes.  Incidentally, the on back posted crib sheet is pasted there curtsey of better half Pauline.

Few if any of us are acquainted with District Governor Elect Tony Govers.  He had just returned from The Iternational Assembly - San-Diego, and confessed to be suffering from jet lag.  He was acting stand in for an absent District Governor.

Tony was born and brought up in Macclesfield, on leaving school he trained to be a Psychiatric Nurse, he then undertook further training in General Nursing, eventually specialising in Accident and Emergency care before finally working the Operating Theatres.

Two years before retirement he was appointed chairman of the local Prison Monitoring Board.  He became a member of the Rotary Club of Mcclesfield in 2005, transferring  to Poynton in 2015.  He was a member of team that oversaw the amalgamation groupo that created District 1285.

He first asked us to  congratulate ourselves for 88 unbroken years of service both to our international organisation - and more importantly the town and community of Oldham.

"Not many of you will have the same opportunity as my wife and I to visit and take part in a Rotary International Assembly, in the country were Rotary has its roots along with representatives of 1.2 milion members from 201 countries and geographical areas.  A global network of ever ready volunteers waiting to serve.

It's only on rare occasions such as this that you come t realise Rotary's potential to influence both world affairs and parish pump matters.  We believe that we have a shared respnsibility to take action on our world's most persistent issues.''

Tony next recapped the story of Polio Plus from the 1985 begging's until now.

Finally we were all reminded of local maters, donations to good causes, the  S O T  Y awards, Young Careers and Crocus Plantting, all snatched from this web site.

Unexpectedly selected in 1942, by Churchill, to command the Eight Army to replace sacked General Auchinleck, Gott was targeted by German intelligence as he flew from Cairo to take up his new post.  It was to be his job to defeat Rommel when battle was inevitably rejoined at El Alamein.

Th Bristol Transport plane was the work horse of the Middle East, appreciated by troops because they ferried to the front much-needed supplies such as fuel an ammunition, and most important of all, the mail bags.

Two Messerschmitt 109's hurled past the starboard wing, then another roared through the smoke, plus two more that also opened fire.  On this second pass the enemy punctured the high wing fuel tanks.  The fuel soon began pouring into the stricken aircraft between the cockpit and the passenger area and the flames that were already burning the cockpit and the main body of the plane.

There was a loud bang and a grinding crah as the bombay collapsed and hit the ground.  It was only a matter of a few minutes before a second attack started.  The passengers, with Gott nearest the door were trapped, unable to escape.  The only survivors those who got free through the front door.  The Lieutenant-General became the only Allied officer of his rank to be successfully targeted and killed by the Germans and as a result Montgomery was given command.

All that now remained was for President David to give thanks and propose the final toast to Rotary the world over. 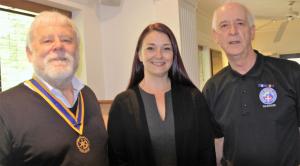 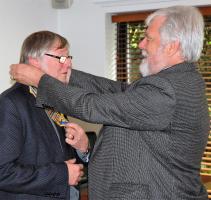 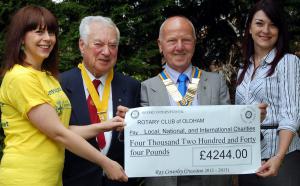 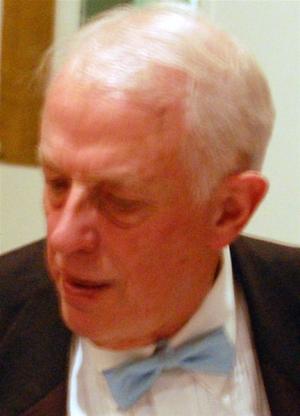