Thank you to all who came to our Cinema on April 5th to hear about Rotary and the End Polio Now campaign and to see the film BREATHE. We raised a total of £256.86 (and with the contribution from Bill and Melissa that will be a total of £770.58) 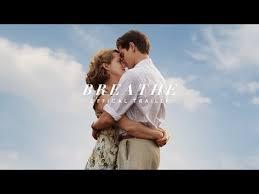 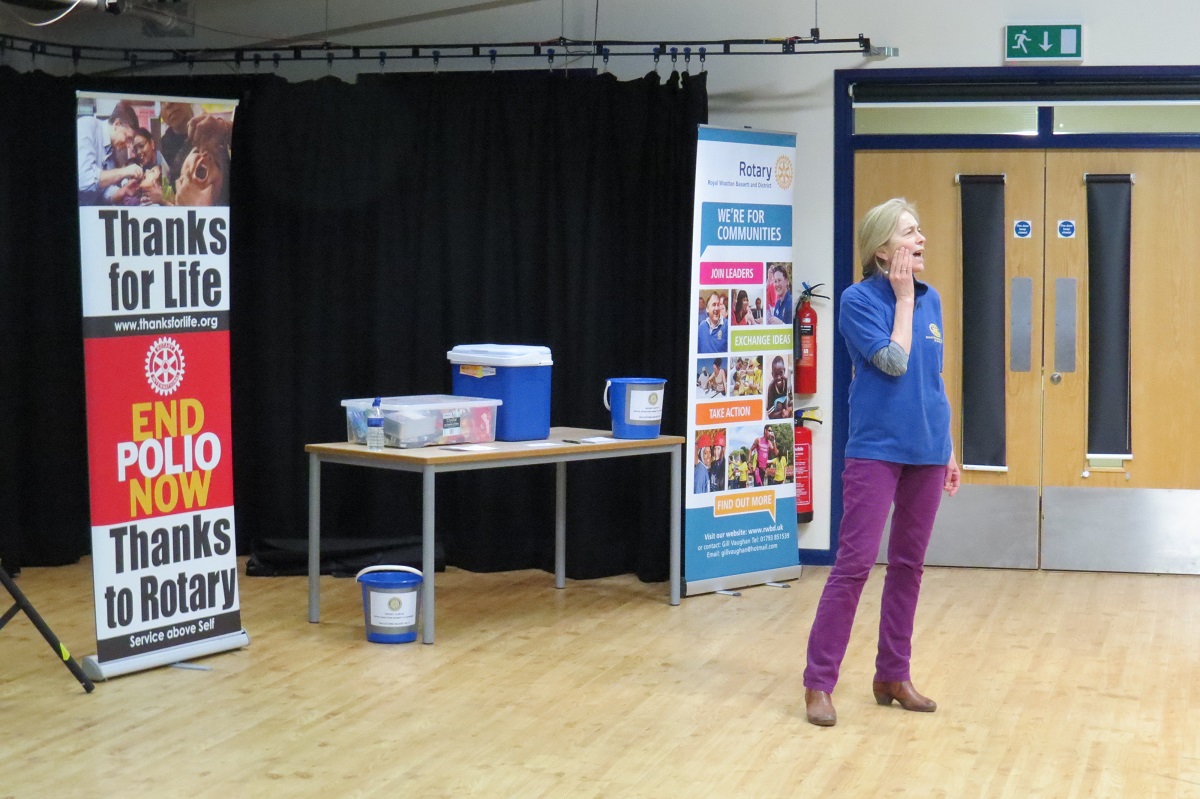 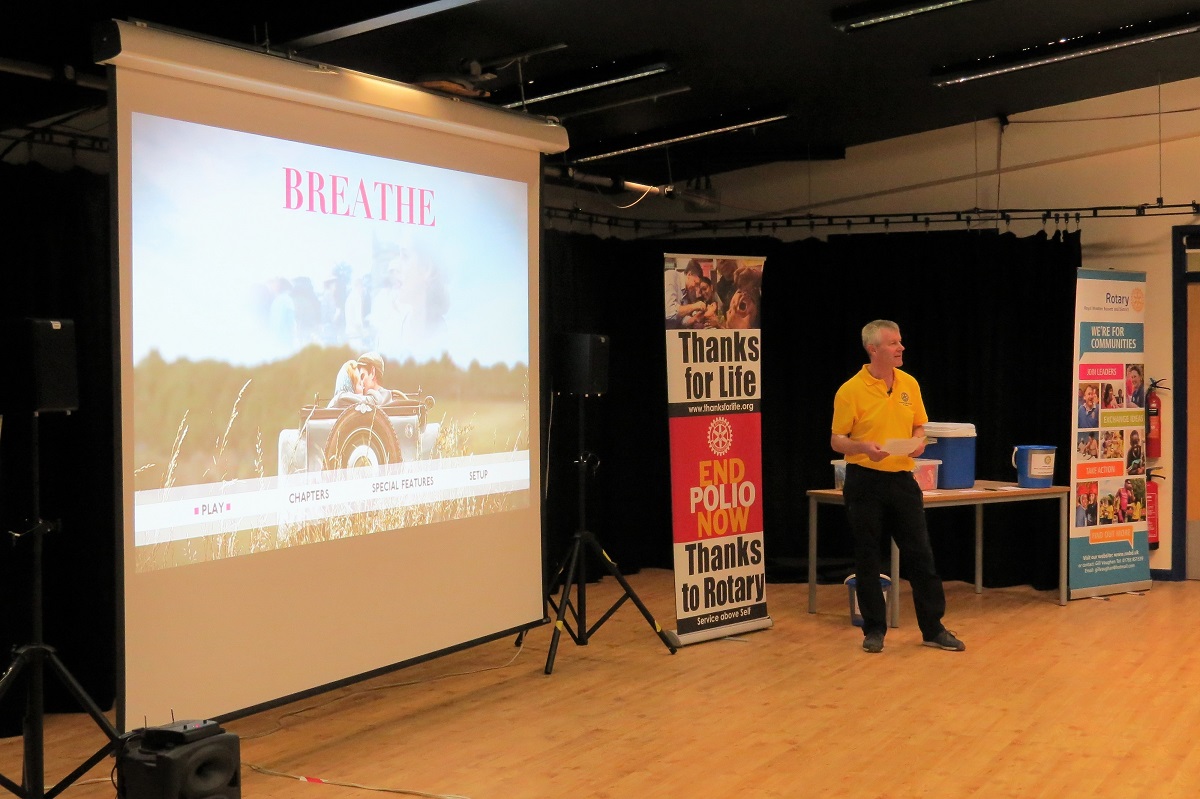 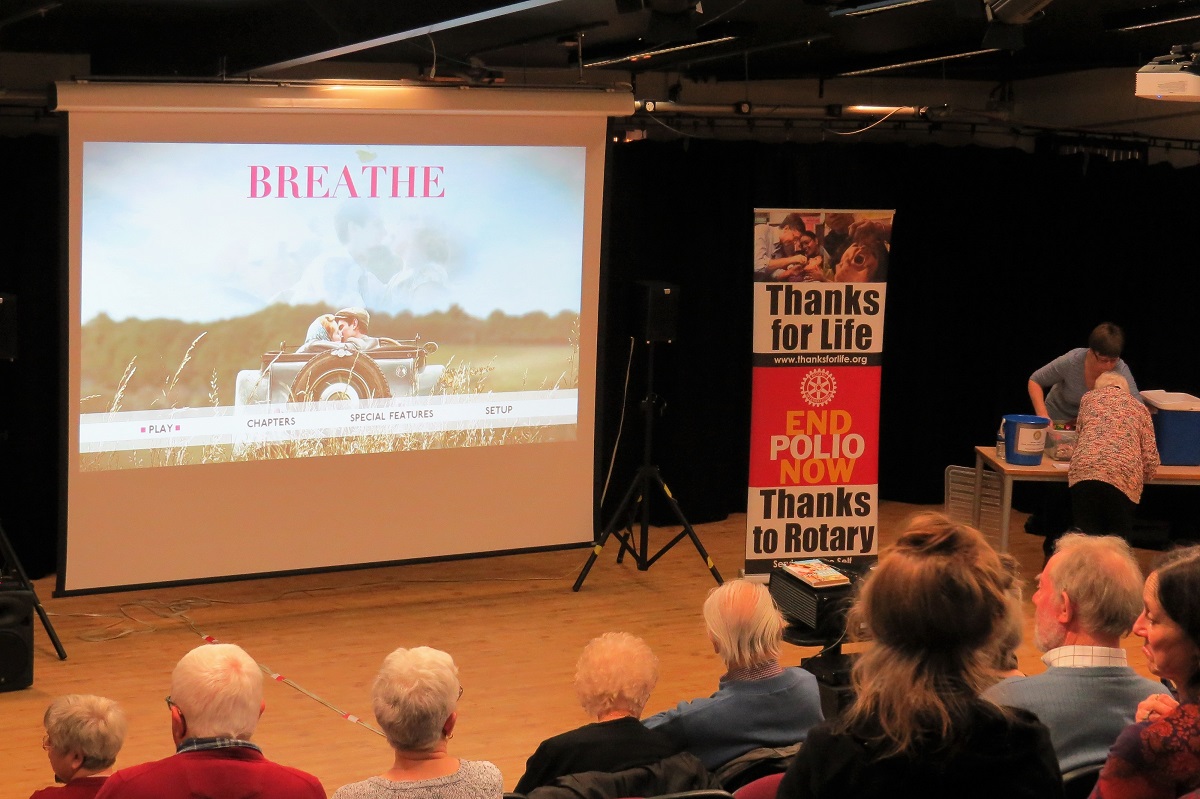 All proceeds will go to Rotary's End Polio campaign and will be trebled by a matching grant from The Bill and Melinda Gates Foundation, making a total of £770.58. How fantastic is that?

Poliomyelitis – a potentially fatal disease.
The poliovirus invades the nervous system.
Can cause total paralysis in a matter of hours.
Can strike at any age but mainly children under five.
Polio is INCURABLE, but COMPLETELY VACCINE-PREVENTABLE.

Since 1985 “END POLIO NOW” has:
contributed more than $1.7 billion, and
countless volunteer hours,
to immunise more than 2.5 billion children,
in 122 countries.

So far this year, 6 cases - all in Afghanistan.

WE ARE SO CLOSE TO ENDING POLIO

is about Robin Cavendish who after contracting polio at the age of 28 is confined to a bed and given only months to live. With help from his wife Diana and her twin brothers, and the groundbreaking ideas of inventor Teddy Hall, Cavendish emerges from the hospital ward and devotes the rest of his life to helping fellow patients and the disabled.

Ways we involve and help our young citizens

News for the current Rotary year

Charitable donations made by the Club

Other things we are doing in our Community

We are a friendly and inclusive group, dedicated to putting something back into our community ...

Typically twice monthly we have a speaker at our lunchtime meeting.