Annual Primary School Quiz was another great success.. well done to all the teams who took part and congratulations to Kirkton of Largo who were the overall winner. 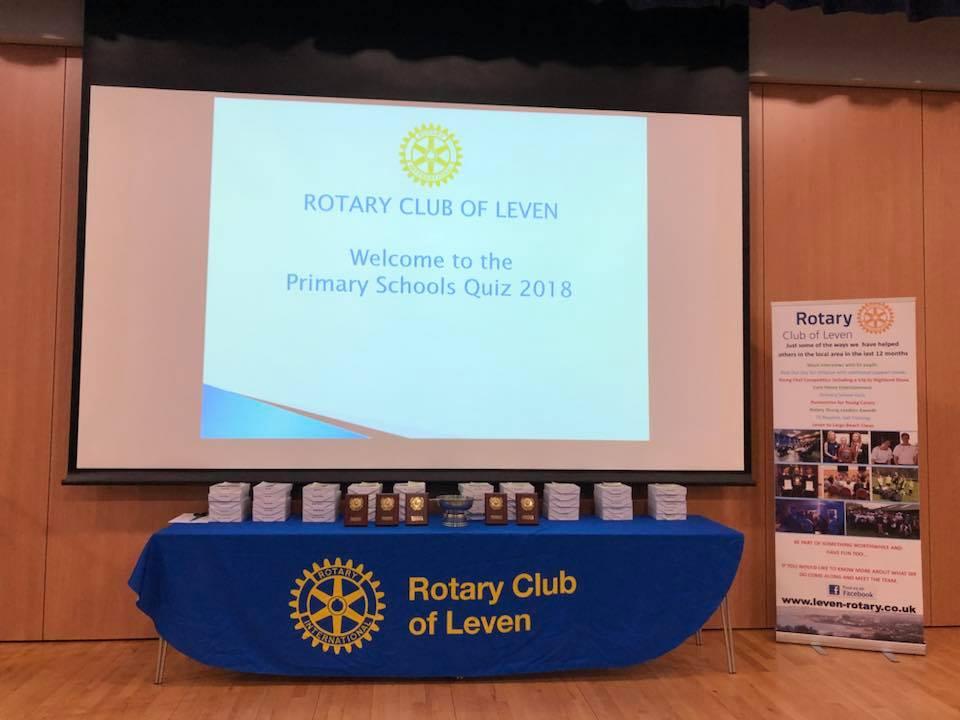 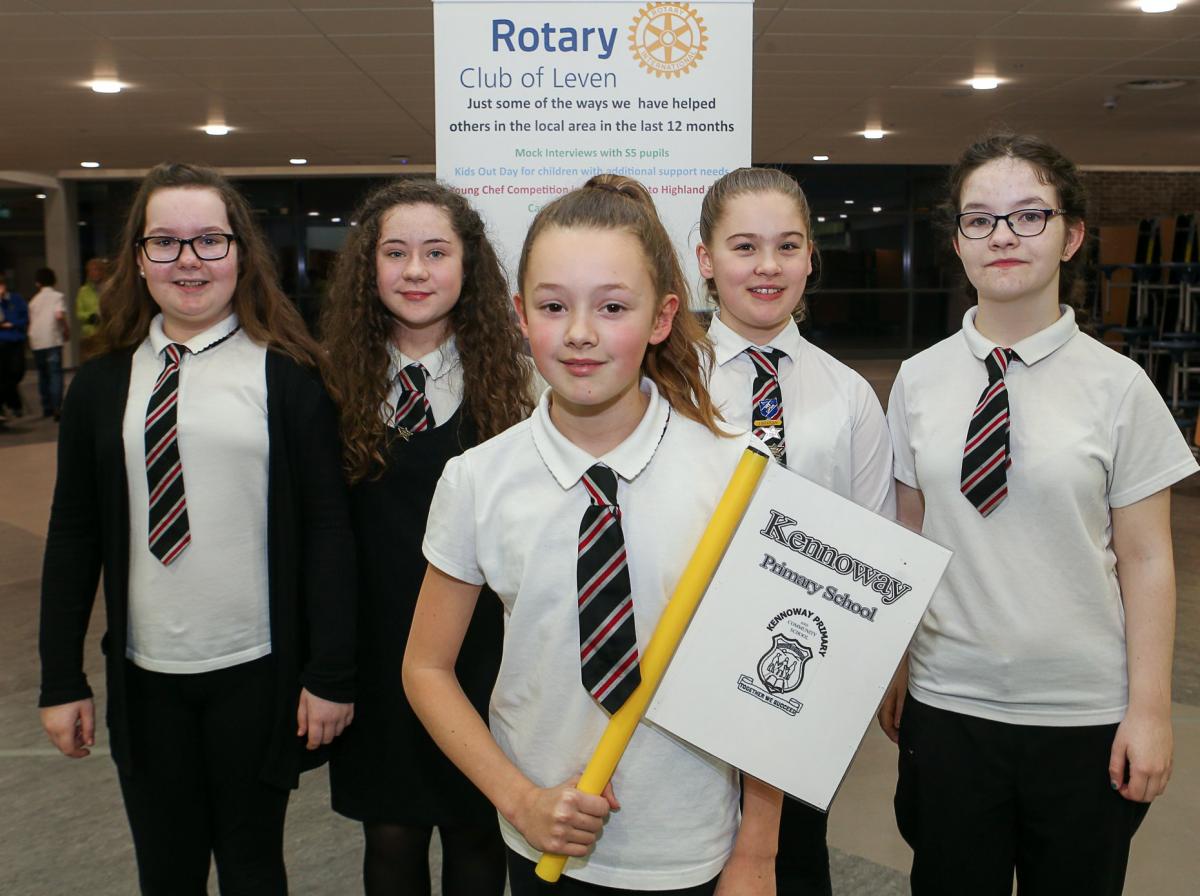 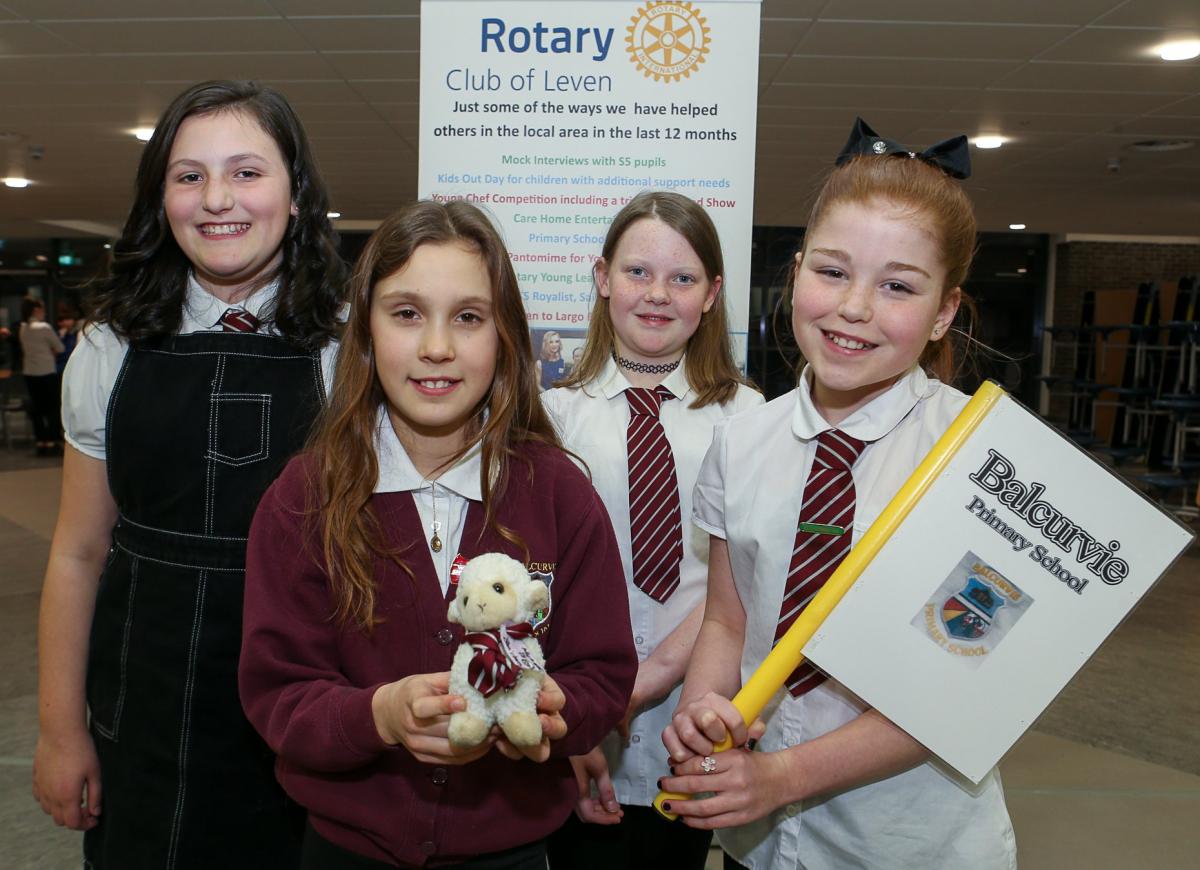 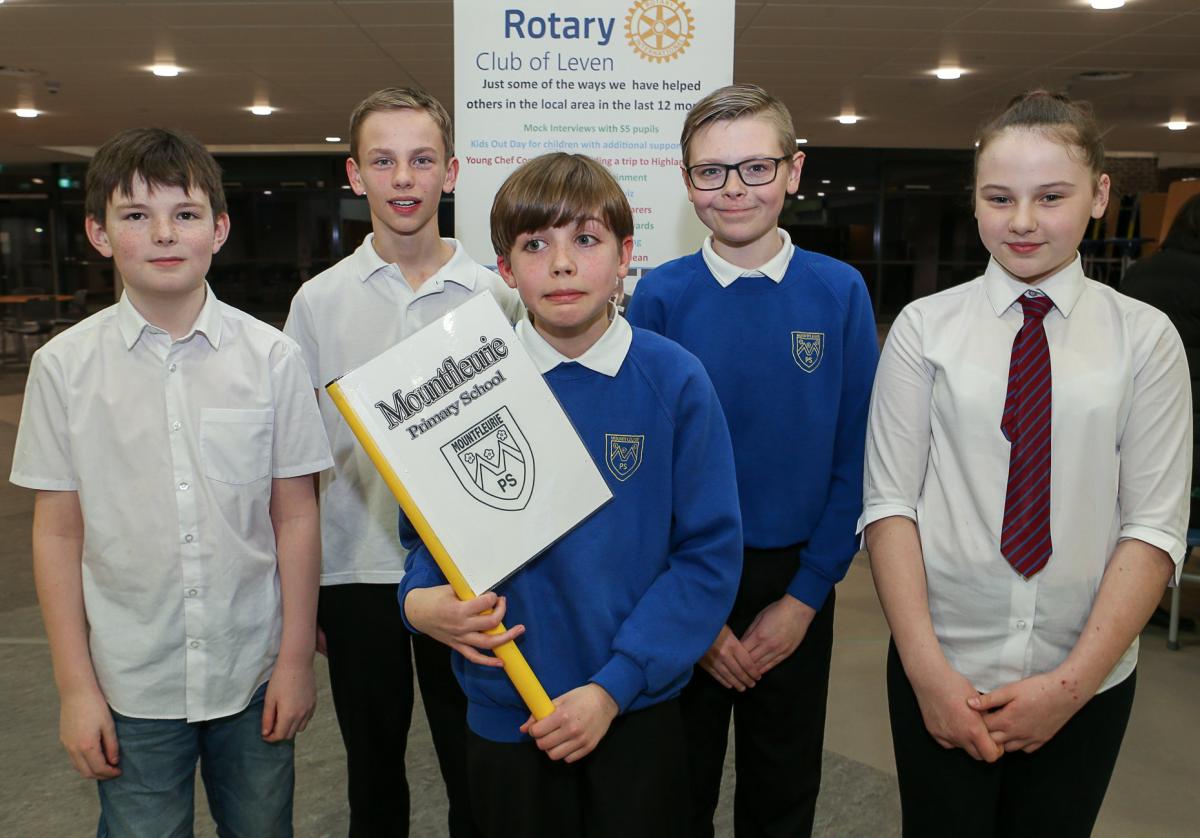 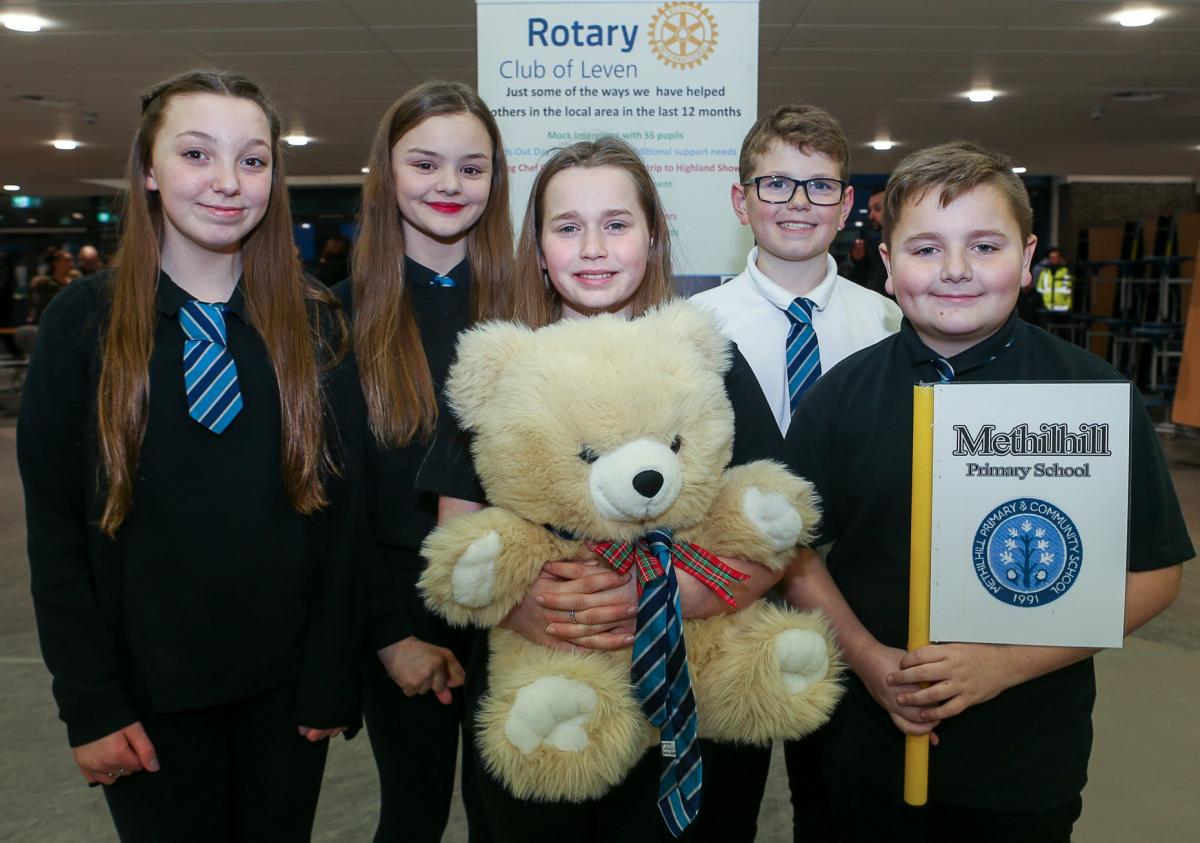 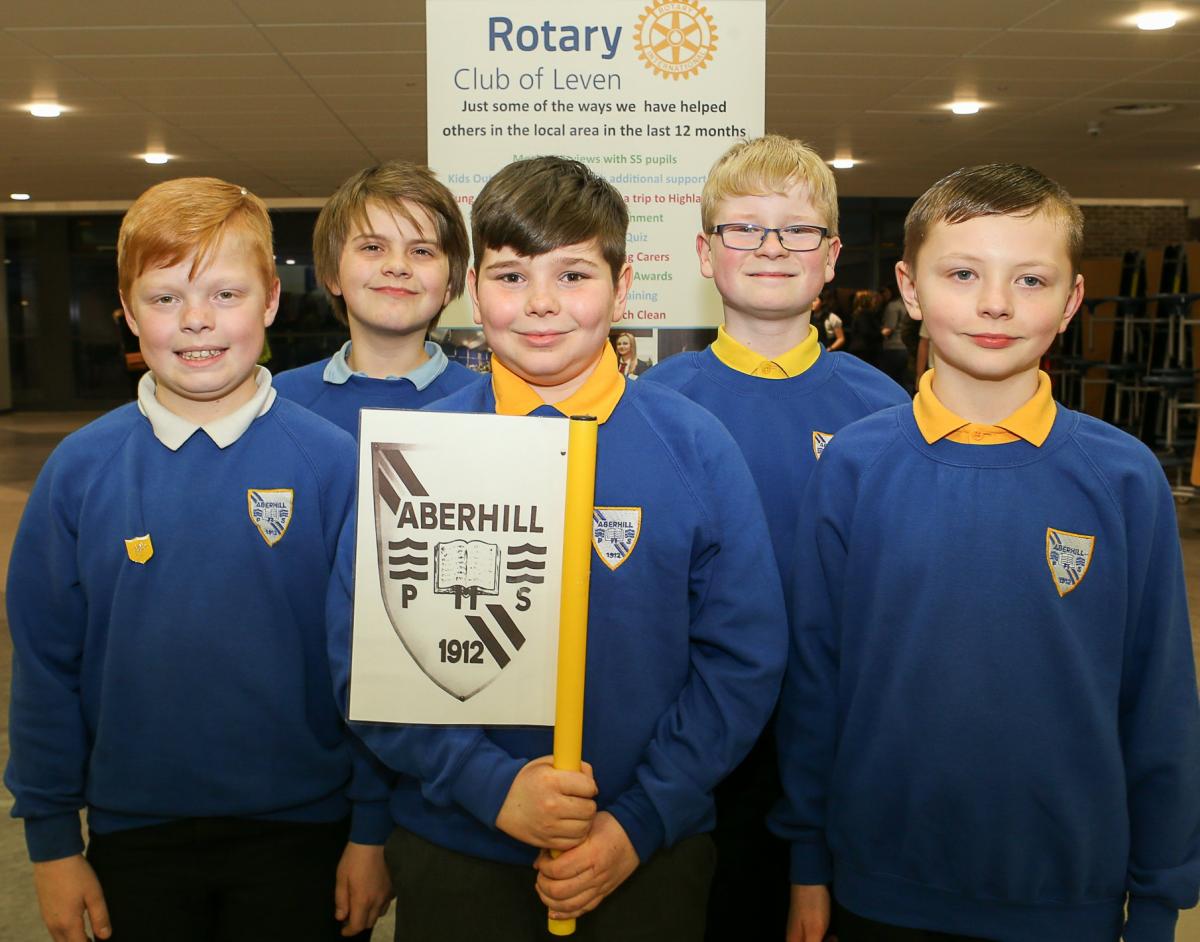 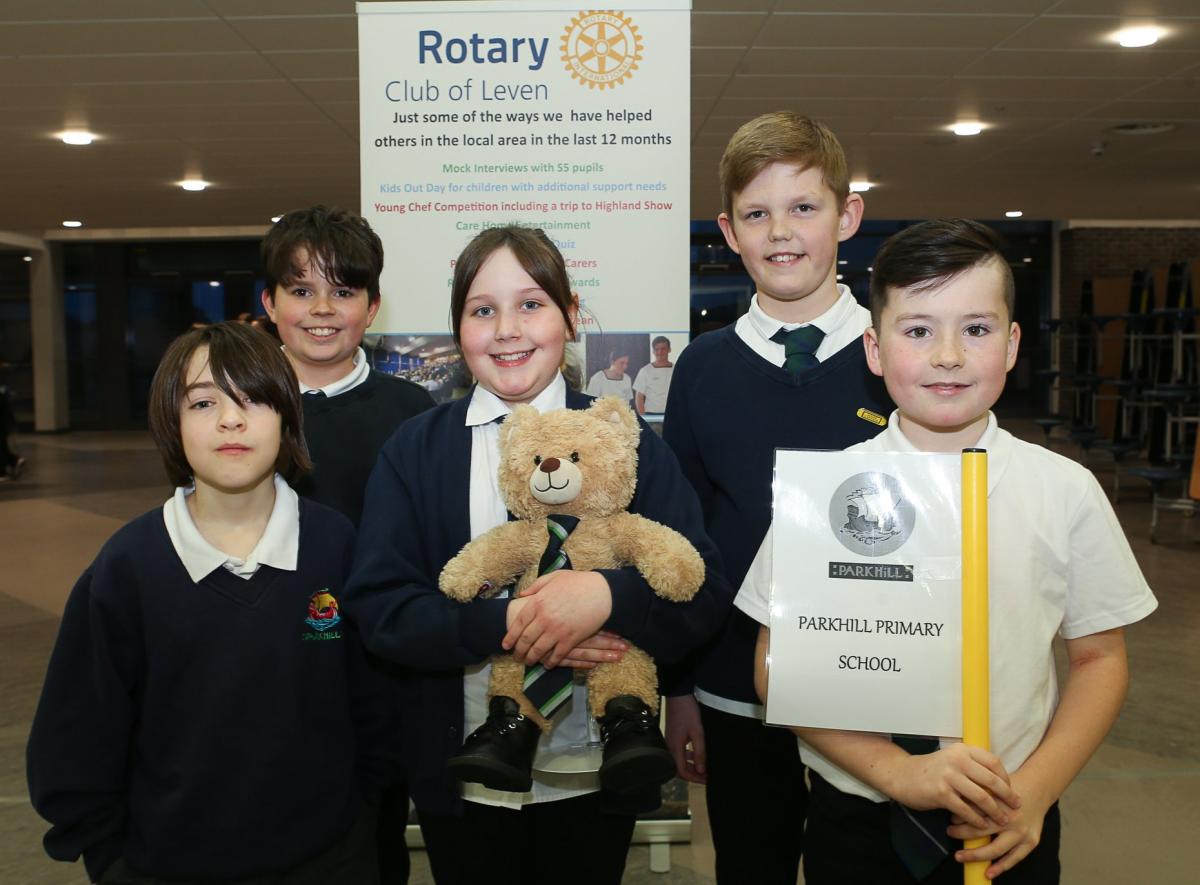 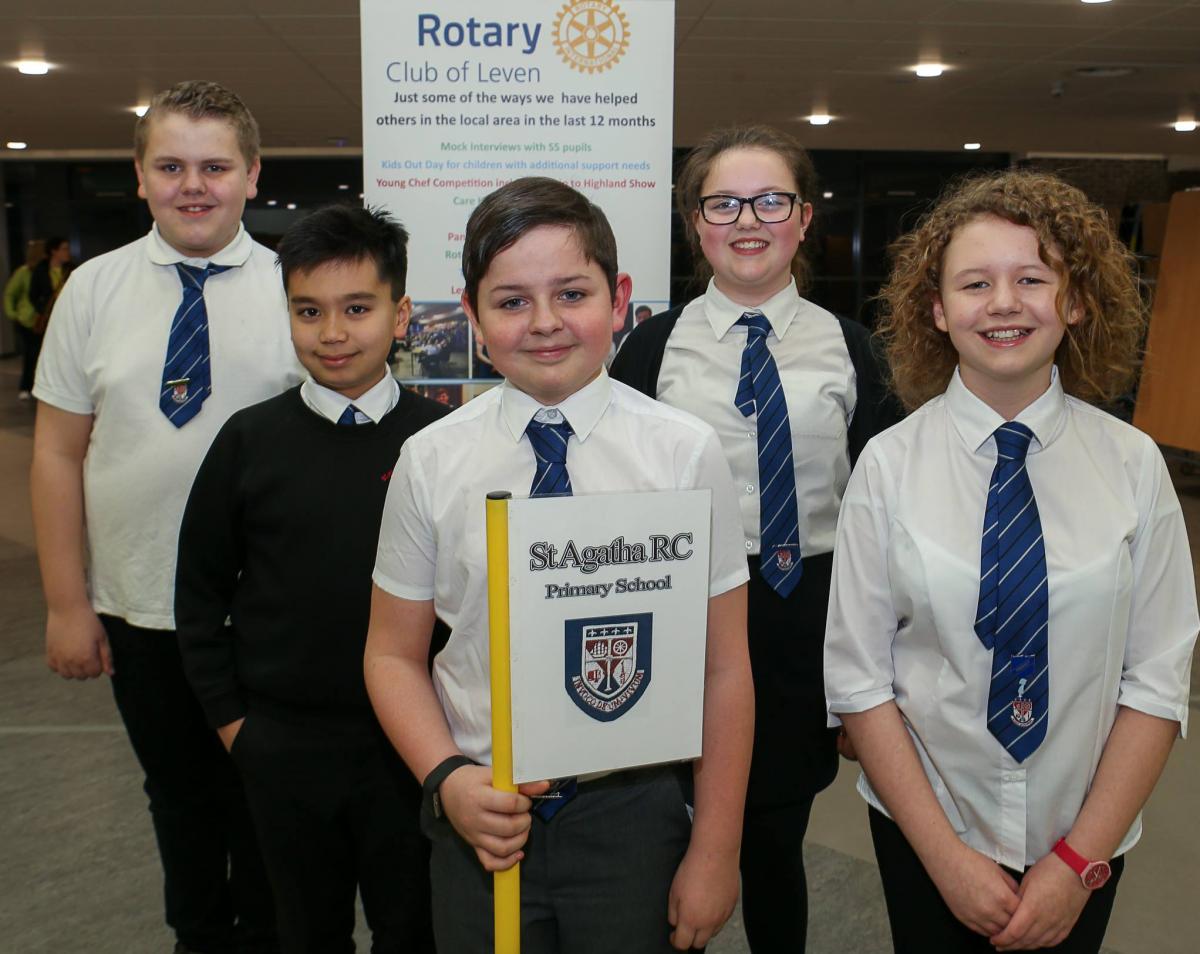 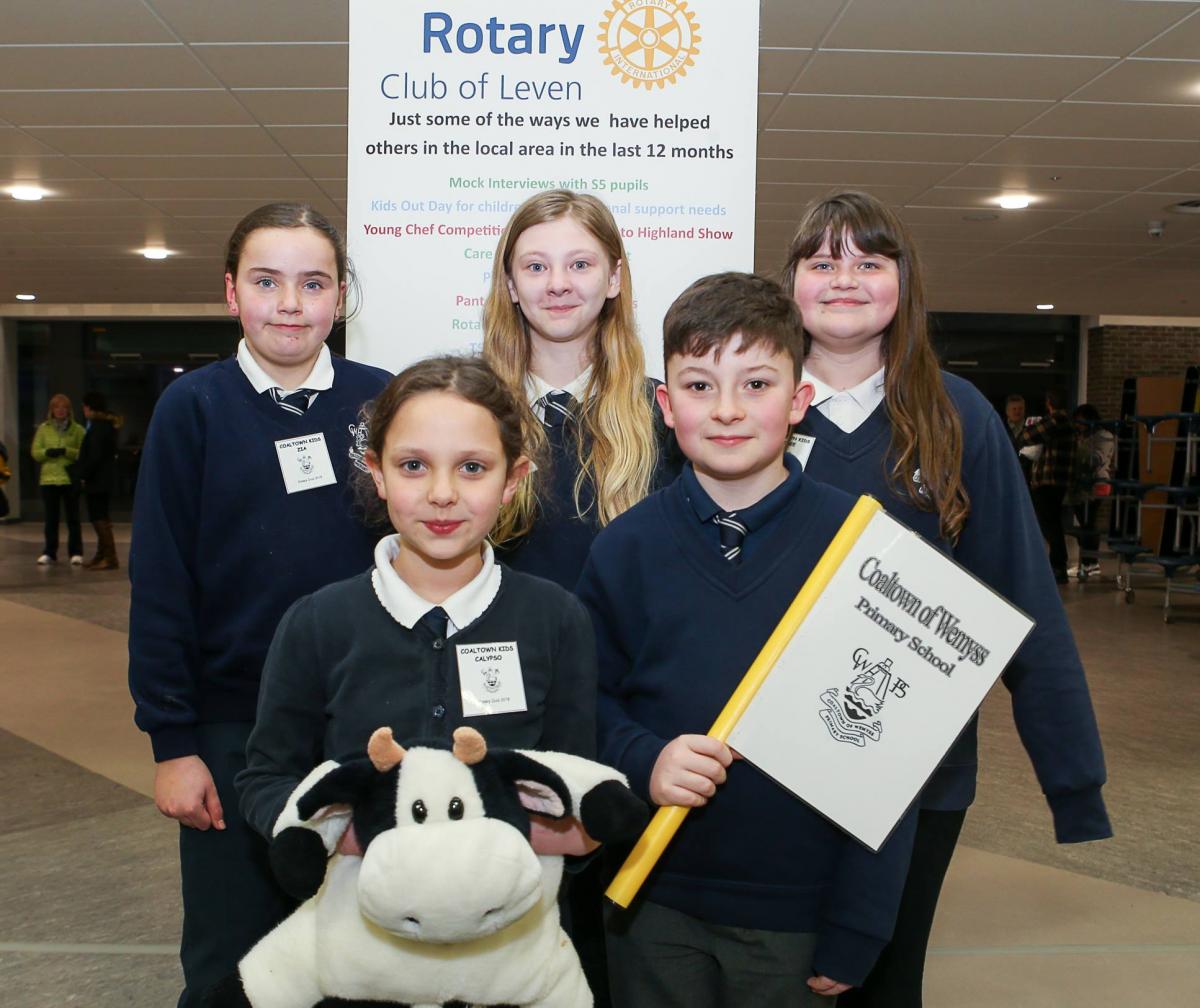 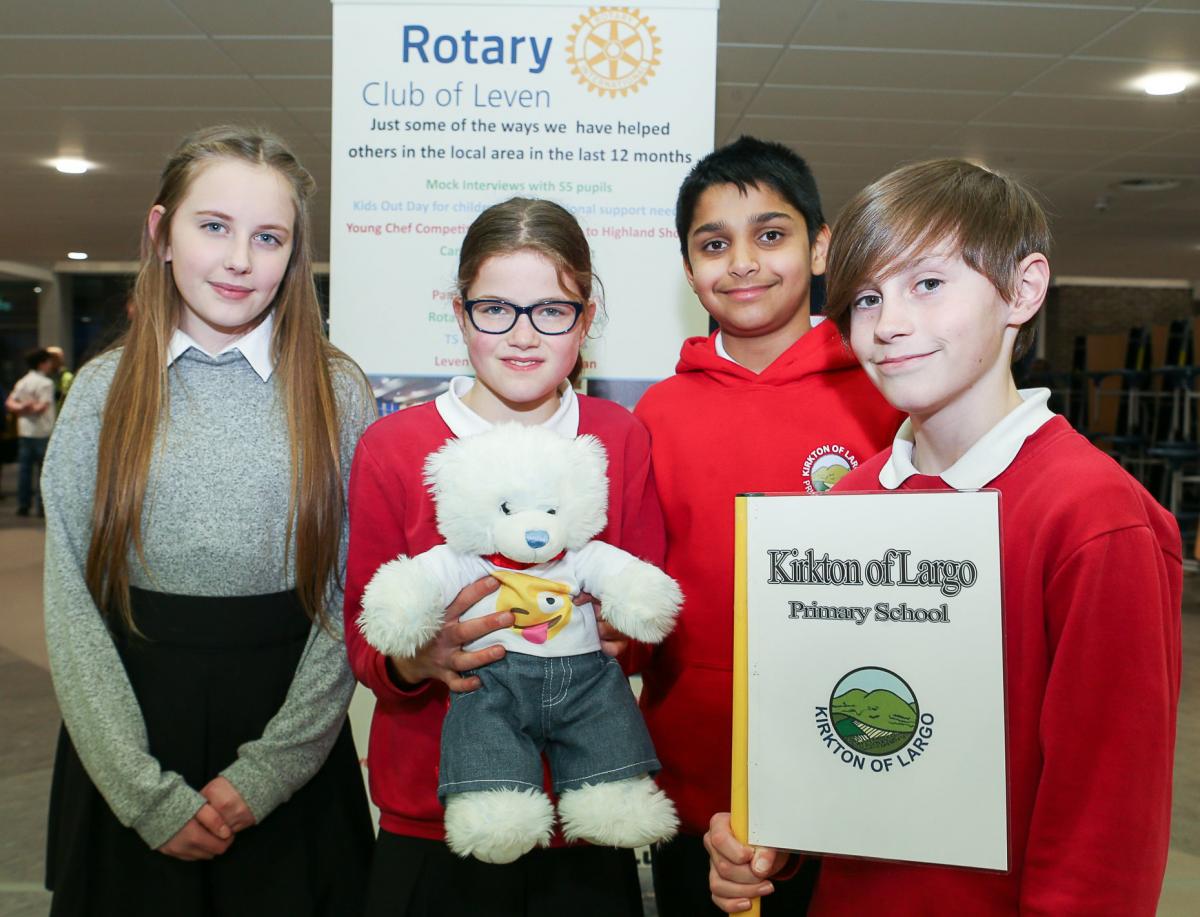 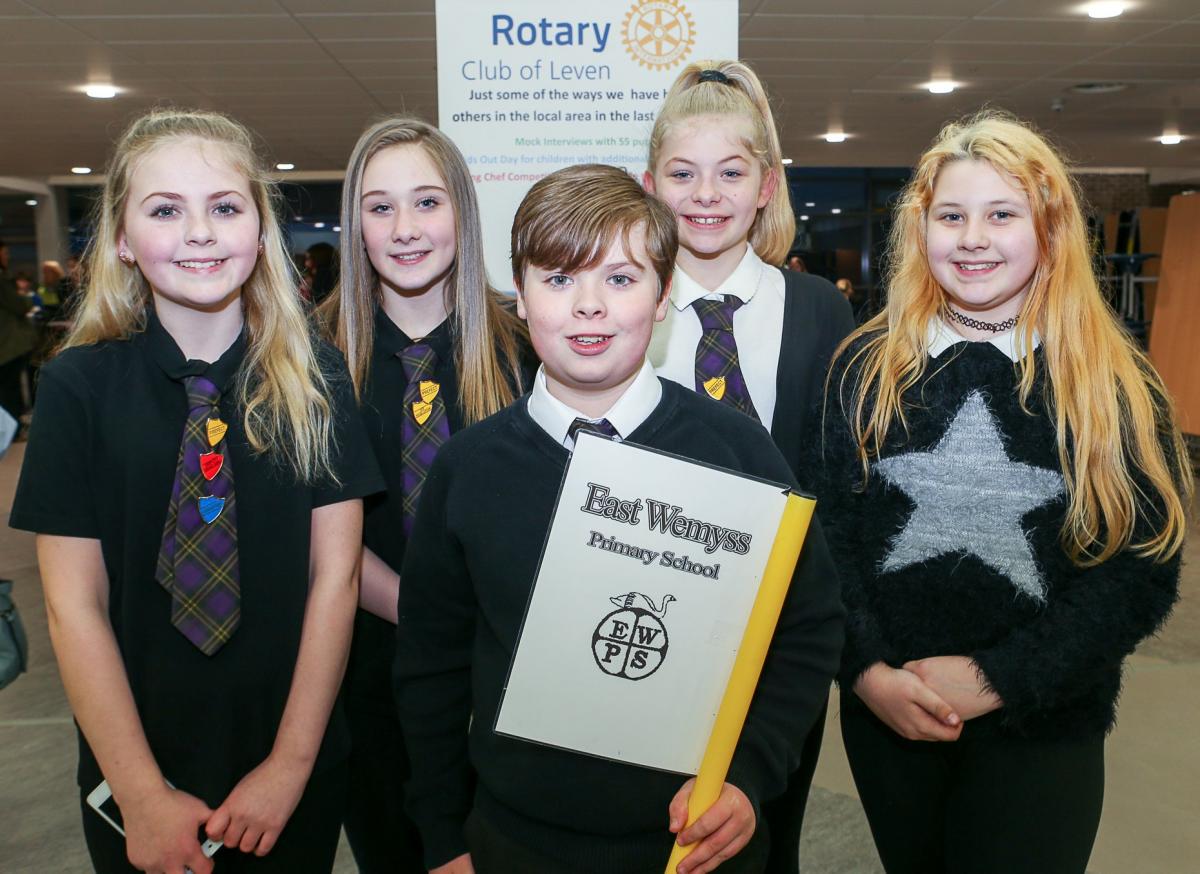 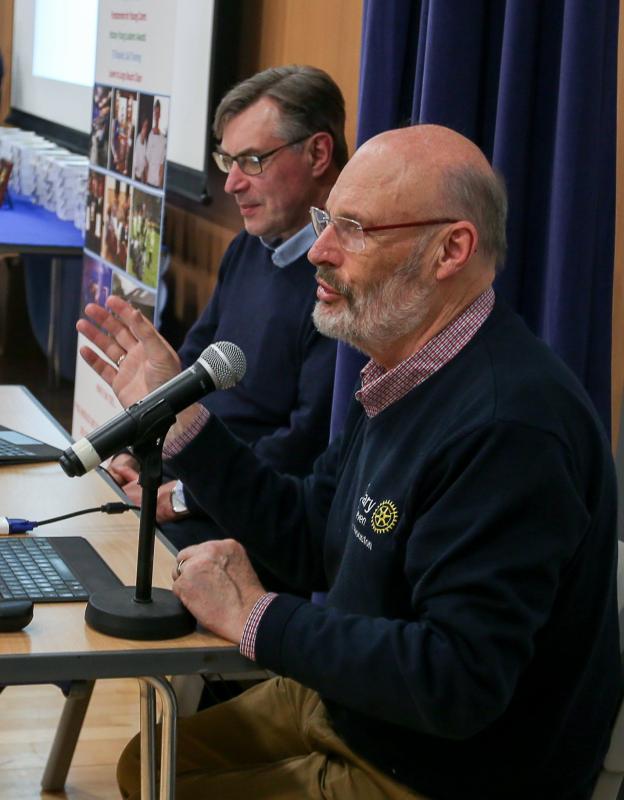 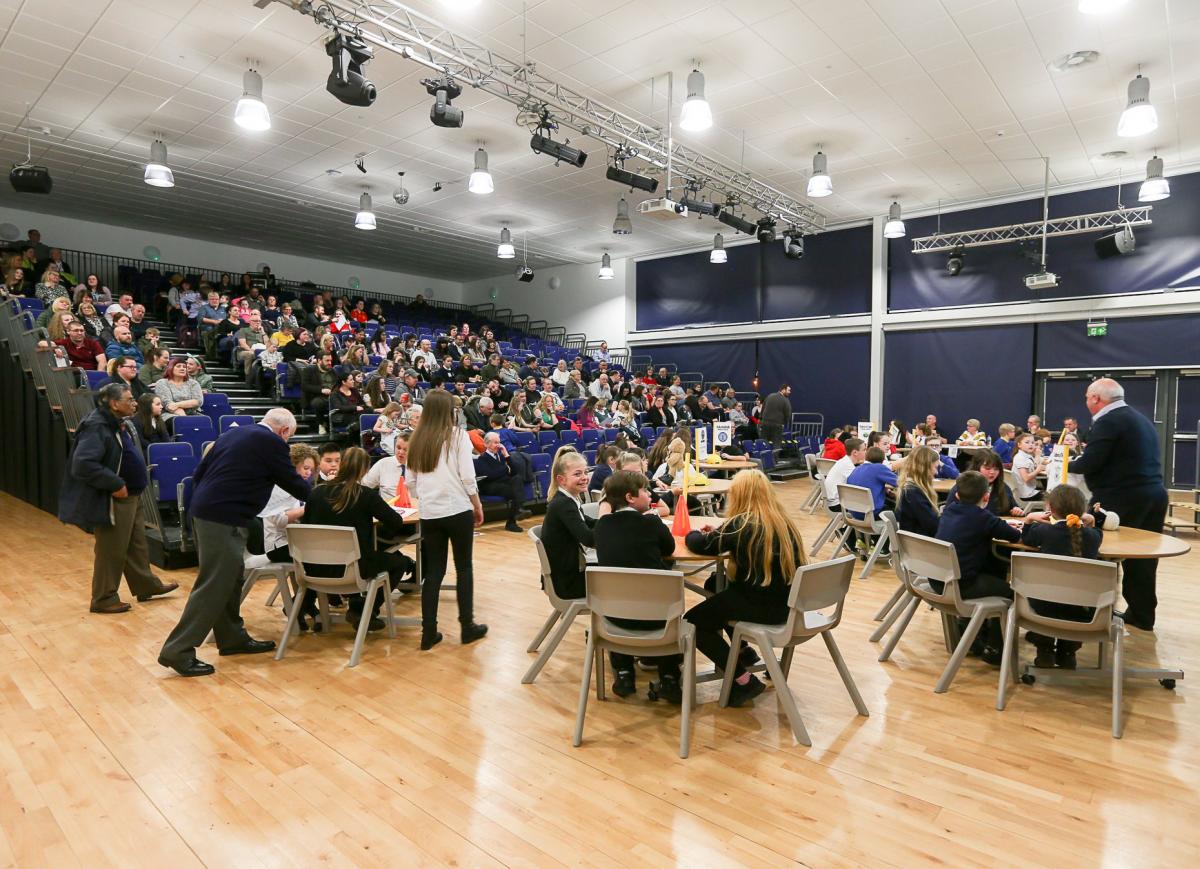 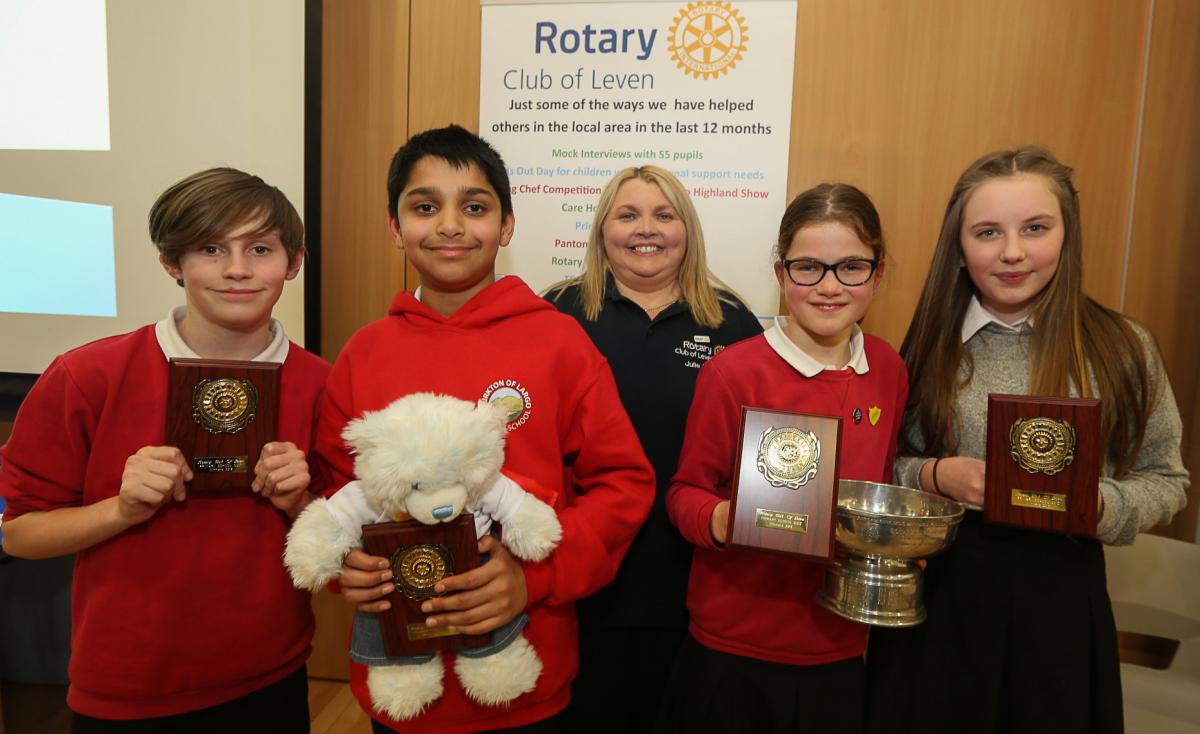 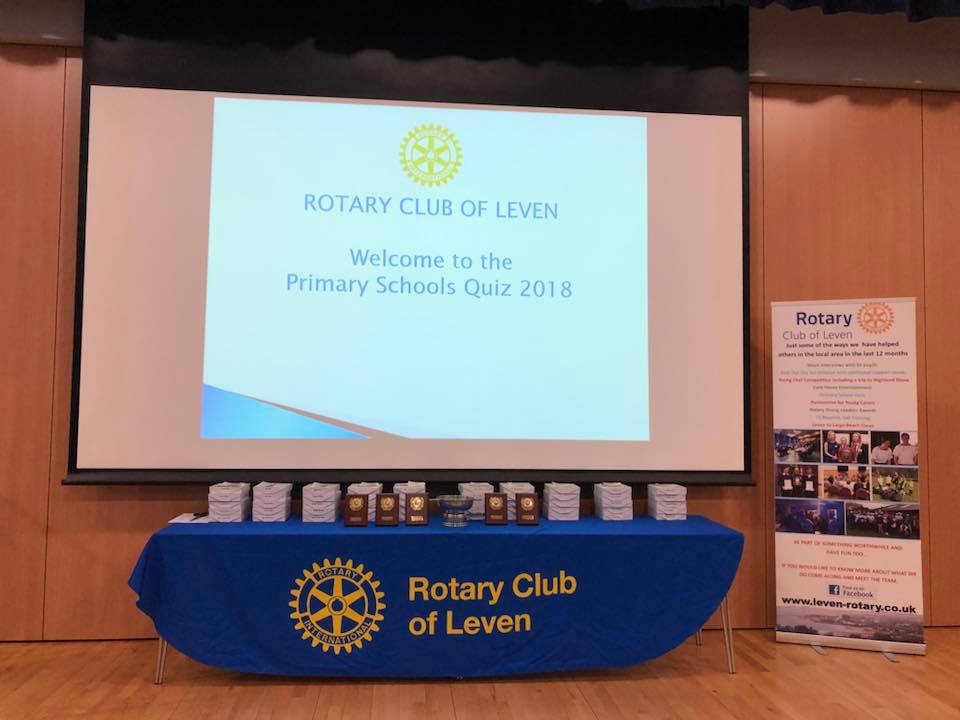 Leven Rotary’s President, Julie Brownlie, presented the winning team with the Centenary Trophy and shields to the individual team members. All children taking part received a certificate from the Rotary Club.

In a packed hall, the teams were well supported by cheering teachers, parents, friends and fellow pupils. The Kirkton of Largo team will now go on to an area final competing against winning teams from other parts of Fife and Kinross. This will be hosted by the Dalgety Bay Rotary Club.

Another win there would give Kirkton of Largo the chance to move on to the North and East of Scotland final at the Beach Ballroom, Aberdeen on
9th June, when £1000 worth of prizes is up for grabs.

The Rotary Club is justly proud that the Primary School Quiz, initiated by the Leven club in 1989 has since been taken up by clubs all over Scotland and is increasingly
finding support in England and Wales.