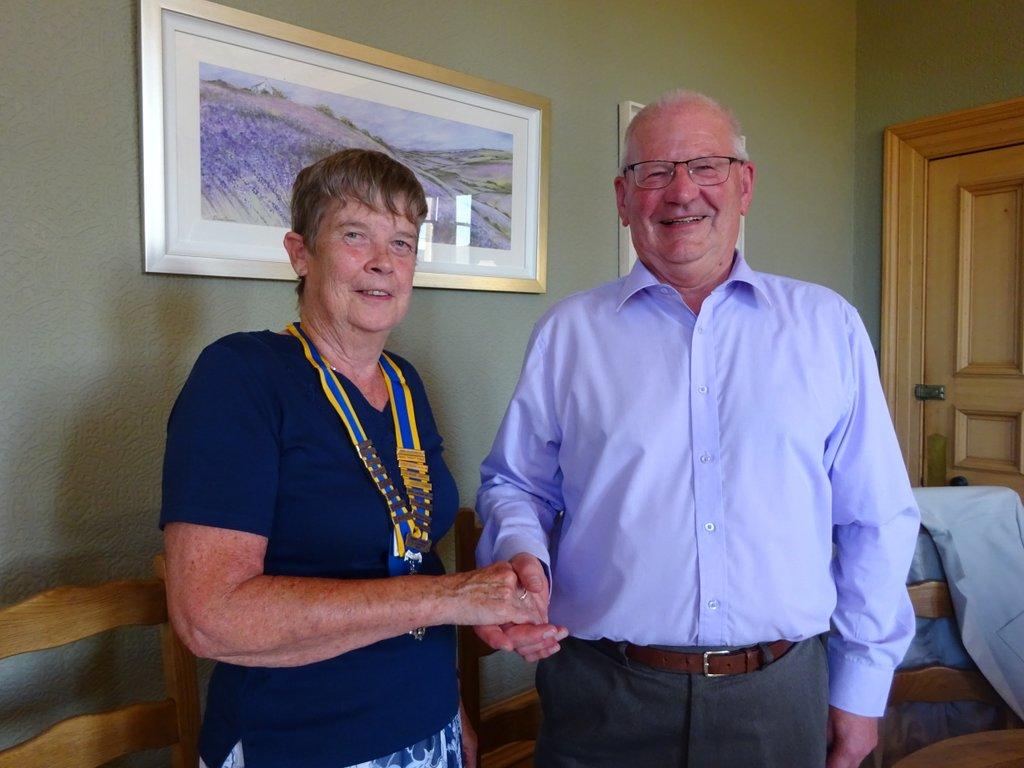 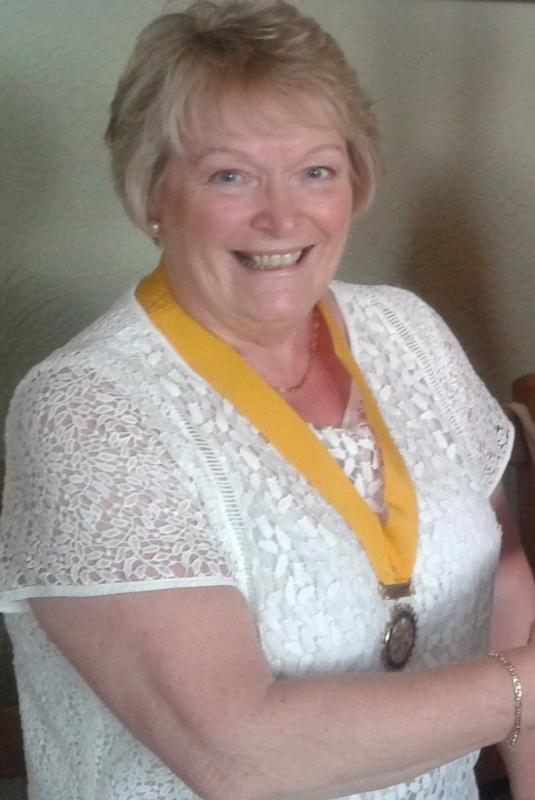 
Last week's meeting of the Rotary Club saw retiring President Scott Elliot handing over the Chain of Office to Mairhi Trickett.  This was Scott's third term and the start of Mairhi's third term as she was previously President of Orkney Rotary Club and more recently Hawick.  Scott thanked the members for the tremendous support he had received and had no doubt Mairhi would receive the same.  She made a short acknowledgement and said how much she was looking forward to another term of office.
The Club Assembly then took place when committee convenors detailed their plans for the year coming.  Foundation under Gus Neilson would be supporting the End Polio Now Project and thanks to the efforts of Rotary and their supporting friends polio is now restricted to three countries Afghanistan, Nigeria and Pakistan.  This year they would also be supporting the Freedom from Fistula Foundation.  International, Ron Sutherland reported, would concentrate of the 500 Miles charity under Olivia Giles to provide prosthetic limbs in Africa and also finance the micro-finance scheme in Third-World countries.  All the usual local charities would receive Rotary support through arranging quiz nights, sheets and a film night.  President Mairhi thanked the convenors for their work and reports and said they were looking forward to another successful year.