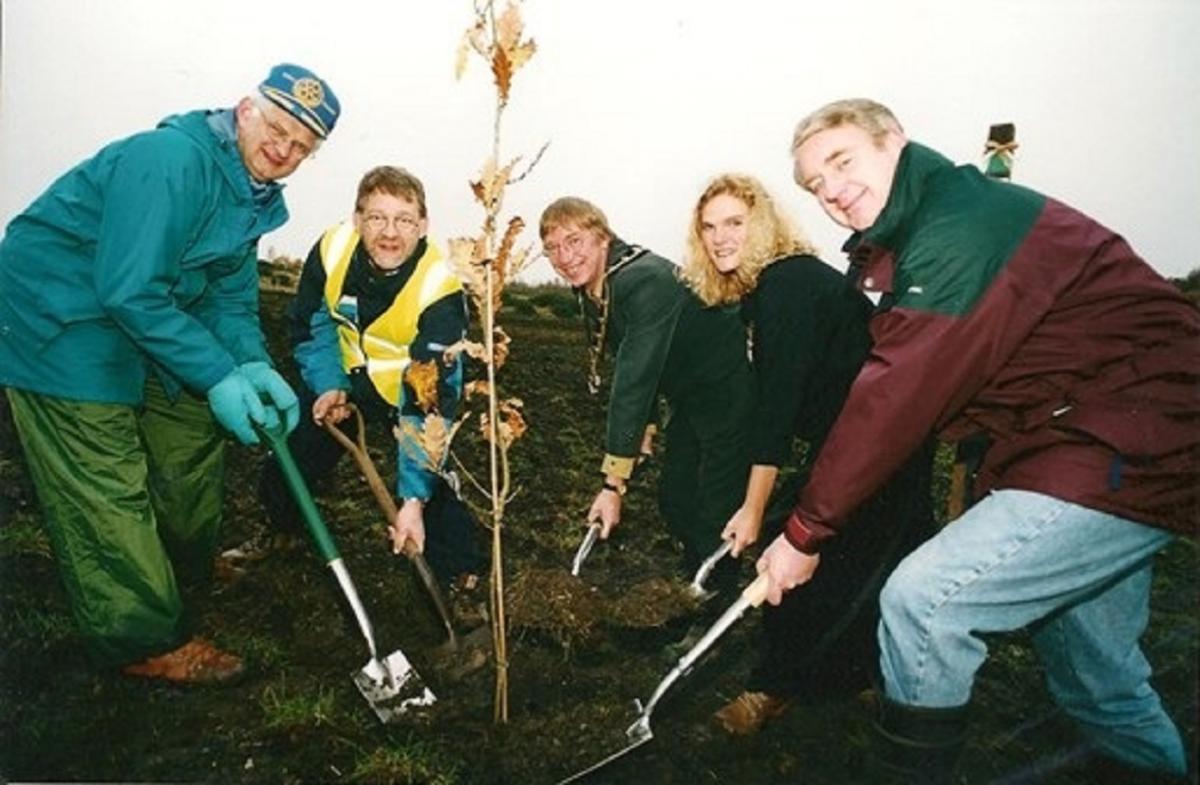 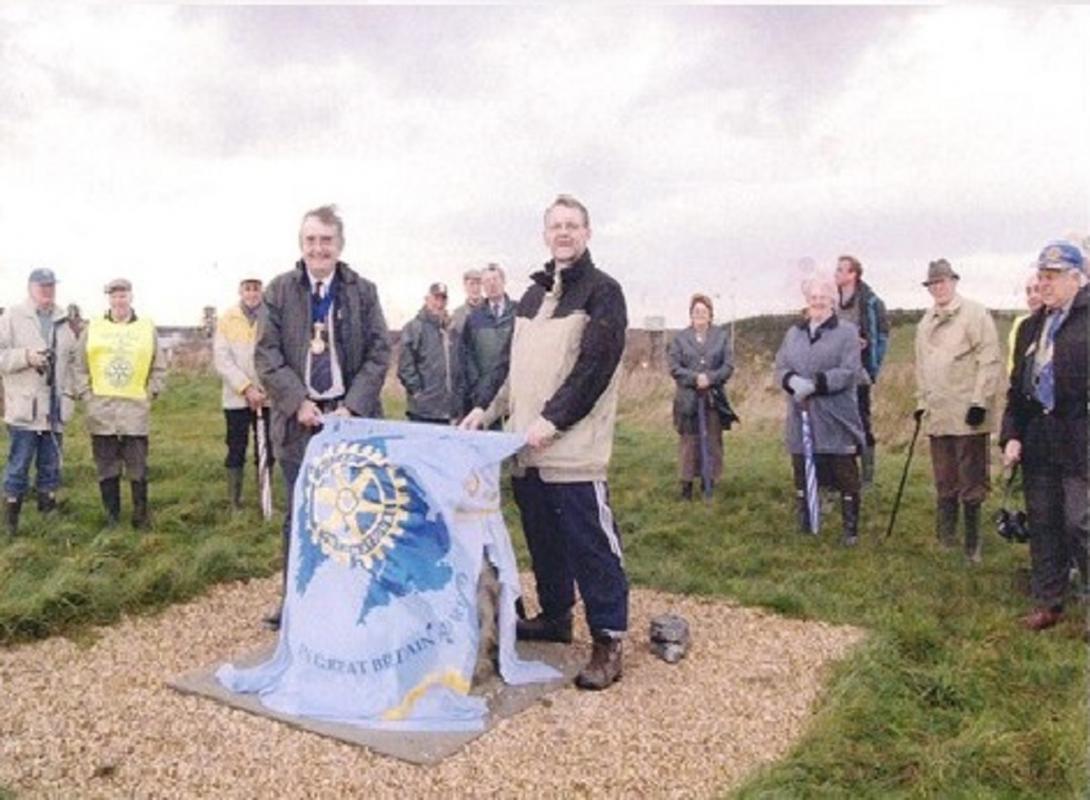 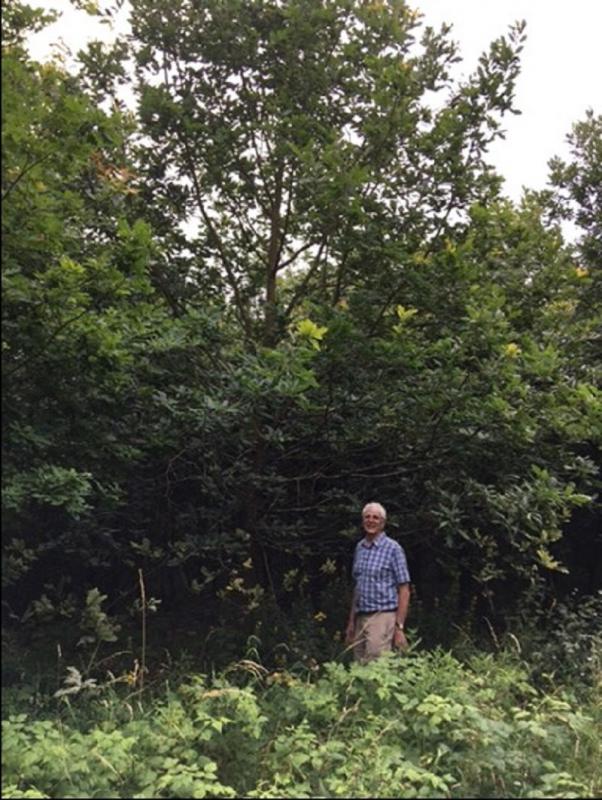 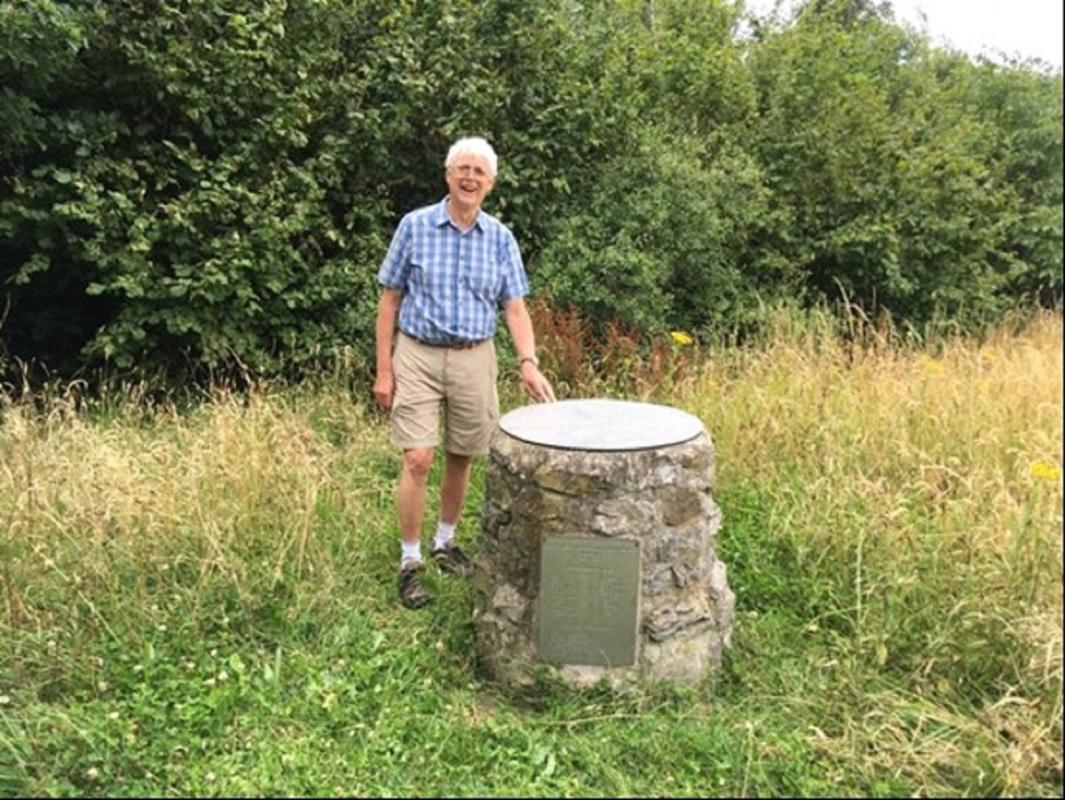 In August 1998 Melvin Flint, a member of the Mansfield Club, arranged a meeting with members of several Clubs in the District at The Little John pub at Ravenshead to explain his idea of undertaking a project for the Millennium to plant a woodland. He explained that he had already found a suitable site of 25 acres at the Thoresby Colliery that had been purchased and partially restored by Nottinghamshire County Council and that they were willing to make it available for Rotary to plant. Sherwood Forest Trust had also indicated that they would be very willing to provide expertise and materials for the project with Rotarians providing the funding and undertaking the actual tree planting.
His ideas were enthusiastically received and taken on board by District with a display set up at District Conference in order to spread the word around all of the clubs. The organising committee evolved into one of some 14 members from 11 different Clubs and met fairly regularly for nearly 3 years. Melvin was naturally in the chair and Lionel Howard took on the roles of Secretary and Treasurer, with other members carrying out roles as required.
Planting actually commenced in National Tree Week on 28th November 1998 with over 200 Rotarians family and friends turning out on the foulest day imaginable for that time of year. We were all soaked to the skin.
Sherwood Forest Trust in addition to carrying out the fencing and supplying the 10,000 trees undertook to take over the long-term management of the site all at an estimated cost of £55,000. Clubs around the District were invited to make a contribution to the costs and eventually 25 gave £100 each. Numerous other fund-raising efforts were made but it was obvious that a very major source of funds would be required to meet the target.
The author of this article had recently retired from the waste management industry and was very aware of the availability of funds from the newly introduced Landfill Tax whereby 10% of the money raised could be made available for local good causes. Global Environmental Trust, part of Yorkshire Water, now owned all of Nottinghamshire’s waste management facilities and application was made to them for 60% of the total cost of the project. This was approved up to a total of £35,250 subject to a Government body called ‘ENTRUST’ accepting it as a suitable community project. A detailed case had to be put to them and the efforts to include schools, businesses and many other community groups persuaded them that we were a worthwhile cause.
Planting of trees continued during the winters of 1999 and 2000 with many Rotarians contributing, wearing full winter gear, and armed with just a spade to push into the wet ground, wriggle around, pop in the foot high ‘whips’ and heal in. The ‘take’ success rate for all this effort was around 95%, not bad for a bunch of volunteers. One tree of particular note on the site was planted at a ceremony by the Sherriff of Nottingham and his Lady, DG David Power, Melvin Flint and Director of Global Environmental Trust David Ellis on a thoroughly wet 13th November 1999. This tree is a certified clone from the Major Oak and is now a vigorous 6m+ tall. The Sherriff and his Lady had turned up in the City Rolls dressed for a reception at the Council House and had to be loaned wellies by myself and my wife.
Finally, seats were installed at the top of the site and a plinth constructed by PDG Lionel Howard, Alan Clough and myself with a plate on top showing directions to various places, now totally obscured by the trees, with a plate on the side naming clubs that had specifically contributed to the project.
In 2002 Rotary Wood received the Rotary GB&I annual Environmental Award and when The Rotary GB&I President Tony De Angelis made his annual visit a brief unveiling ceremony was held at the site.
The final revenues of the project were: -
Contributions from Rotary clubs                    £3,525
Fund raising events                                           £4,700
Business sponsorship                                      £3,525
Forestry Commission – Woodland Grant   £11,750
Yorkshire Environmental Comm. Trust       £35,250
Total Cost                                                         £58,750
It is now 20 years since the first trees were planted and it is well worth a visit to see what was achieved through Rotarians working together. To find the site, park in the car park of the new Alders pub at the side of the Ollerton roundabout on the A614/A616 junction, walk about ½ mile through the Sherwood Heath, keeping to the left footpaths, arriving at a lane a lane with an electricity substation at the beginning. Cross the lane to the start of Rotary Wood, up a fairly steep gradient and follow a circular path clockwise to the open area at the top, where the plinth is located. On the way down is the Sherriff’s tree on the left. Seats are available en route. The total distance is about 1.66 miles.
Should anyone want any further information on the project I will be pleased to help.
Jim Gostick
Rotary Club of Bingham and Radcliffe.

Young Musician Competition, Art & Craft Exhibition, Pate & Plonk evening - these are just some of the things we do! 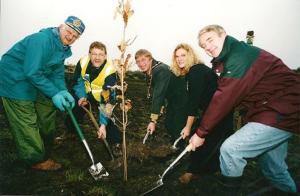