£2,500 presented to the Wiltshire Community Foundation to add to the Club's named fund making charitable donations in Swindon & District 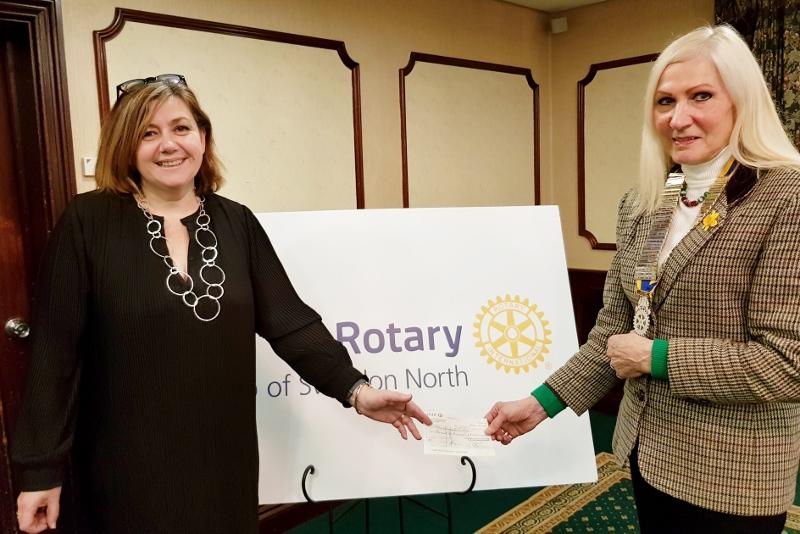 Fiona Oliver, Director of Development, Wiltshire Community Foundation gave us a very detailed and interesting talk on the work of the Foundation. The Foundation was founded in 1975 and is operated by a team of 11 people with many volunteers from all sections of the community.

Last year over £1.2 million was awarded to support the people of Swindon and Wiltshire.  In addition to monetary grants assistance is given with the administration of a group or putting together the grant application.  Grants are given to adults and children, individuals and groups.

We were given all given a copy of the Foundation's Impact Report for 2017/2018 which detailed the programmes and the impact the Foundation makes.

One campaign is “Surviving Winter”.  As we are all aware everyone receiving a State Pension is awarded a Winter Fuel Allowance – whether it is needed or not.  This campaign is asking people who do not need the award to consider donating it to the Foundation who will use it to help with households in fuel poverty.  Last year £77,000 was awarded.

The Foundation is currently, with the help of a government grant, researching the impact of loneliness.

In the picture above: Club President Ann Debureaux-Dias hands Fiona a cheque for £2,500 from the Club to be added to our Fund.