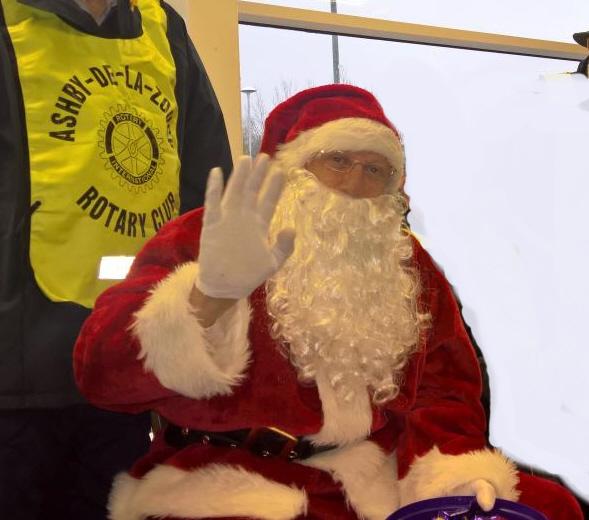 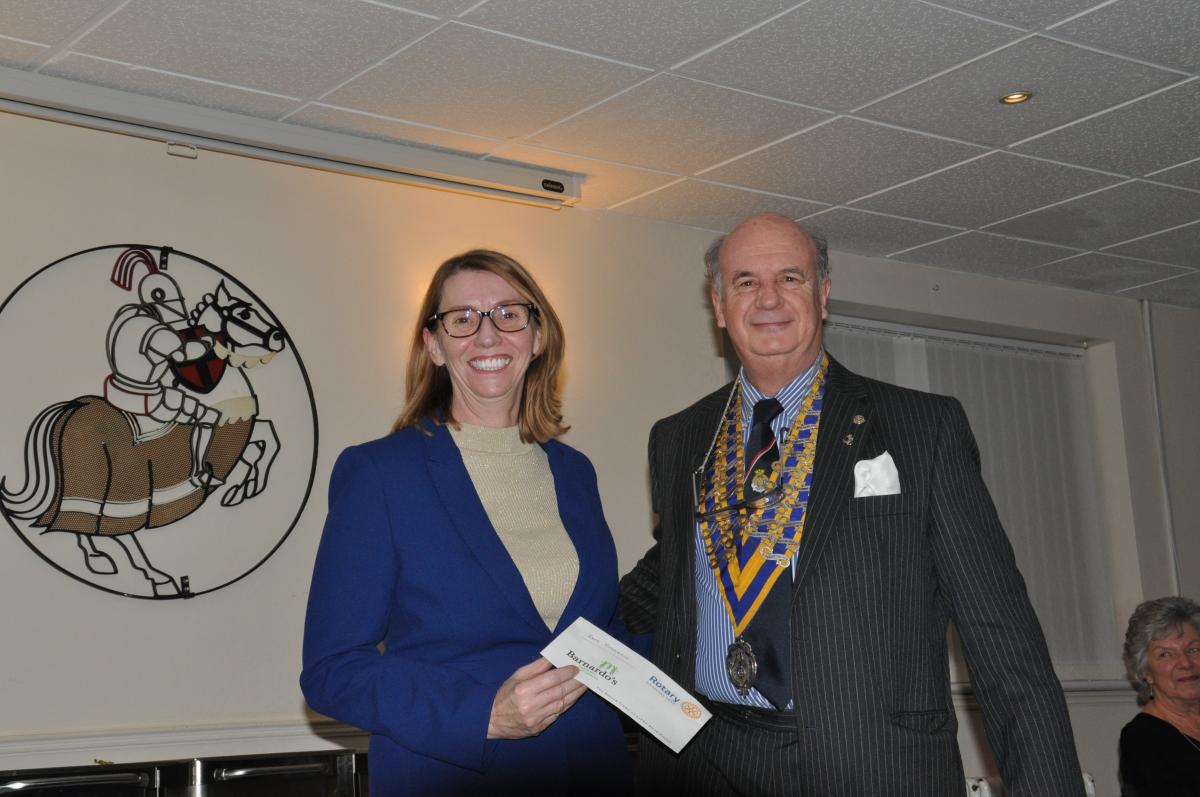 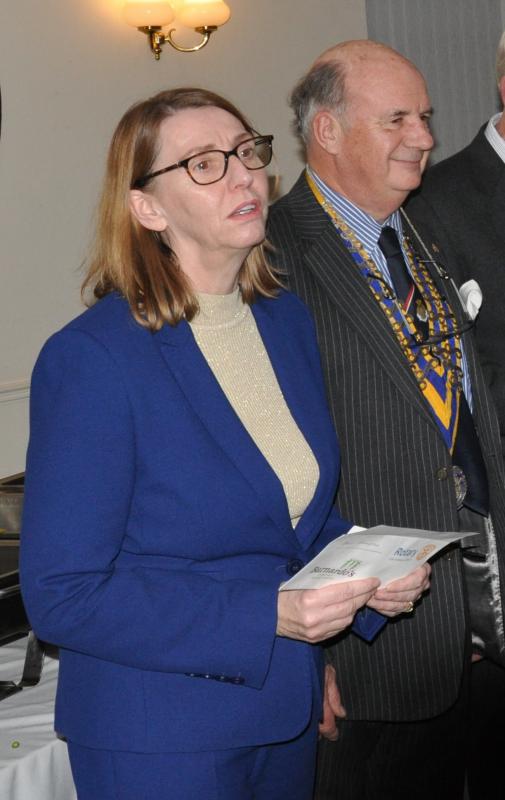 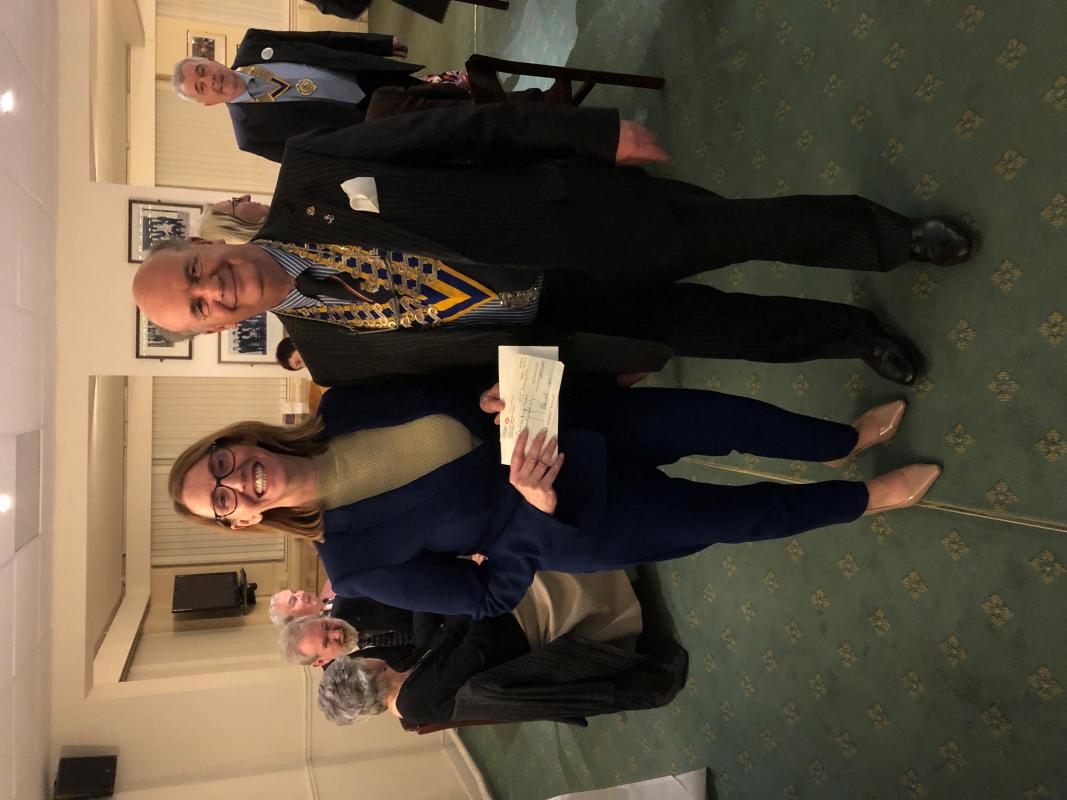 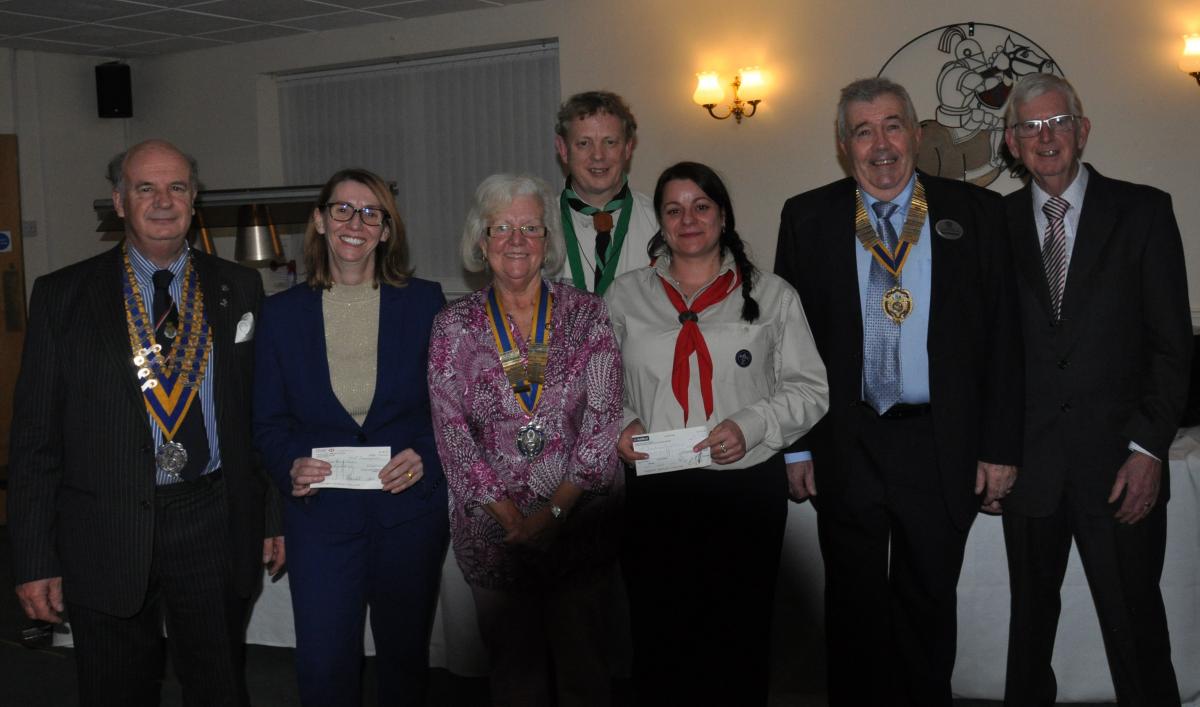 Charities are presented annually with money raised by the Ashby Rotary Clubs’ Santa collections. The three Clubs were able, in 2019 to present £5000 to each of the three charities, thanks to the generosity of Ashby people who give unstintingly to collectors who accompany Santa on his visits to Ashby and the surrounding villages.

Ashby Castle Rotary Club president Sheila Dale presented a cheque to Donnington Scouts and representatives explained how thhe donation would improve and develop their headquarters which was in need of maintenance and improvement,.

Paul Bertenshaw, President of Ashby Hastings Rotary Club presented a cheque to Hospice Hope who detailed the prestigious developments that were taking place at their site in partnership with Bloor Homes and NW Leicestershire Council. The donation was expected to refurbish equipment and resources.

Finally, David Marriott, President of the Rotary Club of Ashby de la Zouch presented the cheque to Jane Richardson of Carefree Carers who detailed that so many young people suffered considerable loss of personal freedoms as a result of circumstances beyond their control and that the donation would make considerable differences to their future lives