Bill's speaker today is Oswestry's Jools Payne with Ibrahim Youssef from Oswestry's Syrian refugee community talking of his experience of life in Oswestry and the valuable assistance that he has received from the community. LUNCH Fish Pie & Peas 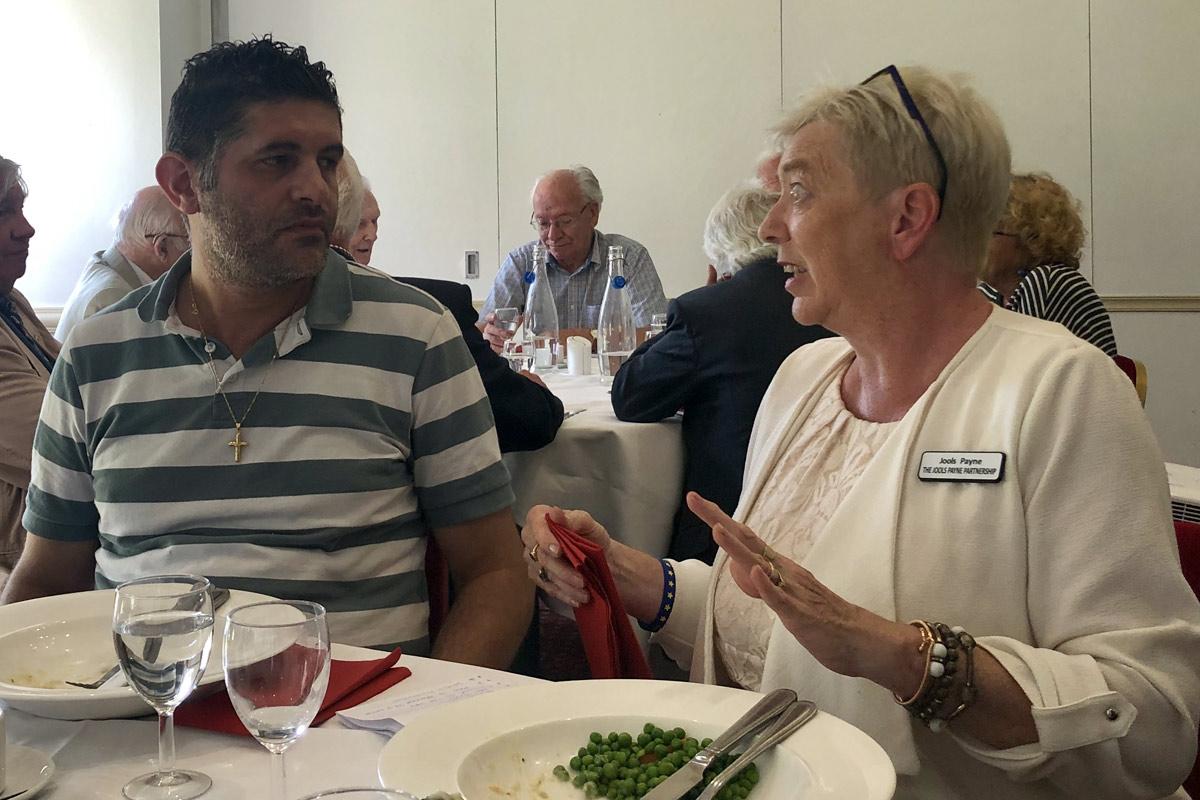 Ibrahim Youssef and Jools Payne join us for lunch today 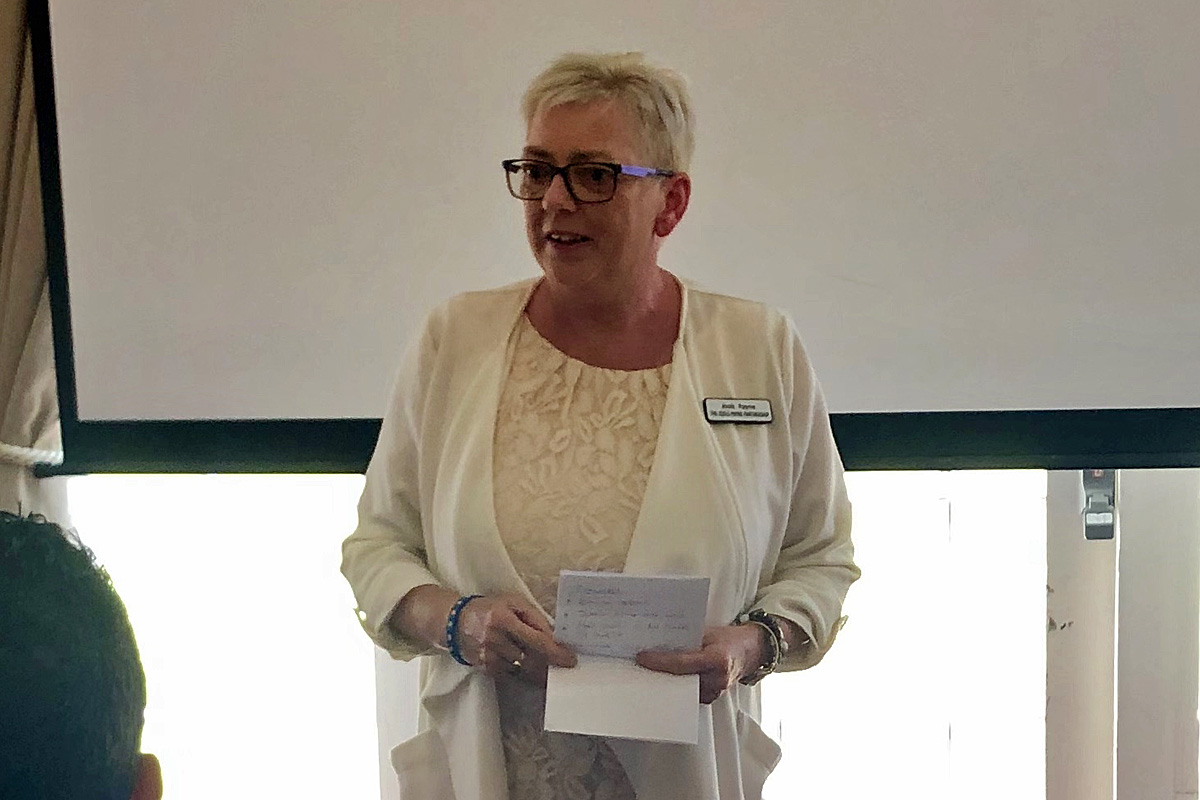 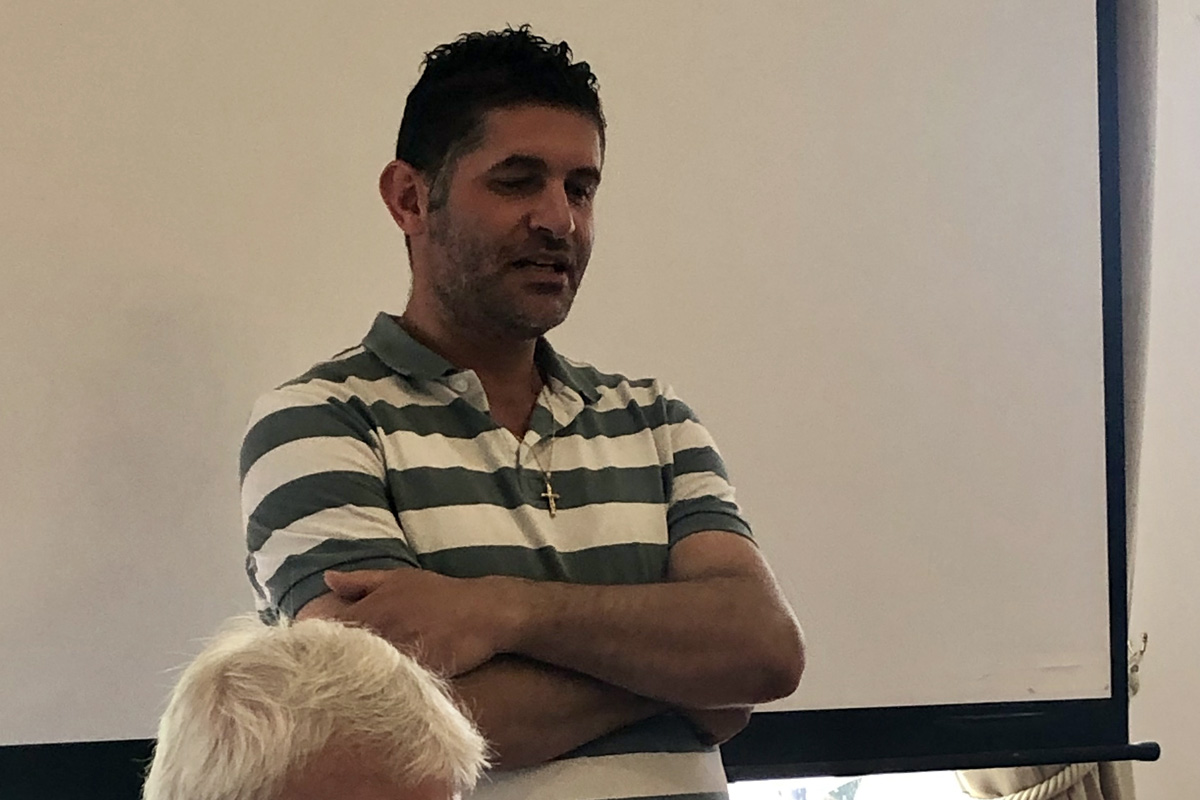 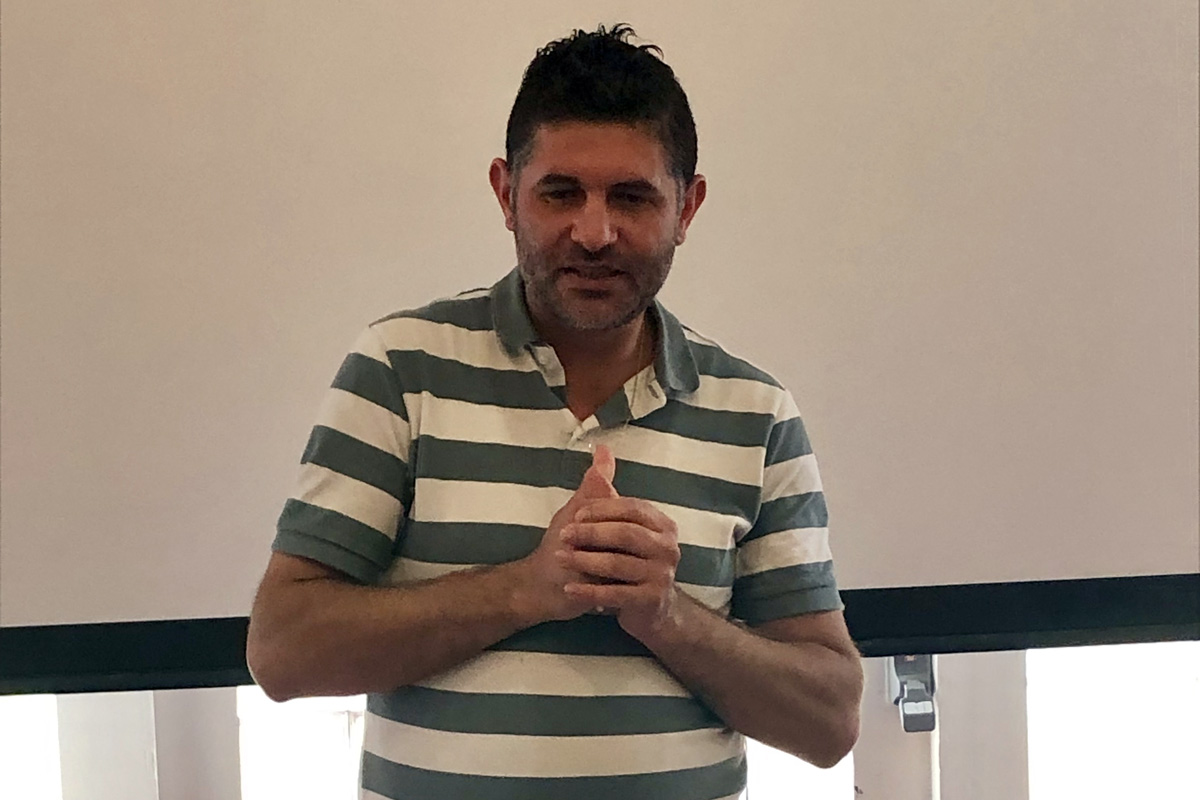 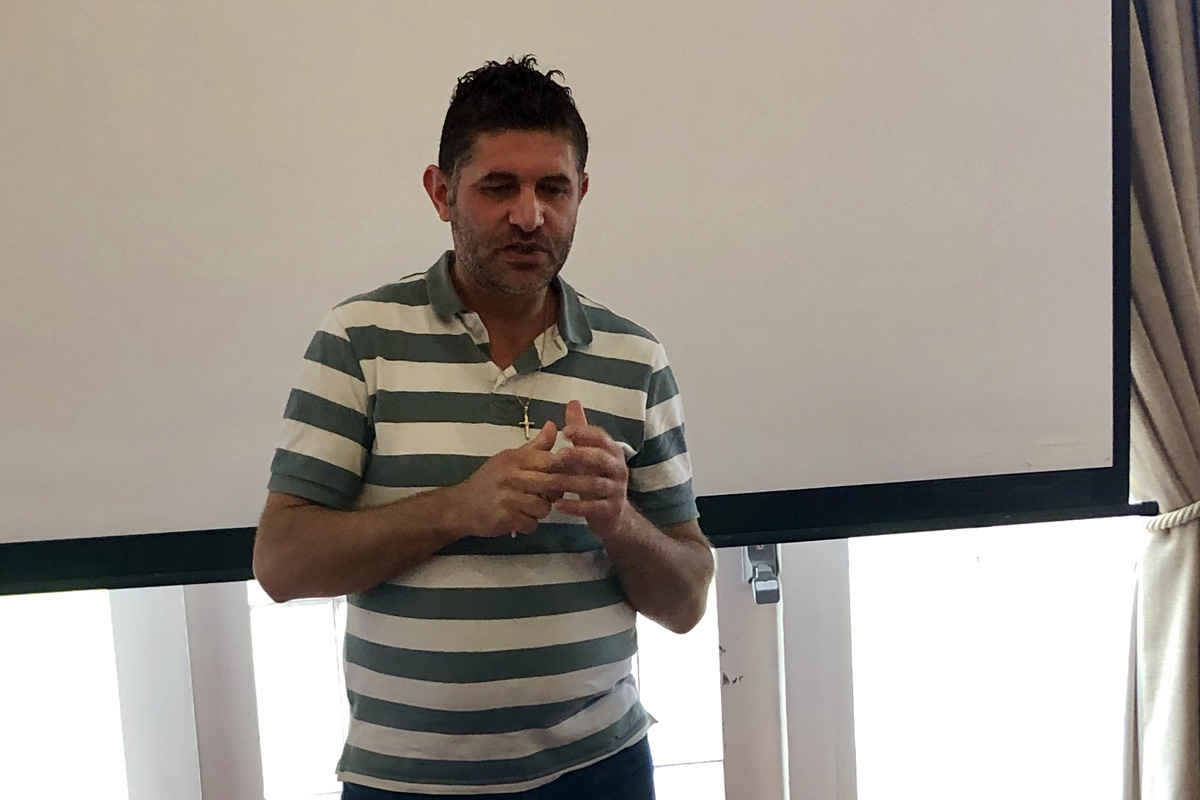 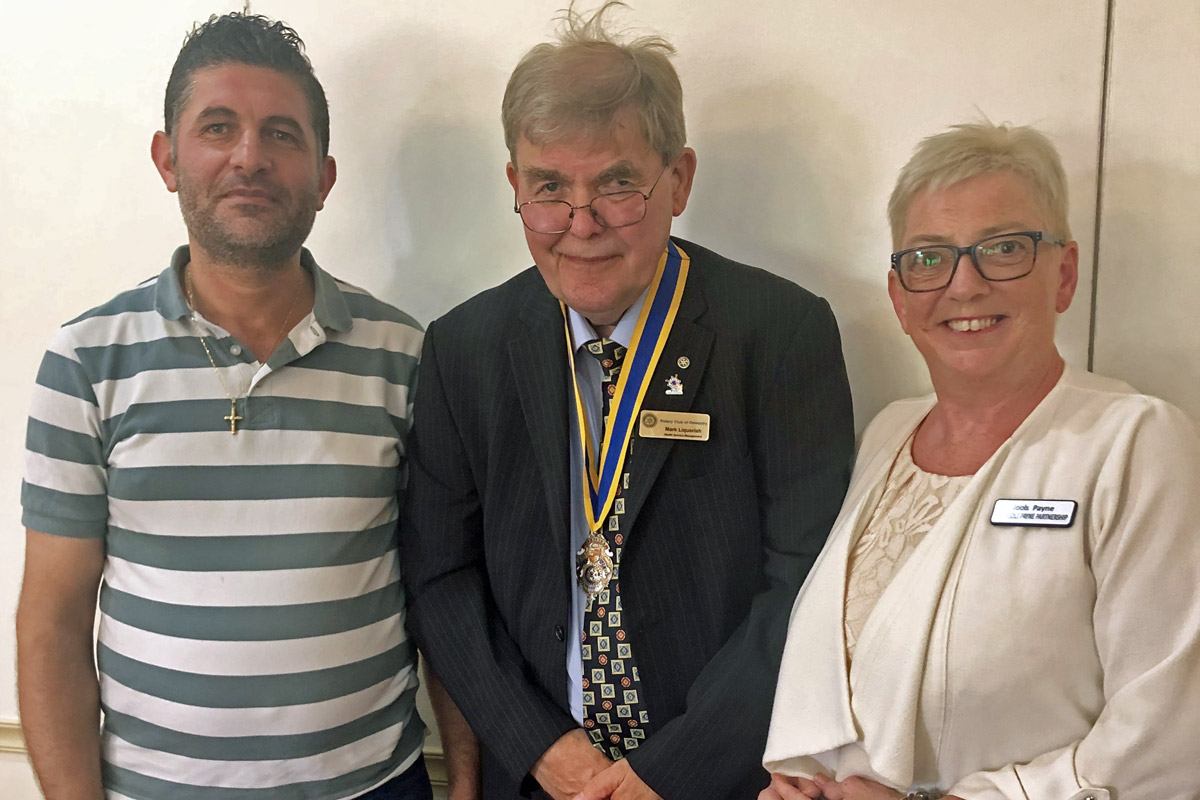 On Monday Oswestry Rotary Club had a visit from Jools Payne who back in 2016 was appointed by the local authority to form a committee to help settle 6 refugee families from Syria into the Oswestry area. The Home Office had decided that the UK would help after the photo of the little Syrian boy, Alan Kurdi, who drowned in the sea off Turkey, highlighted the plight of refugees and 38 Degrees had campaigned for help. A former Chair of the Chamber of Commerce, Jools had the connections to handle the settlement of the families. She told members how Shropshire Council, via its then Leader Keith Barrow, managed to speed up the process for the families who had been identified by the United Nations High Commissioner for Refugees (UNHCR) and they arrived on the 30th June 2016.

The families were provided with accommodation and the most basic of commodities (beds + linen, fridge, cooker, a minimum of cutlery and china) and as they did not know English the first challenge they faced was learning to speak it. We can only guess how traumatic it was for these people fleeing Aleppo and Homs; hell-holes which have been bombed into annihilation. They still have family in Syria and Oswestry Rotary Club members provided each family with a TV so that they could keep up with events back home, and so that the children could start to learn English in the home. We bought a TV for the family which arrived this year too!

Most of the women wear the hijab and they can feel quite vulnerable as this makes them stand out in a town which doesn’t have much diversity. The men need to pass British driving tests, including the theory test - in English - without the help of an interpreter. The Government recommended a minimum of 8 hours weekly English tuition but the families are lucky to access half this much, with volunteers who can offer ESOL (English to Speakers of Other Languages). Jools said “if anyone knows someone who is willing to help teach and who is ESOL trained please get in touch”.

The Syrian families are very hospitable and really want to overcome the enormous barriers which face them; the men want to work but need help to transition off benefits. Universal Credit has proved difficult to navigate particularly for the self-employed. One of the men is growing his own vegetables on an allotment, another says “I don’t know what I can do, I just want to do something”.

Ibrahim Youssef is a success story because he has a job. A baker by trade he now works at a fast food outlet in Oswestry and says that everybody he has met in Oswestry is nice and friendly. He had the last word: “We are happy here and our family has found its home in this town”.