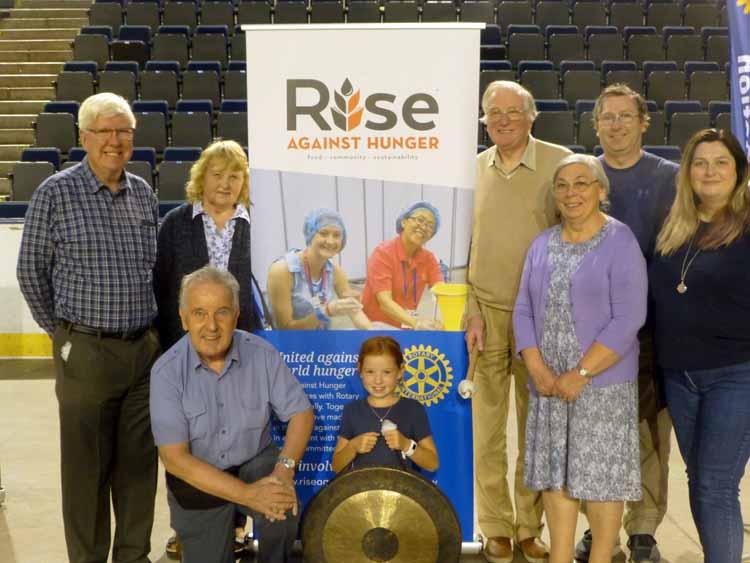 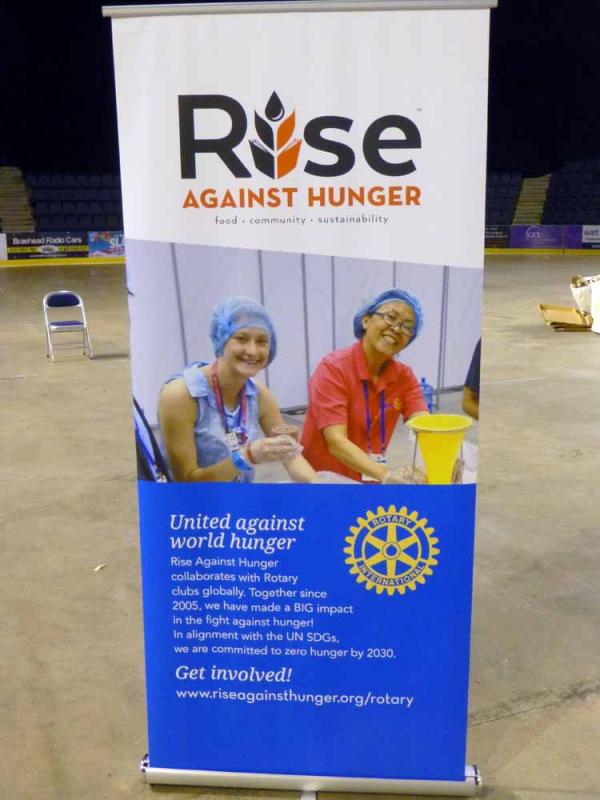 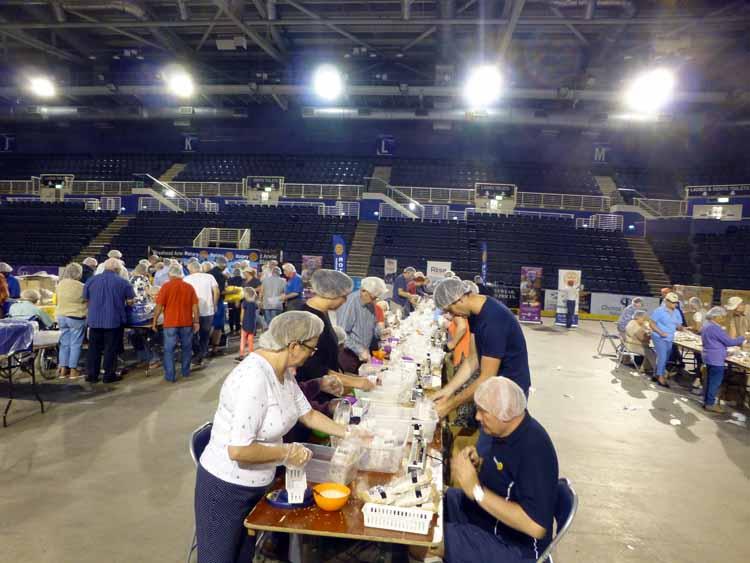 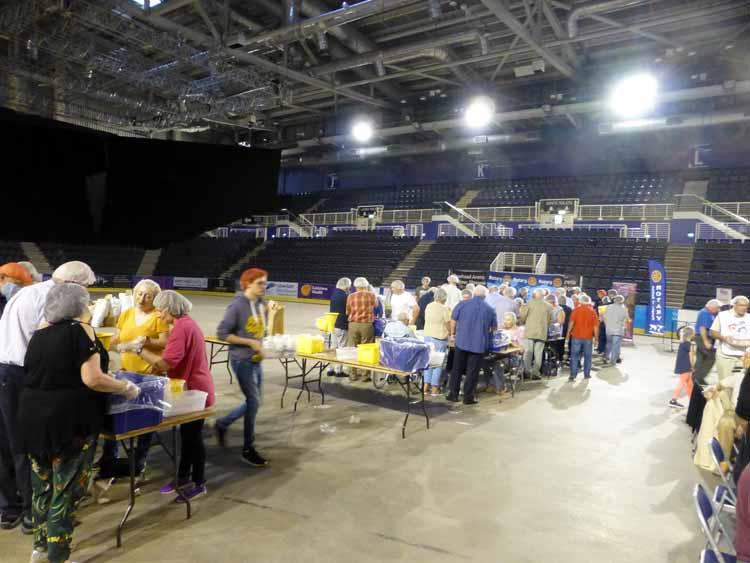 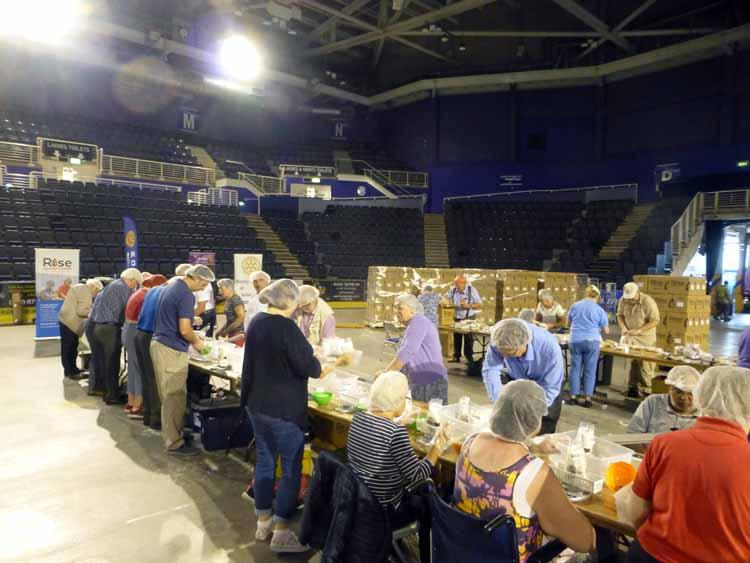 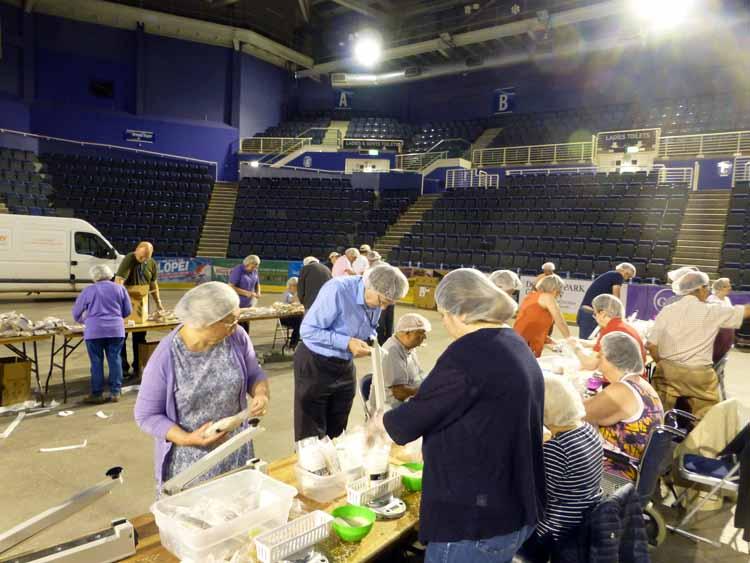 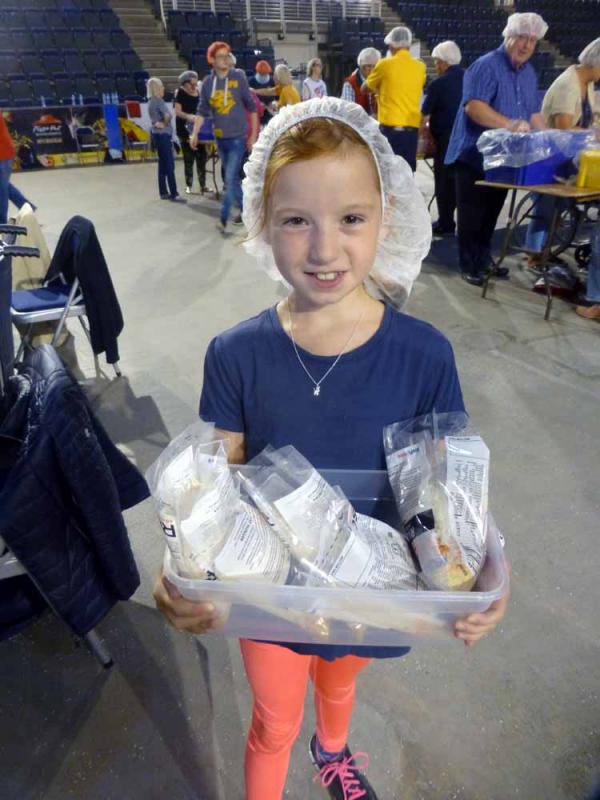 The following information was received from PDG Gary Louttit:

Thank you to everyone who took part in today’s Rise Against Hunger Meal Packing Event at the Intu Arena at Braehead.
We had around 160 volunteers at the morning session and around 100 in the afternoon, with many in the afternoon having stayed on from the morning session.
The packing involved adding rice, soya, lentils and vitamins into bags, which were weighed, heat sealed and boxed by our volunteers.
We had ‘runners’ (taking bags and boxes backwards and forwards between the packers , weighers and those boxing up ; and ‘sustainers’ ( who filled up the boxes of rice, soya and lentils regularly). We also packed to music, and some dancing! And when things slowed down the pipes were played!
By 3.30pm the final total was 75,384 bags, so the target was reached  and surpassed, and with each bag capable of feeding a family of 6 , over 450,000 will be fed in Kibera in Kenya as a result of today’s event.
The initial feedback received has been overwhelmingly positive, with most saying they felt they had been part of something special and felt a real sense of achievement.
Today we saw Rotarians working with friends, family, churches and community groups , with the generosity of the management at Intu hosting us at the Arena, the folk from Rise Against Hunger like Kate and Rachel, all ultimately doing something very worthwhile.
Thank you to everyone for playing their part in today’s event.
Well done.