The money is all in - £4780.10 raised by the RotaKids Skipathon at Buttsbury Junior School. All to go to Great Ormond Street Hospital. 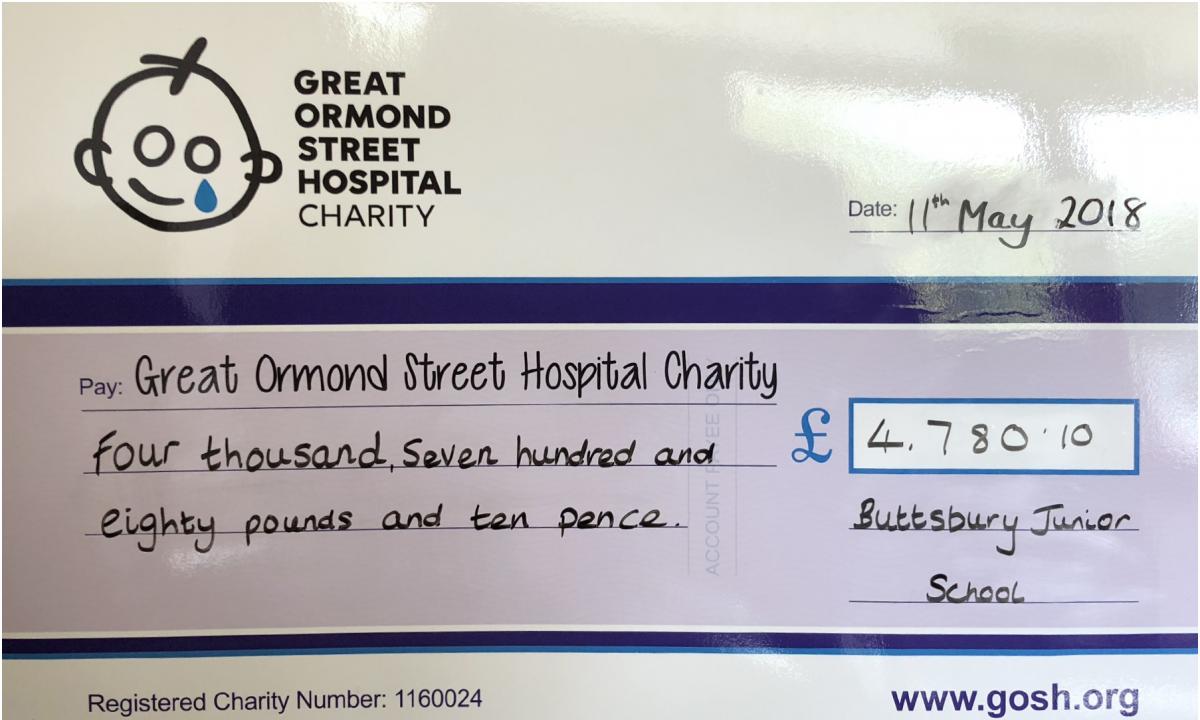 We raised this much! 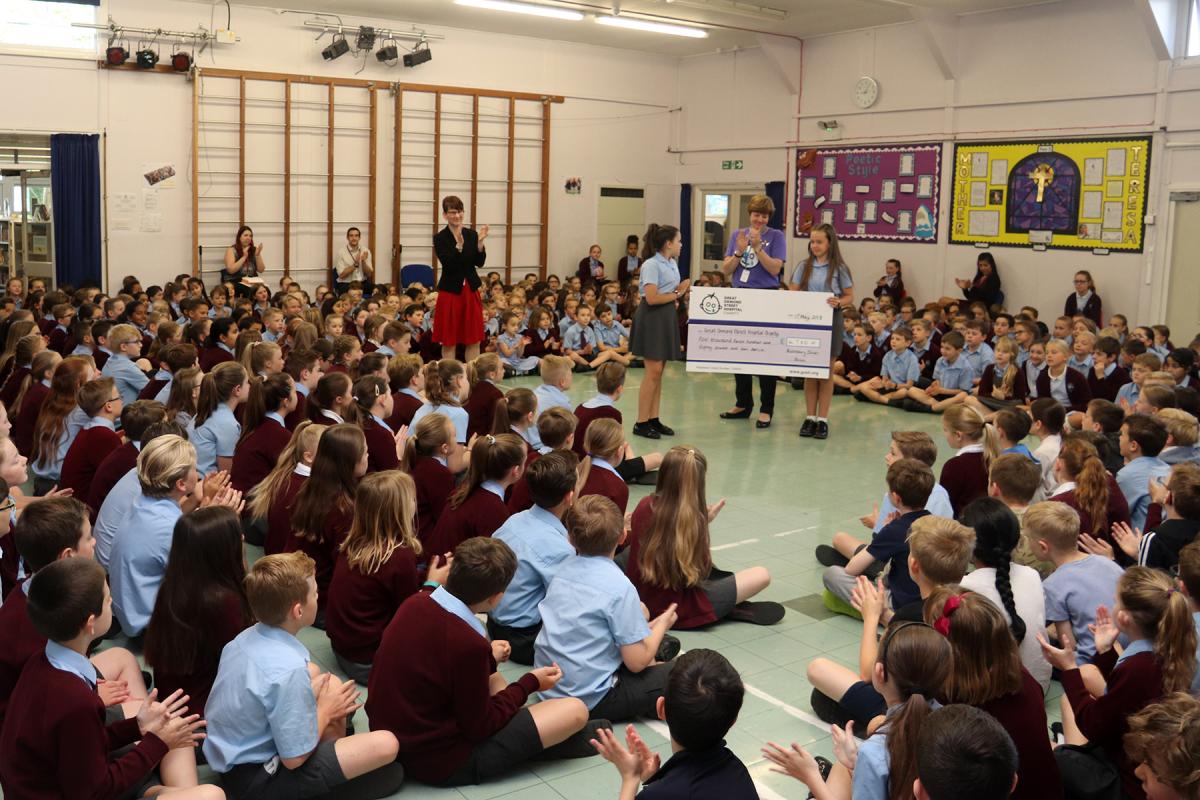 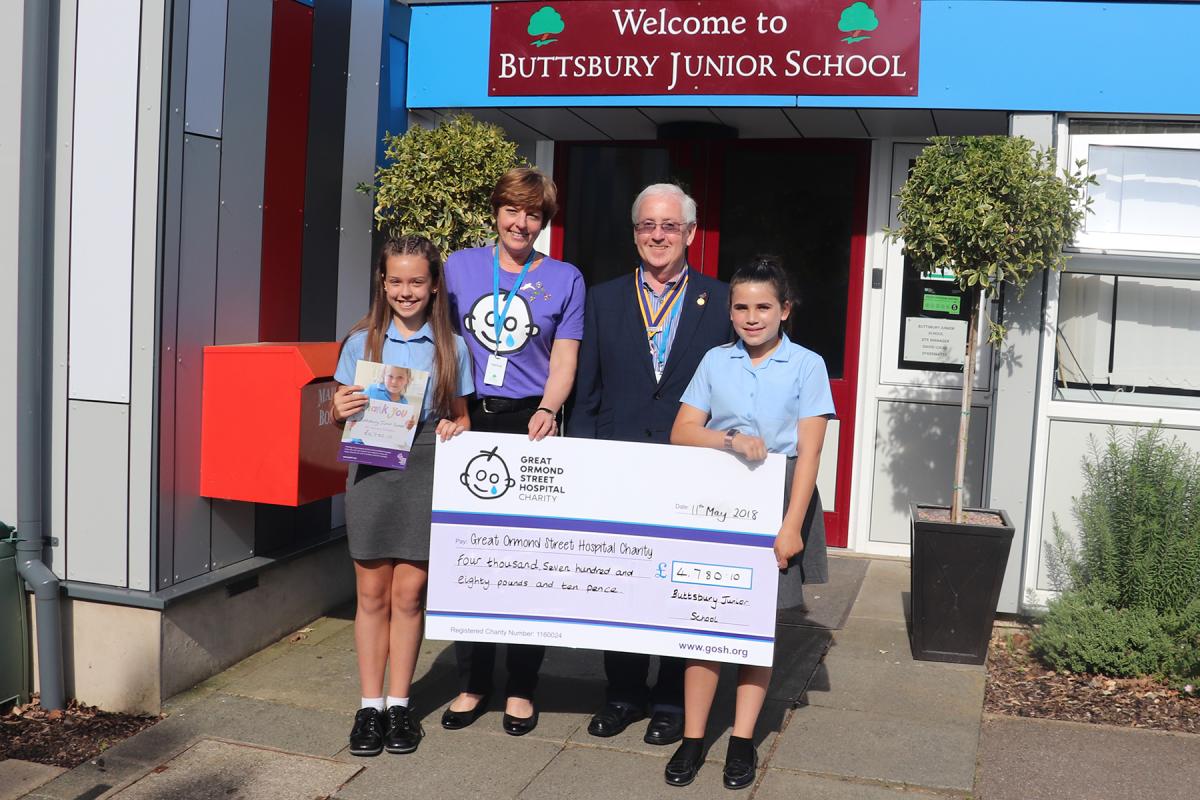 It’s getting quite a habit –  and a good habit - visiting our local schools to help them dispense money they have raised.

This time it was Buttsbury Junior School when we were invited by headteacher Ann Robinson because their RotaKids had raised money – a lot of money, £4780.10 to be precise –  for their designated charity, Great Ormond Street Children’s Hospital.

The pupils who all took part in a sponsored skip – a “skipathon” -  grouped in the school hall on May 11 to be addressed firstly by Mrs Robinson who praised the RotaKids for their efforts:

“When this was first agreed, we did not expect to raise anything like this amount.  I would have considered something like £2,000 nearer the mark.  It is a wonderful effort by you all.”

She then thanked our three representatives, Peter Greene, Mike Sinclair and Trevor Bond for “bringing Rotary to the school.”  She paid tribute to our support of the RotaKids and praised Rotary for all it does for charity.  “I had no idea you did so much” she said.

President Peter responded with parise for the RotaKids and the whole school's dedication and effort in raising such an enormous sum for thier Charity.  The cheque was presented to the guest of honour, Judy Kuhl, one of Great Ormond Street hospital’s local charity organisers by the Year 5 president and the treasurer of the Buttsbury RotaKids, assisted by RotaKids teacher-leader Lauren Pretty.  Judy confirmed that the money would be put towards the setting up of a new centre for research into rare diseases.