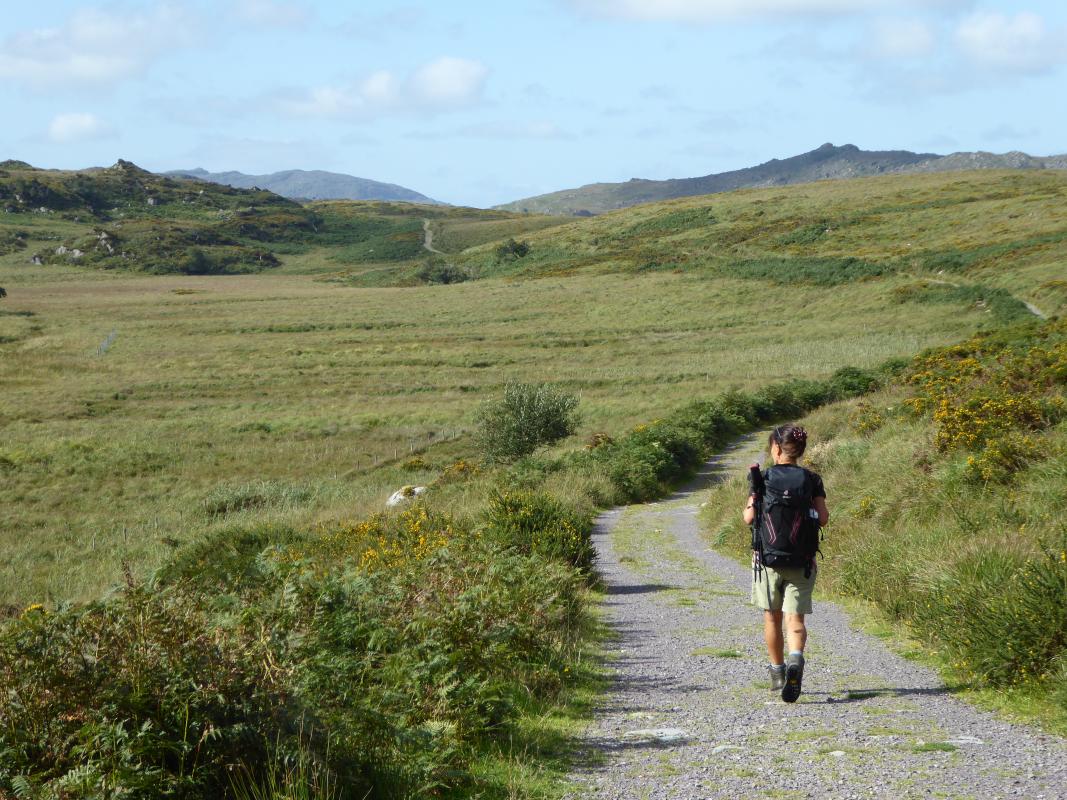 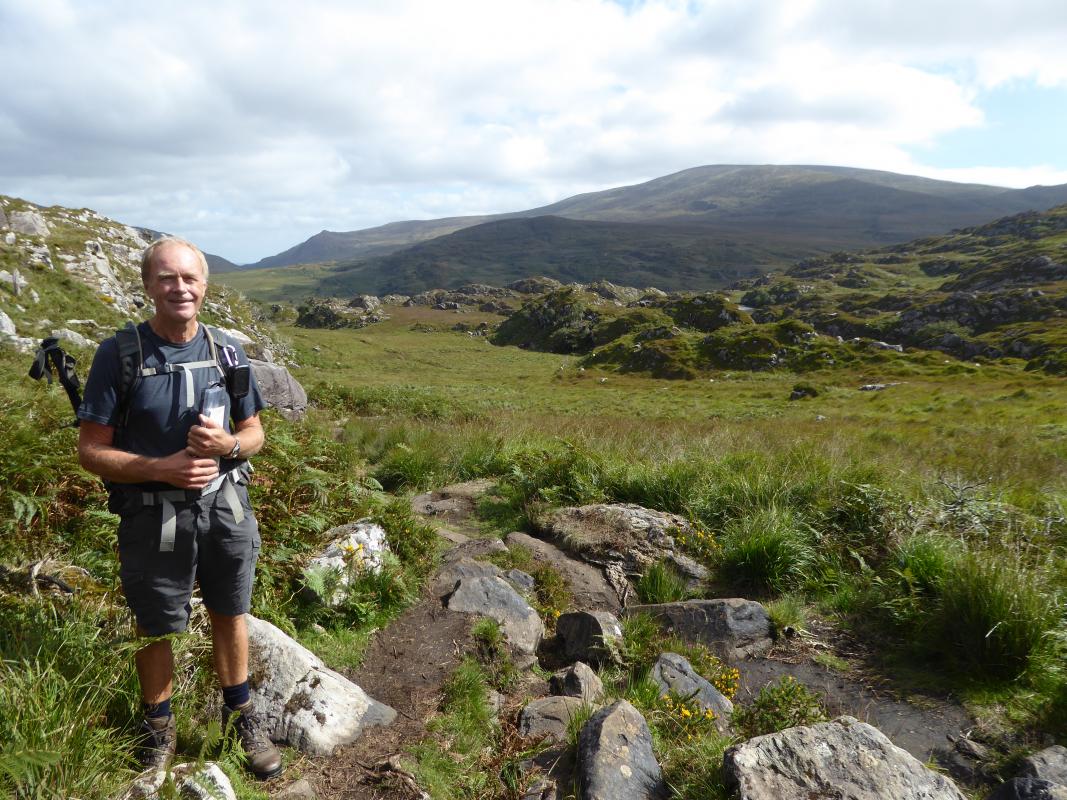 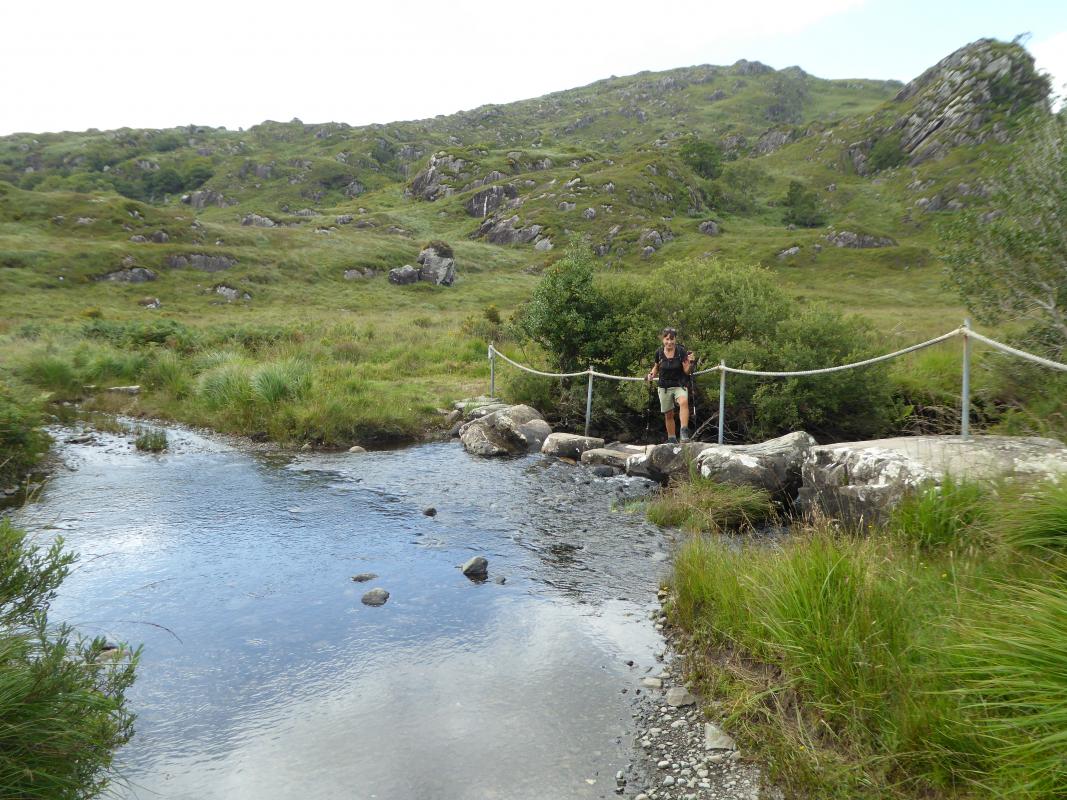 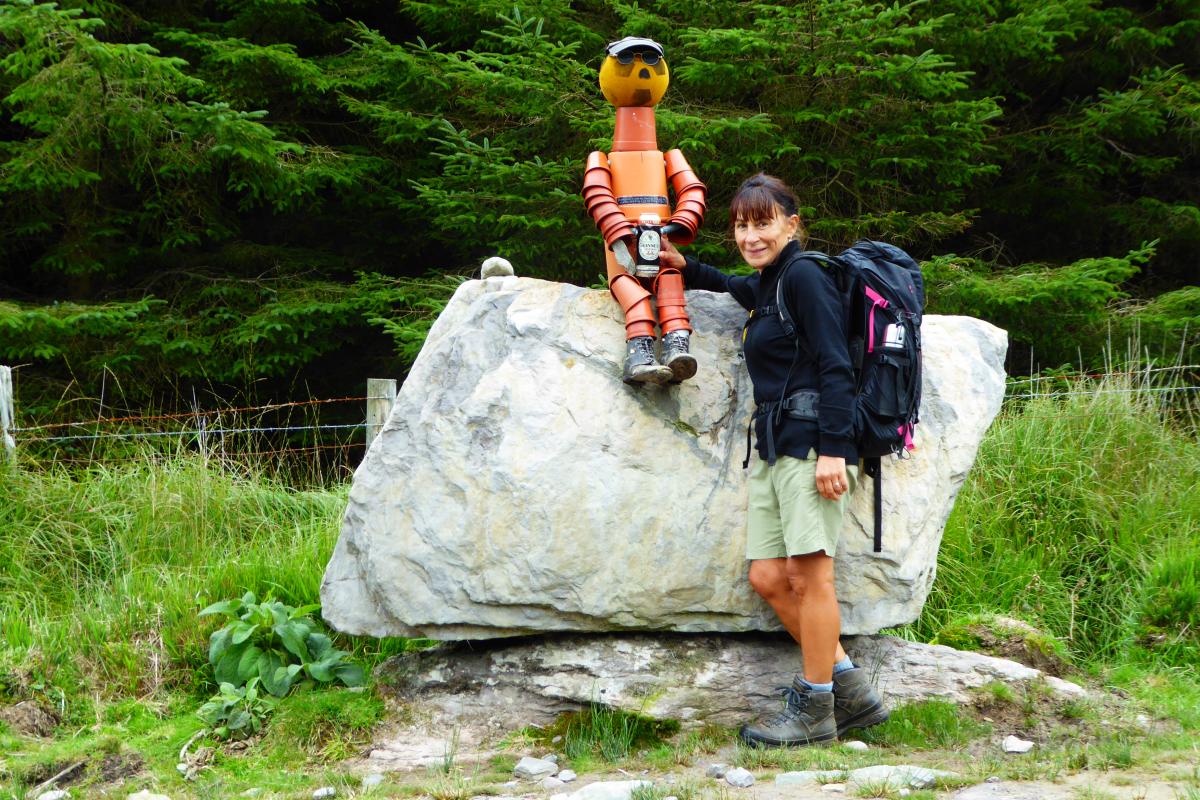 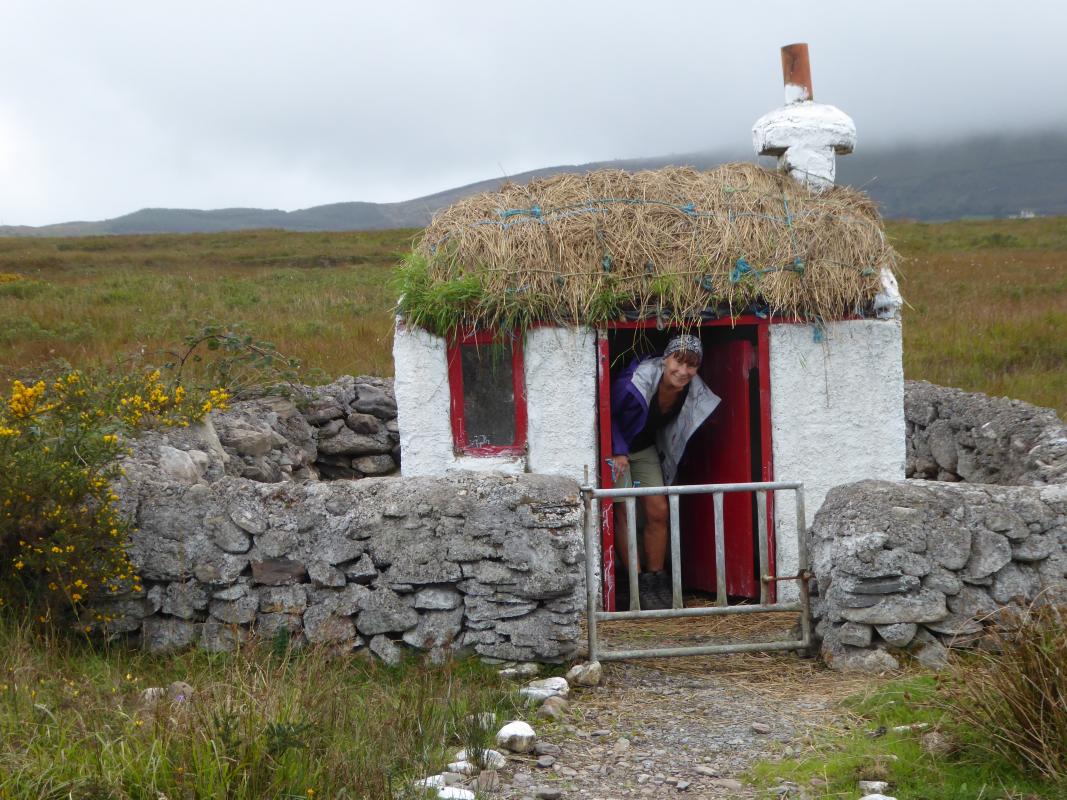 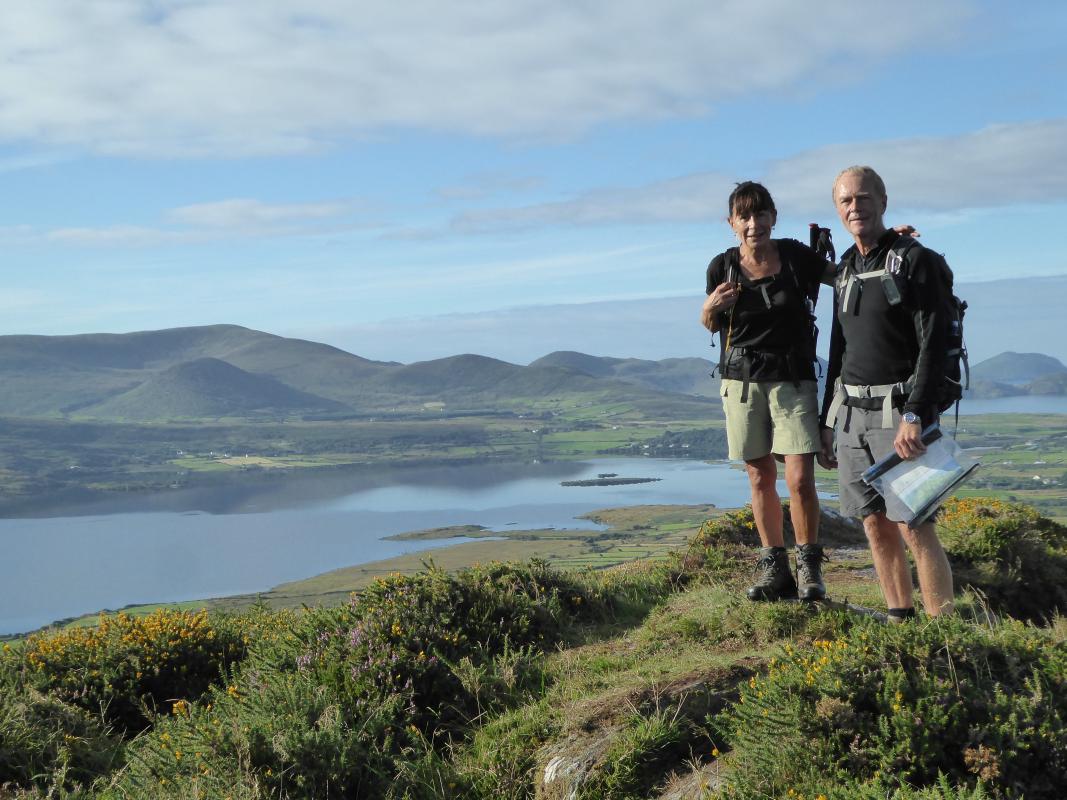 Ruth and I spent 9 days walking the 220km Kerry Way in the south of Ireland. A beautiful though fairly hard walk through the most amazing scenery. Ranging from coastal and valleys to hills and mountains with ridges and remote passes to cross.

We flew to Dublin and experienced the Brexit effect where our first pint of Guinness and a glass of house wine was almost 15 euros!

It was a pleasant journey to Killarney on their express train. It took 3 hours. The rail services are on time and very efficient.

We stayed in B&Bs and had our bags carried on each day. Our longest day (34 km!) was from Waterville to Caherciveen which was stunning. Climbing out of Waterville we walked north east along a ridge for 5 km with views of Loch Luioch on one side, Ballingskelligs Bay behind us and the mountains of An Traigh, Tteermoyye and Moing an tSamhaich in front. We then dropped down into the valley and then climbed up to another 6 km ridge going north west across a series of small peaks. The day was mostly in sun though by the end the wind became stronger and colder and the rain started for the rest of the walk. The mix of sun, shower and persistent rain was fairly typical. The accommodation was great throughout and the friendliness of the Irish was amazing. The Seafood Chowder was our favourite on the menu. The Guinenss was excellent, as were the real ale brews at the Killarney brewery!