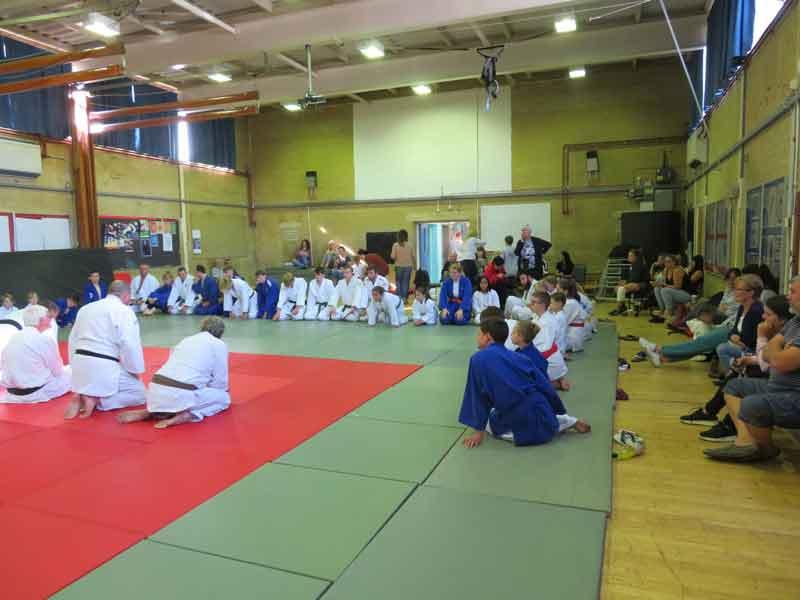 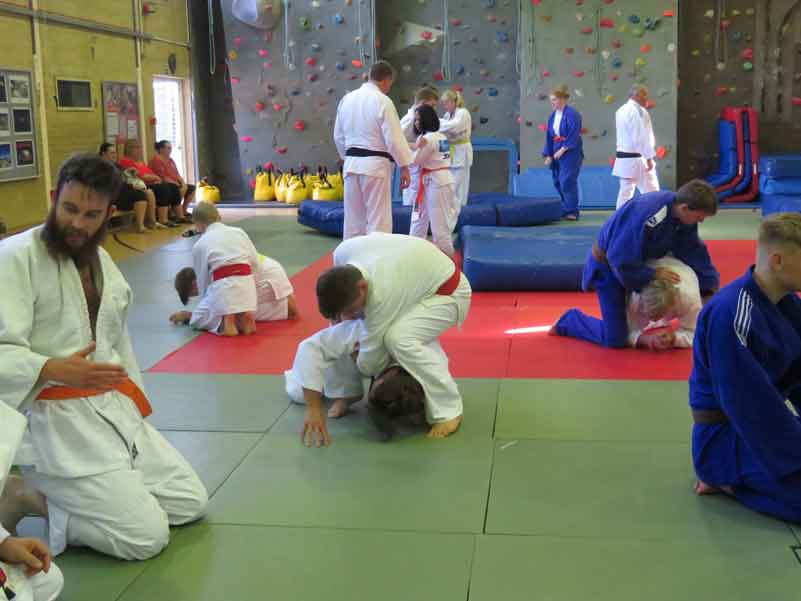 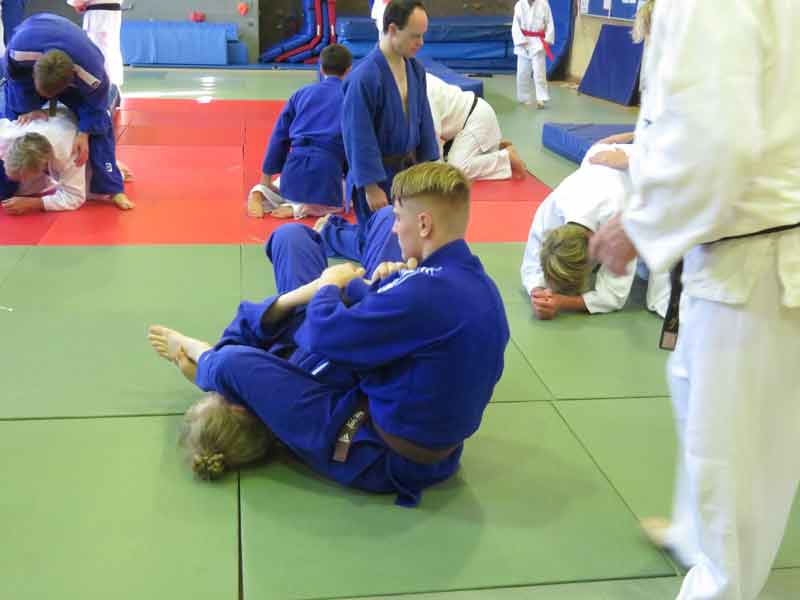 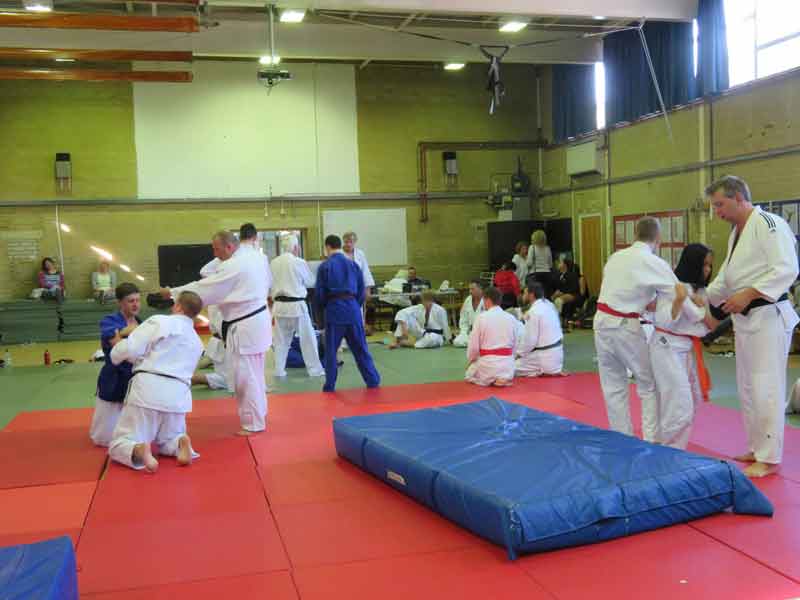 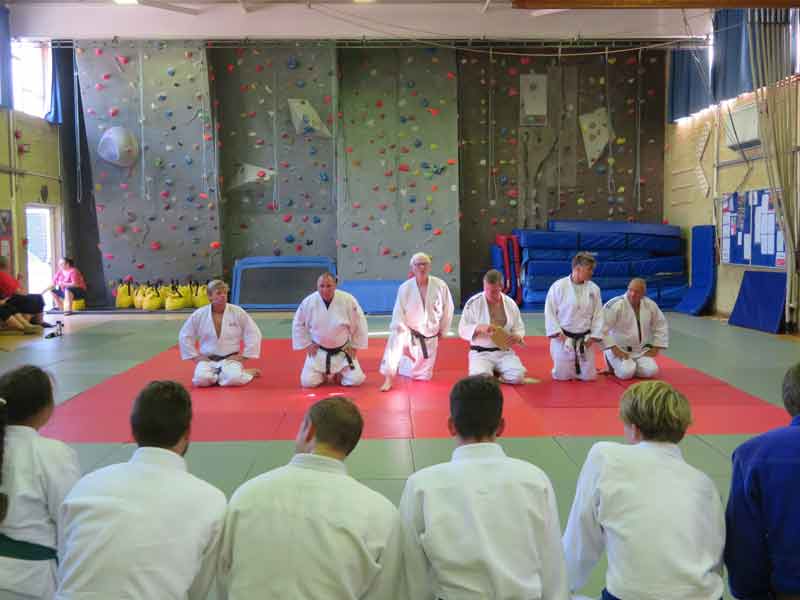 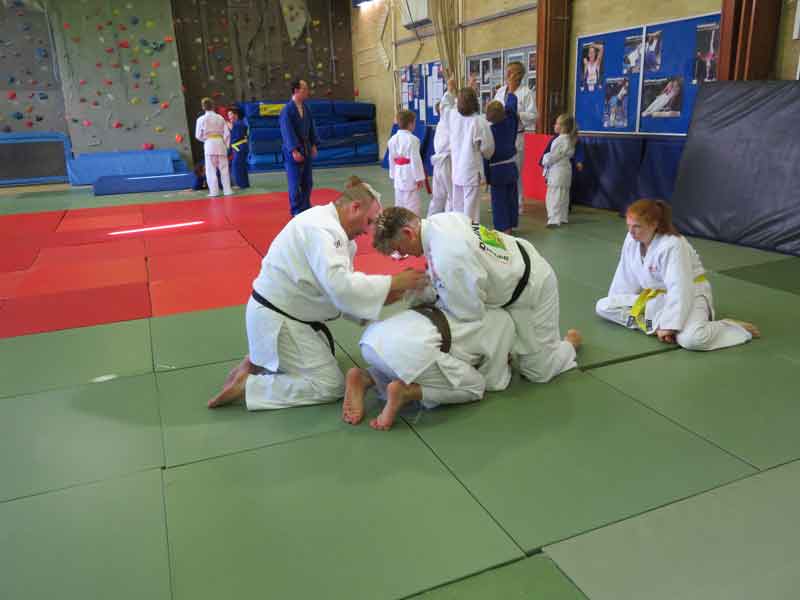 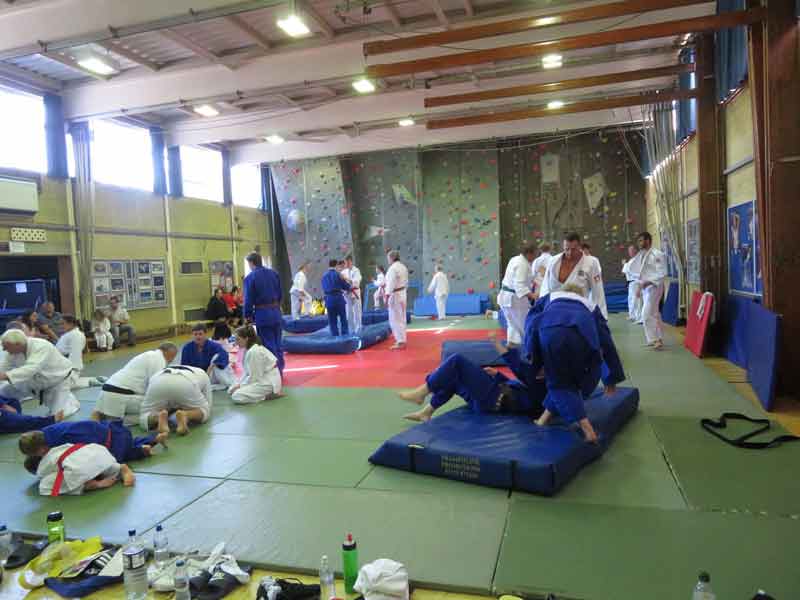 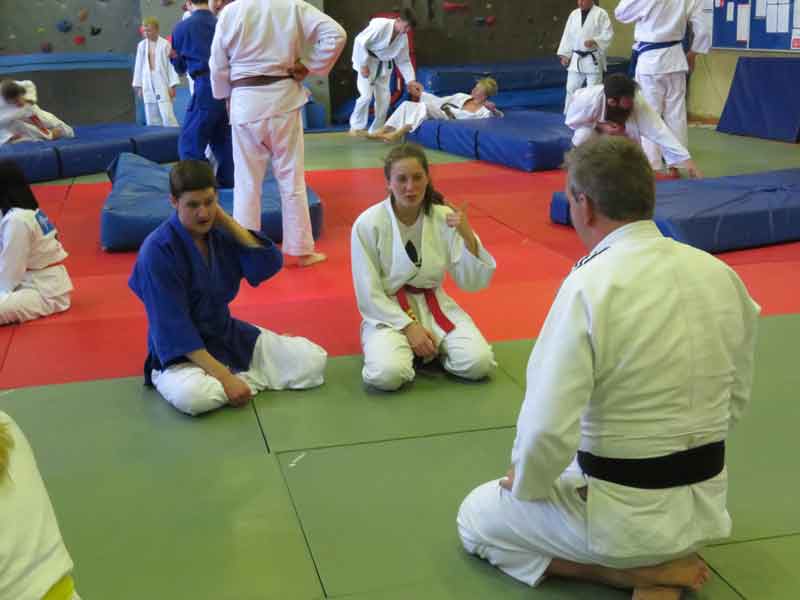 Sam Burt who received the donation on behalf of the Westerleigh Judo Club has been a volunteer at the club for thirteen years and also cares for three disabled adults at home. The club, run solely by volunteers, is an all-inclusive club teaching judo to persons with special needs.  Sam said,” Our members compete at various competitions; they’ve competed at the Special Olympics where they won a number of medals including gold. They also compete regularly in Holland at the World and European Championships. Three years ago the club bought a coach to transport the competitors and their wheelchairs. The money donated by Senlac Rotary will help with both the transport cost and to assist those competitors who struggle to meet the cost of attending the meets. We are really very grateful.”

I went to see the club in action on 15thSeptember.  I’d intended to go for twenty minutes to see the club in action and take some photographs; I stayed for ninety minutes I was so fascinated by what went on. The dedication of the instructors and volunteers is amazing and what they have taught the members and the enthusiasm they generate.is incredible. The members are receptive and have been able to produce great performances.

The Westerleigh Judokwai Club, based at Claverham School, Battle, is an all-inclusive and fully integrated club that teaches Judo to disabled children and adults. It is a sister club to the 1066 Special football club and was jointly founded in 1995 by Battle Rotarian Harold Lawrence.  Head coach Paul Everest, also a founder, runs the volunteer led club with the help of a number of instructors and administrators all of whom are dedicated to the club. There are 132 members from 5 years upwards who are taught “adaptive judo”, based on an individual’s disability. Disabilities are many and varied and include blindness, Downs syndrome, cerebral palsy, paraplegia and learning difficulties. The club teaches judo to a high standard and members regularly attend competitions in both England and abroad, they have competed at Stoke Mandeville and the Special Olympics but the main completion is that held in Beverwijk, Holland, where competitors from all over the world take part in the Special Needs Judo Foundation World and European Championships. Last year’s visit to Beverwijk when 19 club members attended produced 3 World Champions and 9 European Champions. Sixteen year old Neisha Potter-Goble who is nursing a broken wrist gained in training became World Champion last year beating both male and female competitors from Romania and Brazil. Thirty-three year old David Wilson who has Downs Syndrome was a World Champion in Holland two year’s ago and won a Silver at the British Open recently. David has been a member “Since forever”, said, “I love it here and love the coaches. I’ve nearly got my black belt and want to get as soon as I can. I love football and skiing as well.”

Head coach Paul Everest was enthusiastic about the Club, “The members are so dedicated and determined and it’s such a pleasure to teach them. Their achievements are remarkable.”

In 2015 the club was recognised as outstanding by Receiving the Queen’s Golden Jubilee Award for Voluntary Service.