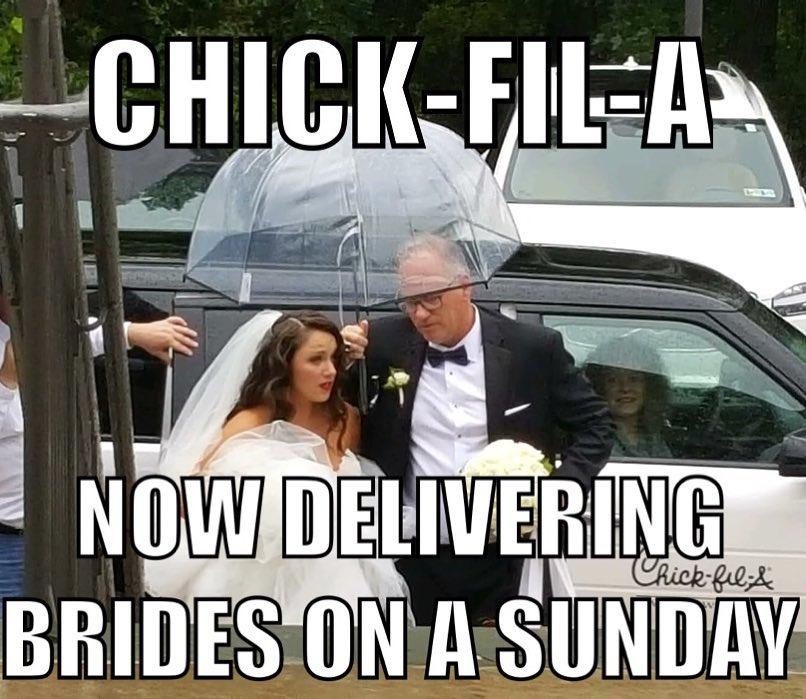 Rtn Jeff Bassett of Ashbury Park Rotary Club, New Jersey, USA is the franchise holder of Chick-fil-A, a fast food outlet and delivery service in Howell, NJ, USA underpinned by Christian principles (e.g. the restaurants are closed and no deliveries are made on Sundays to allow staff to rest and/or attend church).

On Sunday 23rd September 2018, having attended Church service, Rtn Jeff and his wife Jessica were just leaving the Homelessness Shelter in Asbury Park, where he had once again provided surplus food from his restaurant for the residents – as he has done every Sunday for many years - when he spotted, across the four-lane freeway (equivalent to a dual carriageway), a broken down vintage white Rolls-Royce. The vehicle’s electrics had failed in the driving rain!

Thinking that he recognised the vehicle as the one, which by a remarkable coincidence had 8 years to the very day previously, transported him and his daughter to her own wedding, he sprinted across and offered assistance. This resulted in these “Good Samaritans” driving the bride (Kaitlin) and her father (Rtn Nick Narlis of Branchburg Rotary Club, NJ, USA) to St Denis RC Church, Manasaquan, NJ, USA - some 20 minutes out of their way.

Rtn Phil Emmott of Bury Rotary Club reports that his son Tim was standing nervously at the altar awaiting his bride and knew something was wrong by the furtive whispering. Hence we were all greatly relieved when Kaitlin and her father arrived, albeit slightly late!!

Rtn Jeff refused all offers of reimbursement and was unable to stay for the church ceremony or attend the reception because he was late for a family commitment – we now know that was his daughter’s 8th wedding anniversary party!

Rtn Nick says “Rtn Jeff really saved the day and although Chick-fil-A might not delivery chicken meals on a Sunday, they do a very fine job of delivering brides!!”

Pictured are Kaitlin and her father Nick arriving at the Church