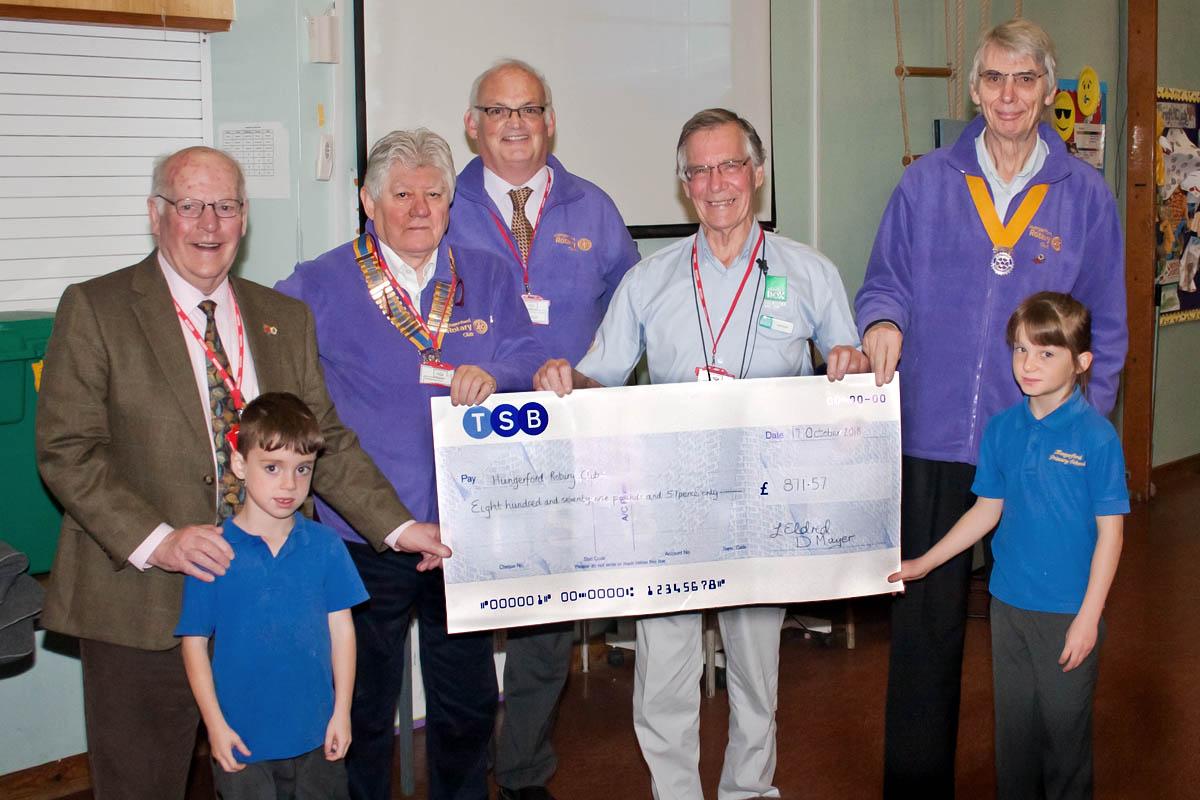 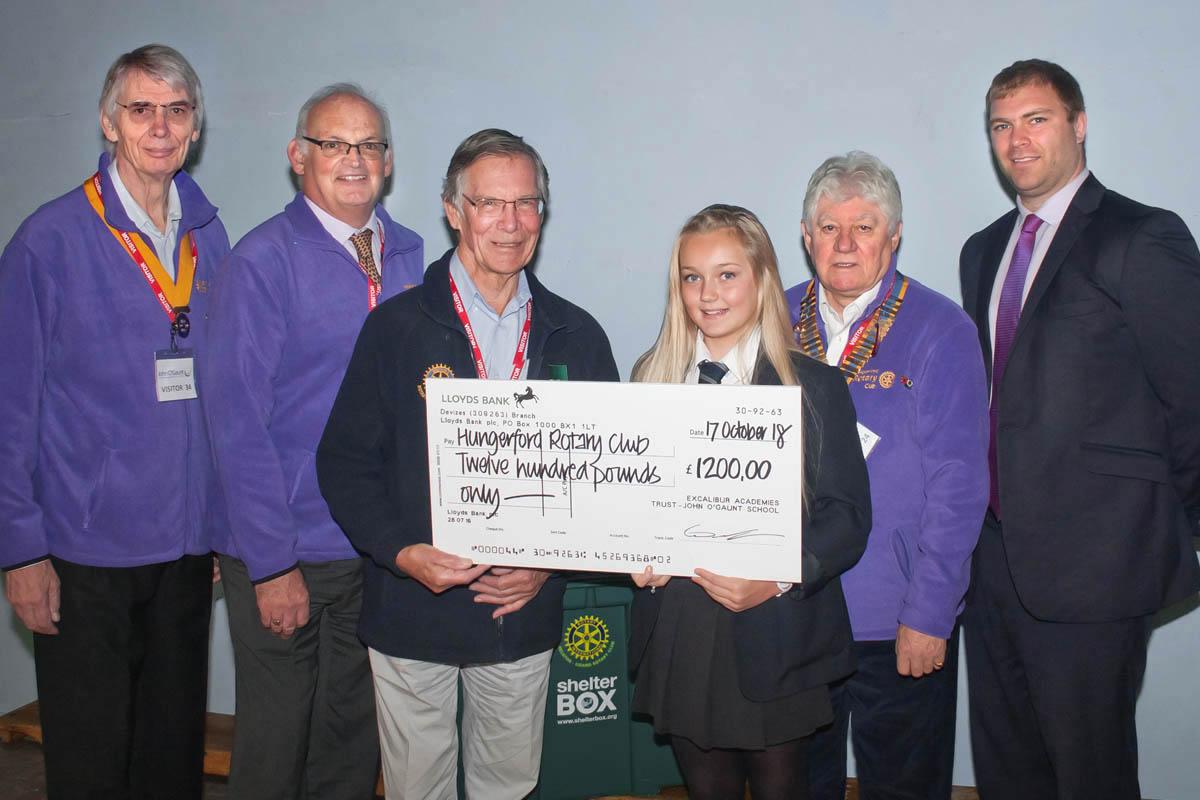 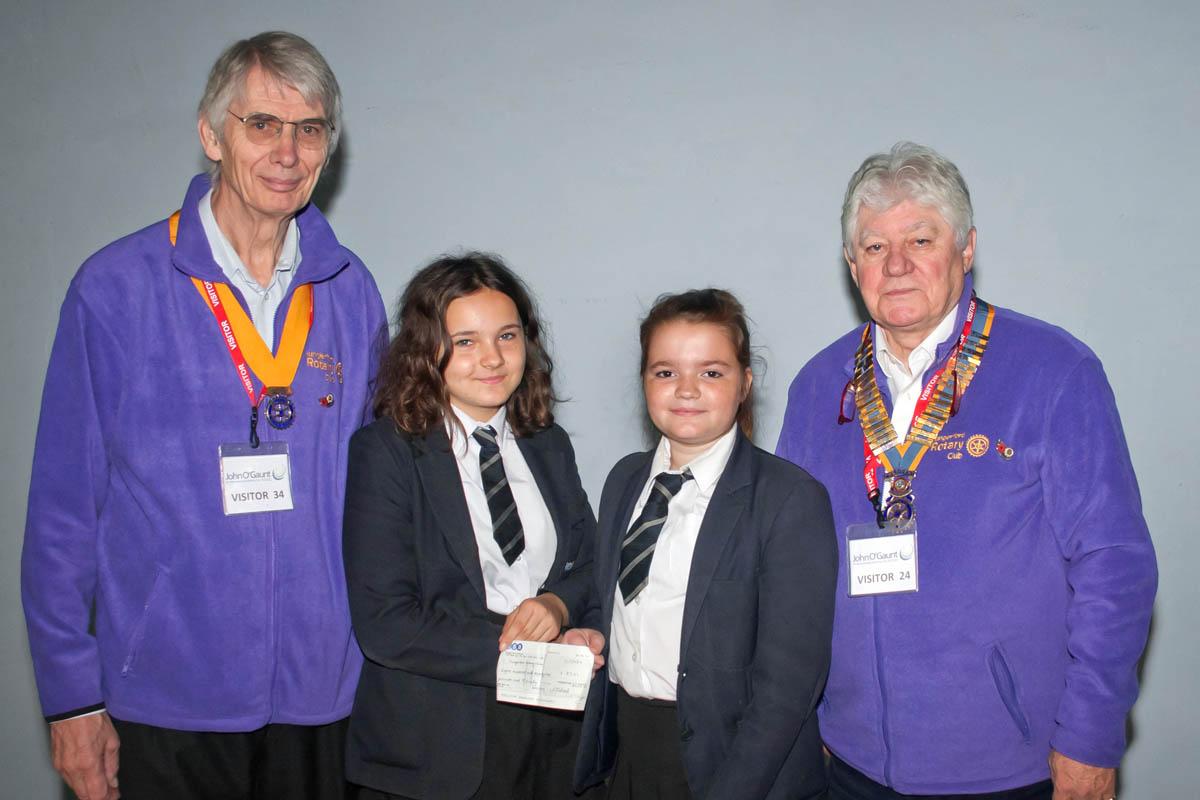 After a demonstration of the workings of Shelter box, the pupils of Hungerford Primary school decided to stage a number of events to raise money for a life saving shelter box which are so vital in areas where natural disasters, such as the recent one in Indonesia, have occurred. These events included an Xmas Jumper Day, a collection at the Christmas production and a Children's jumble sale. In the end they raised nearly £900 and Hungerford Rotary Club added to this to enable to school to fund two of these boxes which will be sent to areas of the world where they are desperately needed.

Earlier in the year, John Smart of Thatcham Rotary Club, the local organiser for Shelter box, took one of these life saving units to The John O'Gaunt school to show it to the pupils. The pupils then arranged a sponsored walk to raise money to fund a shelter box to be sent to areas in the world where natural disasters had occurred such as the recent Tsunami in Indonesia. They managed to raise £1200 towards the project and were able to fund two shelter boxes. The cheque was presented to John by Tiegan Henderson who raised the most money from sponsorship on the walk.

Maddy Lewis and Libby Hopkins were presented with a cheque for £250 from Hungerford Rotary Club to help pay expenses for them to take part in a guides initiative for the people of Ghana. This will include helping to decorate an orphanage to make it more homely for the children, as well as presenting various gifts from the U.K. to the people of Ghana.