Students at The Marches follow up their Polio campaign briefings to plant crocuses. 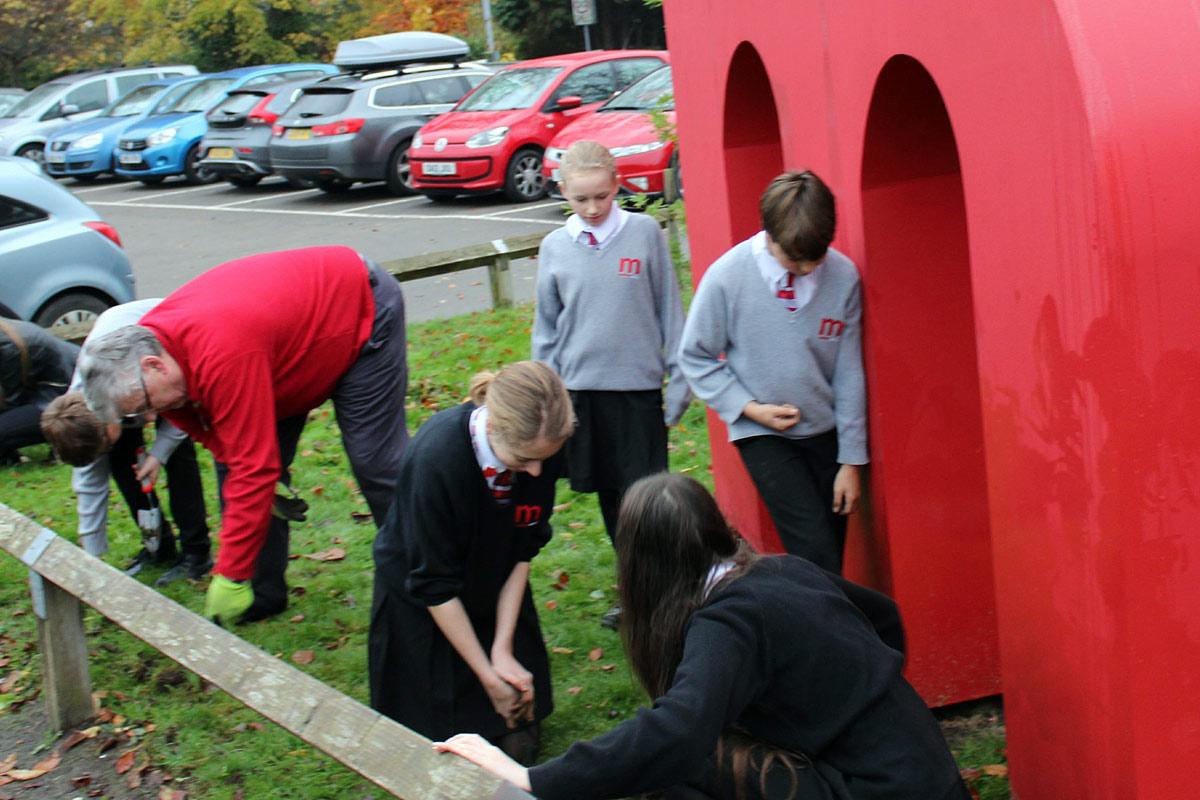 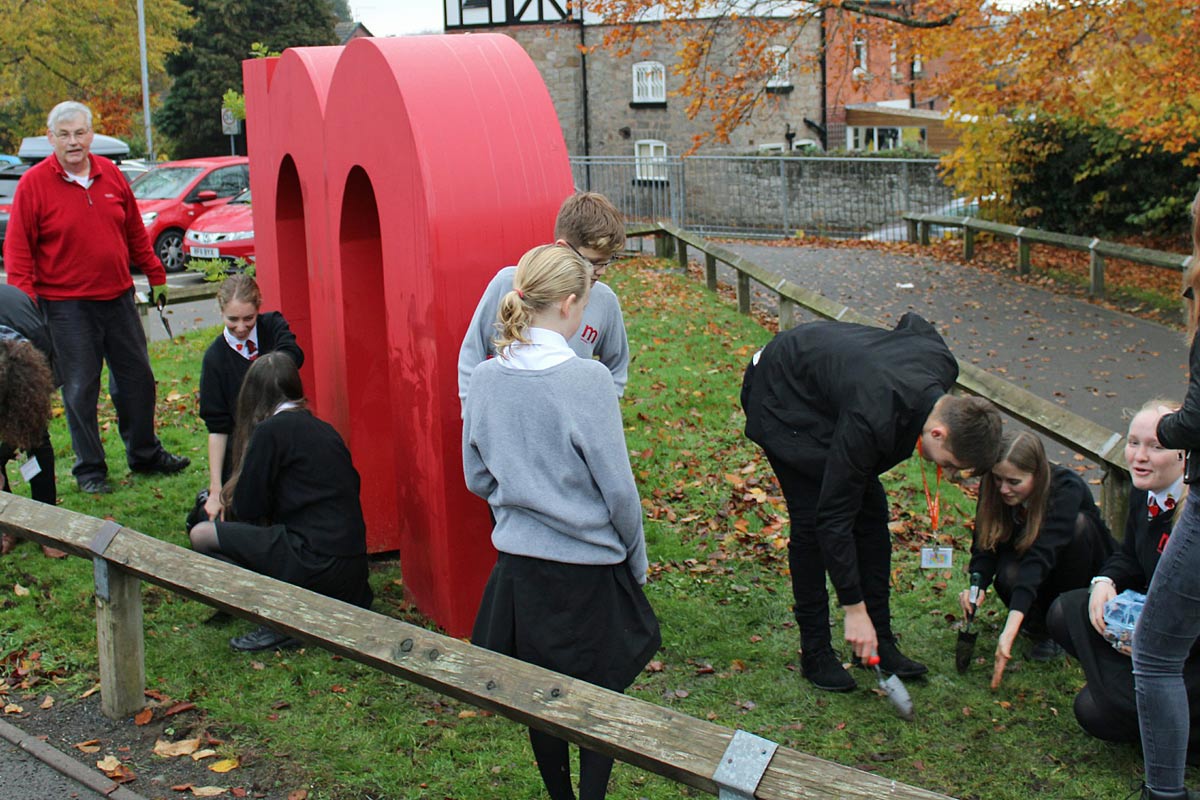 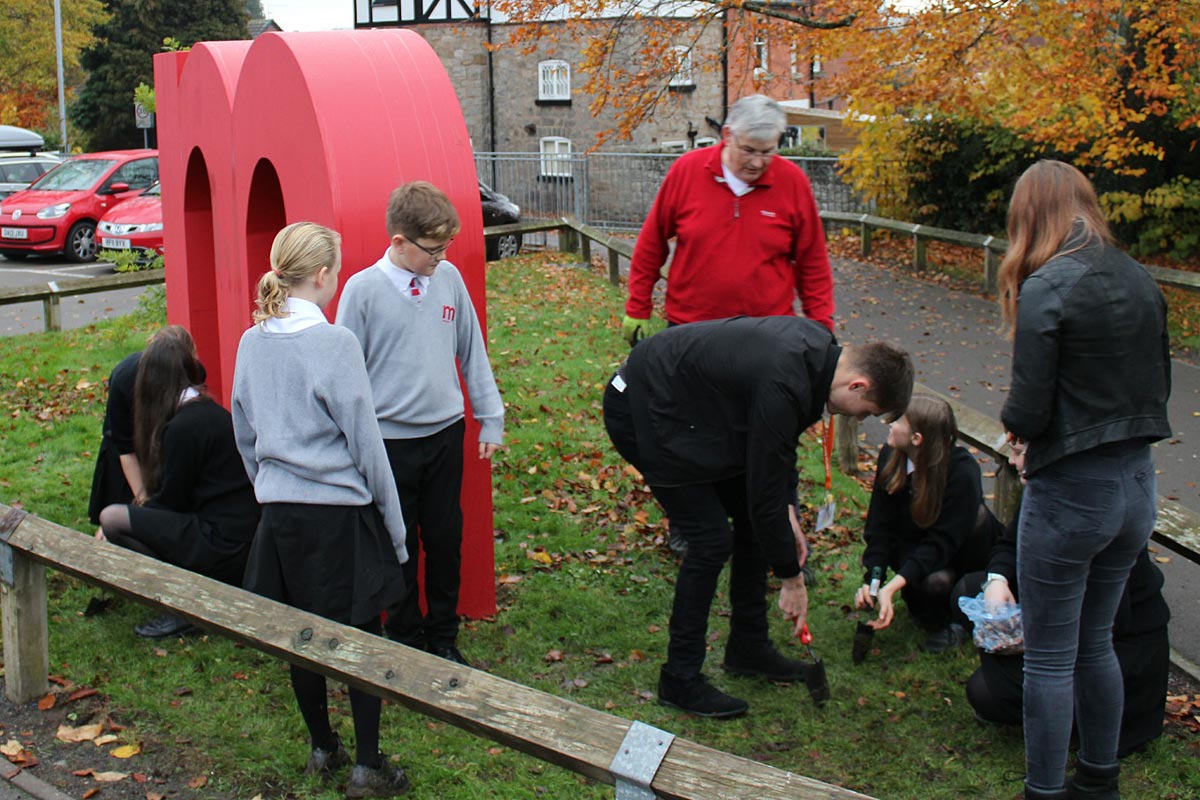 World Polio Day took place on Wednesday 24th October and the Marches School and the Oswestry Rotary Club combined to raise awareness and the importance of eradicating the serious viral disease, which attacks the nervous system, usually of children under the age of 5.

The school welcomed Mr. Justin Soper from the Rotary Club to speak in assemblies to every student from Year 7 all the way to Sixth Form to inform the students that Polio has nearly been eradicated, but without raising money and providing immunisation vaccines, cases will increase again. In 1985, there were 126 countries in the world, which had 350,000 confirmed cases, but due to sustained efforts from charities such as the Rotary International, Unicef and Save the Children, this has been reduced by 98 percent.

Over the weeks before World Polio Day, the Marches School sold badges in the shape of a purple crocus to the children, and for just £1, a badge helped save the lives of two children, which was matched by the rotary, so in effect, it saved the lives of four children. Then on Thursday 25th October, the Marches School hosted a non-uniform day, with close to £950 going towards the wonderful cause.

When the students returned from half-term, they, along with Mr. Soper, planted 5000 purple crocus bulbs at the front of the school, which are due to flower in the spring.

Mr. Justin Soper, from the Oswestry Rotary Club, commented: “The students at the Marches School have been a joy to work with. They have been enthusiastic, attentive and incredibly helpful. They have contributed fantastically to help eradicate a dreadful disease and to make the world a better place. Having planted over 14,000 crocuses over Oswestry in the past two years, we are determined to turn Oswestry purple next spring”.

Mrs. Alison Pearson, Headteacher of the Marches School, added: “We have been overjoyed to support such a wonderful and caring initiative that the Rotary Club brought to us, and we would like to thank the students at the school for being so supportive of the cause. We raised a fantastic amount of money and it brings a huge sense of pride that it has gone towards helping save the lives of children”.