Members of Barnstaple Link club got their green fingers active by planting 250 purple crocus corms at the entrance to the Children’s Hospice, Little Bridge House with the help and supply of corms from Nick Oliver of St John’s Nursery. 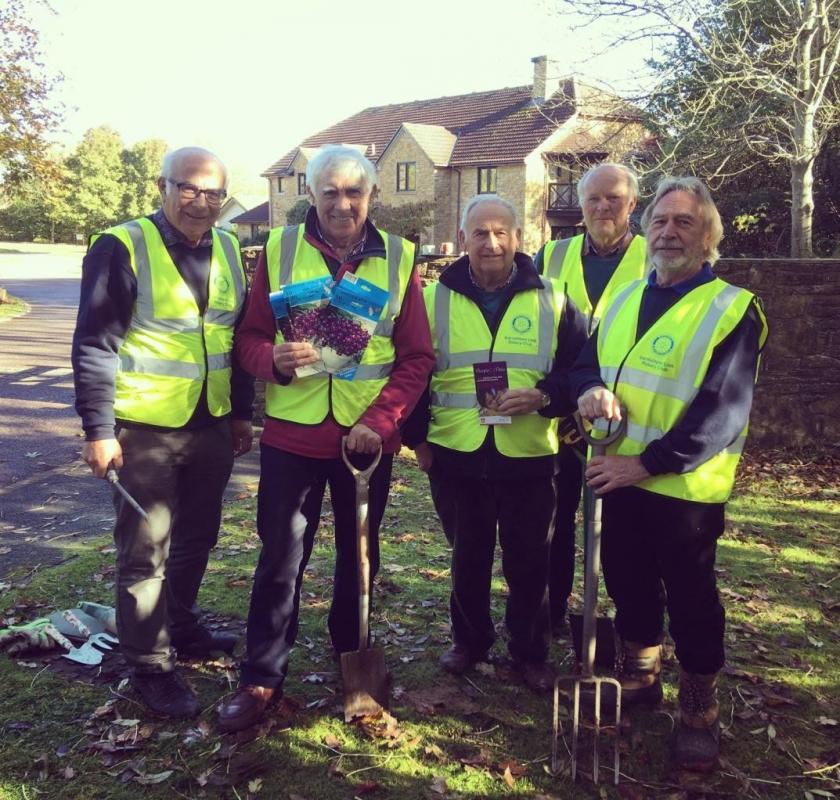 Rotary members throughout Great Britain and Ireland held Purple4Polio events to raise awareness and donations for the Rotary campaign to End Polio Now and forever.

Members of Barnstaple Link club got their green fingers active by planting 250 purple crocus corms at the entrance to the Children’s Hospice, Little Bridge House with the help and supply of corms from Nick Oliver of St John’s Nursery.

The purple crocus has become a symbol of Rotary’s fight to end polio, as the colour purple represents the colour of the dye placed on a child’s finger to show they have been immunised against the disease. Across the country almost 2.5 million purple crocuses will be planted around World Polio Day, adding to the millions planted in recent years, which will bloom into a carpet of purple next spring.

Since Rotary and its partners launched the Global Polio Eradication Initiative (GPEI) over 30 years ago, the incidence of polio has plummeted by more than 99.99%, from about 350,000 cases a year in 125 countries to just 22 cases in 2017 and with just three remaining polio-endemic countries: Afghanistan; Pakistan; and Nigeria. Whilst tremendous progress has been made, the final steps on any journey are often some of the hardest and 2018 has been far from easy, with 14 cases in the first eight months of the year. However, extensive global environmental sampling around the world has made highlighting and mobilising against threats to eradication easier, more targeted and often more effective. This reemphasises the challenges facing the world in ensuring that polio becomes just the second human disease ever to be eradicated. The end is very much in sight and Rotary has committed to raising US$150 million between 2017-20 in support of global eradication efforts.

The Bill & Melinda Gates Foundation will match Rotary’s commitment 2:1 so every £1 becomes raised £3. Without full funding and political commitment, this paralysing disease could return to previously polio -free countries, putting children everywhere at risk, including the UK.