November and December have been very busy from WW1 Commemorations to Search Dogs and Little Red Riding Hood and the Wolf! 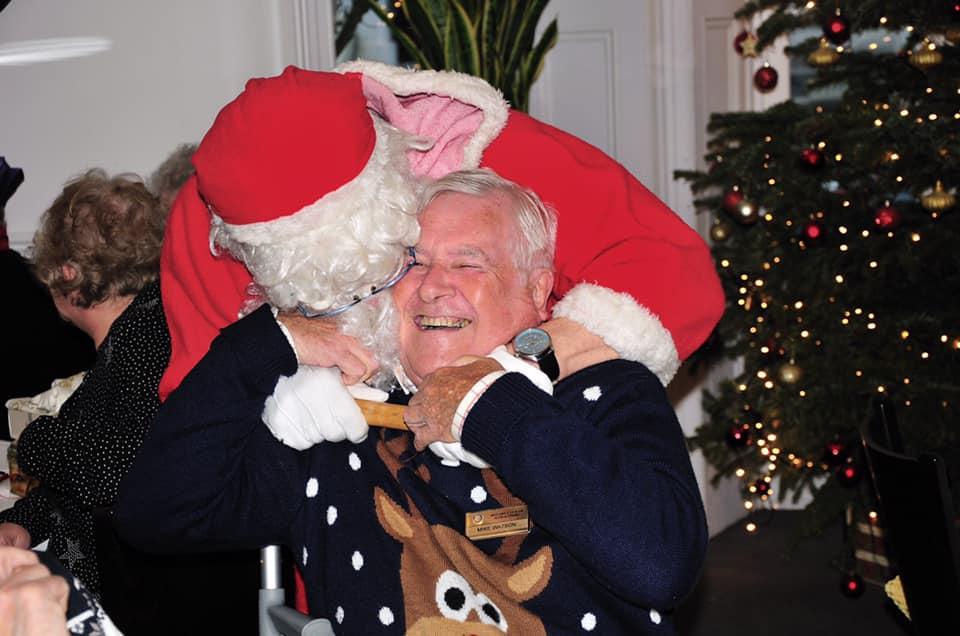 On possibly one of the wettest days of the year, stalwart members were out on the streets of Ambleside collecting on behalf of the Royal British Legion Poppy Appeal. It’s always a pleasure to be involved with the street collection at this time of year. Heart-warming too that members were offered soup and coffee by local shops and the general public. Service above self on two counts. We are still awaiting news of the amount we collected.

We were delighted to host the Ambleside Oral History Group in commemorating the centenary of the end of World War One with a presentation at St Marys Church on the Friday preceding Armistice Sunday. A packed church heard a moving account from the Oral History archive of voices of those who fought during the war. Others who lived in and around Ambleside during WW1 told of the deprivation and impact of the war on their family lives. These residents were interviewed a number of years ago providing the archive with an invaluable record of local life during those momentous years. Over £1000 was raised from the presentation for the local Royal British Legion Poppy Appeal, to help continue the vital work the legion provides towards financial, social and emotional support to members and veterans of the British Armed Forces, their families and dependants.

PE Charles Flanagan laid a wreath at the War Memorial on Remembrance Sunday.

The following week we were back at Marys Church to help with Theatre Voices Concert in aid of Children in Need. Over £700 was raised directly by Theatre Voices + £100 from the clubs refreshment stall.

Not to be content with just helping on Friday evening we were all back on the streets on Saturday for the ever popular Christmas Lights & Lantern Parade. Over £2600 (a record amount) being raised this year. The parade, fancy dress, especially from our wonderful members, and the fireworks finale were all magnificent. The clubs first attempt at a Human Fruit Machine also proved a very popular stall. Thanks to Phil for his expertise in creating a wonderful ’Machine’. Definitely something to repeat at other charity events!

We were very grateful to Ursula Brendling for stepping in at short notice when our booked speaker was ill. Ursula has over 25 years of experience of personal training, either in group sessions or on a one to one basis. She runs short fitness walks for those not used to walking, or recovering from illness, operations etc alongside chair exercises for older members of the community. We were all given a ‘quick’ work out while sitting and standing from a chair – yes we were breathless! We’ve all promised to balance on one leg while brushing our teeth in future!

Will & Meriel arranged for a most interesting talk from Christyne Judge, a member of Coniston Mountain Rescue team and a search & rescue dog handler. Along with slides of her rescue work we also met her two dogs, and learned about the important role they play in searching for missing hill walkers, and members of the public who go missing in rural areas of Cumbria and neighbouring counties.

Locals and visitors will all have been aware of the mammoth building project at Low Wood Bay over the last couple of years. Gill arranged for us to visit the site with a guided tour of the new building followed by a most informative presentation from Ben Berry, the fifth generation of the family to be involved at the hotel. Ben is following in the footsteps of his Grandfather, Michael, his Dad, current Chairman and Managing Director, Simon, and his Uncle Tim.

To complete our December programme we enjoyed a Christmas Meal at The Waterhead Hotel followed the next week with a social evening at the home of Mike & Gill. Our Rotary SGM was held in record time before moving on to member's stories behind the various Christmas items they had brought along.

Thanks to all our members for making our club such a friendly, supportive and hardworking club - the proud envy of many other service organisations.

Wishing all who read this a VERY HAPPY CHRISTMAS AND A PEACEFUL NEW YEAR.