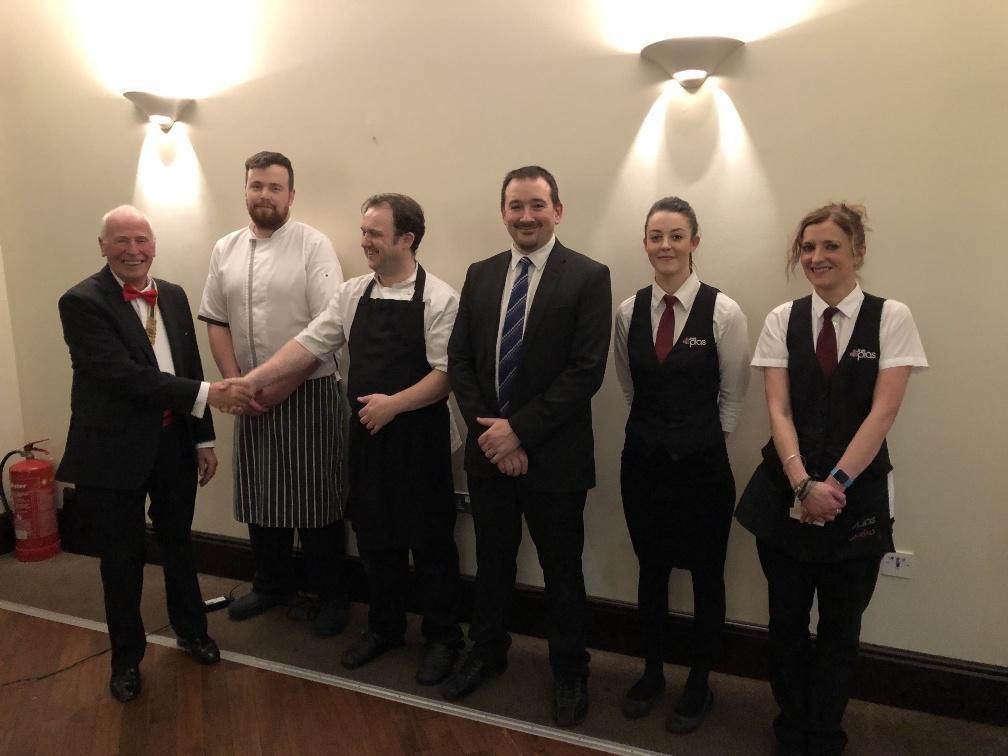 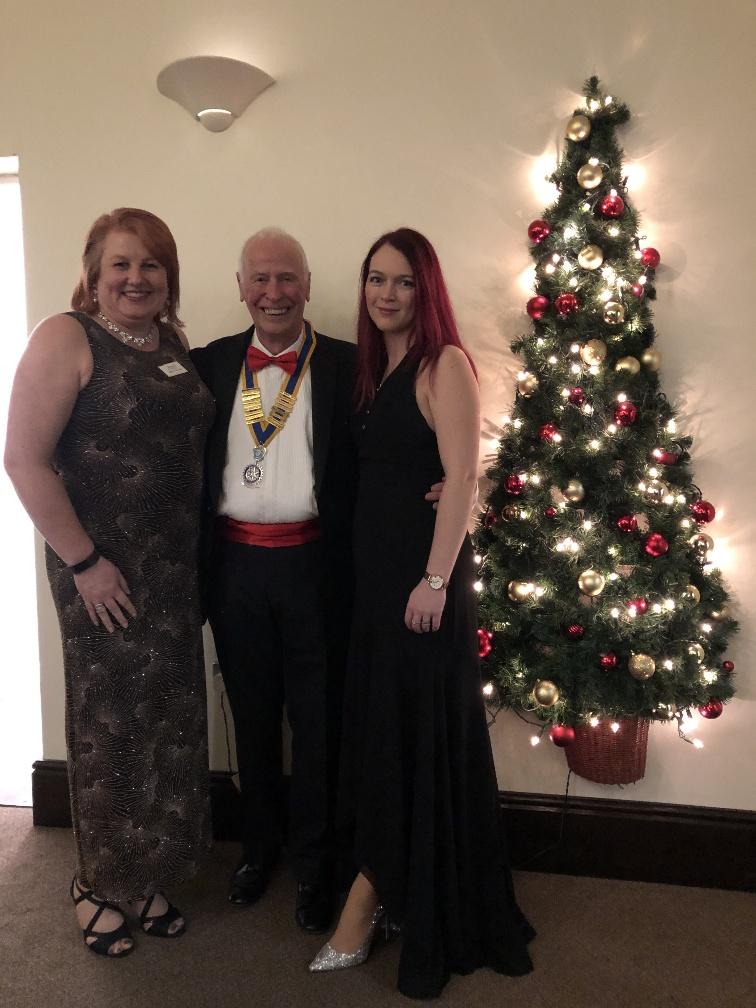 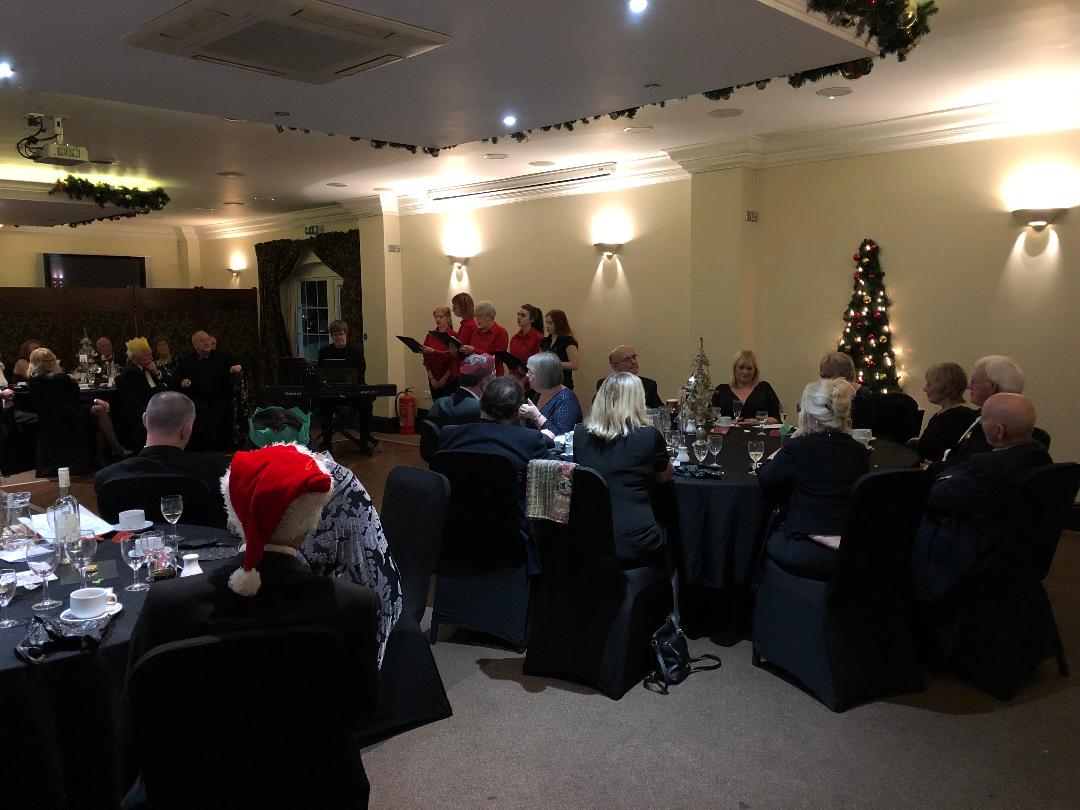 Previous Next
Show related pages
At the recent pre-Christmas Dinner Evening for The Narberth & Whitland Rotary Club diners were delighted to see President Tony Ensom inducting two young female members into the club's membership. These ladies were: Kirsty Willing proposed by Rotarian John Hughes who gave a brief summary of Kirsty's previous involvement in other charitable groups; and, Sarah Gately-Preece proposed by Rotarian Robbie Burns who outlined Sarah's business interests and previous charitable fund-raising.
Both ladies had attended many meetings in the past few months to get to know members and learn more about the club's social and community activities. The club now has a total of 30 members of whom 11 are ladies. During the evening two guests who had been members of Rotary some years ago also indicated that they are thinking of re-joining. So the club's prospects certainly look good for the New Year.
After the excellent three-course Christmas Dinner President Tony asked the Kitchen staff, waitresses and General manager to join him so that he could offer thanks to all of them for their superb service during the past year. He remarked that "The Plas staff always look after us so well, so as a token of our appreciation we have a gratuity fore you all to share".    He then presented a generous cheque to the recently-appointed Head Chef Karl Jones-Hughes who was flanked by The General manager Mr Tim Commons and the other members of the catering team.
The evening was rounded off with a superb performance by the West Wales Show Choir. They were led by their mentor and accompanist Mr Clive Raymond. The five female singers gave an excellent rendition of various traditional carols interspersed with some songs from Broadway's Musical Hits. Angharad Raymond and Stacey Etherington both sang solos with aplomb which was warmly applauded by the audience.
In all it was a memorable occasion for all present that evening. 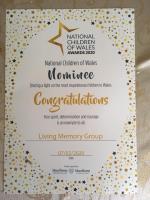 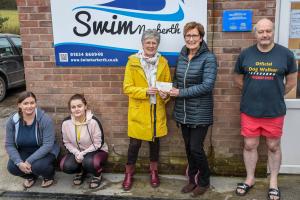 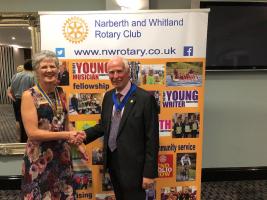 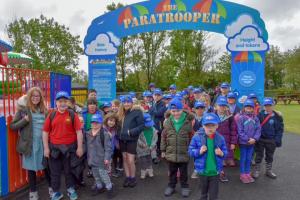 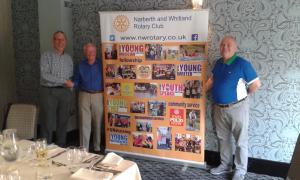 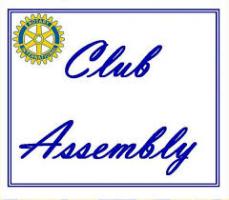