At Ryde Rotary’s meeting we were presented with a cheque for local charities and good causes. Nothing unusual in that, but this cheque came as a result of the generosity of Sir Paul McCartney and there is an interesting back story.

Phil Hancock, who presented the cheque, is a former member of Ryde Rotary and for several years from the 1960s worked as a Sound Engineer at the famous Abbey Road Studios in London where he met many of the top bands of the day including the Beatles. While working with Paul McCartney, Phil was given a limited edition album that he has kept until recently.

Phil found the album during a clear out when he and his wife moved house and it made him think about a wager he had made with another former Ryde Rotarian, Mike Turner, now sadly deceased, to donate some money to Ryde Rotary.

Phil contacted Sir Paul to tell him about his plan to auction the album and suggested that the edition of a signature on the sleeve would considerably enhance its value. Sir Paul readily agreed and confirmed that he would be happy for the proceeds to be distributed to charities and good causes in the Ryde area. The amount received at auction enabled Phil Hancock to present Ryde Rotary President Mike Jukes with a cheque for £1500 and there were sufficient further funds for Phil to make generous donations to two other charities close to his heart.

Mike had the honour of writing a letter of thanks on behalf of Ryde Rotary and Phil confirmed that Paul McCartney personally reads and appreciates all such correspondence.

The picture shows Phil Hancock on the left presenting Ryde Rotary President Mike Jukes with the cheque for £1500 at a Rotary meeting on 29 January 2019. 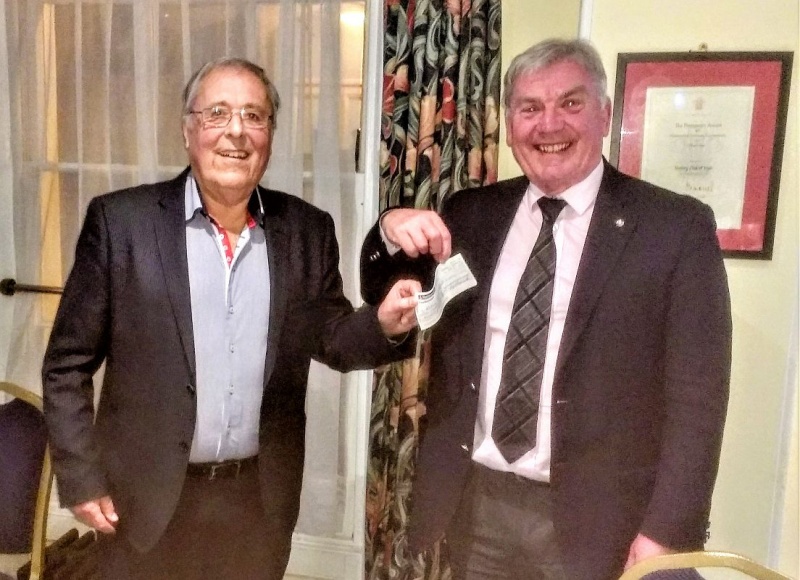