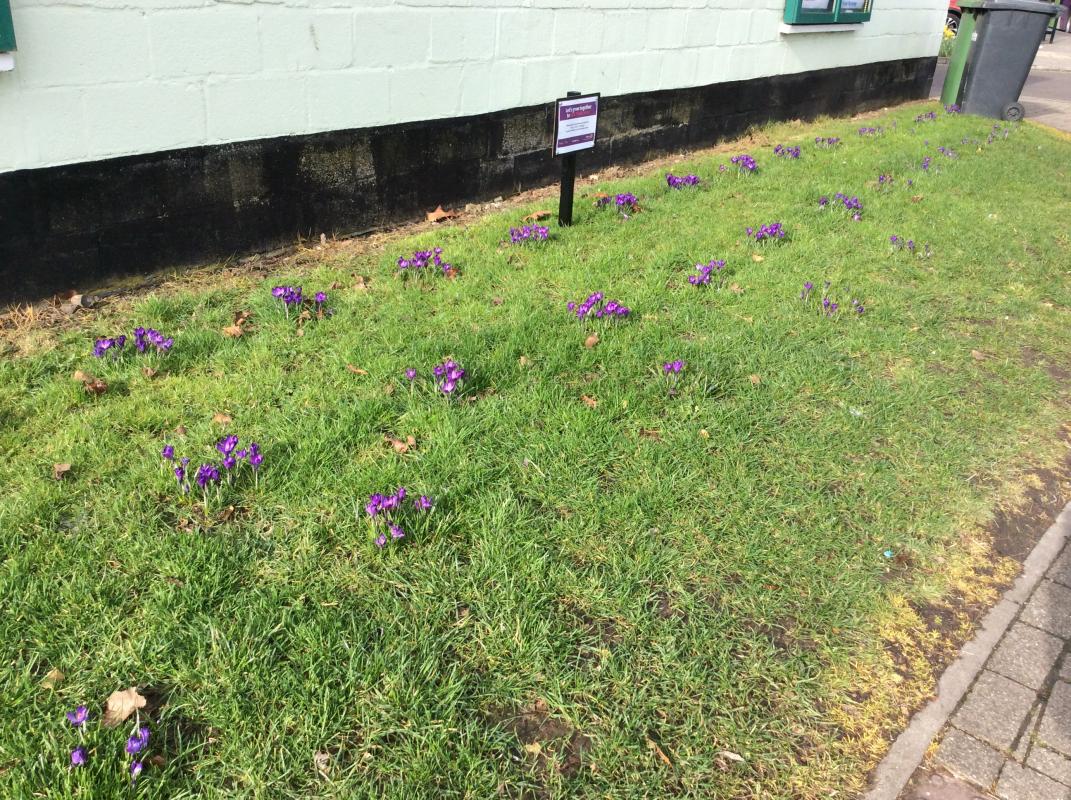 In October 2018, President Linda Humphries and her husband Colin, Secretary Glenn Abbassi, and Treasurer Ian Burne, planted 1000 purple crocus corms on a piece of land at the back of Partridge's store in the centre of Hadleigh.   These have flowered better than we expected, and are an attractive addition to the daffodils planted by Hadleigh Community Gardeners on the other side of the road.     A sign has been erected among the crocuses to indicate that Purple for Polio is a nationwide event to raise awareness of the three remaining countries which still have incidents of polio, and the need to eradicate the disease throughout the world.