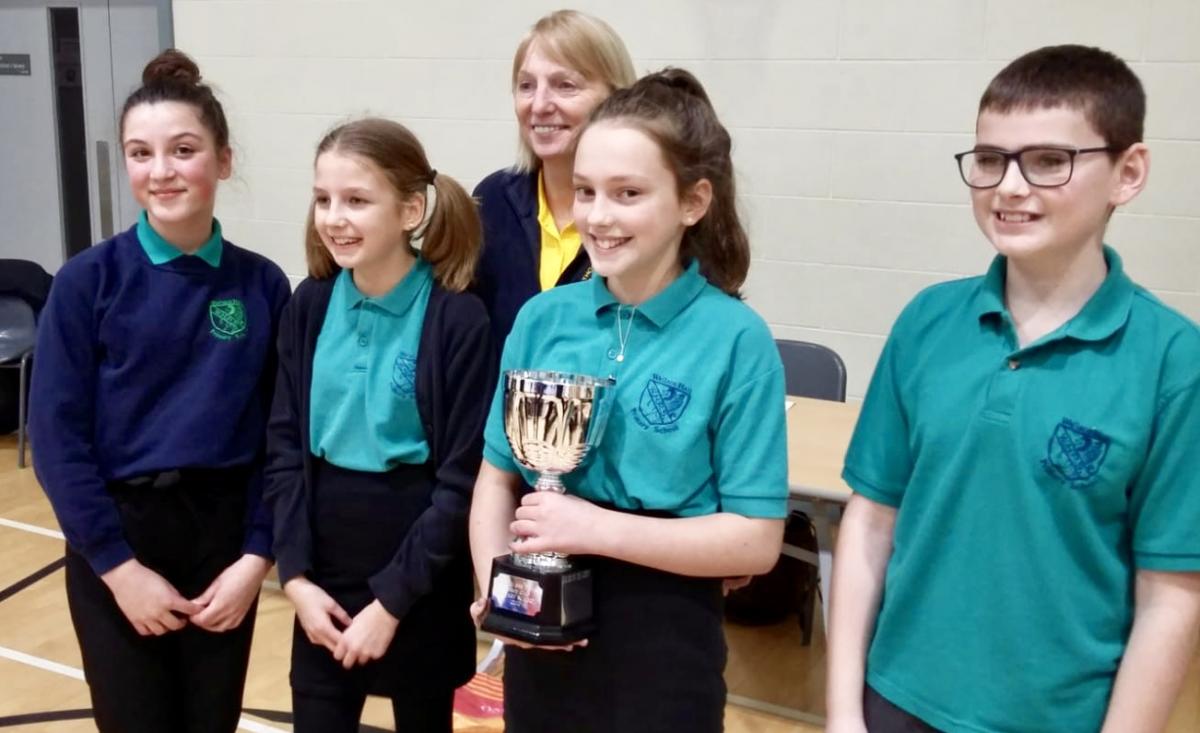 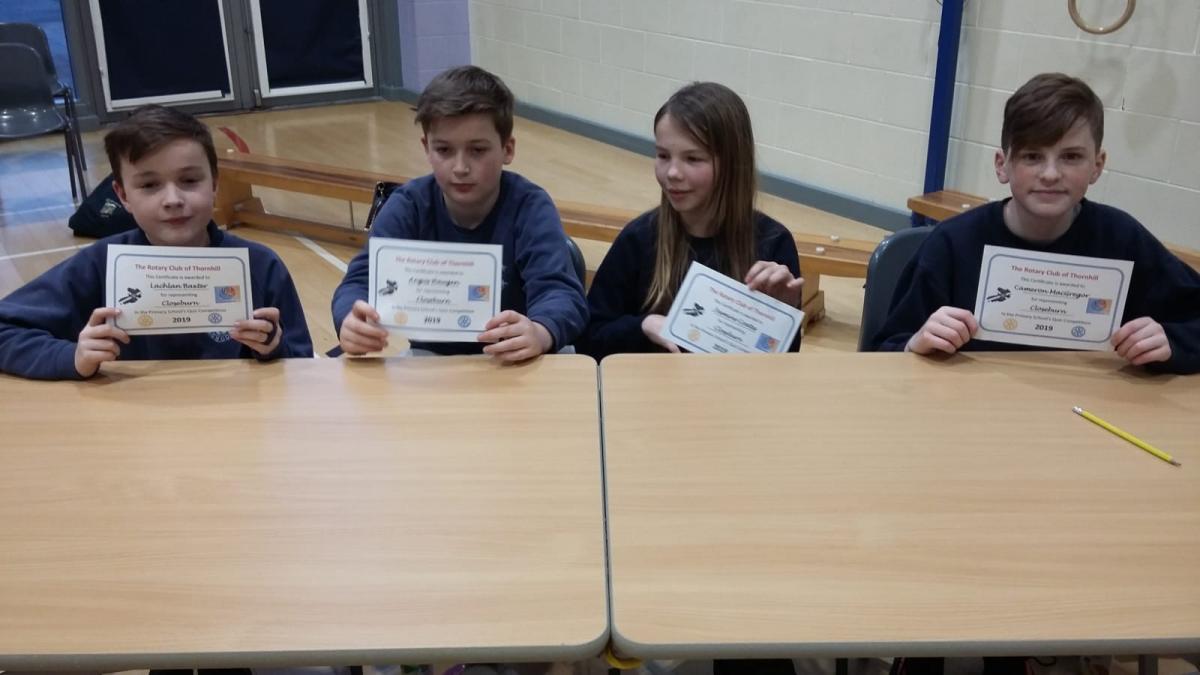 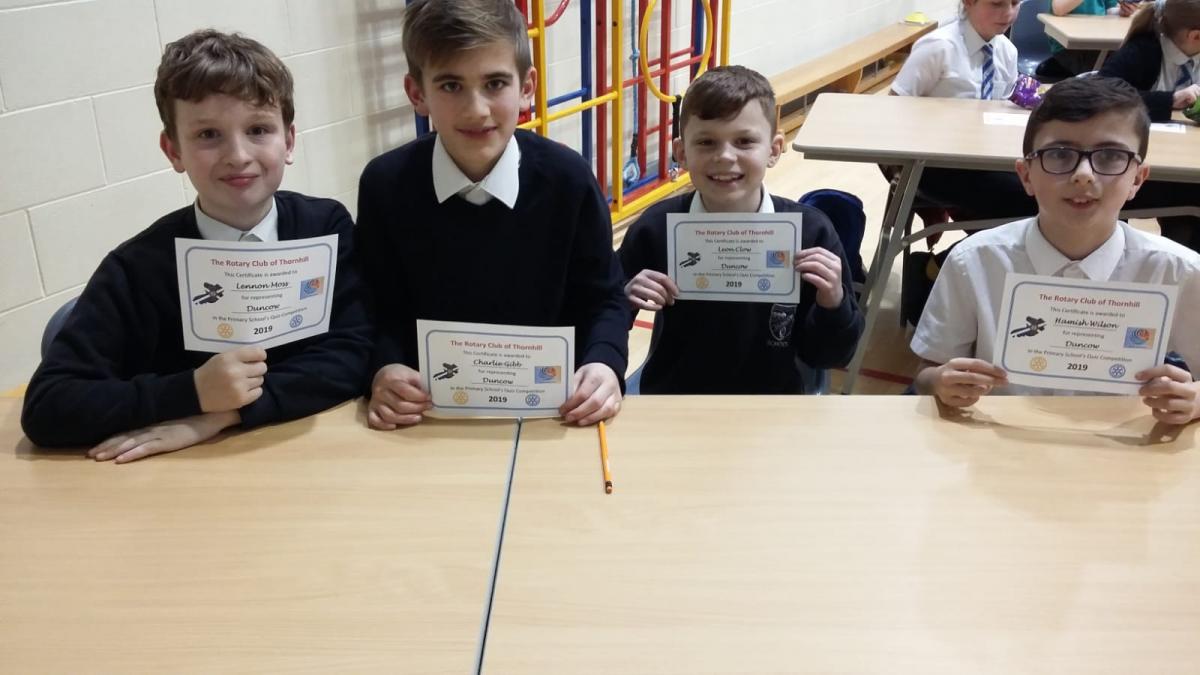 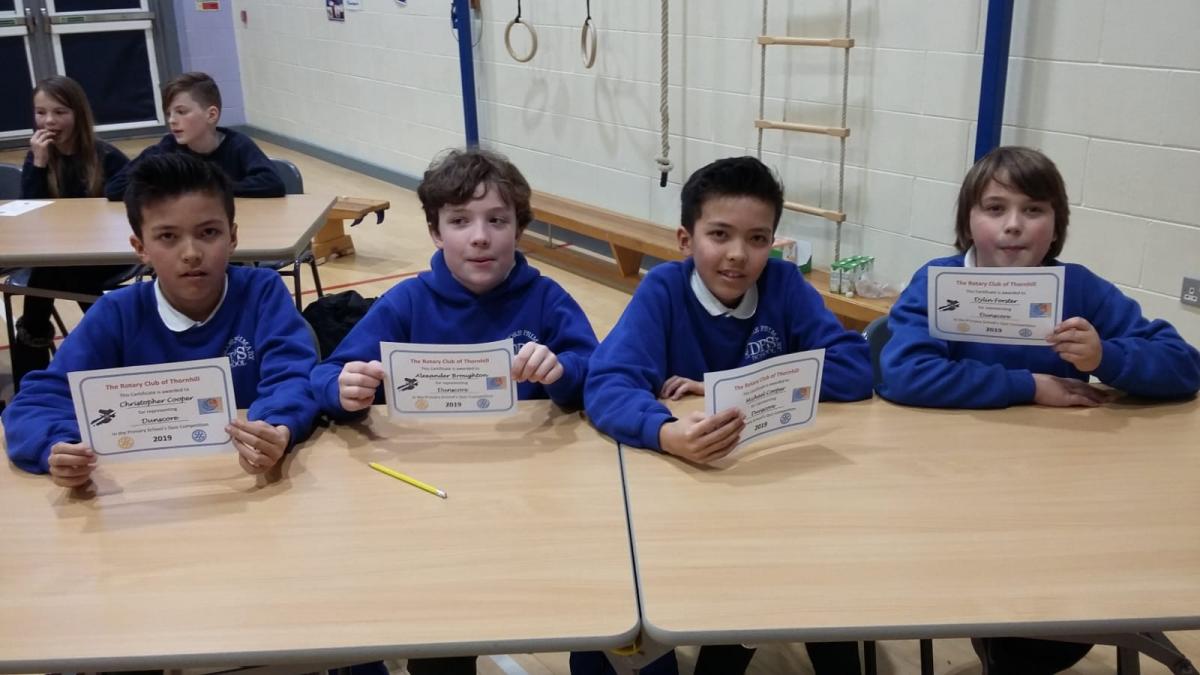 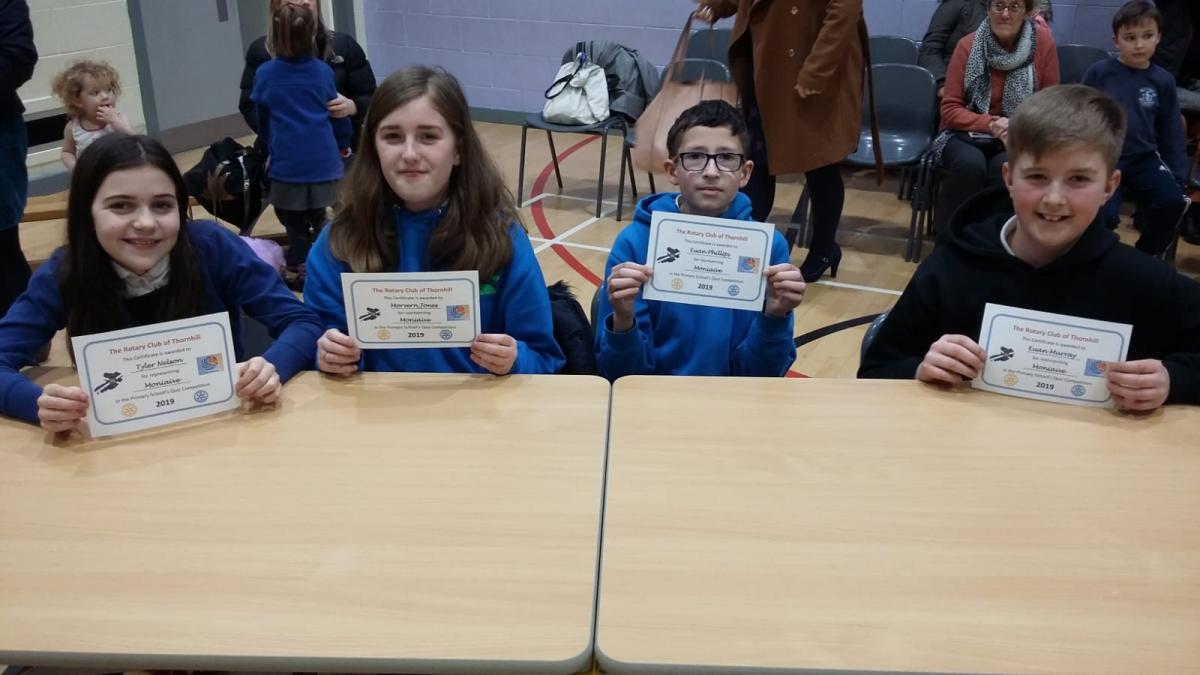 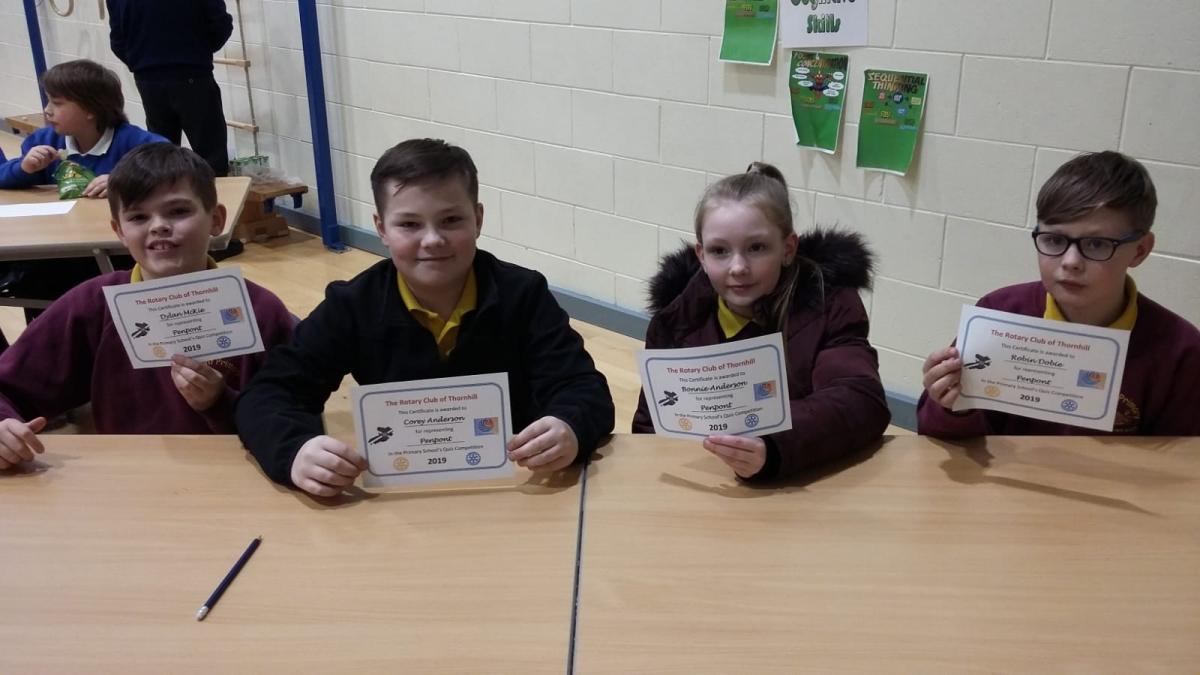 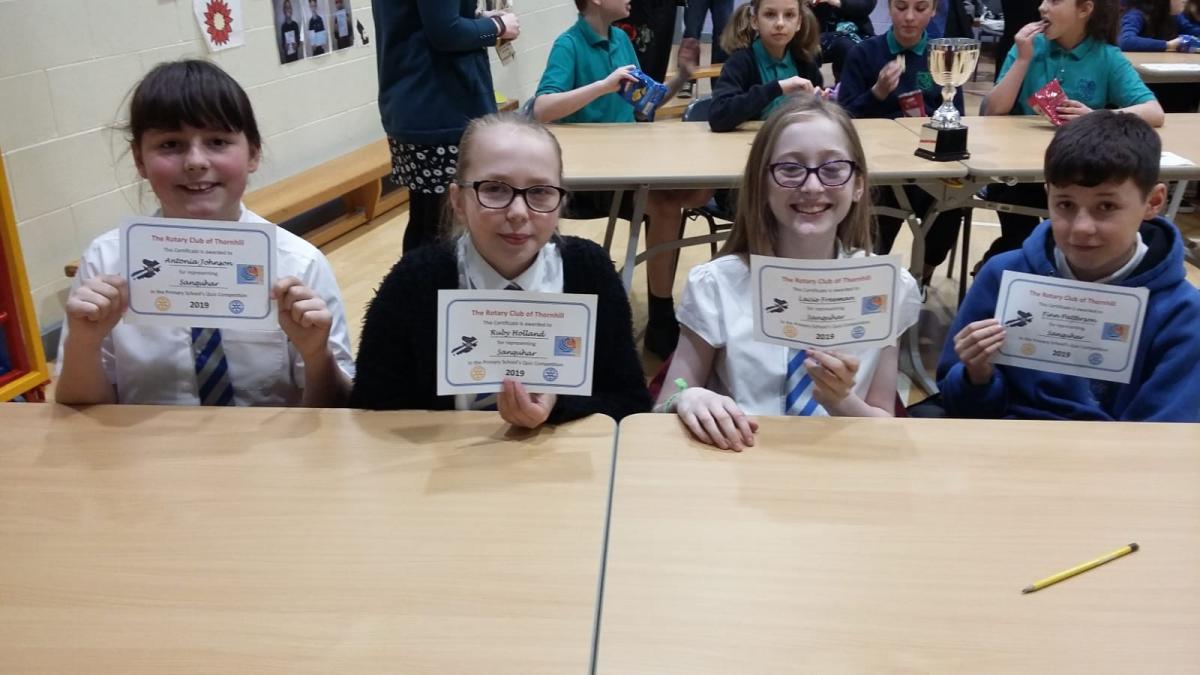 After the competition in which all the contestants fought hard and did them selves proud, Wallace Hall won the round and will go through to the South West Area final.

The South West Area final will be held at Troqueer Primary School, Dumfries on Tuesday 30th April starting at 4:30pm where eight teams will be taking part, with the winners and runners up going forward to the District final in early June at Carluke Lifestyles Centre, Carluke.

We at The Rotary Club of Thornhill and District would like to congratulate and thank all the teams of contestents for partaking in the competition and wish the pupils of Wallace Hall Primary School the best of luck as they go through to the next stage of the competition.