Presentation of cheques to Somerset Sight and TOG 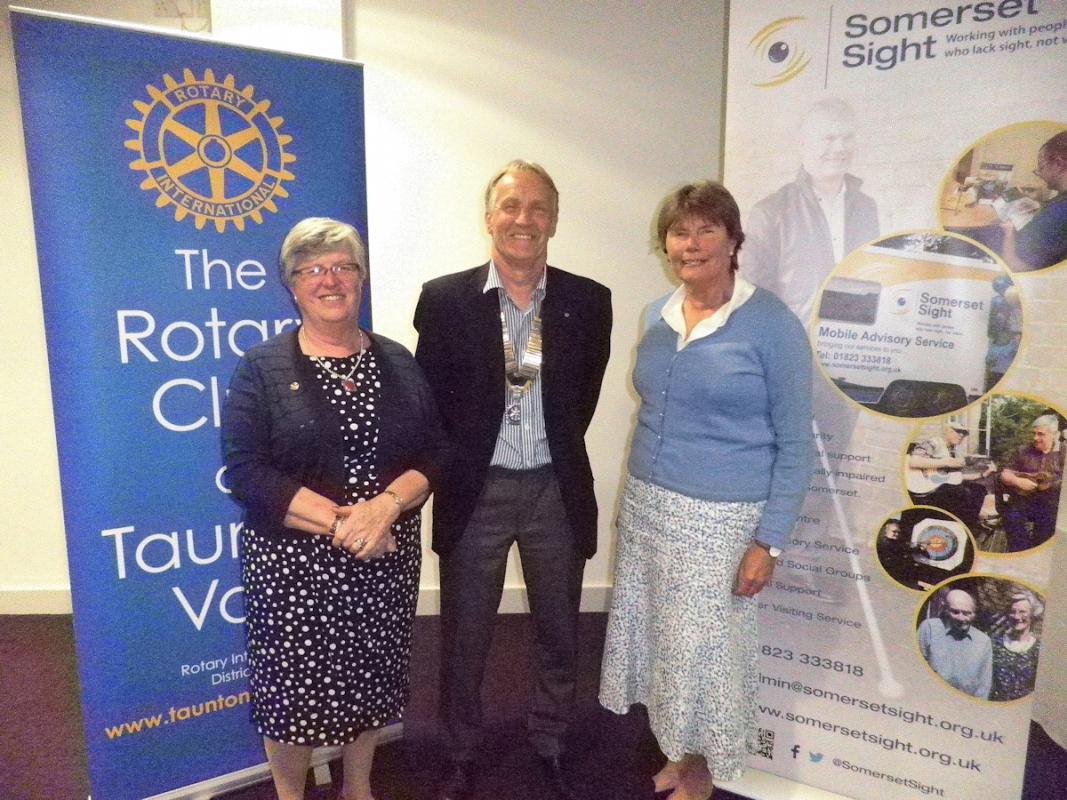 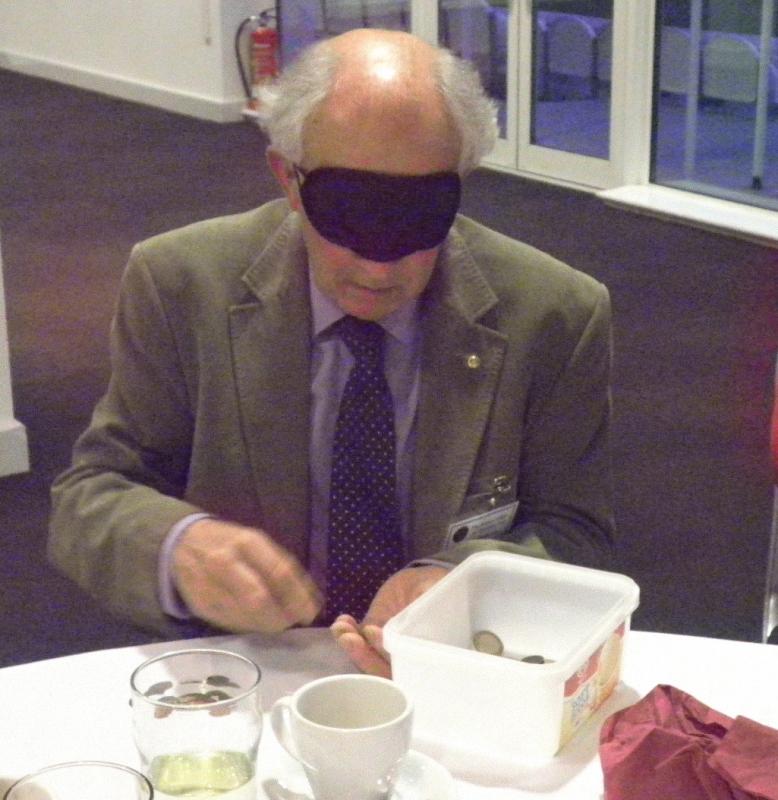 34 Rotarians and three guests - Paul Townsend, Jacki Sopwith and Jennifer Bird - attended. The main event of the evening was the presentation of cheques to our President's Charities - Somerset Sight and TOG, raised by the 2018 Moonraker Walk. Keith proudly presented the two cheques - £5175 to TOG and £6175 to Somerset Sight, the latter total included £1000 from District. Jacki from Somerset Sight thanked the Club for all its support in the year and the generous cheque. She also gave some of the Rotarians present an insight into temporary 'blindness' in order to demonstrate the issues that her charity addresses every day.

Jennifer gave an excellent introduction to the current status of TOG, and thanked the Club for its continued support. She also urged Club Members to visit TOG to see what is being achieved by this very worthwhile local charity.

President Keith asked Club Members to encourage more team applications for the Golf Day on July 4th. He also updated Members on the opening of the six new bedrooms at Abbeyfield. This prompted another discussion on Jill Byford's farewell event. It was agreed that once the event and venue have been agreed Wives and Inner Wheel members will be invited. (The issue that was not raised was what does Jill want - does she want a big Club send-off event?)

Kathryn, [President elect], reminded Members that she would like to know about all Club events that Members are involved in. She still needs a Chair of the Communications Committee - are there any volunteers? She would also everyone to let her know which Committee they would like to join in the coming Rotary year

Future Meetings: Wednesday 8th May Breakfast Meeting at Stragglers unless Rory advises to the contrary.

Ball Draw: Won by Tony Blackshaw but no Joker so wine only,