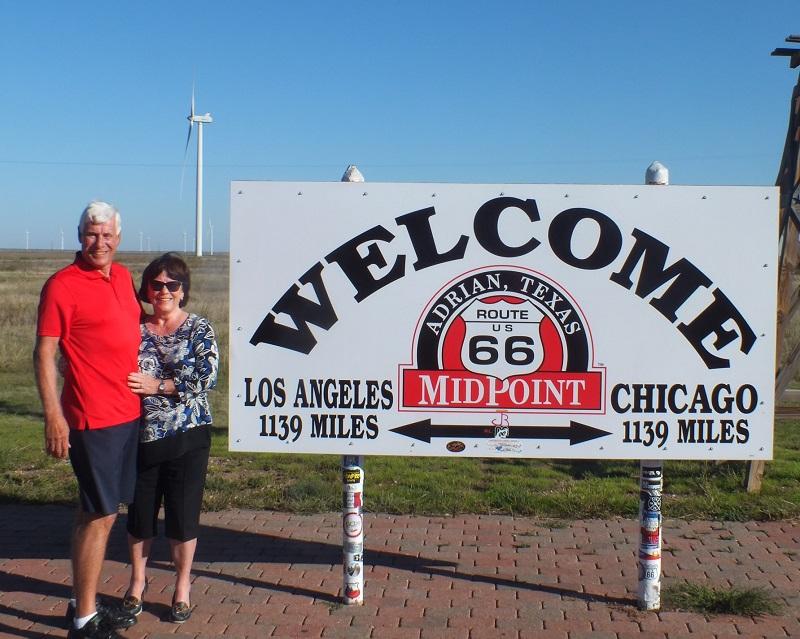 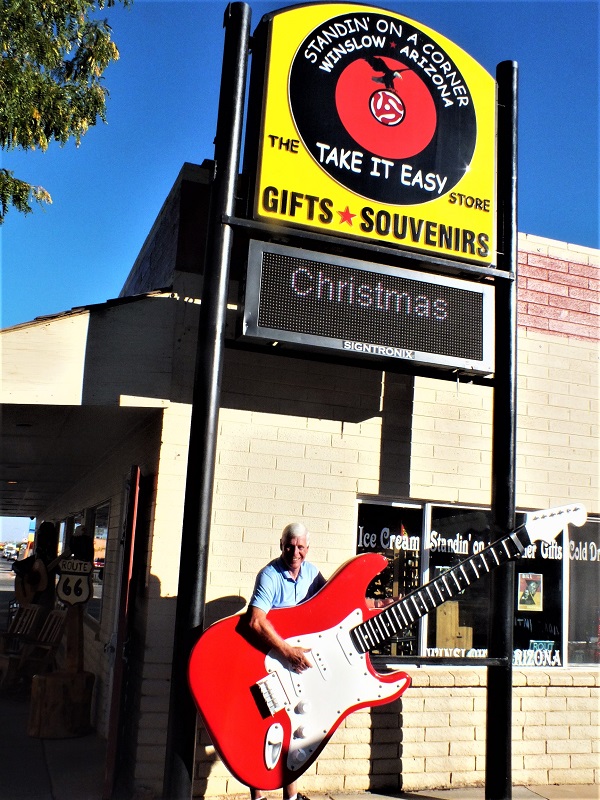 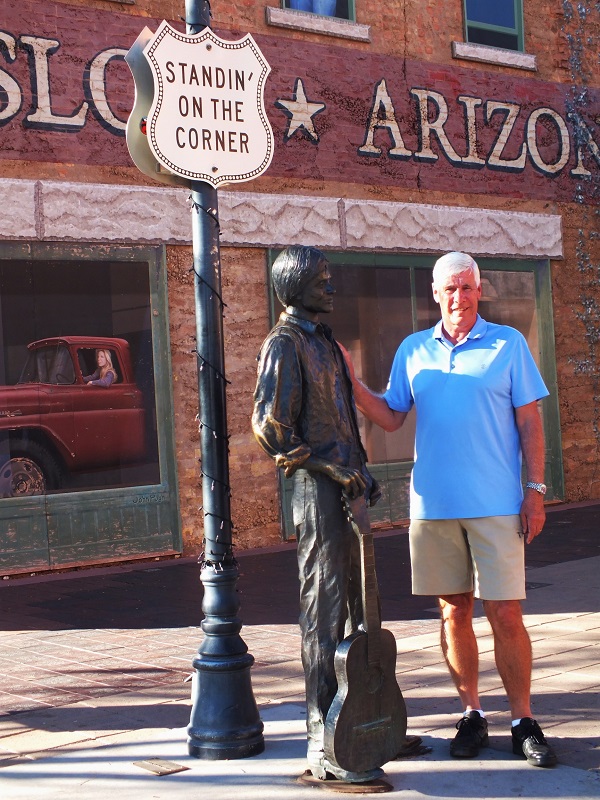 Rotarian Mike Helyer was invited to share his “Route 66” experience with his fellow members.

Mike had long held a dream to drive the length of Route 66.  Daphne took a little persuading but eventually agreed they should do it.  However, she put her foot down to riding on a Harley Davidson and so Mike hired a drophead instead.  (English translation: a convertible car).

Route 66 was the brainchild of one Cyrus Avery, an oilman from Oklahoma and a member of the Federal Board of Highways.  It was completed in 1926 and is one of the first numbered highways in America.  It’s also known as “The Mother Road” and “Main Street America”.  It’s 2,278 miles long and goes through 8 States, from Chicago to Los Angeles

Route 66 was developed further in the 1930’s when it was the road of flight from the Dust Bowl Depression.  In the 1940’s the USA Interstate Highways were being built but it was not until 1984 that the last town on Route 66 was bypassed.  That was Williams in Arizona.  In 1985 the original Route 66 was removed from the Highway System.  This had a detrimental effect on many towns, particularly in Texas, New Mexico and Arizona.

However, in 1987 Route 66 was reborn when the State of Arizona declared it an “Historic Highway”.  Many states followed suit and today many of the “Roadside Attractions” are on the National Register of Historic Places.

To Mike’s disappointment however, almost all of the historic attractions they stopped at were closed.  Mike has no idea why or if they are ever open.

Mike illustrated his talk with pictures and these are some of the historic attractions he spoke about and showed:

Illinois: Old Chain of Rocks Bridge over the Mississippi.  More than a mile long it has a 30 degree bend in the middle.
Missouri: The Best Western Rail Haven Route 66 hotel in Springfield.  Elvis stayed there as did Mike & Daphne.  Were they in the same room?  They like to think so because it was the only Jacuzzi suite in the hotel.
Kansas: The “Wizard of Oz” is remembered en route, just 13 miles of Route 66 is in Kansas.
Oklahoma: A major Route 66 museum is in Elk City, it acknowledges the part played by Cyrus Avery
Texas: The Big Texas Steakhouse in Amarillo, its 72oz steak is free if you can eat it in under 20 minutes
New Mexico: The motel in Tucumcari had 2,000 rooms when Route 66 was at its height.
Arizona: Mike & Daphne were seen “standing on the corner” in Winslow.

After 10 days Mike & Daphne crossed the State border into California.  They ended their Route 66 adventure in Barstow, staying in “The California Inn”.   (Unfortunately it was not “Hotel California”).  From Barstow, Route 66 continues for another 135 miles down to Santa Monica Boulevard, but Mike and Daphne had done that stretch on a previous holiday.

There is no doubt, Mike & Daphne got their kicks on Route 66.