A chance to reflect on our 50th year 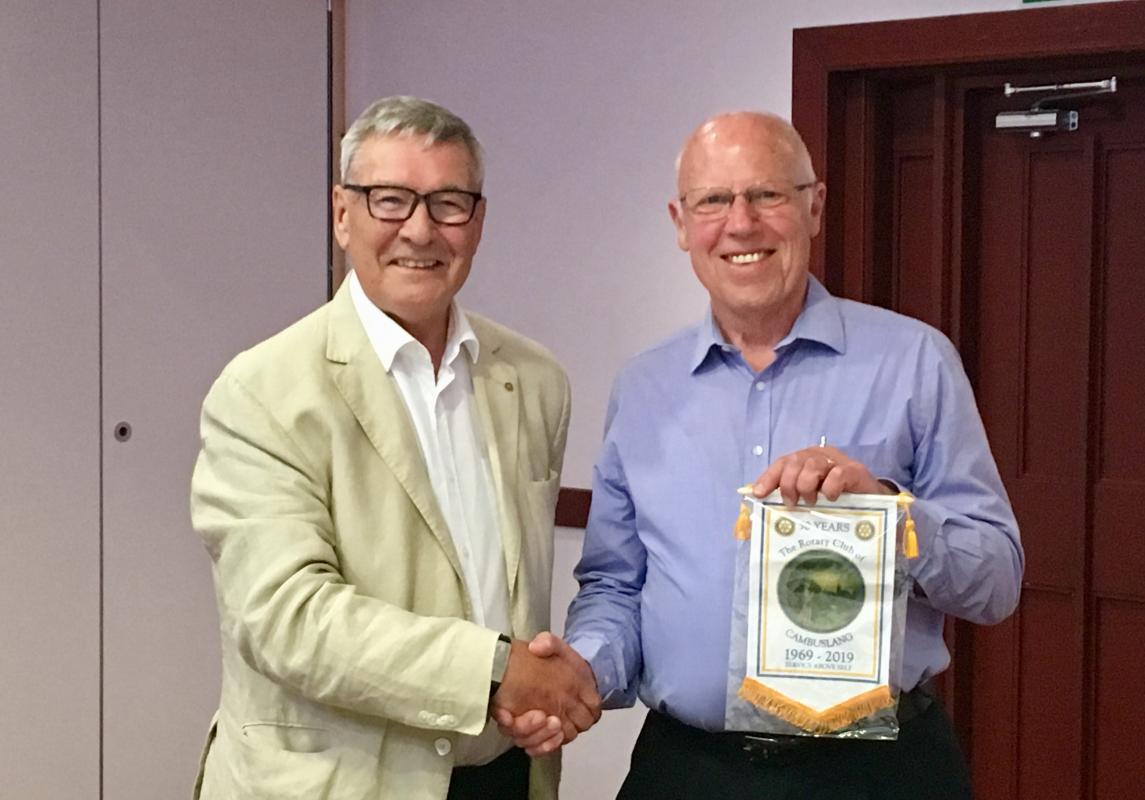 Our Club AGM was on Wednesday 15th May and provided an opportunity to reflect on what had been a very sucessful 50th year.

Club President Robert Dickie thanked all the members for their support during the year which had seen the 50th Anniversary Dinner in September, our annual Burns Supper in January and the Sportsman’s Dinner in March. Thanks to the generosity of everyone who attended these events the club has already distributed £3820 to a variety of charities including locally based Rutherglen Community Carers & Healthy’n Happy and international causes such as Shelter Box, Polio Plus and the DEC appeal for Cyclone Idai.  The club had also organised art competitions for primary and secondary school pupils and continued to maintain the planters and tubs at Cambuslang station.

During the year three of the clubs long-standing members had died and Robert paid tribute to Iain Lamont, Alex Gardiner and Maitland Sommerville, all of whom had given a lifetime of service to Rotary and their local community.  Also Doreen Gardiner, wife of Alex who had been a stalwart of Cambuslang Inner Wheel.  They will all be sadly missed.

We were delighted to welcome a far travelled visitor to our AGM as we were joined by fellow Rotarian David Conroy, visiting from the Rotary Club of Bishopdale-Burnside in Christchurch, New Zealand!  David spoke about some of the activities his club is involved in and was delighted to be presented with a Cambuslang Club banner by President Robert.

The evening concluded with a vote of thanks to Robert for chairing the meeting and for all his hard work throughout the year. 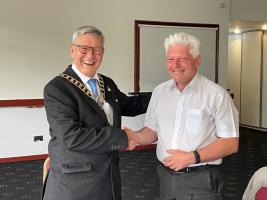 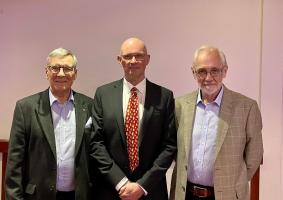 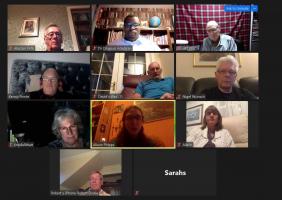 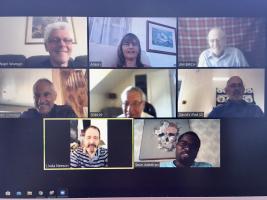 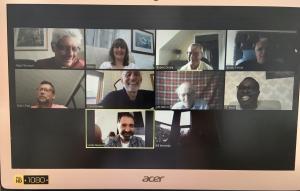 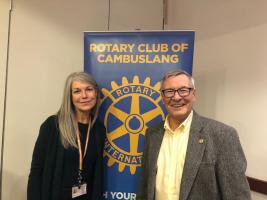 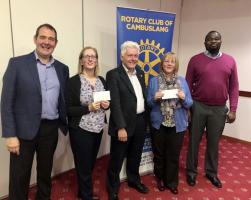 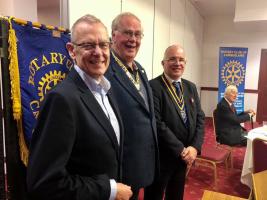 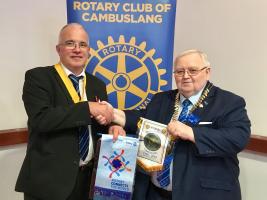 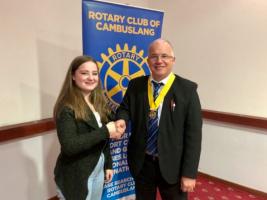 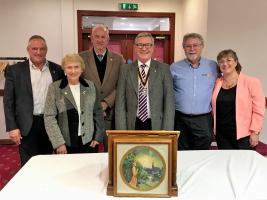 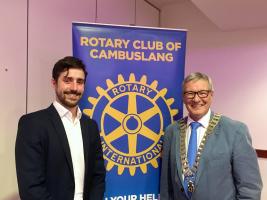 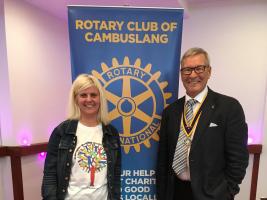 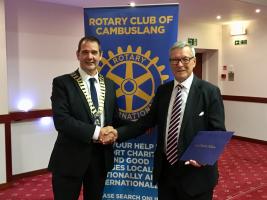 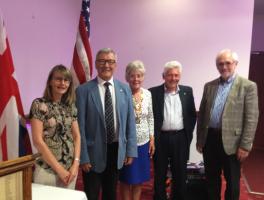 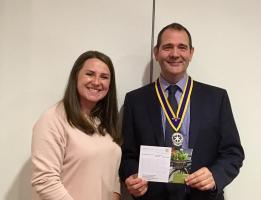 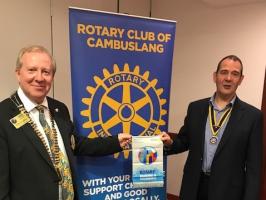 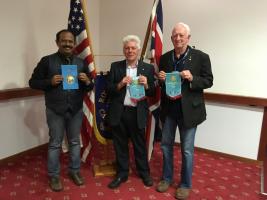 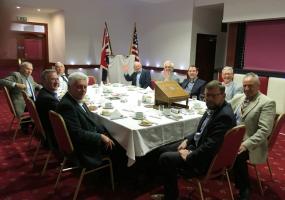 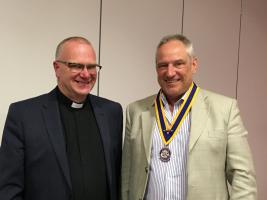 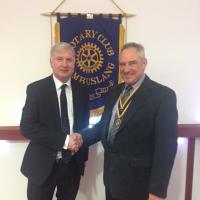 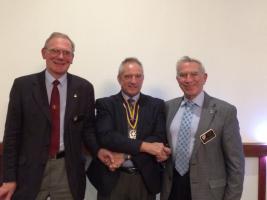 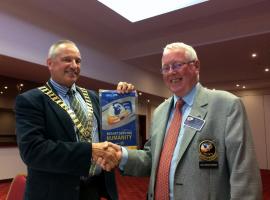 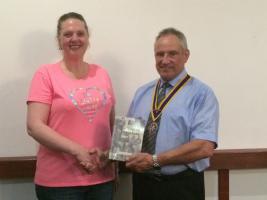 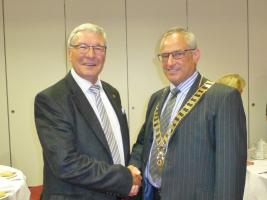 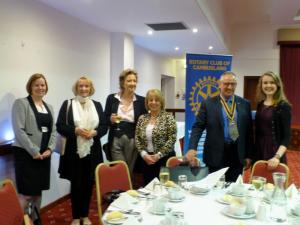 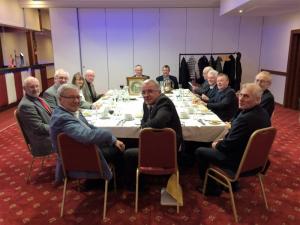