Plans for the coming year, at SCCC 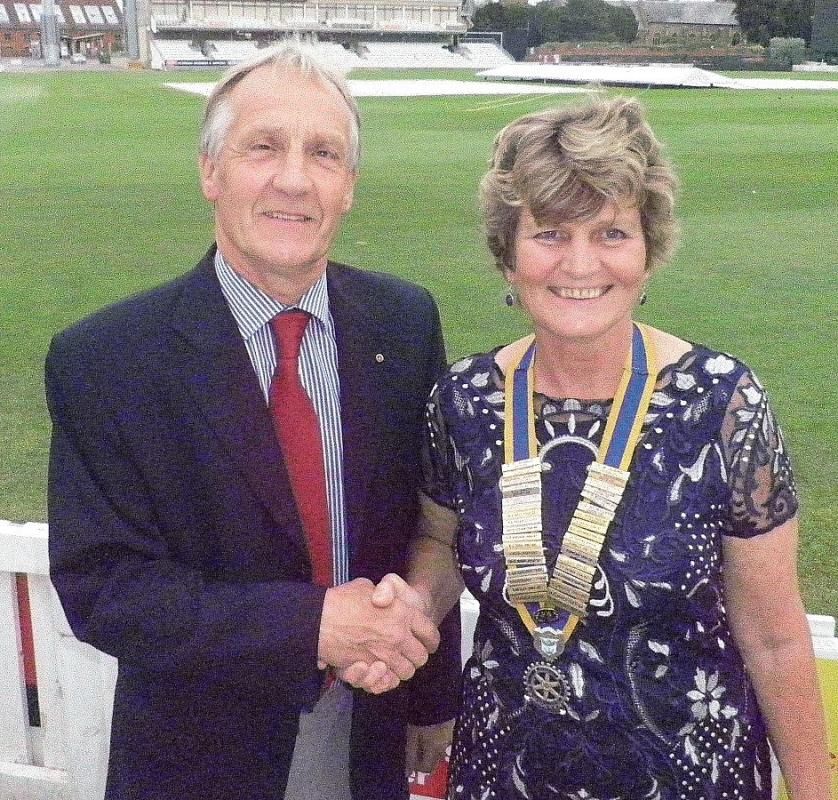 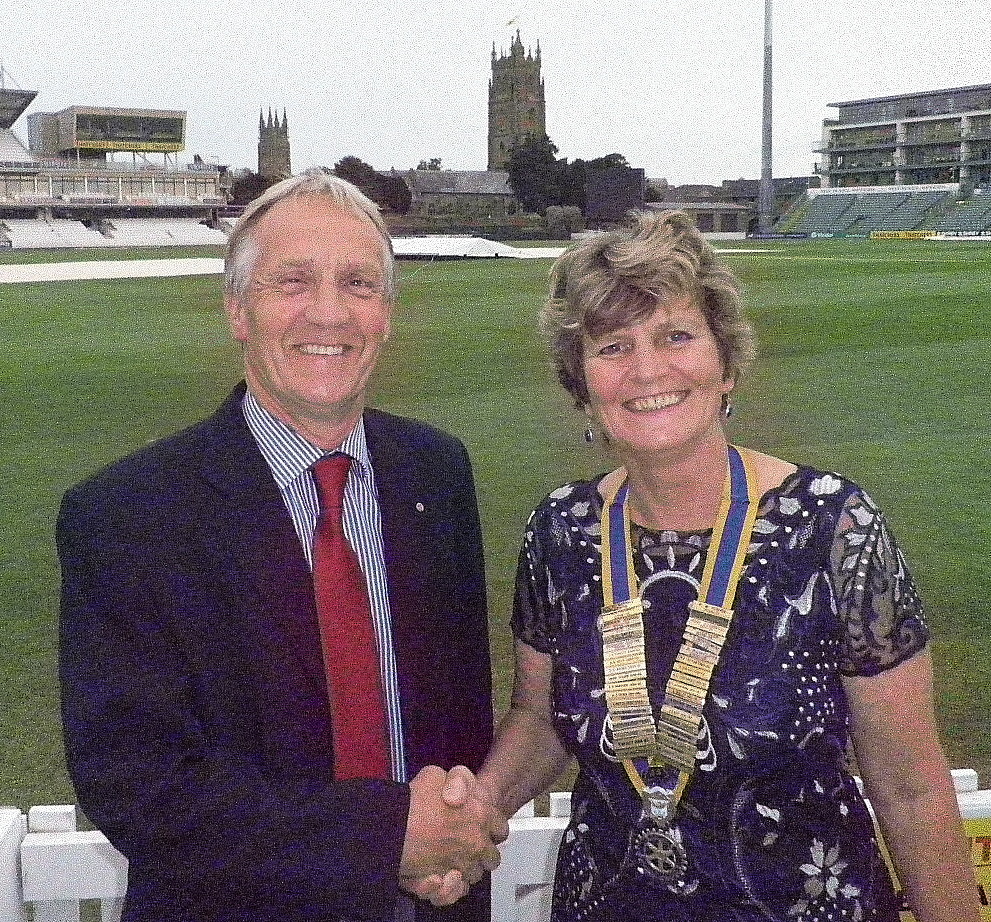 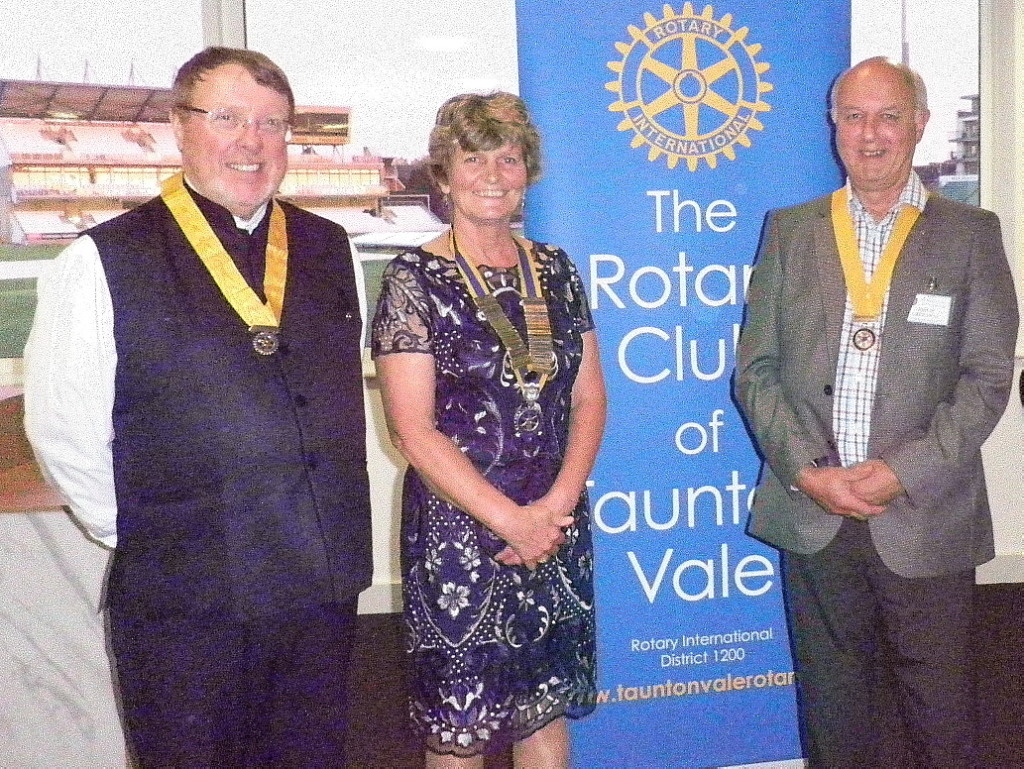 25 Club Members, plus Terry Bate ADG, attended this intimate three table meeting for the formal Handover of the Presidency of the Club from Keith to Kathryn, our first lady President.

Retiring President Keith outlined the highlights of his year that included a successful Moonraker and Golf Day, plus the very solid achievement on the Halcon Project. The addition of eight new Members in the Breakfast Club was also a welcome development. He thanked Members for their support during his year, particularly Andrew. Keith then handed over to Kathryn, who in turn welcomed Tony as President Elect and Philip as Vice President.

Kathryn thanked Keith for his work in the past year, and then gave Members present an insight into her plans for the coming year. She was passionate about ensuring that the Taunton Community were more aware of what Rotary stood for and how it helped this community. She acknowledged that it was a big task, but with the support of Club Members we could achieve this.

Club Business: Phil updated the Meeting on Youth matters with greater emphasis on the new Technology Event in the coming year. Colin indicated that the Club Programme was complete until January and it will be published soon.

Derek J gave an update on International activities, and reminded Members that we would be the host for the Tri-Club meeting in 2020.

Kathryn indicated that help is needed in three areas - Flower Show (contact Bill), organising Surprise Dining, and Chairman of the Communications Committee. Paul also indicated that as the Halcon Project gathers pace a new Post Office is being opened and a Mentor is required to assist the new Post Mistress in setting up systems.

Terry Bate, ADG, congratulated Keith on his year in office and gave a warm welcome to Kathryn. Terry liked the development of the Breakfast Club, and she was looking forward to Rory becoming District Governor in 2020.

Two stalwarts of the Club will be leaving the Club - Derek Smalley and David Brown - and Henry gave a warm appreciation of their contribution to the Club over past years.

Ball Draw: Won by David Brown on his last night, but no Joker. £155 next time!