This meeting was held at the Black Bull in Rainsford Road. 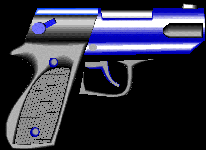 Today we went back to the Black Bull, where we held our business meeting in June to see what it is like with a speaker. The speaker was our own member David Axon, so we were able to try the pub again without involving any outsiders. 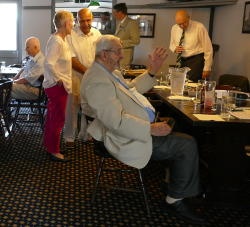 The photograph shows some of our members starting to assemble. One member turned up at the wrong place.

His father was born in 1912 and grew up in Manchester. He was very good at languages and got a job which required him to go on business trips to a number of European countries, particularly Sweden and Germany. Staying at hotels in Germany made him realise just how much the Germans hated the British at that time, with anti-British songs being popular. They regarded Neville Chamberlain as something of a joke.

Although not keen on the Nazis or Hitler, David’s father attended the Nuremberg Rallies each year and was struck by the way the Germans promoted themselves. He did once speak to Hitler for a couple of minutes when he met him on one of his strolls; he said Hitler was a mesmerising individual who would look you straight in the eye.

He was in a reserved occupation at the start of the war but Germany’s advances into other European countries meant he was no longer able to visit those places. He joined the RAF and was posted to North Africa. He felt his talents, particularly his linguistic skills, would be better employed in Europe and volunteered to become an Intelligence Officer. He undertook the extensive training needed by someone who was to conduct covert activities in other countries, which included learning how to kill with silent weapons like knives. Those undergoing such training were expected to be ruthless.

His training ended just as the war in Europe was reaching its final stages. He had said he wanted to work in forward positions and was seconded to Field Marshal Montgomery’s headquarters as Counter Intelligence Officer for Germany - before the Allies actually managed to occupy Germany.

David promised us a further instalment of the story in the future.