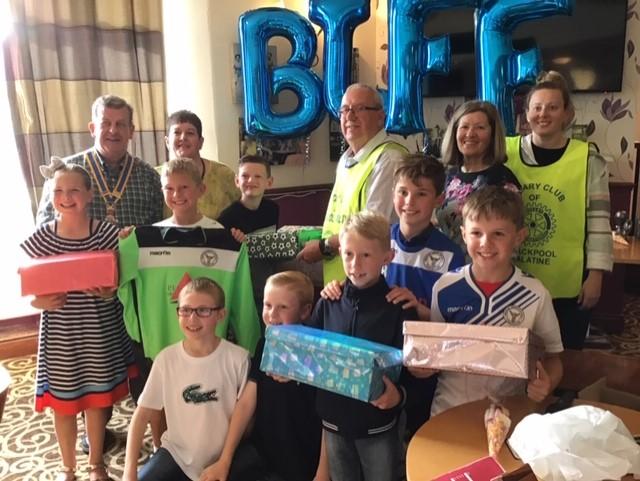 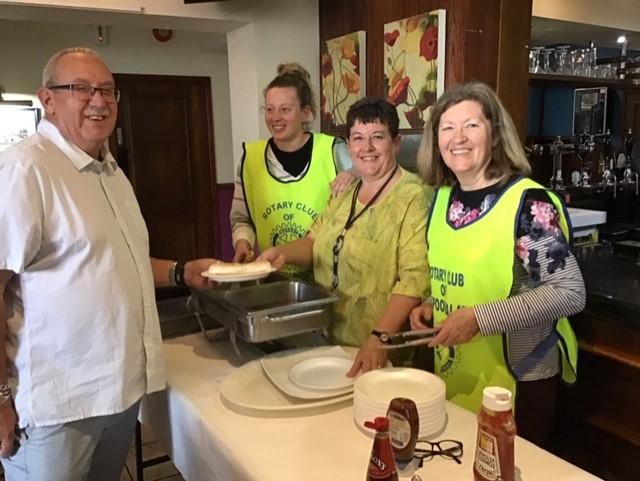 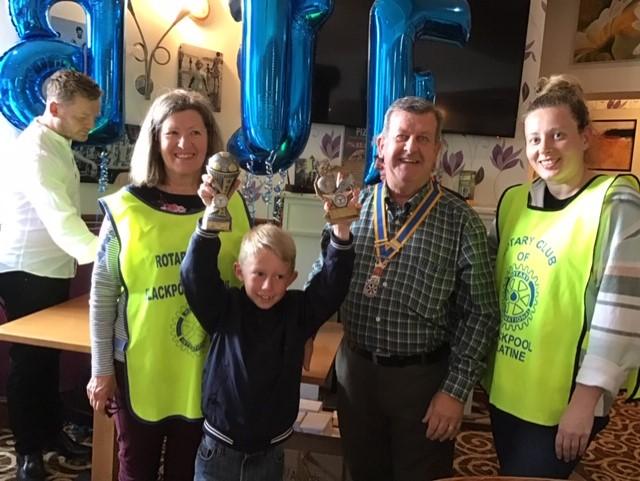 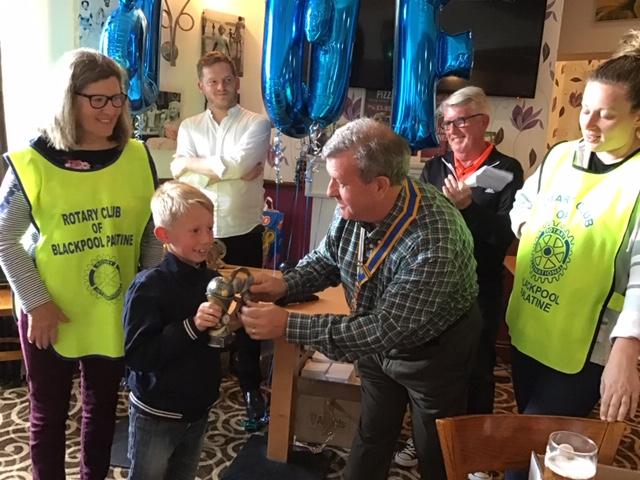 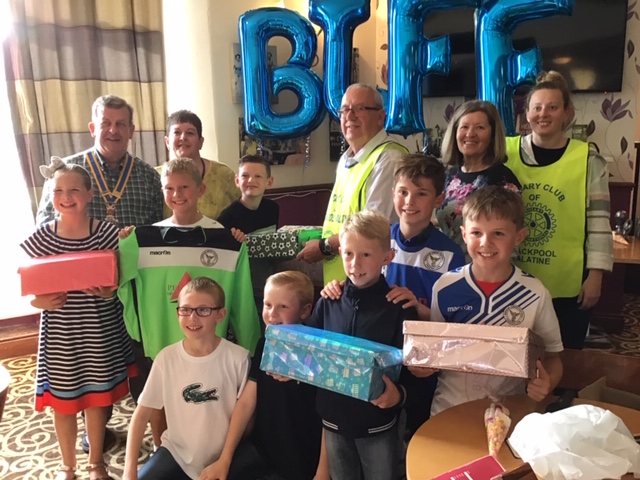 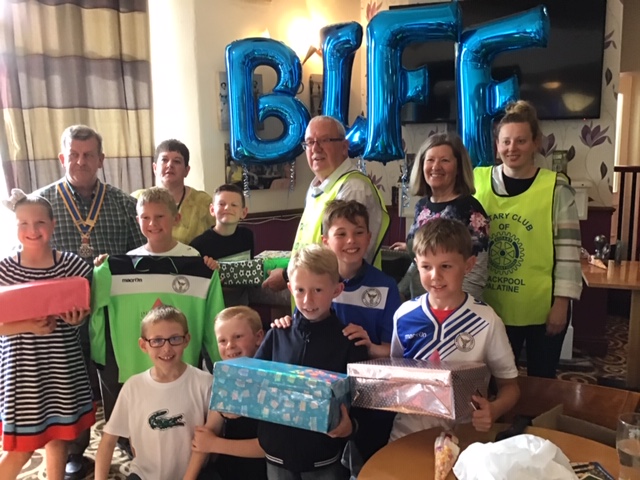 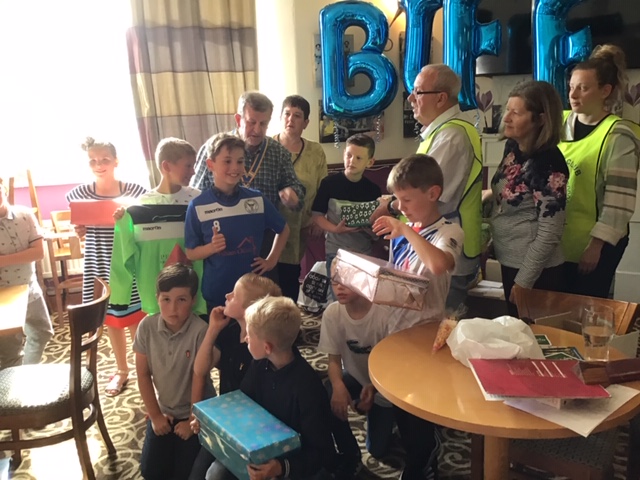 Bispham Junior Football Federation U8 team, Lasers, held their annual prize presentation at the No. 4 pub.  Players were awarded trophies to reflect their successful season in the league.  The team have been sponsored by Blackpool Palatine Rotary Club and have under their guidance formed the Palatine Lasers RotaKids Club.  Pictured is President Mark Rooker presenting the trophy for the most consistent all round player to Kaiser Presteigne. As a RotaKids Club the team are seen presenting shoeboxes full of goodies to be sent out to Gambia for children in need.  Rotarian Gary Pretty, whose charity, Blackpool Gambia Schools Project is seen receiving the boxes, assured the team that he would distribute them personally on his next trip to Gambia.  Mr Pretty thanked RotaKids President, Lily Johns for having come up with the idea and encouraging the team to participate.  Mr Pretty praised the team for their hard work, kindness in writing letters to go inside the boxes and their generosity.