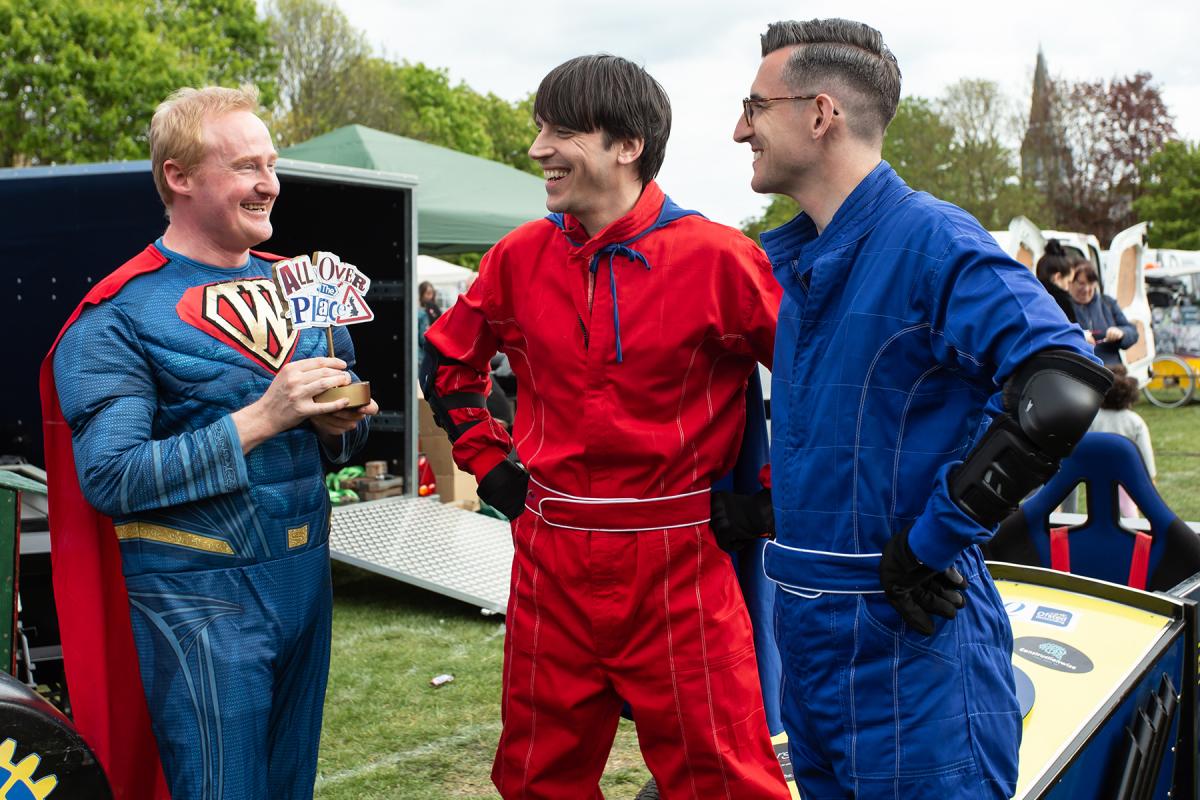 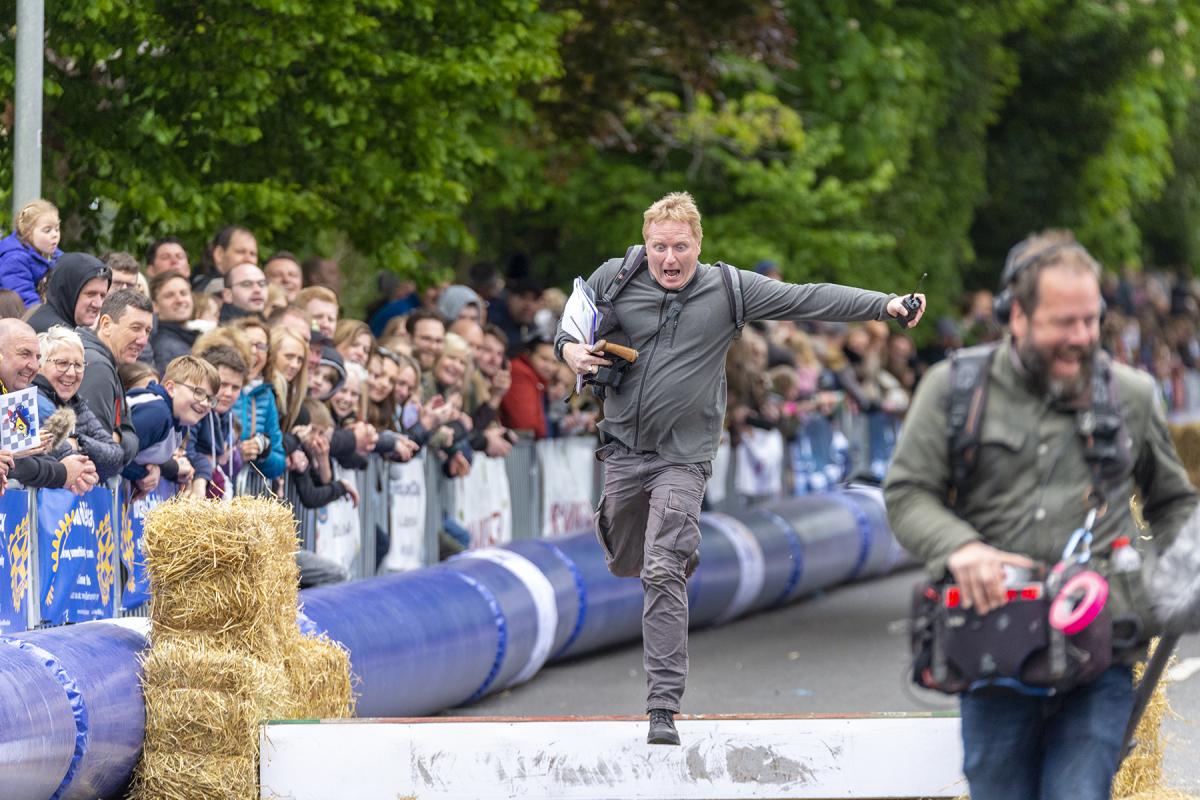 Ewan leaping to the front 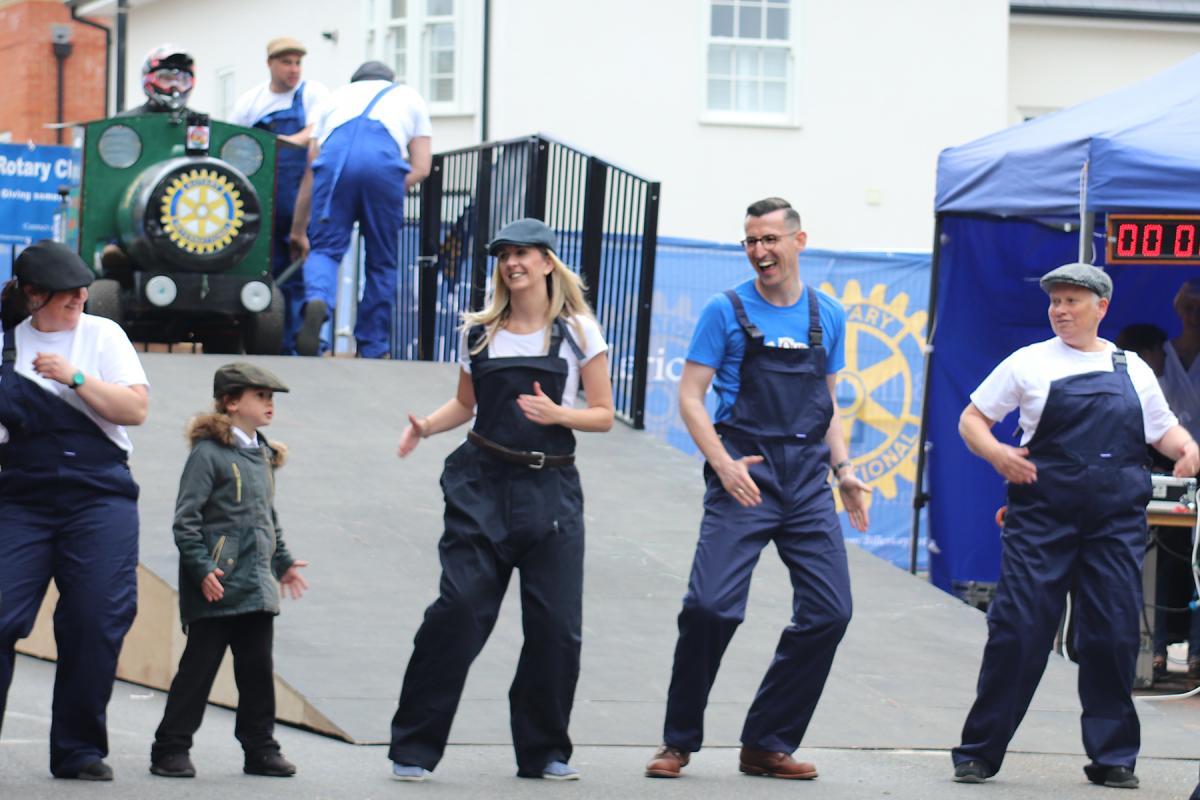 Ben throws himself into the spirit of the event 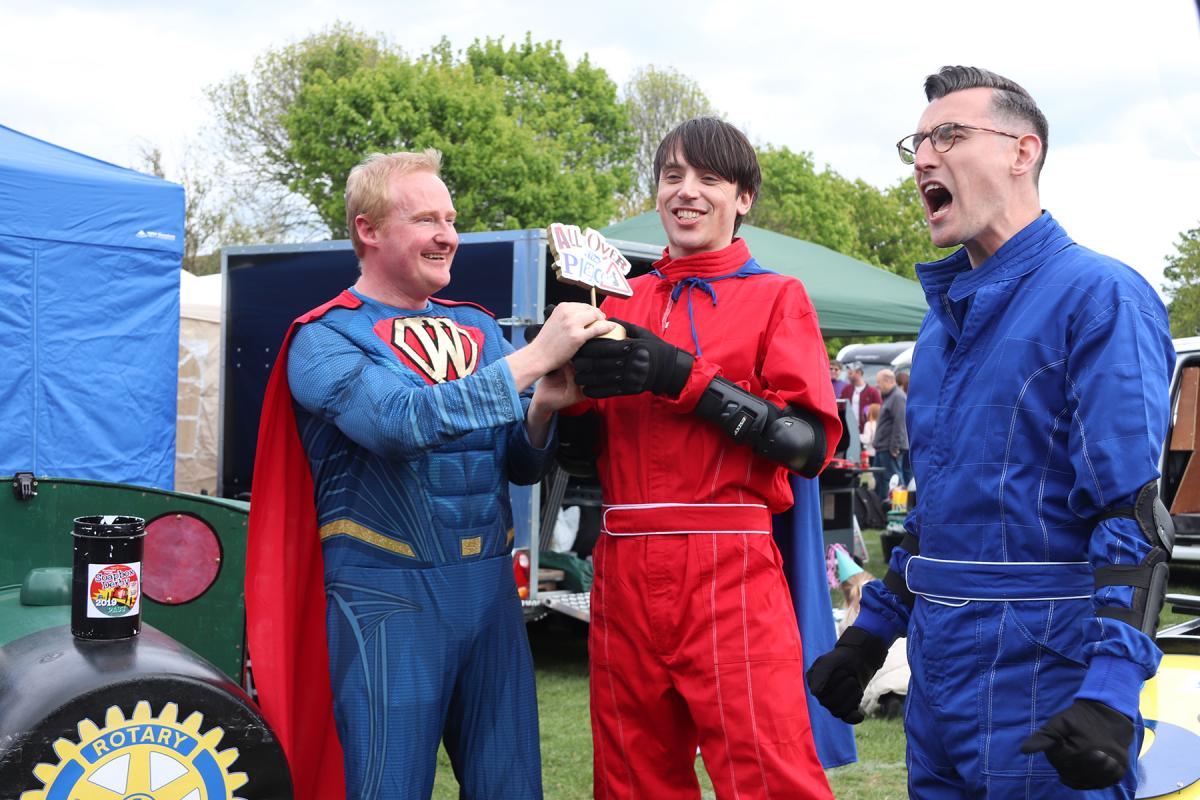 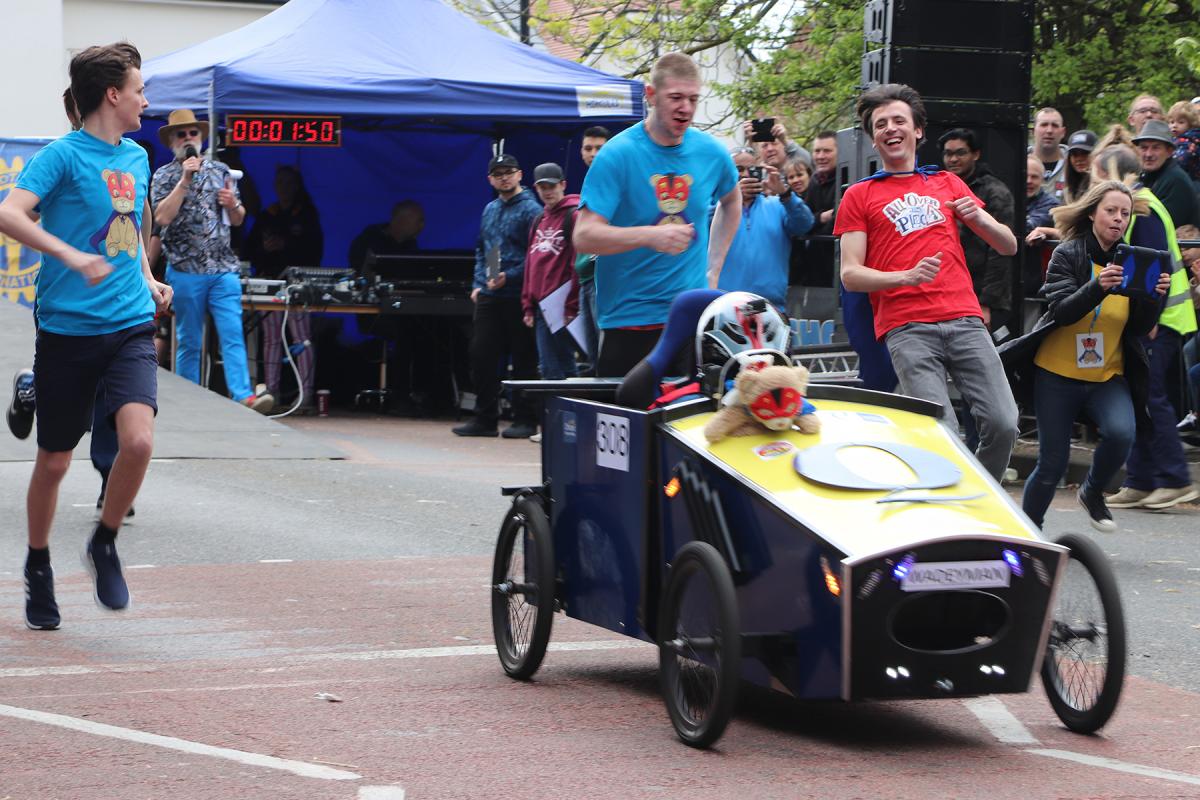 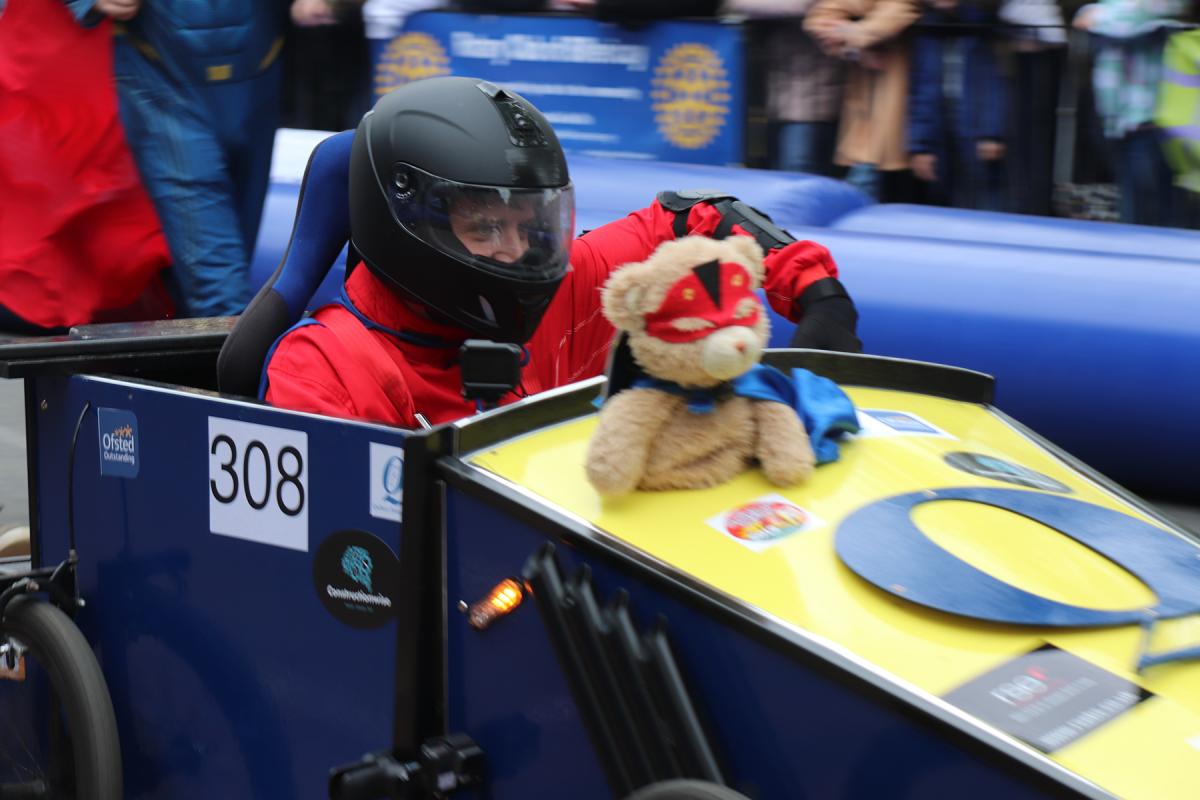 A  TV director’s visit to the Soapbox Derby

For me, the journey to Billericay for the Soapbox Derby began at the start of 2019. That was when our production team for the CBBC series “All Over the Place” first contacted Peter Greene about our team coming to film at the event.

For our series we always finish each episode with 2 presenters going head-to-head in a local event or competition, taking part alongside everyone else. I’ve been fortunate to film around the world at wacky races and bonkers contests for this series, and being part of the feeling of something unusual and fun about to happen as the crowds arrive is something that is always great.

That buzz was evident as soon as we arrived at Billericay, with soapboxes and teams arriving on site, and the course all set up for the races.  And after all Peter’s help in the lead up to the day it was a pleasure to meet him as he and his Rotary Club colleagues got set up for the big day.

Peter had arranged for our presenters to be part of two different teams, Quilters and the Canvey Chuggers. They were great teams, with great soapboxes, and perfect for us to film with! Ed Petrie, the show’s main presenter, was even presented with a specially-made cape to take part in the Quilter’s team!

After being pushers and runners in the morning, Ed and Ben Shires (who was racing with the Canvey Chuggers) were as ready as they ever would be for their races. Our cameras were set and running, our team were in place.  All that remained was for them both to take their turns driving the soapboxes! The crowds at the event were brilliant all day and they cheered both presenters for their races.

Ed’s soapbox door refused to stay closed, and 2 of the mini cameras on Ben’s soapbox were knocked out of position on his first jump, but otherwise both made it down to the finish line in a suitably fun fashion!

We finished the day with Mike Wade, the Quilters team captain, awarding our special trophy to the winning presenter.  And if you want to know everything we recorded, you’ll need to watch the series on CBBC when it airs early in 2020!

A PDF version of our Souvenir Newsletter with a description of the day, stories of our competitors, members' perspectives, photographs and much more. This replaces the Flip Book edition. 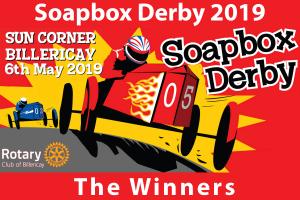 A listing of all the winners, all the results and all the charity beneficiaries 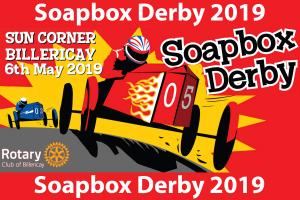 This page shows all the published Newsletters about the Soapbox Derby as distributed to participants, helpers and media contacts. 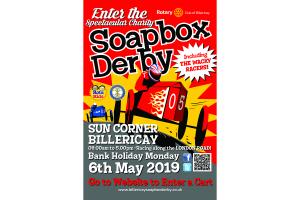 Join the Fun! Thrill the spectators! Build your own soapbox! Apply for an Entry Pack to the 2019 Rotary Club of Billericay Soapbox Derby. 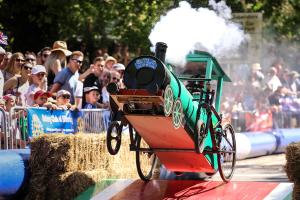 Join the Fun! Enjoy the Thrills, the Spills, the Atmosphere! Join the Party and buy tickets to the 2019 Rotary Club of Billericay Soapbox Derby. 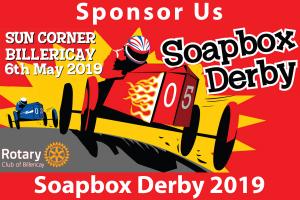 Contribute to our charities! Get personally involved with one of our teams! Why not show your support by sponsoring a Soapbox Team? 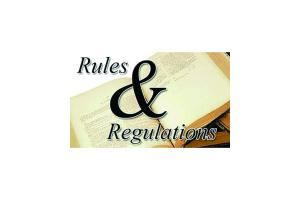 Here's how to ensure a successful entry! 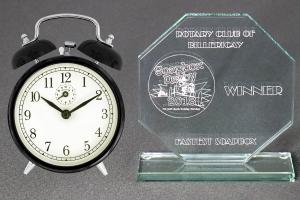 The schedule for the day and the prizes to be won.