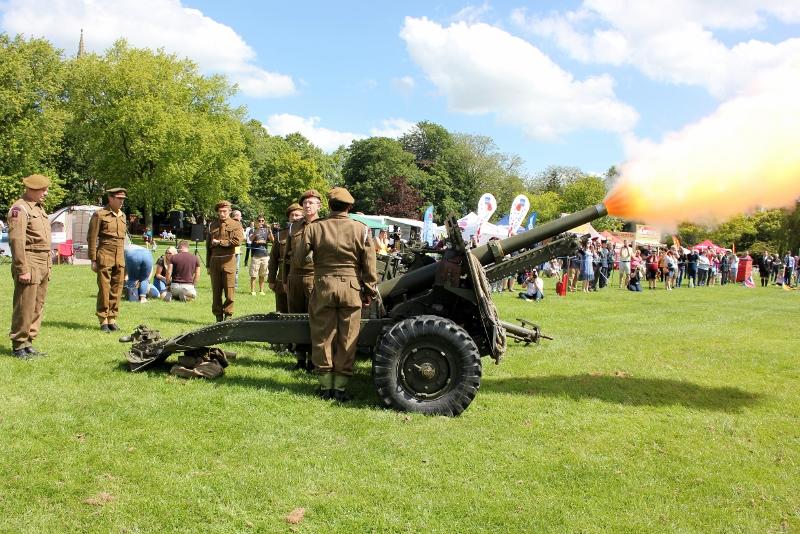 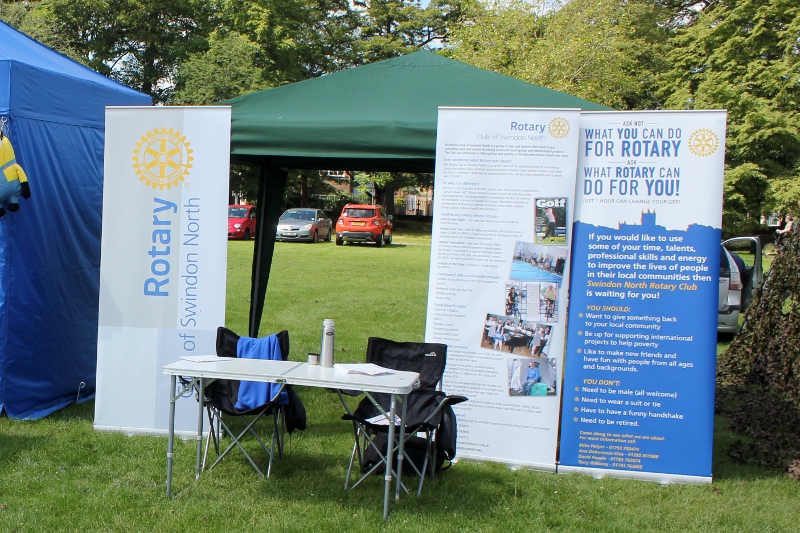 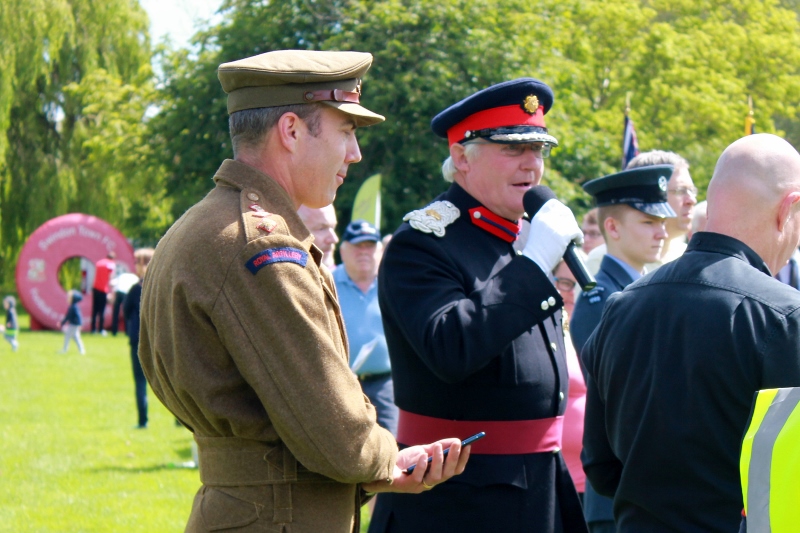 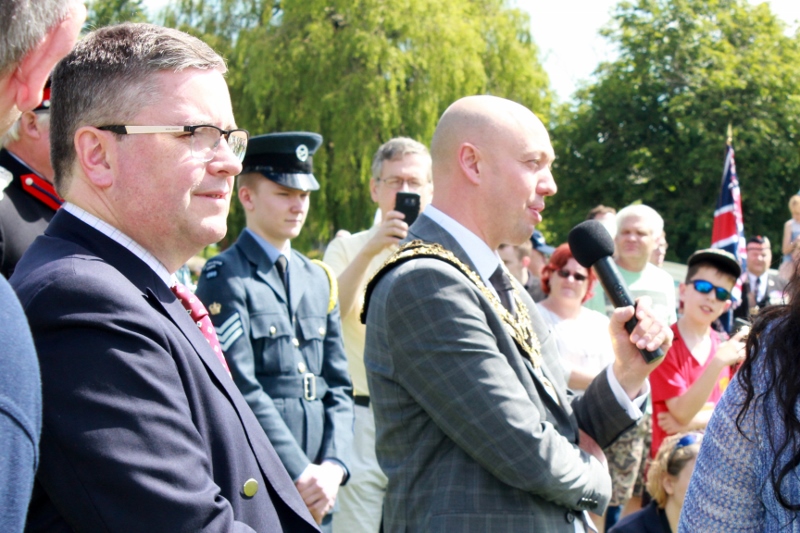 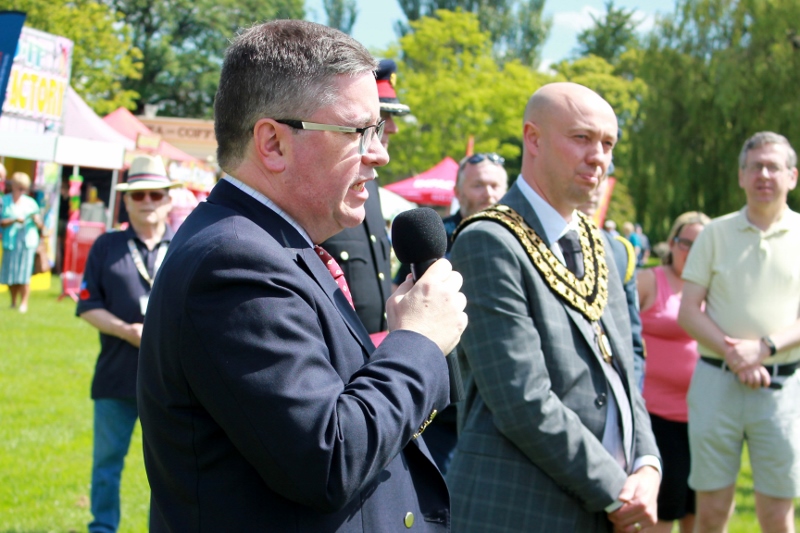 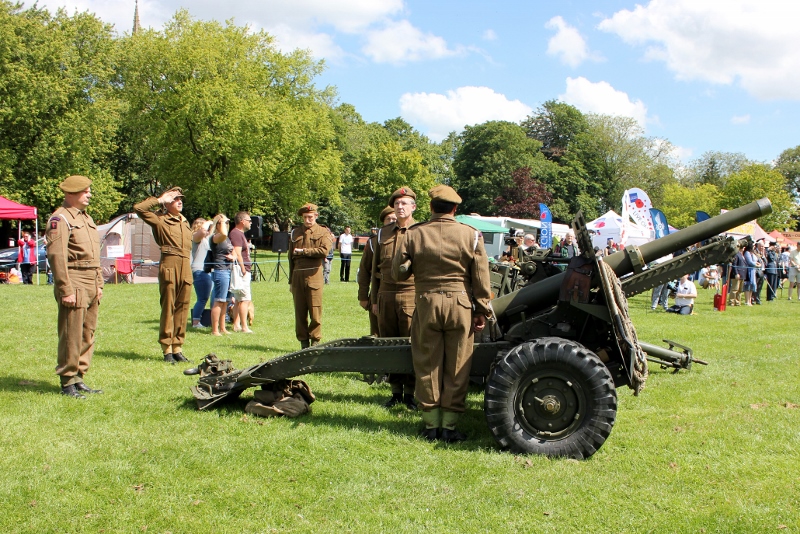 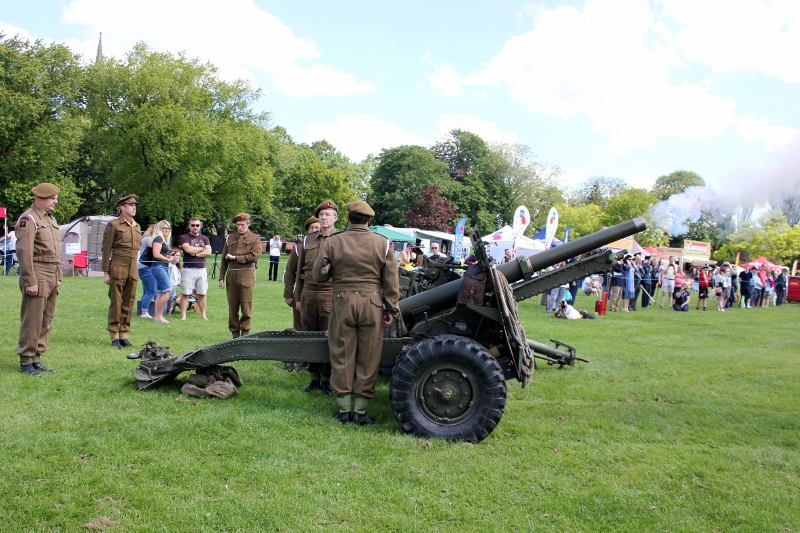 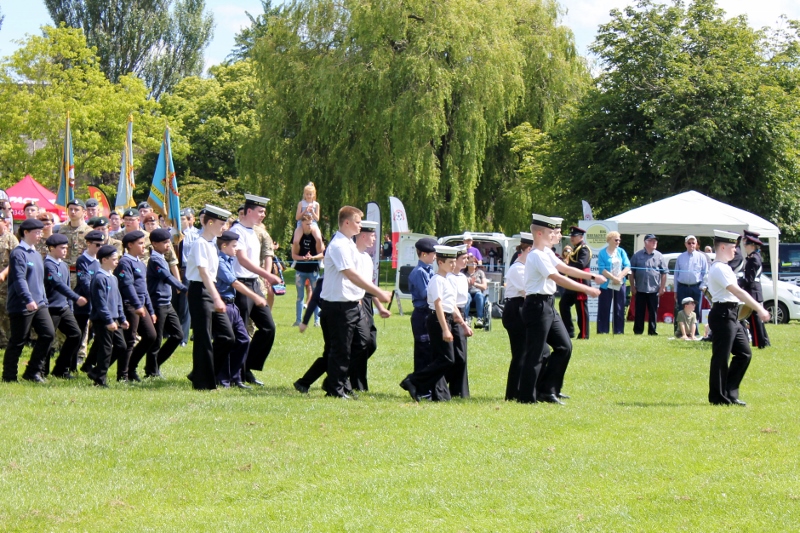 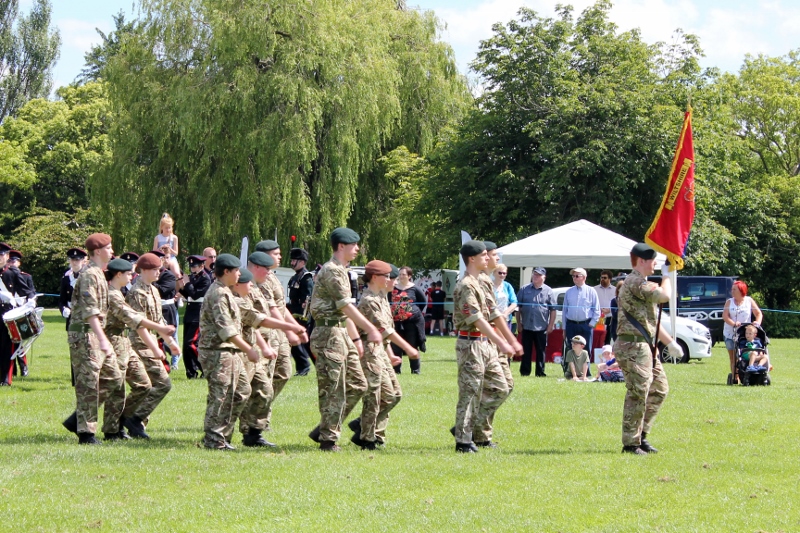 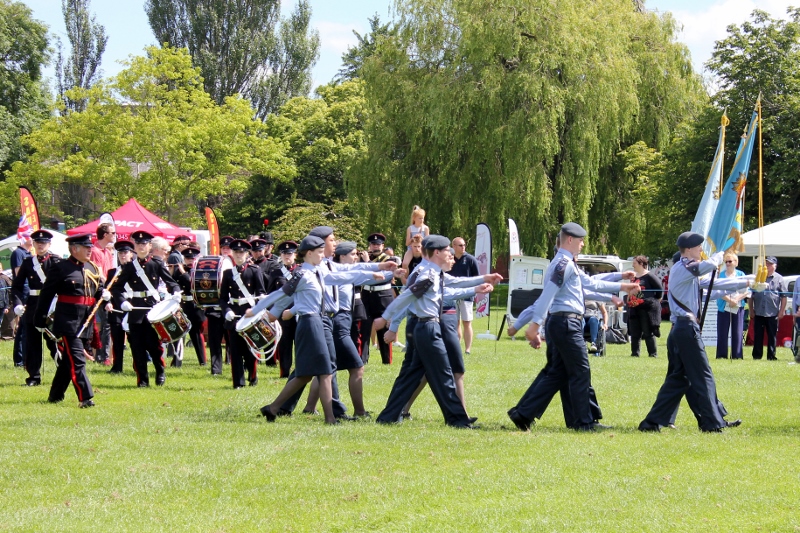 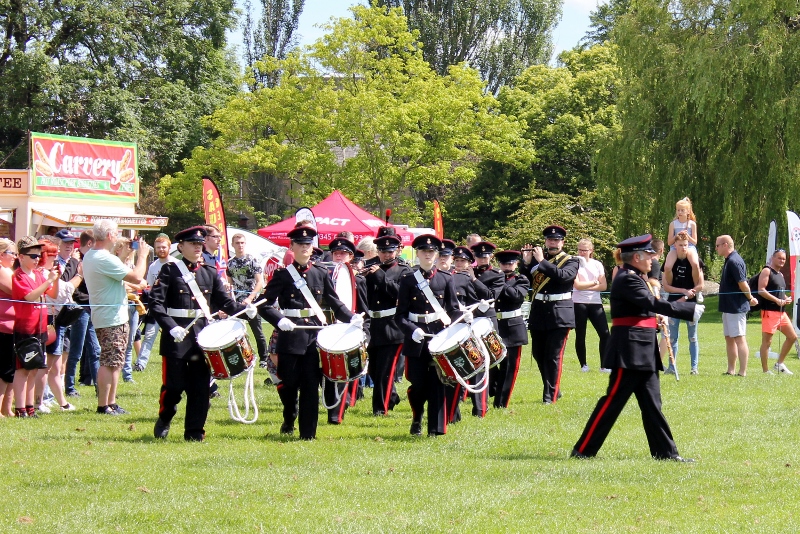 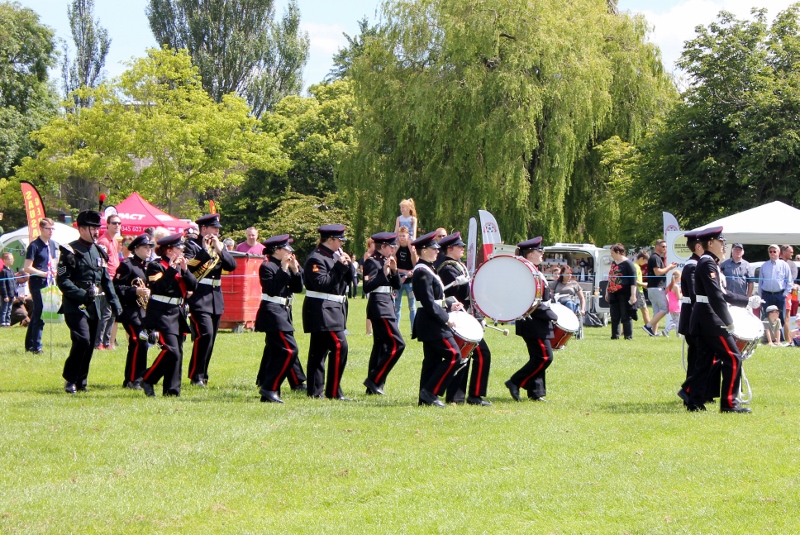 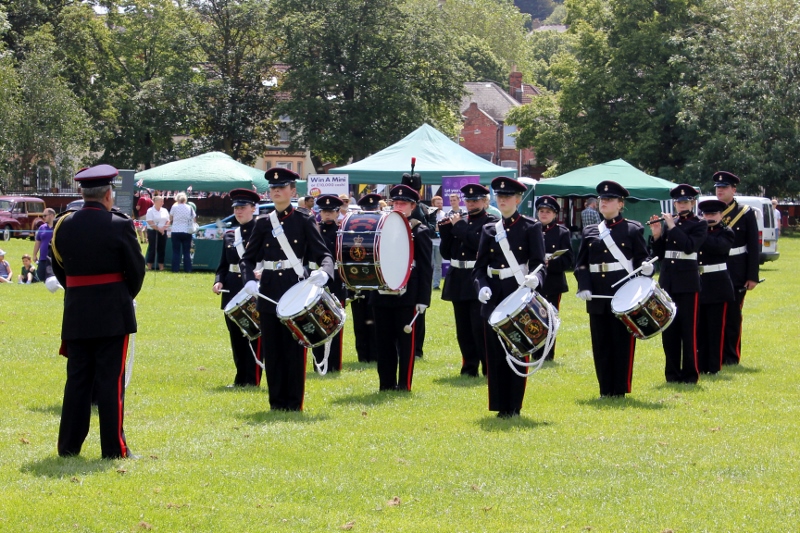 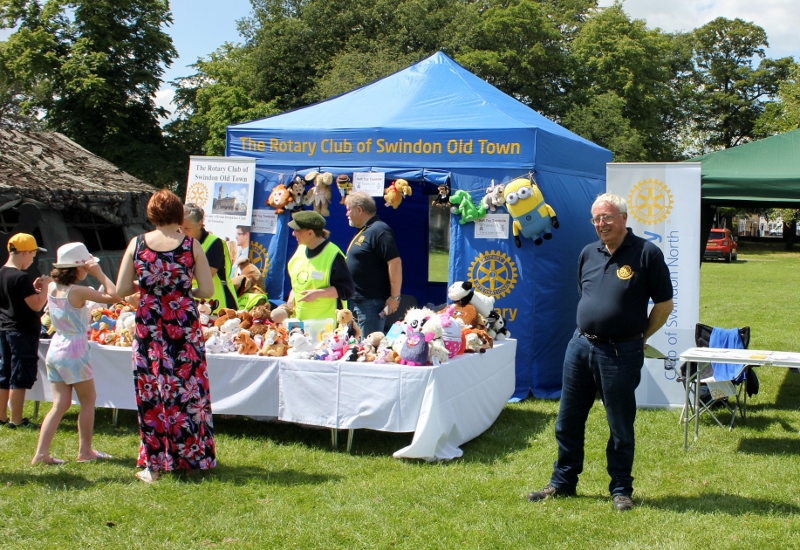 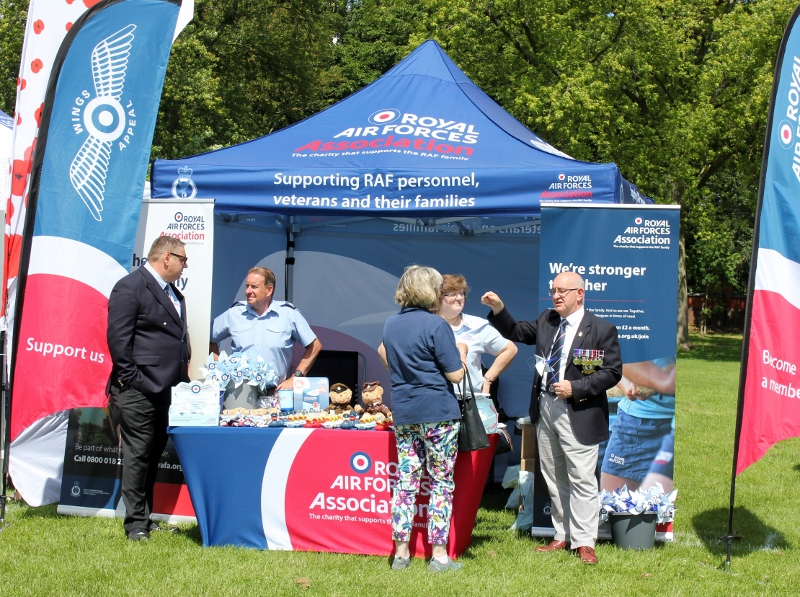 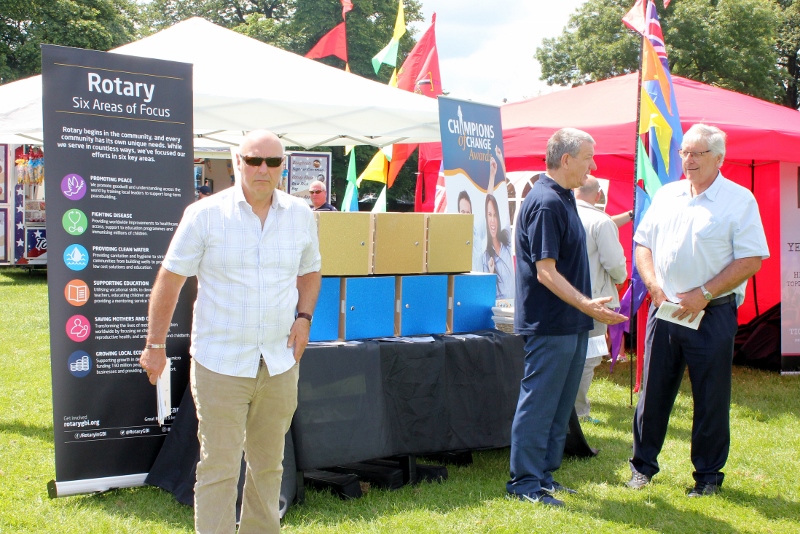 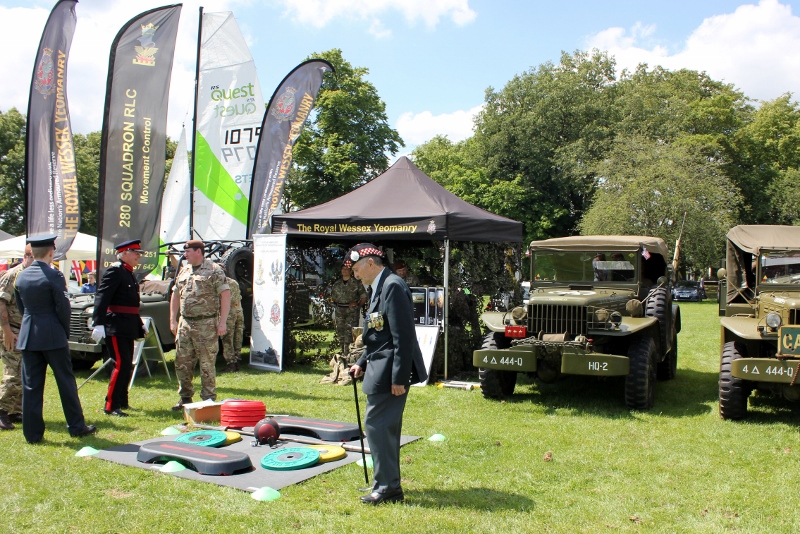 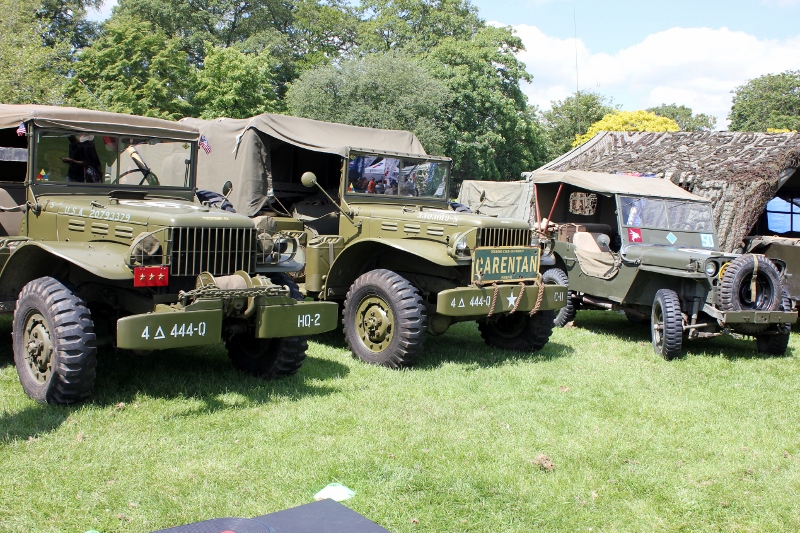 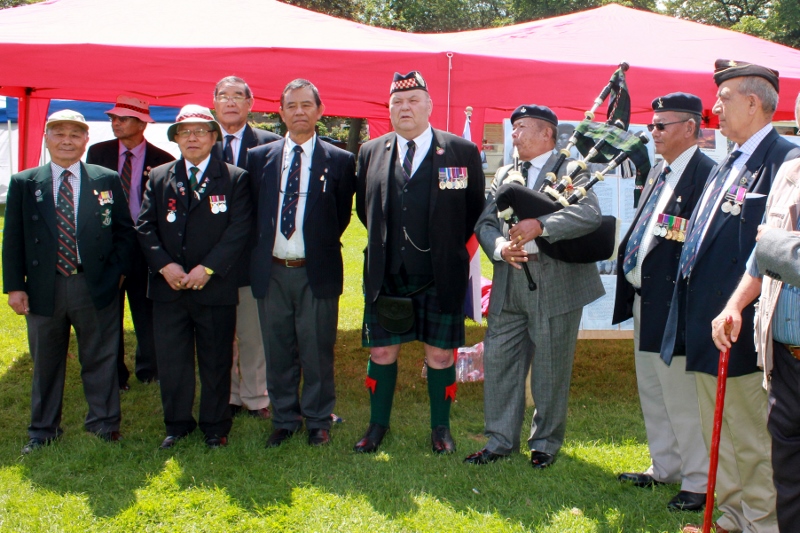 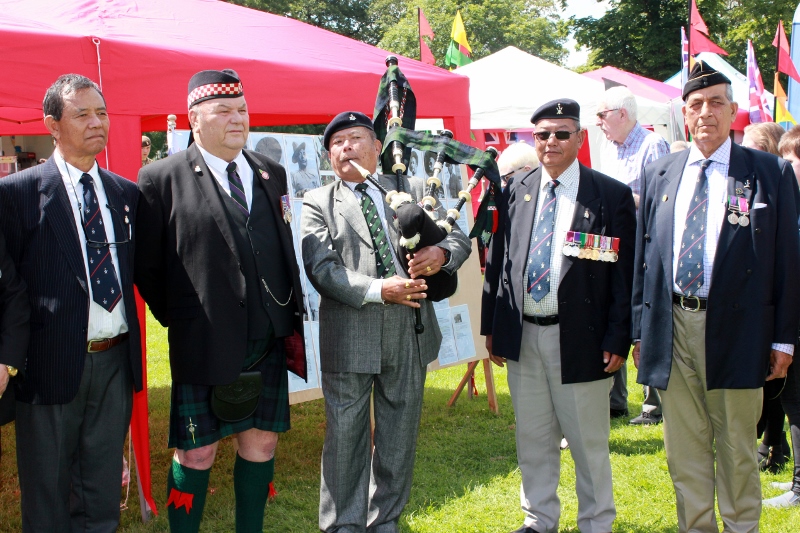 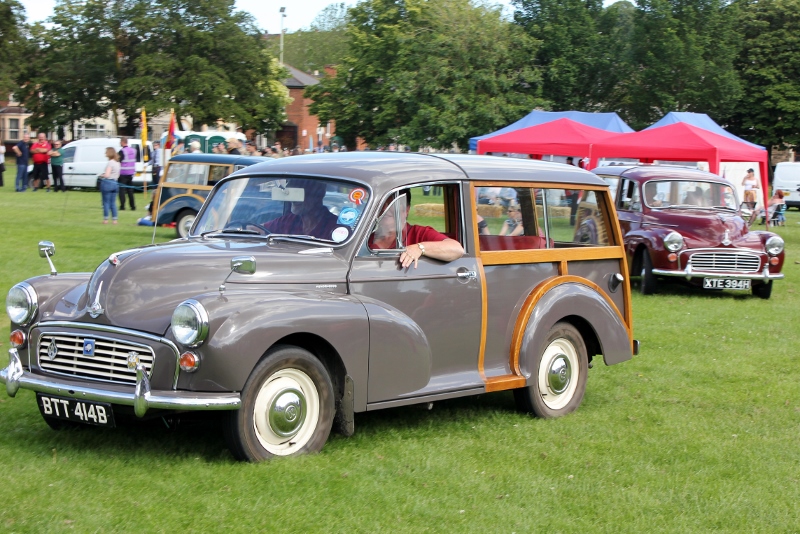 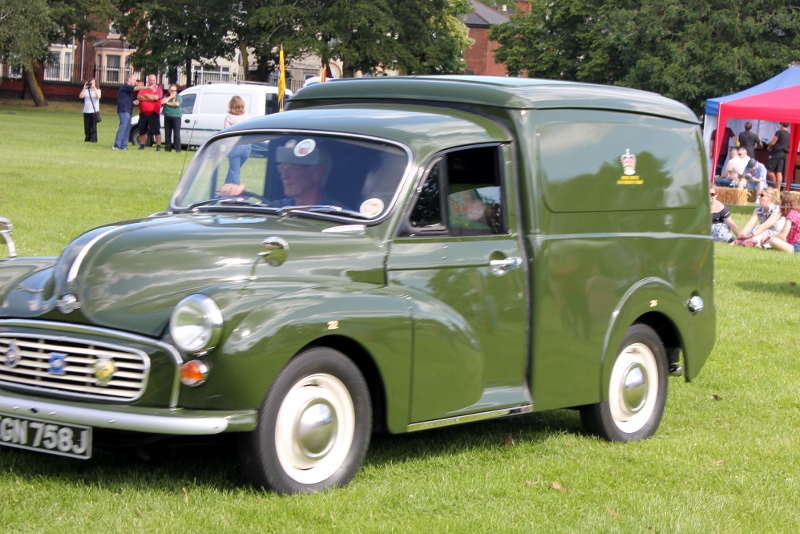 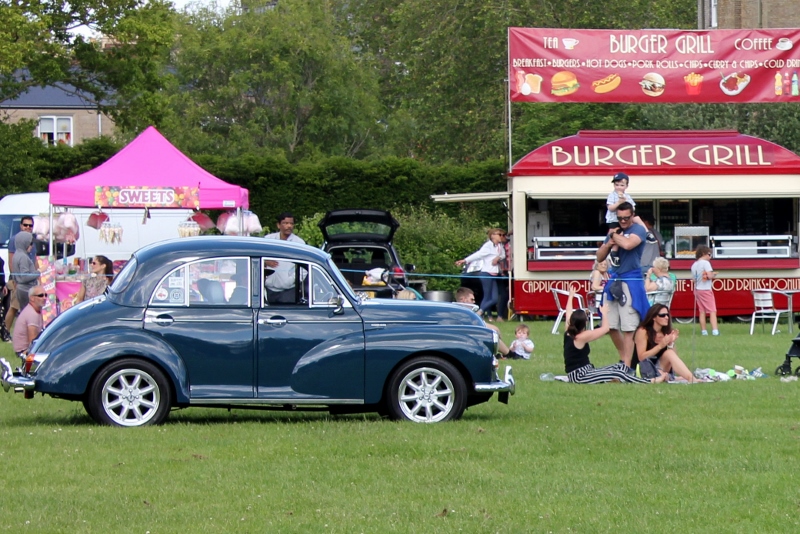 Swindon Armed Forces Day was held in Faringdon Road Park on Saturday 22nd June 2019 to celebrate the work of the Armed Forces and the dedication of the local military community.

It was opened jointly by the Deputy Lord Lieutenant of Wiltshire, Colonel James Arkell, Commanding Officer A Squadron The Royal Wiltshire Yeomanry (1996 to 2002); the Mayor of Swindon Councillor Kevin Parry; and the Armed Forces Day patron the Rt Hon Robert Buckland QC Member of Parliament for South Swindon.

An Act of Rembrance followed with the start and finish of a 2-minute silence signalled by firing a field gun.

Static displays around the Park included Army reservists, the RAF and the Royal British Legion.  And the Swindon Rotary Clubs – Swindon North, Swindon Old Town, Swindon Thamesdown – were fund-raising and promoting the work of Rotary.

Military bands and marching displays were on show in the arena and other entertainment included a tug of war, Morris Dancers and the local Morris Minor Car Club.

Commentary during the day was provided by Shirley Ludford and Howard Taylor from the Swindon 105.5FM caravan.

The sunny and dry weather attracted hundreds of visitors.

Armed Forces Days take place around the Country on the last Saturday each June.  In 2019 the celebrations begin on Monday 24 June (why was Swindon's before that we ask?) when the Armed Forces Day flag is raised on buildings and famous landmarks around the country.  The National Event will be held in Salisbury this year and in Scarborough next year. Local events also take place across the country.