For nearly forty years of my working life I was a dairy farmer at Peel Park, Brandsby near York with my wife Ann and two daughters. The renowned “Peel Park Holsteins” herd of 250 pedigree dairy cows was developed culminating with the farm being crowned the Yorkshire Agricultural Society’s Farm of the Year Award in 2000. My interest in cattle bloodlines and pedigrees was rewarded when I became the first British Holstein Society member to achieve “Master Breeder” status twice.

When my father, Allan, passed away in 2012 I came across a number of ancestral charts he had been given thirty years previously. Having left behind the world of getting up for morning milking, and fuelled by my own interest in breeding combined with my parents’ similar fascination with sheepdog pedigrees I decided it was time to trace back my parental family lineage and in doing so came up with more revelations than the TV series Who Do You Think You Are?

Since I began to research my family tree, which has uncovered a rich seam of history, I have now been able to document and publish a number of books. The resultant feed-back has led to the discovery of a wealth of information and friendships with newly found relatives around the world. 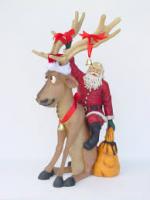 Projects beyond our Community

An overview of the Club and activities 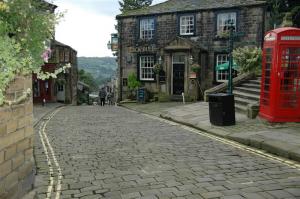 Visiting the area? These are a few photographs of the local area