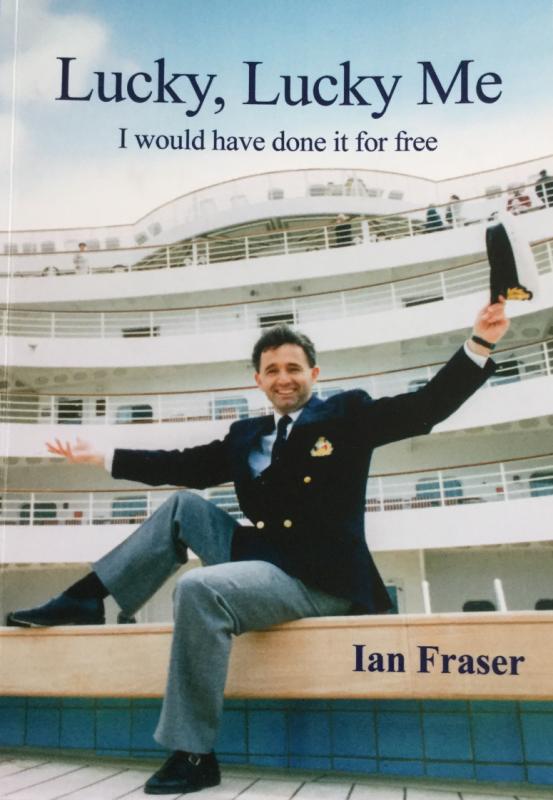 At their latest meeting, Hawick's Rotarians were treated to a most entertaining talk by local resident Ian Fraser. After an early period of being on stage as an entertainer, Ian applied for a post with P & O, which took him to Sydney, Australia and the cruise ship Oriana. A few years later he became the ship's Cruise Director. Although he sailed with other ships, Oriana always was special for him.

Ian recounted the story of auditioning for this first position, and then many others of mishaps with microphones, of swimming pools leaking into show lounges, and of novices taking the microphone for the first time. He spoke with great enthusiasm of his role in hosting tables at dinner, of supervising deck games, and of perks such as playing golf courses across the world, perhaps for free as he would be with the ship's captain!

Ian retired fourteen years ago, and settled in Hawick, but writing a book on his experiences recently, with the help of his sister, the well-known Gilly Fraser, and of Lesley Fraser of ILF Imaging, has led to his taking part in several cruises where he gives talks on those memories. The book's title Lucky Lucky Me reveals how he feels about his career, and that enthusiasm was very much apparent in his talk to the Club.

Questions followed, and reference was made to others with local connections (David McLeod, Grant McClusky, Barry and Sarah Scott) who have been members of cruise ship crews, before Ron Smith led a well-deserved vote-of-thanks.