For International Service in Eradication of Polio well done Keith! 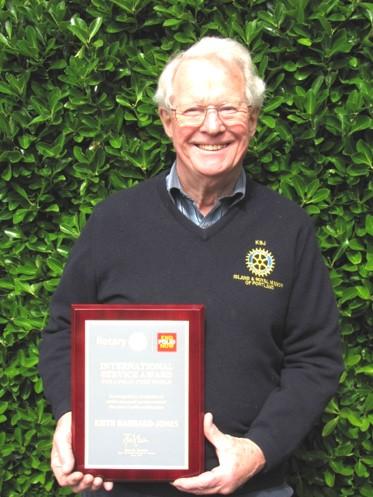 I have been asked about the award that was presented to me at the district Assembly.

Each year the International Polio Plus Committee, as part of the GPEI – Global Polio Eradication Initiative – presents a number of international awards to people who, in their opinion, have done something to help fight polio.

I actually sat on the Awards Committee when I was a member of the IPPC for six years.  I have since moved on to another Committee designed to oversee the final phases of the fight to eradicate polio.

I don’t normally like showing off awards, but I was asked about this one and we do need to keep putting over the twin messages of Polio still exists and Polio is only a plane-fire away.

It only needs one child incubating the disease to travel to a country or community where the immunisation levels are low (and there are lots of them) and, bingo, a polio epidemic exists.