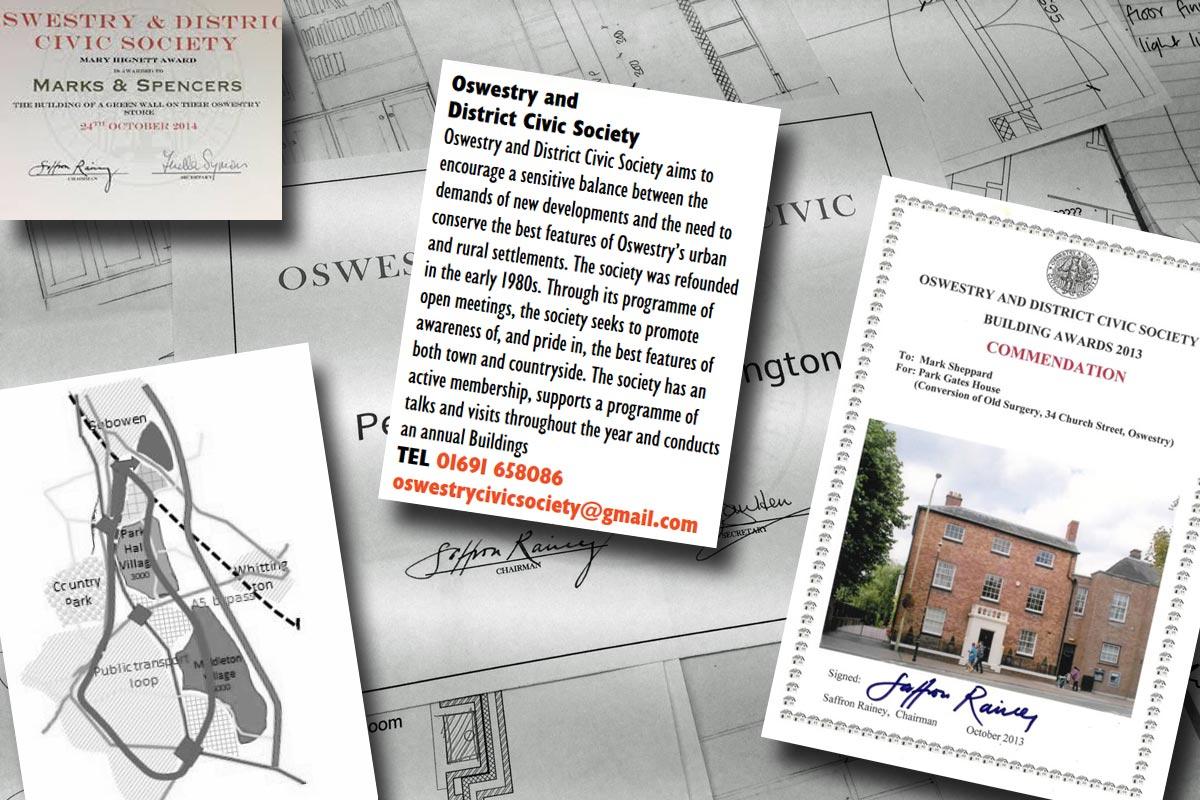 Oswestry and District Civic Society have met to discuss the possibility of forward planning until 2050.

The plans were presented to large audience including town and parish councillors, as well as residents, all keen to hear how the Society believe Shropshire Council should plan the future of the area in a meeting led by chairman Saffron Rainey.

Oswestry Civic Society want to look at "the big picture", as members believe that Shropshire Council's current Local Plan Review, which reviews plans until 2036, is not sufficient.

The Society has estimated that by 2050, the population of Oswestry could be between 34.000 and 35,000, and has looked at the implications of this growth – and how they can make the town better for the increasing population.

The 2050 scheme would make Oswestry, Gobowen and Whittington more self-sustaining and make the best of their assets.

It would focus on the economic and ecological benefits of the area – for example improving the walking and cycling links between the towns.

David Ward, the planning adviser for Oswestry Civic Society, said: "The growth could be far more effective in making Oswestry a successful and thriving town.

"Housing and major employers, particularly the Orthopaedic Hospital, could be effectively linked by good public transport.

"We could also expand the town shops and other facilities, and protect major assets like the Oswestry Hillfort by making it the centre of a county park, it would remove future threats for the town's much-loved heritage."

Mr Ward discussed creating new communities between Oswestry, Gobowen and Whittington that would have a local hub to encourage more people to move to the area.

"These new communities could become an identifiable village with transport hubs and a local centre – we feel that the Shropshire Local Plan do not think about transport links," said Mr Ward.

The "big picture" also looks at how to improve the A5 by creating a singly carriageway that runs beyond Gledrid from Mile End to take traffic off present routes.

"We believe that future generations will have a far better town if realistic plans are made," continued Mr Ward.

The Civic Society is asking councillors to work together and discuss the potential of the 2050 scheme.