Visit to our twin club of Vlaardingen 80 in the Netherlands

Of the 24 members of Bradford Blaize 17 members were able to make the trip to Vlaardingen in The Netherlands to visit our twin club Vlaardingen80 (VL80).

In fact one member was so keen to visit old friends that he dashed out of the baggage claim area without his suitcase, but thankfully was quickly re-united with his possessions.

To see photographs of the visit please click here

The weekend started as it continued with perfect organisation by our friends who were all waiting as promised for the train from Schipol that arrived with usual Dutch efficiency. From the station it was but a short hop to the Delta hotel, which was to be our base for the weekend. Here we met up with the early arrivals and the rest of the members of VL80 for a few drinks and a lot of greeting and kisses with old and new friends alike. Our newest member John Watson threw himself into the 3 kisses per lady with great gusto.

The next morning after a leisurely breakfast it was off to visit the Shipyard de Delft where a reconstruction is underway of the Delft battleship that was destroyed in October 1797 by the British Navy. Thankfully our two countries are now firm friends and this tour of the shipyard helped to cement this friendship. It is difficult to describe the size and complexity of the reconstruction that is under way and as a photograph is worth a thousand words you are invited to follow the link at the top of the page to the photograph gallery of the visit.

After the visit to the shipyard Blaize members were then escorted by their VL80 hosts to whatever it was that most interested them in the Rotterdam / Vlaardingen area. Some chose to go up the Euromast tower, while others visited museums or art galleries and yet others decided to visit the lovely old town centre of Vlaardingen. Then it was back to base for a short rest and a wash before we were all spirited away for dinner.

The dinner was an Indonesian buffet at the headquarters of Madern International BV owned by VL80 member Jean Madern who unfortunately could not be with us as he was away on business. Everybody had a thoroughly enjoyable evening talking with old friends and making new ones. The two presidents Siem van der Marel and Alan Morrell were so enthusiastic that they ended up on addressing the 2 clubs from on top of the tables.

The next morning dawned with a few heavy heads at breakfast but after a few cups of coffee all were ready for yet another full day of activities. First we were transported to the Hook of Holland to visit the Maeslant Storm Surge Barrier. This tidal barrier (along with the Delta Dyke system) is designed to stop high tides from flooding the low lying areas around Rotterdam and causing havoc as was the case in the great flood disaster of 1953 when over 1,800 people died. The gates are designed to close automatically when the computer system detects a series of conditions that are likely to lead to flooding. The barrier consists of two hollow semi-circular gates attached by means of steel arms to a pivotal point on both banks. Each gate is 210 Metres long and 22 Metres high and pivots on a single ball joint which is a massive 10metres in diameter some 3 times larger than the biggest ball joint ever previously built. Again only the photographs in the gallery can convey the true size of these mammoths.

From the storm barrier it was back to the Delta Hotel where the Party Ship Diane was waiting to take us on a tour of the harbours around Rotterdam and Vlaardingen. Not only did this give us the chance to view some of the sights that we had already seen from the land but also a fine repast was provided as well.

Then it was back to the Delta to pick up our cases and head back to Schipol for what turned out to be a delayed flight on the airline known to our Dutch friends as "Jet 2 Late". All Blaize members had a most enjoyable weekend and our thanks go out to President Siem and all his members at VL80 who made it such a memorable time. 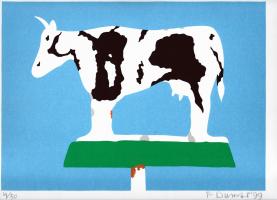 more Approximately every 18 month to 2 years either we visit Vlaardingen or they visit us and this time it was the turn of Blaize members to go to the Netherlands. 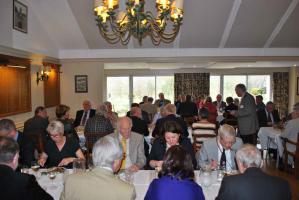 Visit from our Twin Club Vlaardingen 80

more Our twin club Vlaardingen 80 based in the town of Vlaardingen just outside Rotterdam in the Netherlands visited us on one of the regular (approximately every 3 year) visits. We have been twinned with them for 30 years.

more The Blaize Golf team played their annual match with our good friends from our twin Club of Vlaardingen 80.

back We used to be twinned with this Rotary Club who are based in the Dutch town of Vlaardingen just outside Rotterdam.