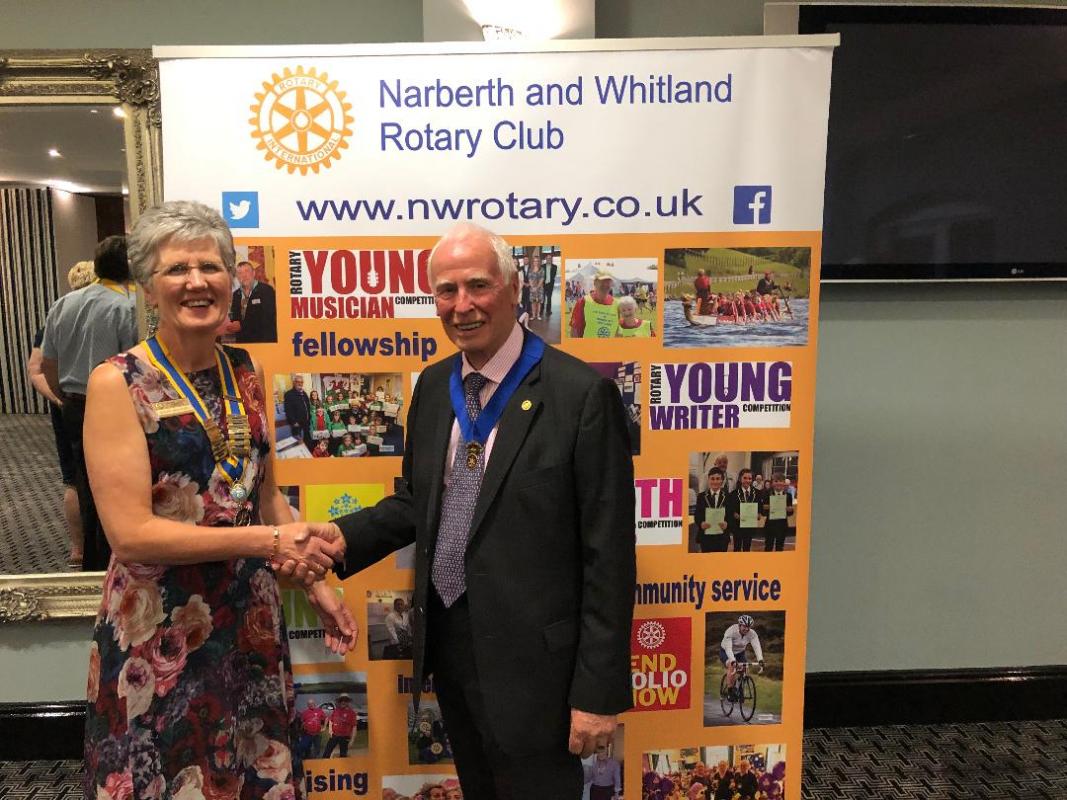 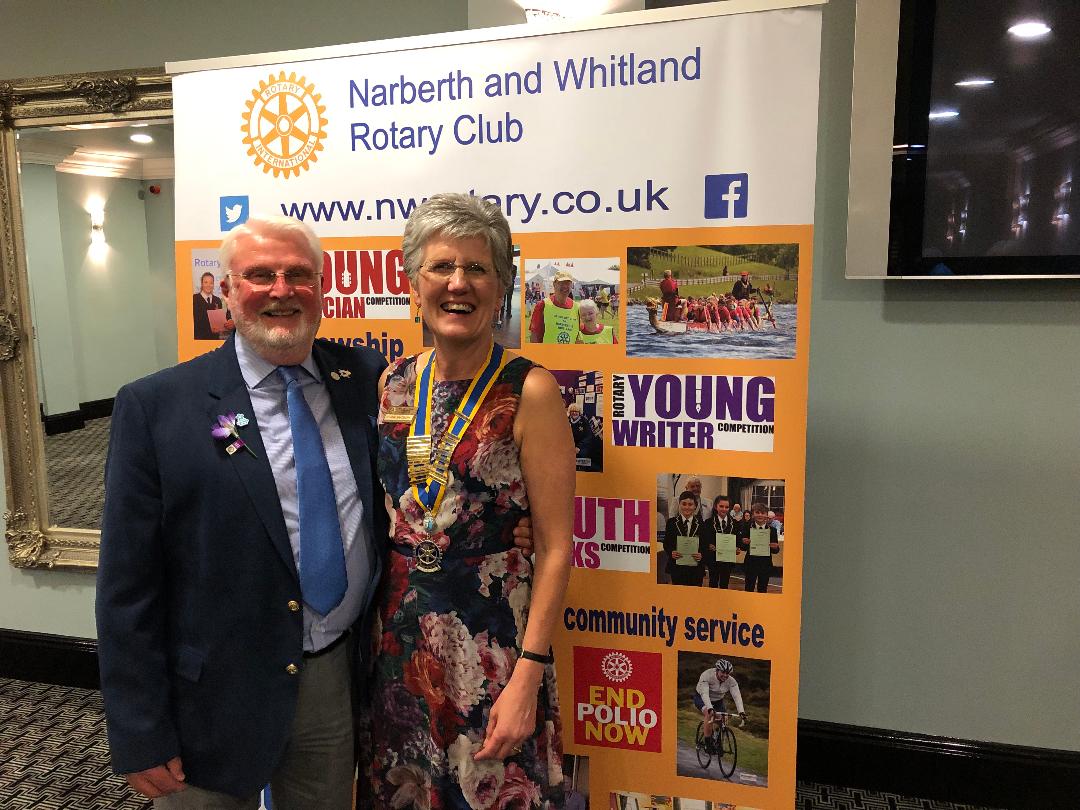 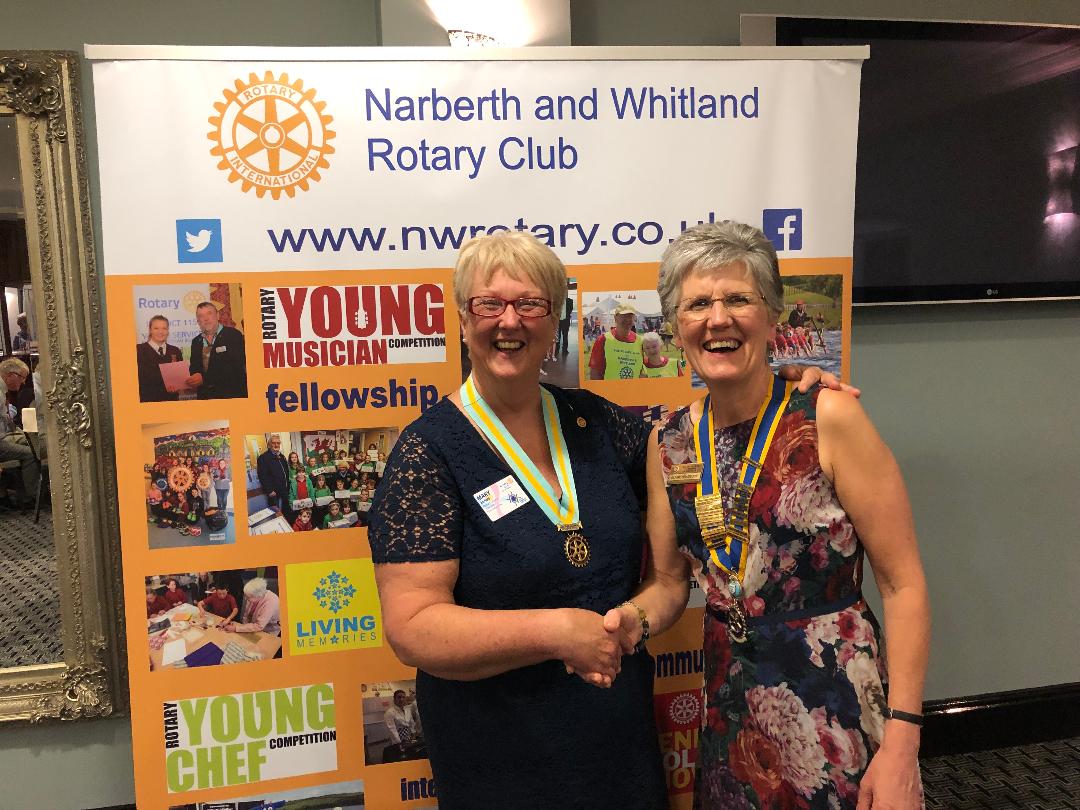 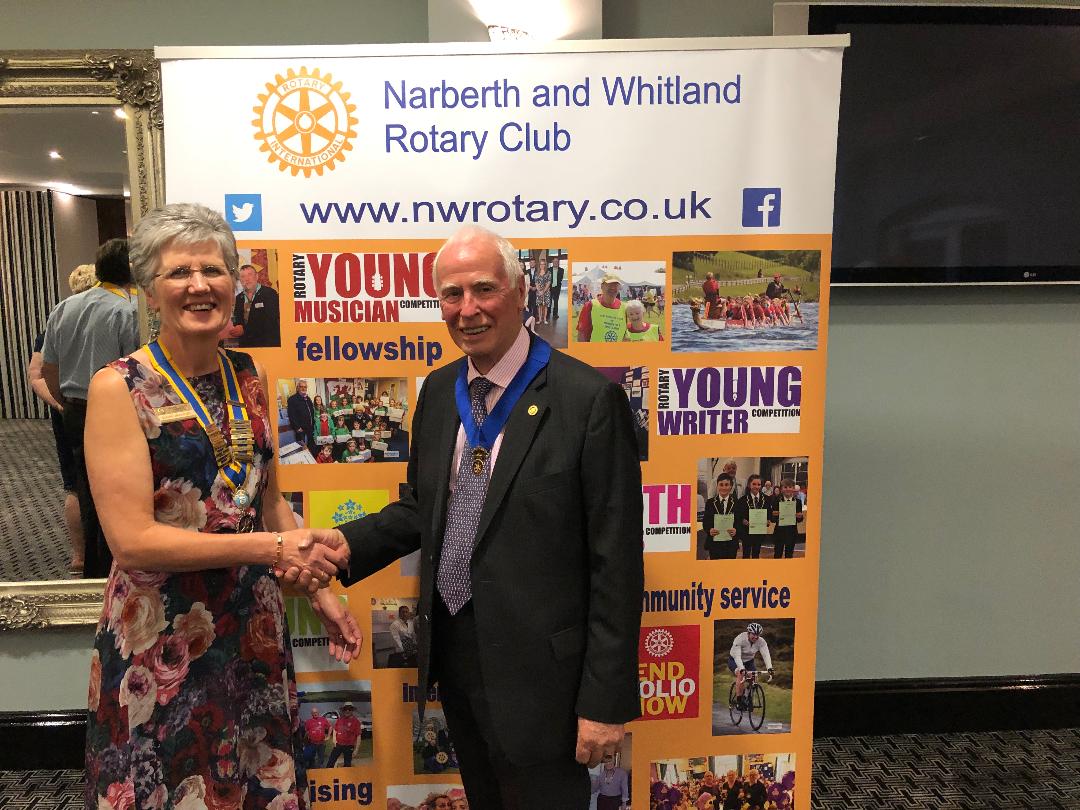 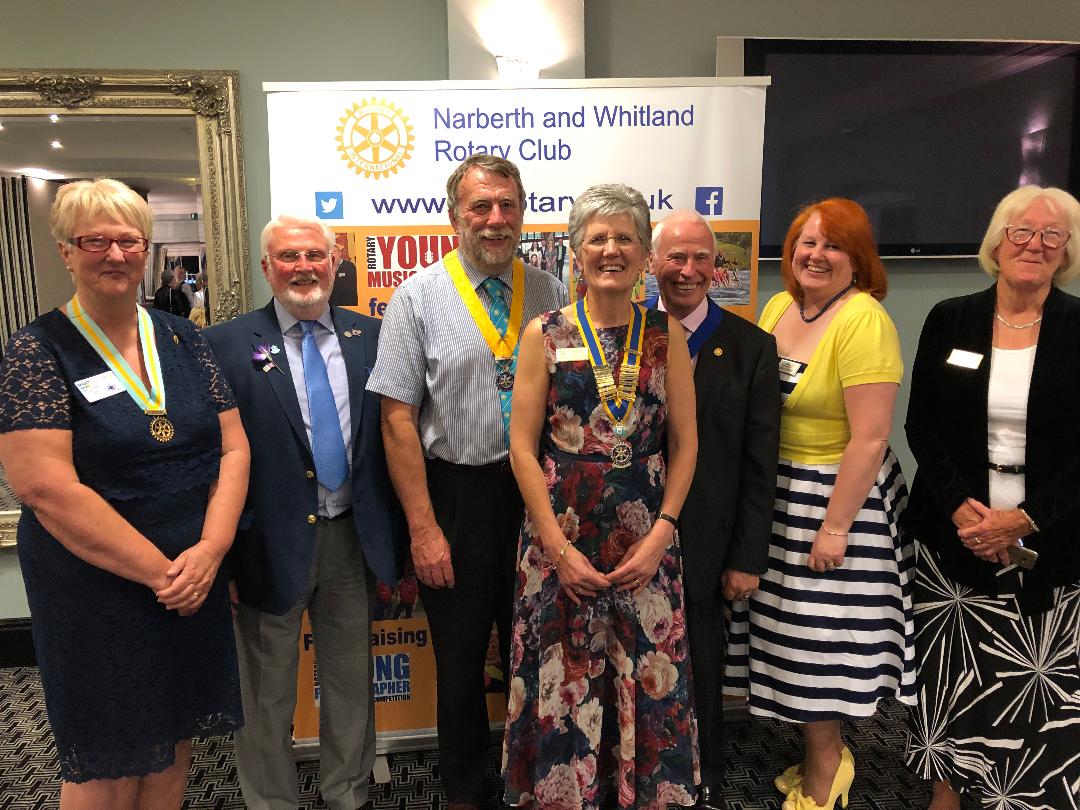 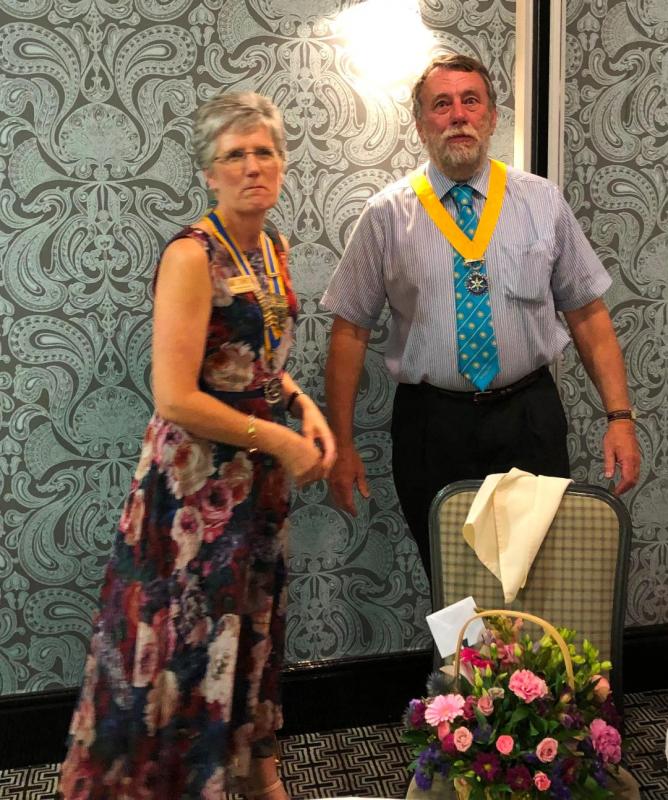 OUT WITH THE OLD AND IN WITH THE NEW.

At the beginning of July all Rotary clubs install their President for the year 2019-2020 and this takes place at a club handover dinner.

The Plas Hotel in Narberth was the setting for Rotarian President Elect Elaine Bradbury to take over the running of the Narberth & Whitland Rotary Club when she was installed with the President’s chain of office from President Tony Ensom who is now referred to as The Immediate Past President.

Club members and their partners were joined with some distinguished guests and a group of ladies who used to belong to the now-disbanded Inner Wheel Club of narberth & Whitland.

It was a fine evening at which good fellowship was enjoyed during an excellent meal created by new chef at the Plas, Mr Carl Jones Hughes and served by smartly-dressed staff under the watchful eyes of manager Tim Commons.

In handing over to Elaine, Tony thanked the officers of the club and the members for supporting him throughout the past twelve months. In particular Secretary Sue Pridmore was praised for coping with some difficult administration issues during her recent family bereavement and as a token he presented her with a beautiful bouquet of flowers. Elected President Elaine was also pleased to receive a similar display from her female colleagues of the former Inner wheel Club gracefully Presented by Mrs Pearl Holding who is also a Paul Harris Fellow of the Rotary Movement.

During the evening , District Governor Peter Hamilton spoke eloquently about the success of the Narberth & Whitland Rotary Club. He highlighted that the work of Assistant Governor Mary Adams from the club along with supporting members under the direction of Tony Ensom had created four RotaKids clubs linked with local Primary Schools. He remarked that in the Wales Rotary movement the Pembrokeshire club had become a beacon to other clubs and was a leading light in good worthwhile projects which were of great benefit to the local community.

No doubt the good work will continue under the inspired leadership of Elaine.