The State of Scottish Sport 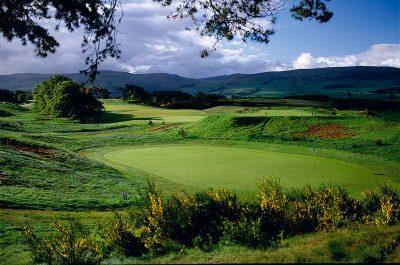 DONALD FORD was born in Linlithgow in 1944 into a sporting family. His father, a veterinary surgeon, won three Scottish caps at cricket, his elder brother Malcolm won nineteen (both were also talented football players) while his mother boasted a Ladies’ Championship victory at Linlithgow Golf Club. It was football which took priority for Donald and in 1964, while halfway through a five year indenture to a firm of Edinburgh Chartered Accountants, he signed for Hearts, playing as an amateur until 1968 when, having passed his CA finals, he signed professional forms with the club.

He subsequently enjoyed a further seven seasons at Tynecastle, winning three League caps and three full Scottish caps (against West Germany, Wales and Czechoslovakia) to add to nine amateur caps and was a member of the Scotland World Cup squad at the finals in 1974. A knee injury brought his football career to an end in 1976. His cricketing career with West Lotihian County blossomed however, and in 1980, during his third year as captain of the club, he was included in Scotland’s first ever Benson & Hedges squad.

Professionally he continued to practise as an accountant in the business he had established in Linlithgow in 1968, and moved premises to Bathgate in the late 1980s. Increasing legislation from government and accounting bodies added to the considerable pressures on a sole practitioner. With a growing number of sleepless nights and total disillusionment with the profession, he sold his practice in 1991.

With enormous support from his wife Carol and members of the family, he then embarked on a new career in Scottish landscape photography. Working initially from home, using a mobile gallery to take his portfolio around Scotland to find out if it was marketable, the recession of the early 1990s and stiff competition already in the marketplace made survival difficult.

A turning point came in 1994, however, when he and Carol bought an old property in South Queensferry and opened the Donald Ford Gallery. He began publishing his work and his first Scottish calendar for 1996 went on sale with all 4,500 copies selling out.

Since then, several large books of both his landscape and golf photography have been published, together with diaries, address books and calendars, many of which have gone all over the world. The print run of calendars for 2012 – in excess of 25,000 copies – was again in great demand. His work is widely distributed to both private and corporate sources and the annual publications of his Scottish golf course photography, in particular, are now acknowledged as the finest available.

He has gained recognition as one of Scotland’s outstanding photographers of golf courses, including the more modest as well as the household names. Many of his photographs feature in magazines, club brochures, annual handbooks on Scottish Golf, and of course, in Donald’s own publications.

His strength of composition and obvious love of Scotland’s kaleidoscopic characteristics are major features of his photography. Never better are they evidenced than in some wonderful shots of early morning light on many of Scotland’s finest links, from his favourite haunts amidst the unique landscape of Assynt, or aboard any of the Hebridean Isles – Inner and Outer – whose fantastic lightscapes turn the west coast into a photographer’s dream.